In contrast, the maximum temperature on the summer's day that the photos in the photo-essay below were taken was 34 degrees Celsius!  Consequently, even though the fire lookout my hiking buddy and I climbed up that day is only atop a 300 meter high hill up in northeast Hong Kong, trust me when I say that we felt quite a sense of achievement -- as well as were bathed in sweat -- when we got up there.  And while the trail after we got down to Kuk Po was on the level side, the lack of tree and other overhead cover in the area is something that both my friend and I aren't going to be forgetting any time soon... ;b 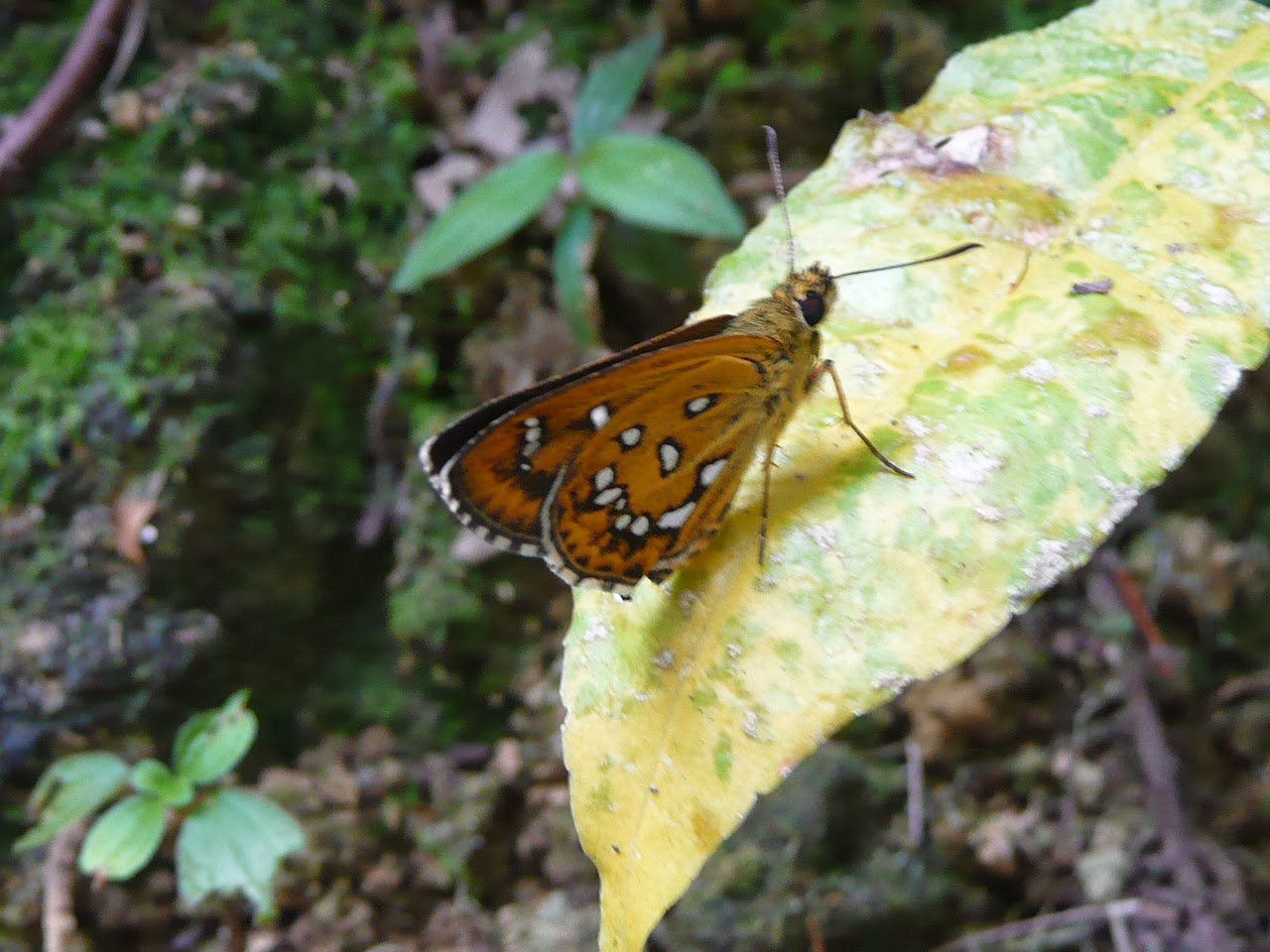 I didn't realize it when I took this photo but the
Shiny-spotted Bob is a very rare butterfly indeed! 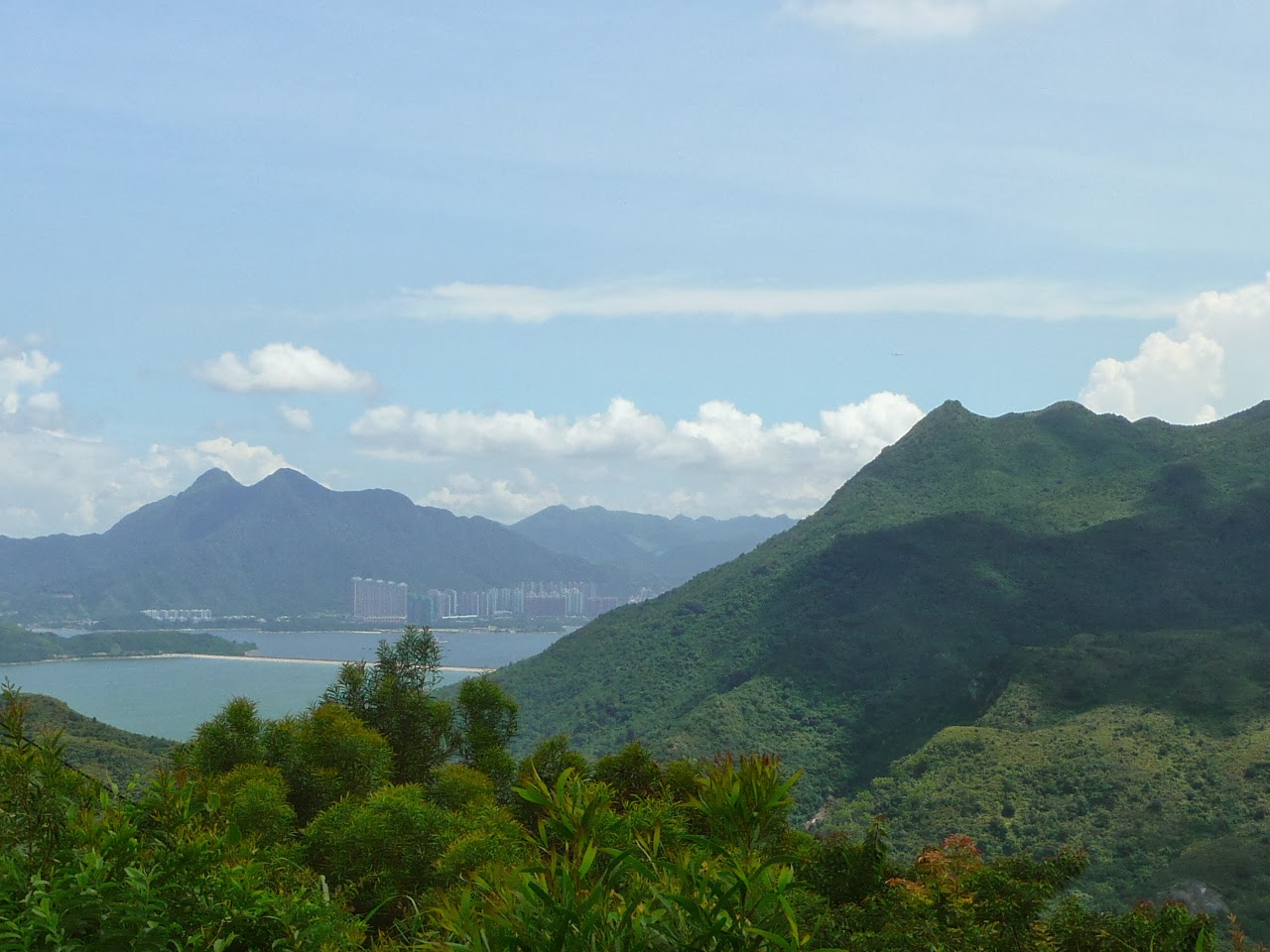 The view southwards from the hill takes in part of
Pat Sin Leng, the Plover Cove Reservoir and
Tolo Harbour, and also Ma On Shan 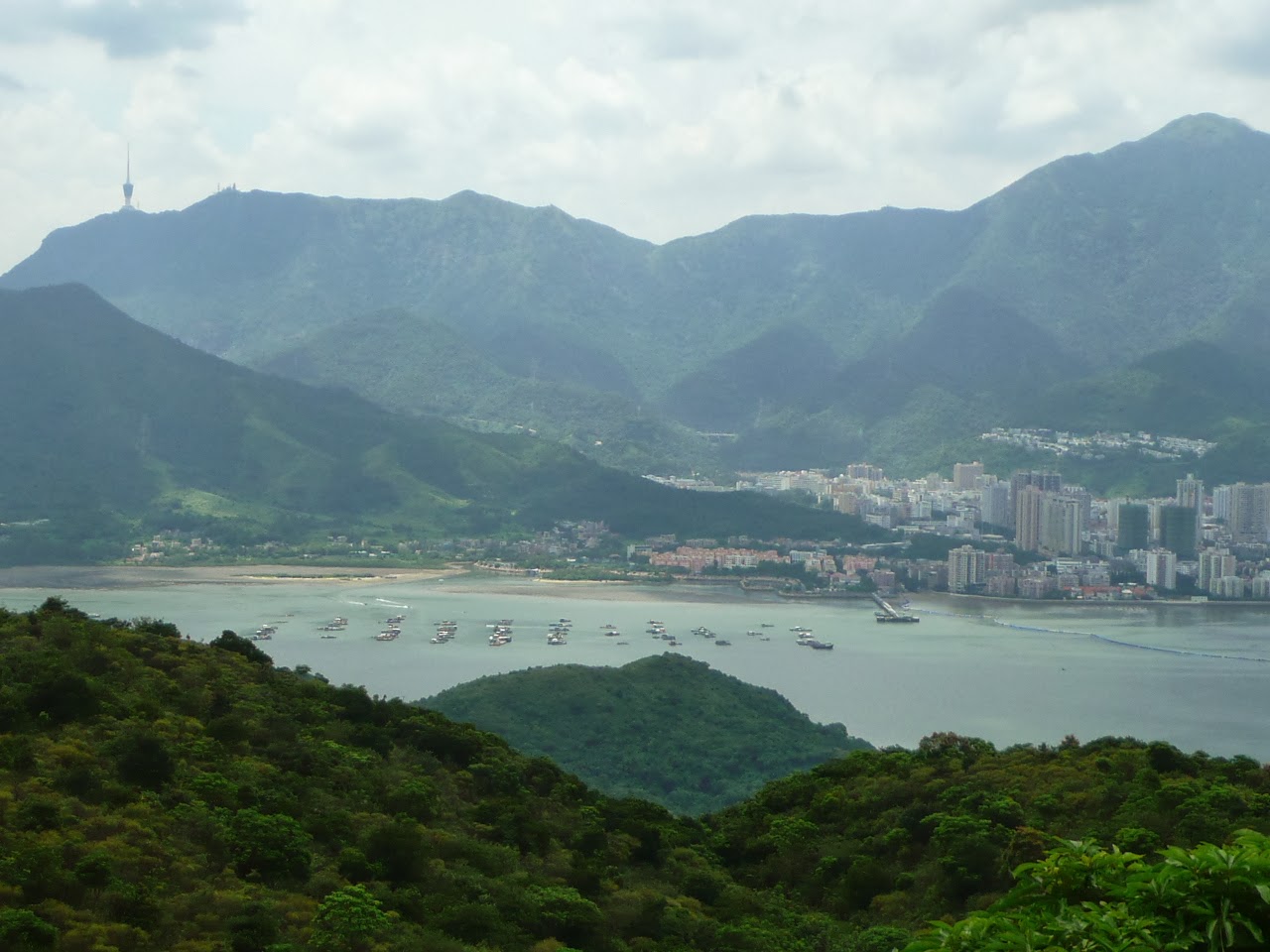 The view north from the fire lookout takes in the
Starling Inlet and, across it, mainland China 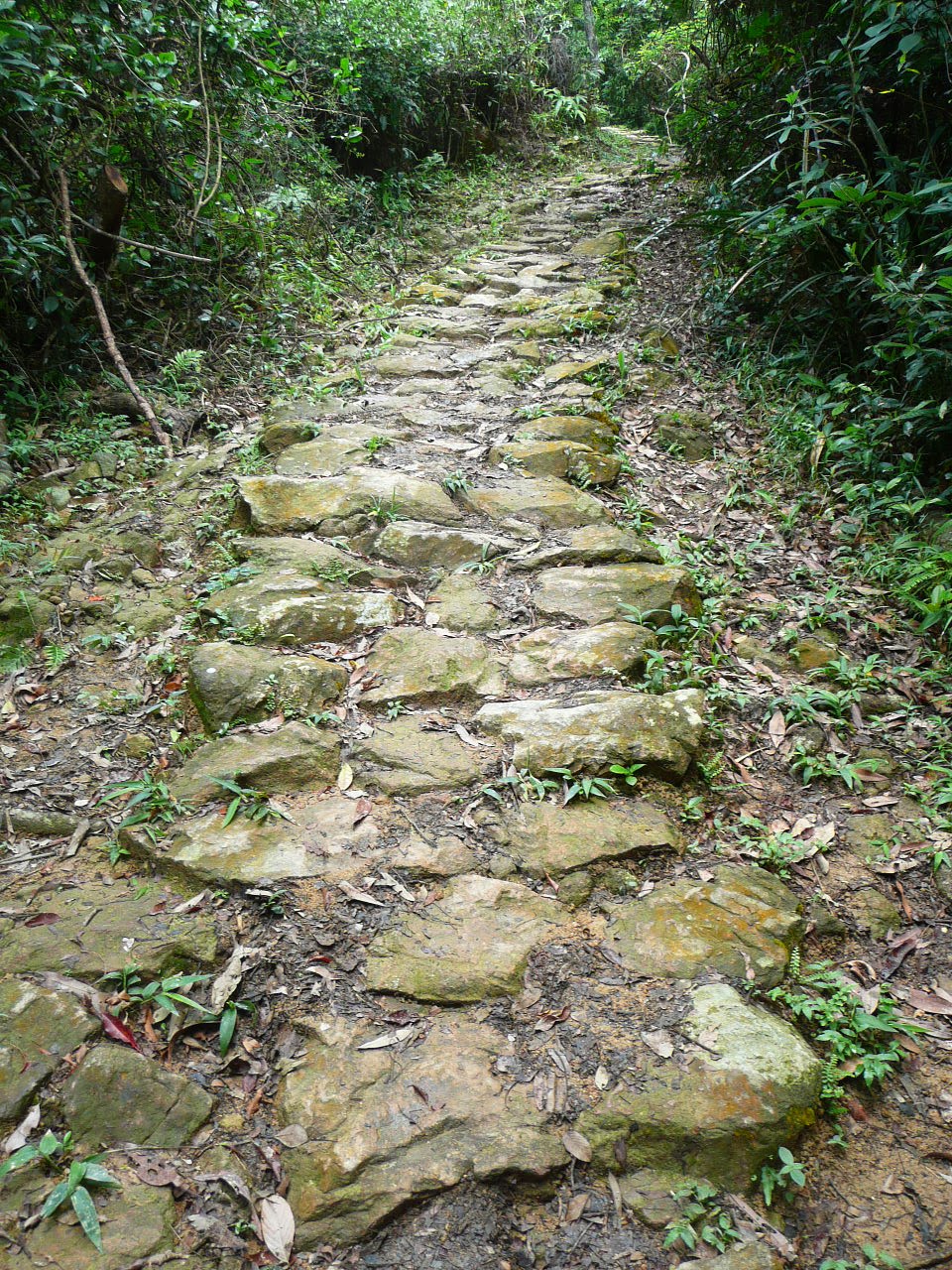 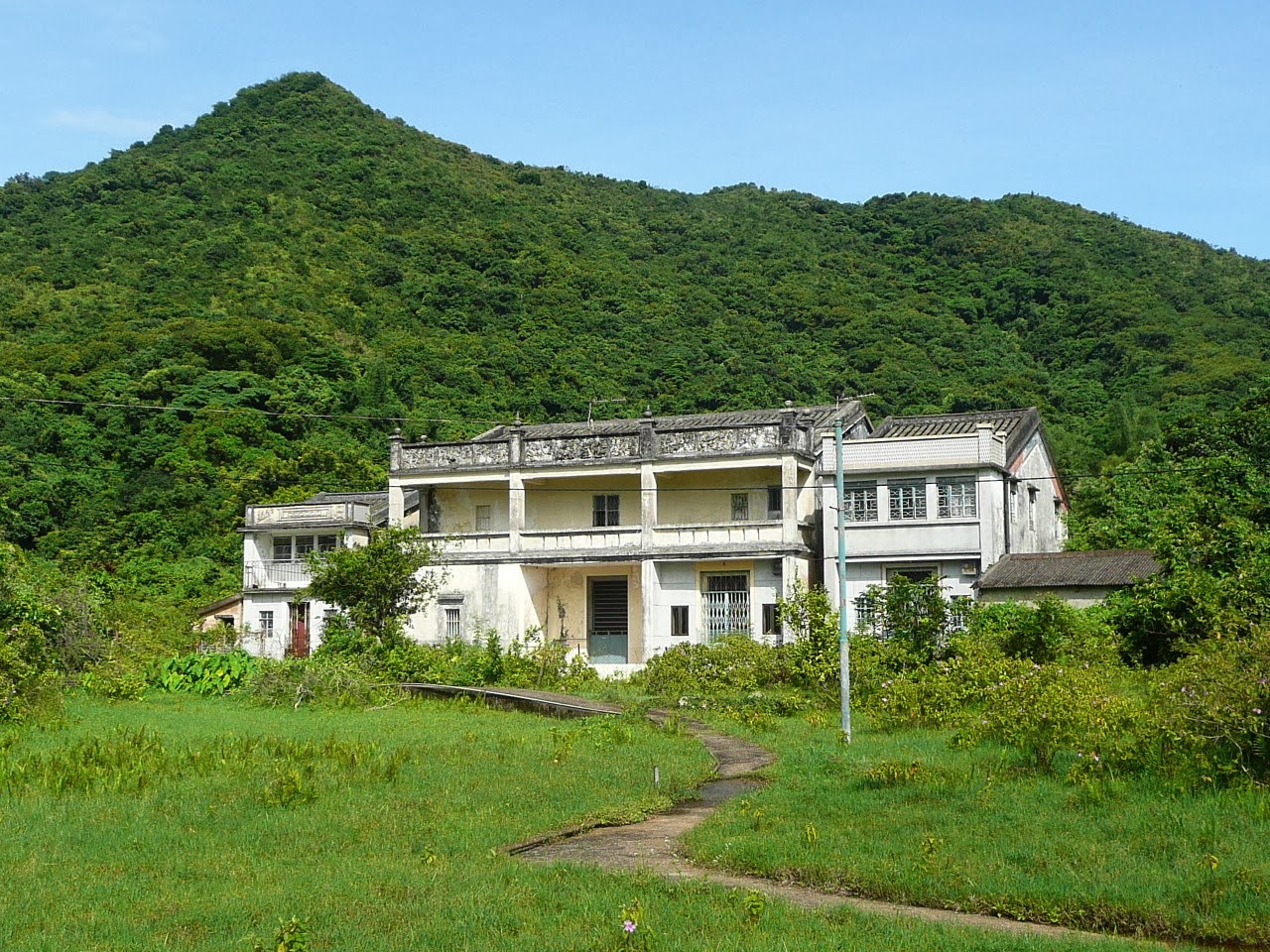 One would think that a beautiful building in a scenic location
would not be left abandoned but one would be wrong! 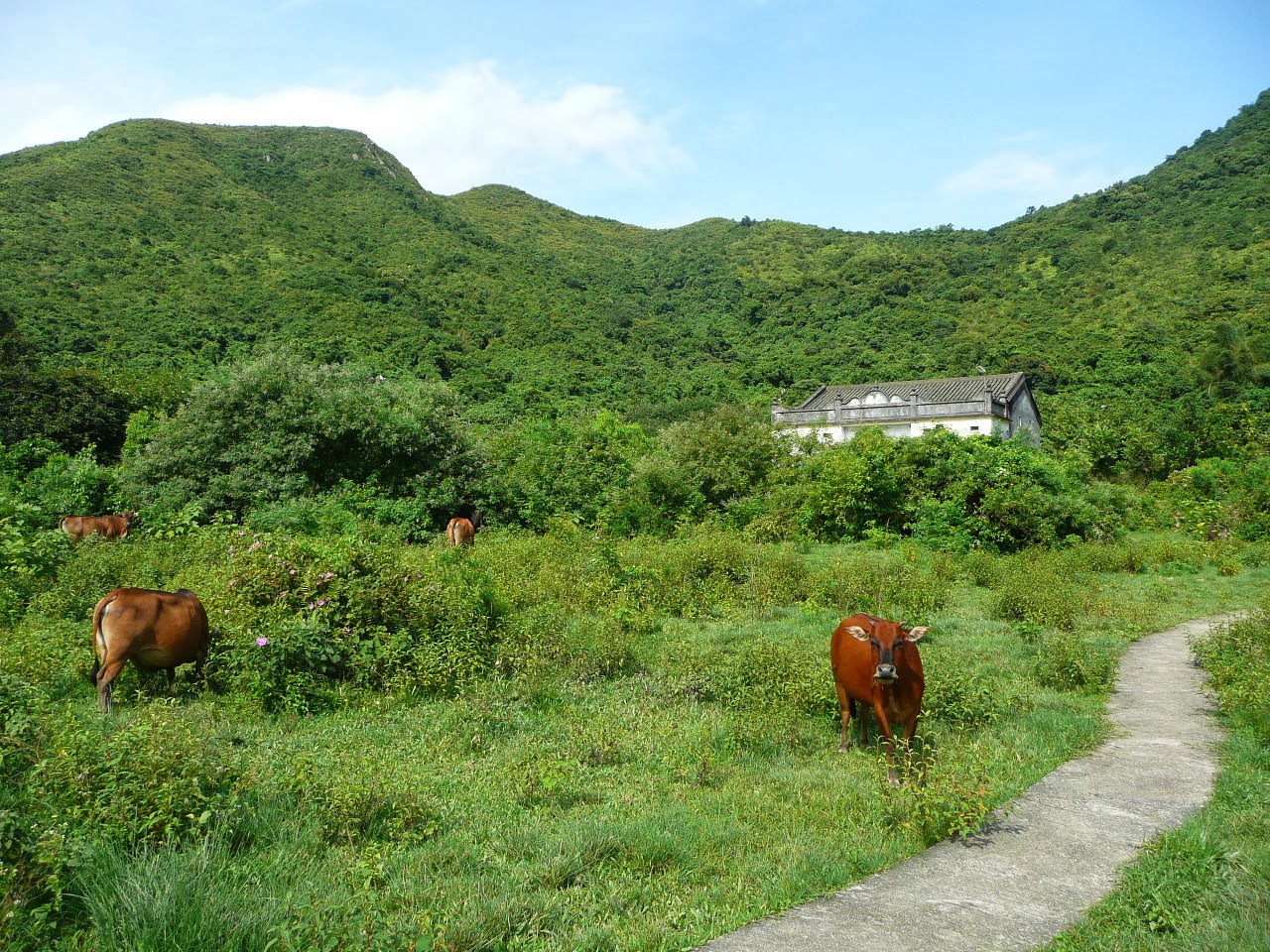 In this part of Hong Kong, one is as -- if not more -- likely to
come across feral cows than one's fellow humans! 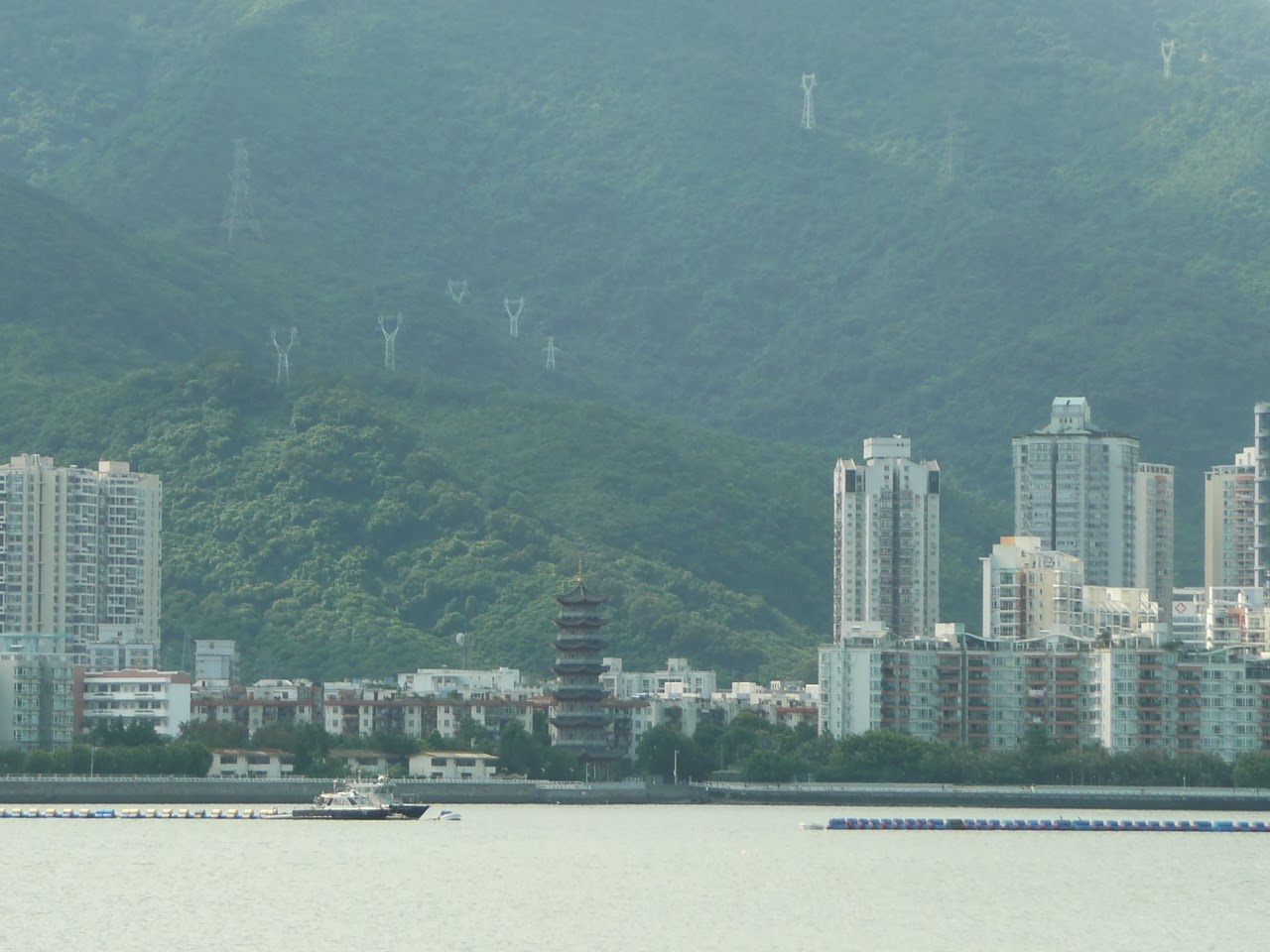 With the help of my zoom lens, Shenzhen really doesn't look
that far away from the shores of Hong Kong where I stood
when taking this photo! 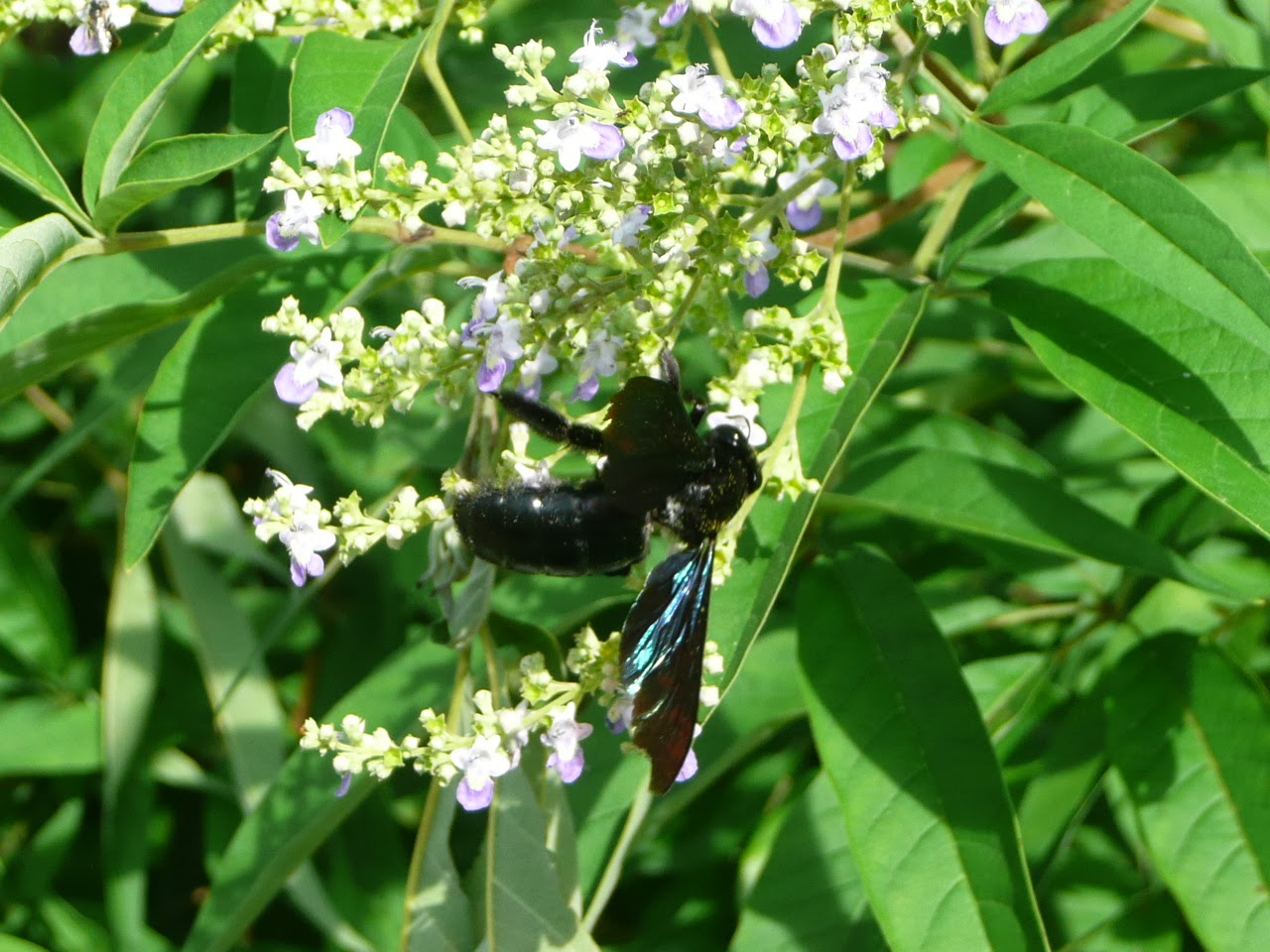 Concluding with another bug pic -- this one of a critter
whose shape got me thinking it's some type of wasp but whose
shiny nature I found very unusual as well as eye-catching...
Posted by YTSL at 8:27 PM

They are much worse than ordinal wasps or hornets. The sting of that shinning black bug is quite poisonous. It might cause extensive pain and swollen limbs at best, and could cause shock and might be fatal as worst.

Don't irritate them. If one of these bugs stings you, the rest of the school nearby will follow suit.

Second photo from the top is the one for me. A view of part of Pat Sin Leng, Plover Cove Reservoir, Tolo Harbour and Ma On Shan - all in one photo! What more could a photographer-hiker ask for?

You inspired me to research more on wasps in Hong Kong -- and I've found there are quite a few species, and that they indeed aren't all just predominantly yellow in color!

I wish there were (more) days in Hong Kong when it could be pleasantly cool AND have great visibility. But it often seems like it's more a case of either-or than both! ;(