To Pak Sha O and a satisfying hike's end (Photo-essay)

After the Sham Chung surprise, one could surmise that the rest of the approximately 13 kilometer hike that began at Sai Sha Road and passed through Yung Shue O before we made our way northwards and then eastwards into the interior of the Sai Kung Peninsula was on the anti-climactic side.

But while it'd be hard not to deny this, the fact of the matter is that certain sights along the last third of the trail would normally be hike high points.  To see what I mean, check out this third and final photo-essay of one of my favorite hikes gone on thus far in Hong Kong! 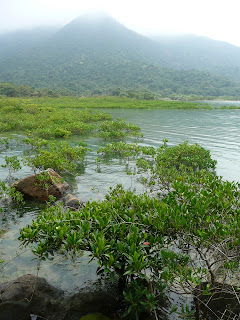 First, a recap in the form of a photo taken from
earlier in the misty day hike near Yung Shue O 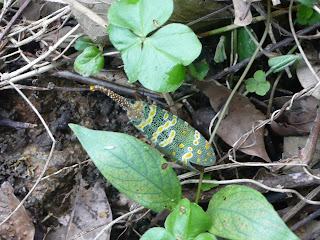 And because I think lantern bugs are so amazing looking,
here's a second photo of the one I spotted at Sham Chung! :b 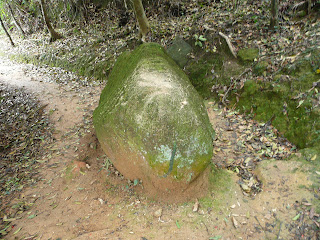 Back to the trail -- and yes, it seemed funny at the time to find
a trail to the right and left of this rock -- with scant thought
apparently having been given to removing it from its central location! 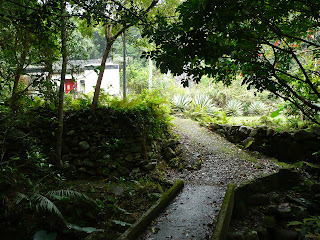 Before hike's end, my friends and I come across yet
another interesting village -- this one called Pak Sha O 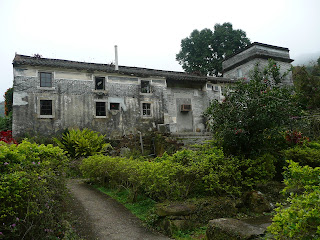 Formerly a Hakka village, Pak Sha O's residents
these days include expats as well as locals 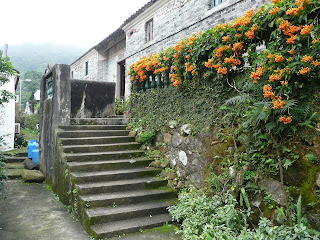 Although quieter than Yung Shue O, it definitely has
more signs of permanent habitation than Sham Chung 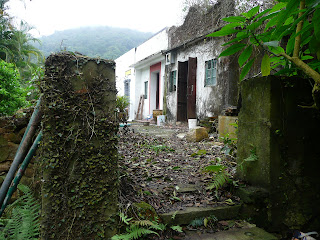 This being said, there are a few structures in the village
that look to be in a state of picturesque disrepair 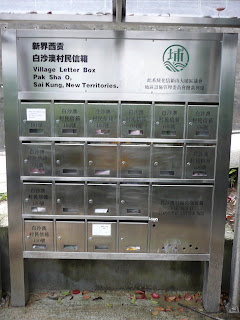 The village letter box gives a good idea
of how many households are living at Pak Sha O! :b
Posted by YTSL at 9:06 PM

Interesting photos. A trek through a village lost in time. Not necessarily the kind of place a hiker would want to go alone because it could be the setting of a ghost story.

My apologies for the late response. I've been away (from the internet, etc.) but now am back!

Pak Sha O's actually not that haunted feeling and is relatively close to a road. So would venture there by myself. Other places I've been to, including So Lo Pun, OTOH, I definitely wouldn't hike to alone!