On one of my early hikes in Hong Kong some years back, I was trekking along a trail in Lantau far from the nearest village when I suddenly heard the sound of Cantonese opera music.  I have to confess that my first thought was "Ghost!", so it was a real relief to find out that the music was coming from a portable radio that a lone local hiker whose path soon crossed with us had on him!

And for those who wonder: yes, there really are hikers in Hong Kong who like to play music loudly on their portable radios, etc.  More often than not, such a person tends to be male and older -- but I've seen and heard the odd female with this habit, and younger male too.

So when I heard music as my two friends and I approached what turned out to be the unexpectedly charming village of Sham Chung on our Sai Kung Peninsula hike, I assumed was that it was piped music of some form or other.  As it turns out though, it actually was live music courtesy of a couple of guitarists sitting on a lawn-like area with their friends -- one of a number of lovely surprises encountered at Sham Chung in particular, and on the hike in general, that afternoon... :) 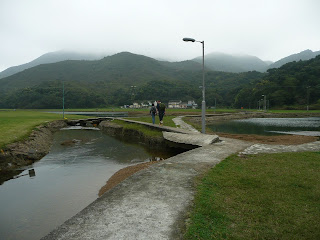 My two friends went ahead while I tarried a bit
to take photos like this one :) 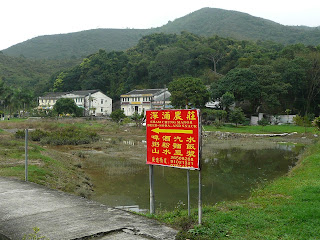 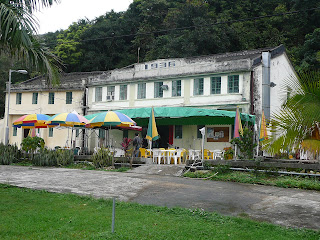 The building that houses Sham Chung Manor dates back
to 1936 -- pretty old by Hong Kong standards! 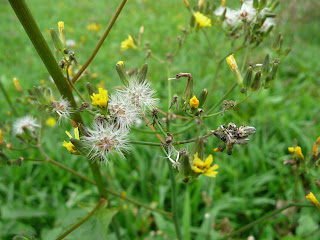 While my friends chowed down mid hike at Sham Chung Manor,
I strolled about the area and took photos like this one... 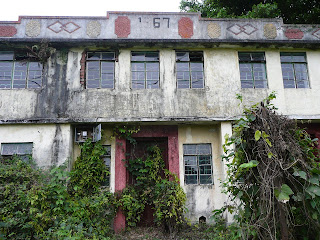 ...and also this one of one of the picturesque
abandoned buildings in the vicinity 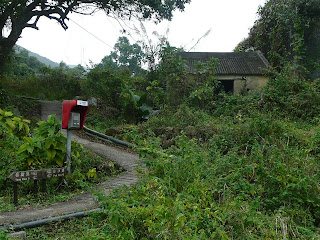 Too soon, however, it was time for us to head out from
a place that got me thinking of Shangri-La ;) 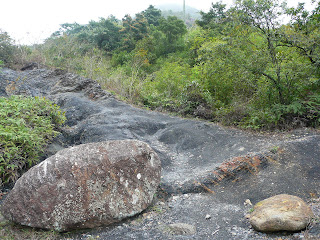 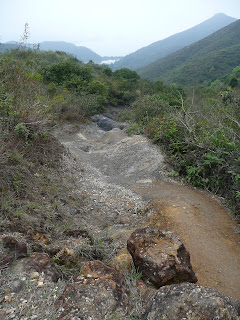 And yes, the chronicling will continue in a further photo-essay! :)
Posted by YTSL at 10:42 PM

Interesting walk...Very atmospheric, melancholy, but not gloomy...Reminds me of a romantic landscape painting. Could be somewhere in the British Isles. A location scout for a film production company would see potential here for perhaps a film set on a mythic isle. This might sound too subjective, but looking at these pictures I thought of the opening of David Lean's old classic, Great Expectations.

It's funny you talk about the landscape looking like somewhere in the British Isles -- I've thought that myself on more than occasion while hiking in Hong Kong! :)