The 10th anniversary of my Independence Day 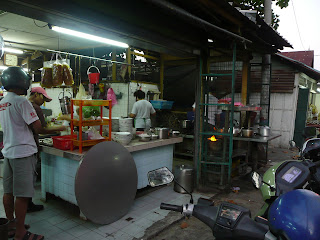 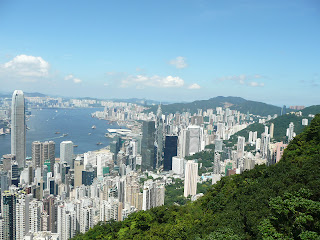 A panoramic view of Hong Kong from Victoria Peak
that includes the part of the Fragrant Harbour where I live! :b

Each July 4th finds many Americans celebrating their country's Independence Day.  And since 2003, I've been celebrating on this day each year too -- albeit for a different reason, as this day 10 years ago was when I left the US for -- touch wood -- a better life in Asia.


If truth be told, I thought when I left Philadelphia on July 4, 2003, that I'd next be living in the land of my dreams that was and is Hong Kong.  Alas, it was not to be as the job I thought I had been promised vanished just like that as a result of the department of the company that I was due to be joining having been shut down in one fell swoop by the company's CEO!


So, instead, my first job after leaving the US turned out to be in Kuala Lumpur, Malaysia, rather than the Fragrant Harbour.  And KL was where I lived and worked for two years before deciding it really was not for me despite the job I had there being in a field I loved since, frankly, KL happens to be the part of the world where I had the least satisfying -- i.e., next to zero -- social life!

Next up was another approximately two year sojourn in my home state of Penang where the food is great and the cultural heritage amazing. On another positive note, it was great that my work there was linked to the appreciation of Penang's (and other part of the world's) cultural heritage.  And sad but true: I also really loved that I got to watch a lot of football (even if "only" on TV) while there!

But on the negative side, the generally slow pace of life was -- not to make too dramatic a point but... -- slowly killing me, or at least my brain cells and initiative!  So I ended up looking for a job outside of my home territory once more -- and what with a lot of the hits that were coming up on the jobs database site I resorted to checking out being for Singapore and Kuala Lumpur, I began thinking again that it wouldn't hurt to try looking for work in Hong Kong again...

The words of a friend of a friend whom I had met on a holiday trip to the Fragrant Harbour inspired me to give it a concrete try once more.  And for those who are wondering, she told me that -- contrary to popular opinion -- one actually doesn't need to know Cantonese and/or Mandarin to get a job in Hong Kong.  Rather, it's more the case that different sectors look for different linguistic proficiencies. Now, in a perfect world, the perfect candidate would be equally fluent in Cantonese, English and Mandarin.  But the reality is that high proficiency in a single language/dialect normally seals the deal.

More specifically, for jobs that involve dealing with the locals for the most part, Cantonese is most certainly a must -- and for work that deals with and/or look to the Mainland, Mandarin is a requisite.  But then there (still) is this third "international" area where English proficiency is the key.  And since I had/have that, I went ahead and applied for a job with an English language publication -- and the rest, as the proverbial "they" say, is history...!

For the record: yes, my life in Hong Kong may not be 100% perfect but it sure as heck is better than the one I had in Malaysia, never mind the US.  Also, for the record: I did have some good times in the US -- particularly at Beloit College, which I still do very much love. But I wouldn't be exaggerating when I also state that my final few years in the US were -- professionally, but also due to the security measures imposed and general national mood after 9/11 -- the most frustrating and even depressing of my life.

So I really was happy to leave the so-called Land of the Free, and especially since my life in Asia has generally turned out to be better than expected -- even while also having taken me  along a sometimes surprising route I didn't expect to be going on even as late as July 4, 2003!  And yes, when looking back now, I'd go so far as to consider that day to be my true Independence Day -- as it freed me up to try a whole bunch of things and routes that I previously hadn't thought about, let alone thought possible!
Posted by YTSL at 10:42 PM

I really enjoyed reading your essay and admire how you've managed in many ways to successfully "live your dream".

I'm glad you enjoyed reading the essay. After I wrote it (and I have to confess it was after I had drank 400 ml of sake earlier in the evening!), I wondered if I had got too personal, etc. But 10 year anniversaries of Independence Days don't come around often, after all... ;b

Just want to send my congratulations--I regard my escape from Pittsburgh in a similar way! Still I am grateful to have learned how much place really matters in to a life. I'll never underestimate "personal geography" again!

Good to hear from you again and congrats to you for having escaped Pittsburgh years earlier than I did the US in general! Interesting comments re place and "personal geography".

I think we grow up thinking the world's our oyster and to some extent it's true -- but we also come to realize that not all places are equal and there are certain parts of the world we prefer to live in, etc. far more than others.