There are certain Hong Kong geographical landmarks whose names strike fear in the hearts of this hiker.  Among these are Sharp Peak and Tai To Yan (Cantonese for the blade of a knife).  By their name, the Jacob's Ladder on Hong Kong Island and the one on the Sai Kung Peninsula also seemed intimidating too. So it was a while before I finally went on them.

Indeed, I'd go as far as to state that the Jacob's Ladder section was one of the less interesting segments of the trail that two friends and I hiked along one Sunday afternoon that took us from near Hoi Ha Road close to Hau Tong Kai to Sai Sha Road via the village of Yung Shue O; one that passed by an abandoned village or two, and through a still inhabited -- and seemingly thriving even -- village along with a lovely plateau that cows appear to find very attractive... :) 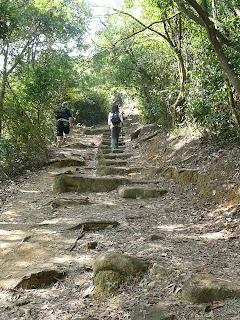 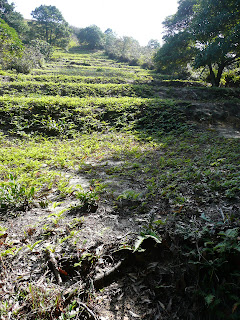 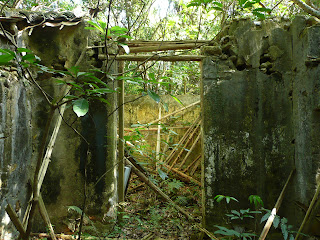 Yep, this was indeed another Hong Kong hike that saw us
passing by the ruined buildings of abandoned villages... 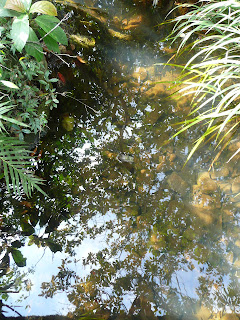 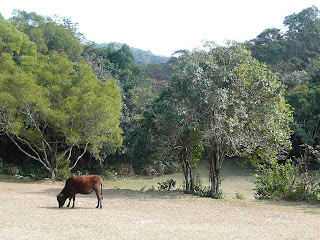 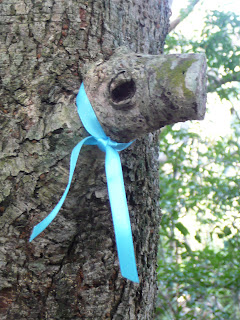 Maybe it was the influence of the cows I saw
earlier on this hike -- but this branch stub
resembled a calf head to me! :O 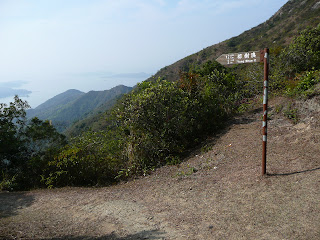 One has to descend along -- yep, you guessed it --
Jacob's Ladder to get from Cheung Sheung plateau
westwards and down to Yung Shue O 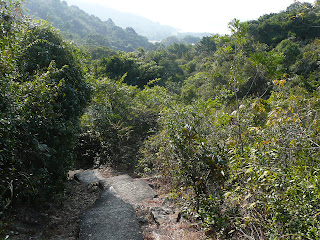 See what I mean by Jacob's Ladder being way less scary
in actuality than its name had made me think it'd be? ;b

Thanks and hope you liked the other photos too! ;b