December 25th is a special day for many people -- particularly those of the Christian faith but not only them.  The thing is that Western colonialism, cultural and political, has made it so that many people think of Christmas Day is a special time of the year -- if nothing else because it's a public holiday in their home territory.

This is the case in my mainly Muslim native land of Malaysia.  And this also is so in largely Buddhist and Taoist Hong Kong, where I currently reside.  So December 25 has long been a happy day for me -- if nothing else than because it's a day when I'm on holiday, as are many of my friends!

Thus it was that since none of us were working that day, three friends and I went hiking one Christmas Day in the Tai Tam Country Park section of Hong Kong Island. To add to that day feeling special, the air was pretty clear as well as crisp -- and yes, the company that day was very enjoyable too! :) 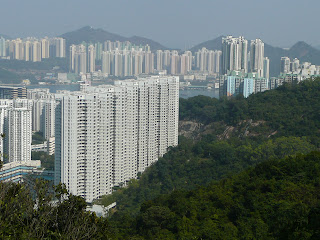 Lest there be any doubt, there are indeed parts of
Hong Kong that are densely populated, and
some of it was visible early on in the hike! 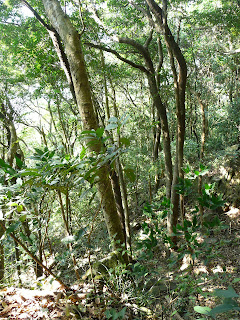 Sooner than some might expect, however, we soon
were closer to nature than the concrete jungle 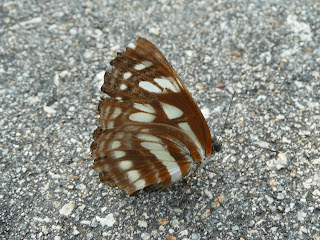 While still on Mount Parker Road, we spotted a butterfly
(known as the Common Sailor?) that had
decided to stop and rest a bit on the tarmac 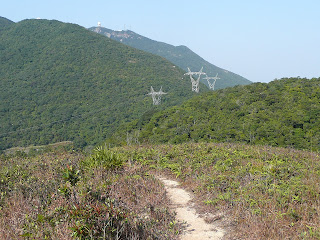 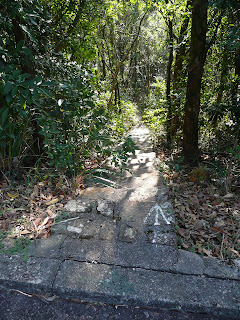 The hand painted arrow points to the summit of
Boa Vista, from where one can get a view bonanza 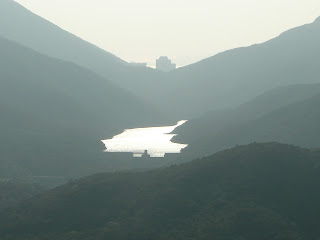 A naturally black (and gray) and white view
looking westwards to Parkview! 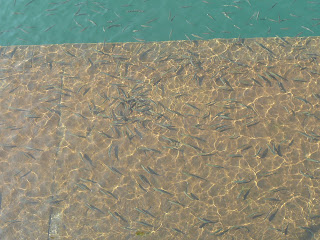 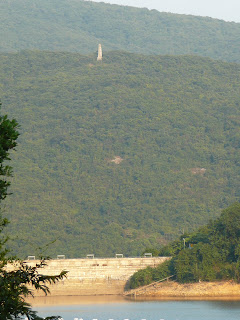 The obelisk that gave Obelisk Hill, near Tai Tam,
its name was built during the colonial period by
the Royal Navy for navigational purposes
Posted by YTSL at 10:19 PM

Hiking with friends sounds like a fun holiday. I especially like the photo with the fish... the two toned background and the sun reflecting through the water plus fish add texture. Of course I clicked on the photo to enlarge it before reading the caption and was surprised to see the fish.

Hiking with friends is really enjoyable -- not least because my (our) style of hiking allows us to have good talks as we walk about in beautiful countryside.

I'm glad you like the photo with the fish. It really was quite the sight to behold. :)