A couple of years before I moved to Hong Kong, I viewed a Hong Kong movie directed by Derek Yee entitled 2 Young about two young lovers (played by Jaycee Chan and Fiona Sit) who run away from their families and try to make their own home in various places, including an abandoned village in the countryside.

At the time, I couldn't believe that there were abandoned villages in Hong Kong.  Heck, I even found it hard to imagine that there were villages -- as opposed to concrete jungles -- in "Asia's World City"!  Some years and many Hong Kong hikes later, I know better.

And yes, this is a prelude to confirming that the hiking route that a friend and I went on from near Bride's Pool to Luk Keng did pass by and through a number of villages, abandoned and still inhabited! (Also, if anyone knows which abandoned village features in 2 Young, do please let me know!!) ;b 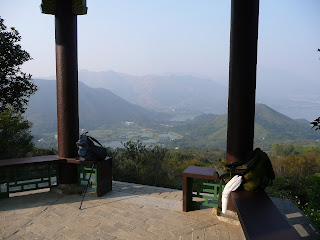 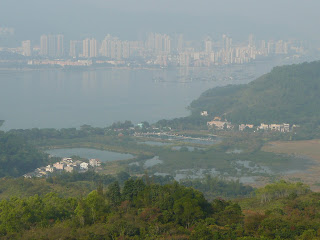 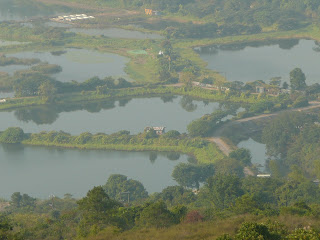 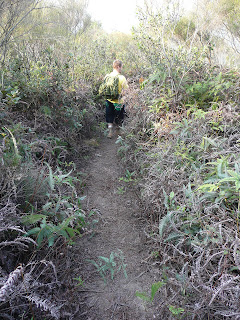 My hiking buddy and I went along a trail we hoped
would be a short cut down to Luk Keng from the pavilion,
only to find that it led to another large grave! 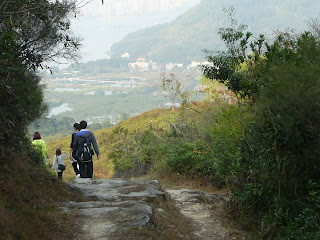 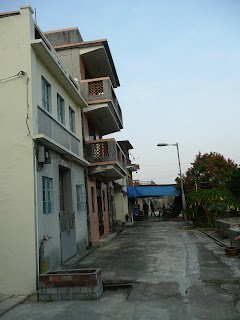 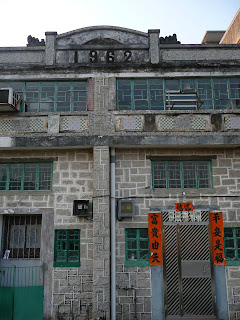 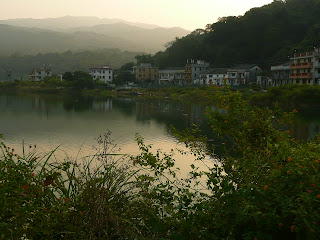 Luk Keng looks like an idyllic locale, doesn't it?

Great entry, Yvonne! I'm afraid I don't know which abandoned village features in "2 Young." But I've always been intrigued by this film. I see it as a loose remake of the Shaw Brothers film "The Generation Gap," starring David Chiang. The films' plots are remarkably alike, and "2 Young" was directed by Chiang's brother Derek Yee. Chiang even has a cameo as the Judge in the film! Like you, I'd love to know more about the locations chosen for "2 Young" and the film's genesis in general.

Glad you like this entry. I haven't seen "2 Young" in ages, never mind "The Generation Gap". You're making me think that perhaps I should check them both out again some time... ;b

And to those who know about the abandoned village that features in "2 Young", seems like at least two people -- not just one -- would be curious for information re it! :)

Oh joy, more village scenes! Is the haze in the photos typical "weather" this time of year?

The haze is definitely more noticeable in the cooler months and less so in the hotter ones.