On my most recent Japan trip, I went to Hakone -- a popular destination for Tokyoites that lies less than 100 kilometers away from the Japanese capital city and is easily reachable by rail.  But while many Japanese are attracted to Hakone's hot springs, the number one Hakone attraction as far as I was concerned was the Hakone Open-Air Museum that is Japan's first open air museological establishment dedicated to exhibition art.

With more than 100 sculptures displayed in its 70,000 square meter grounds, the Hakone Open Air Museum is one of those institutions where wandering around is a must.  And that is precisely what I did for several hours -- over the course of which I came across many interesting and lovely sculptures but, also, scenic natural landscapes that formed great backgrounds for art -- and a relaxing hot spring foot bath which was as enjoyable as it was popular. ;b 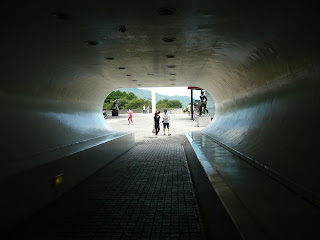 On the other side of this tunnel like structure are
wonderful views and art works! :) 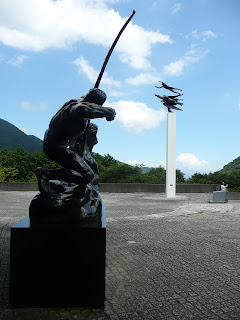 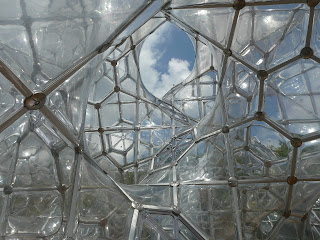 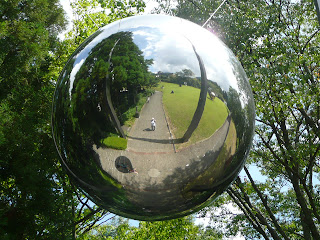 On this giant ball's surface, you can see a self portrait
along with other reflected images :) 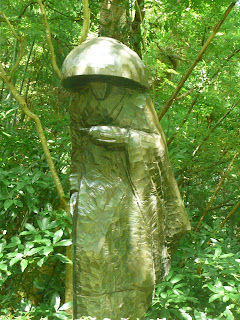 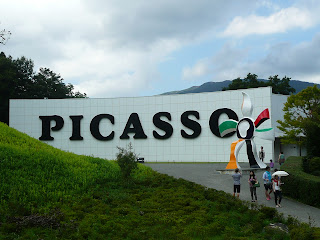 Picasso is big and well represented at this museum 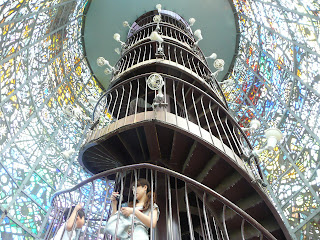 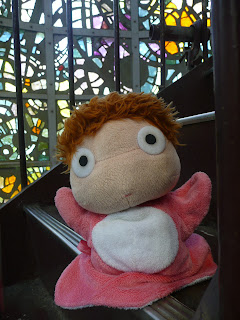 And Puppet Ponyo is a fan of that art work too
-- so much so that she had to be photographed on the
staircase inside the work! :b
Posted by YTSL at 11:54 PM

For a moment, I thought Ponyo is also one of the display in the museum! **Boink**

Wow, these are such beautiful photos! I love sculpture gardens, and this sounds/looks like an especially beautiful one. I will have to make it a goal to get there!

Thanks for thinking the photos beautiful. And yes, this museum's grounds and art was really pretty impressive. I hope you do get there one day to see for yourself. :)

Hi YTSL, this is a very cool open air museum. Nice to catch a glimpse of you too. :) The 19th century sculpture is very striking. And of course I always enjoy seeing Puppet Ponyo.

It is indeed a very cool open air museum. And re the glimpse of me -- it's similar to your Photo Hunt photo for last week, right? ;b

And I'm glad you always enjoy seeing Puppet Ponyo. Trust that pictures of her bring a smile to your face. :)