This time last year, I was enjoying a vacation in the Land of the Rising Sun that saw me visit Kamakura, Nikko and Kawagoe as well as Tokyo and attractions in Greater Tokyo (such as Sanrio Puroland over in Tama Center) as well as the more central sections of the Japanese capital.  This time around, I didn't feel compelled to return to Nikko or Kawagoe but I made it a point to go again to Kamakura -- because I liked very much what I saw on my trip there last year but, also, because I didn't find enough time on that day excursion to venture to the East Kamakura area that's home to some temples and shrines that looked like they'd be great to visit.

In particular, sbk's post and photos of the Hokoku Temple (AKA Hokokuji) had made me want to stroll around in that Zen temple's bamboo grove too.  And since Sugimoto-dera is conveniently located near Hokokuji, I figured that it'd be worth checking out the eighth century religious establishment that is Kamakura's oldest temple as well.

The way things worked out, I ended up having time this time around to visit a total of four temples and shrines in Kamakura.  But in this photo-essay, I'll "just" concentrate on featuring a selection of snaps I took at the two East Kamakura temples I visited on this recent trip:- 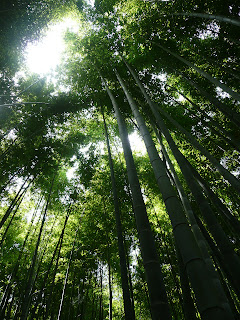 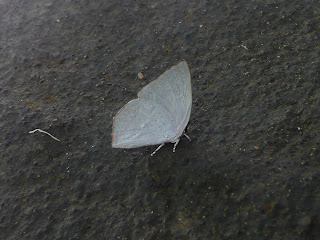 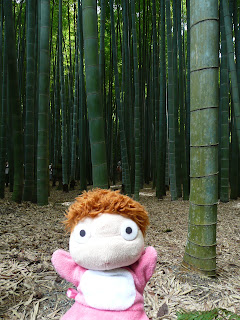 Puppet Ponyo (looking a bit spooked?)
also was about in the bamboo grove 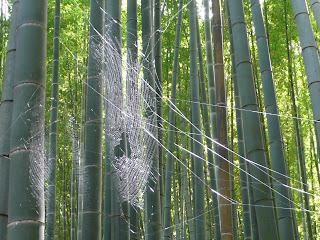 However, there were no traces of the spider that
created this web in the bamboo grove 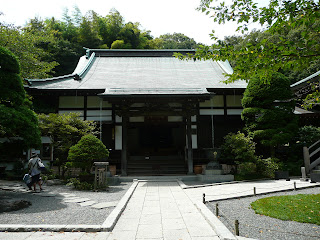 And should anyone wonder, this is what Hokokuji's
main temple building looks like :) 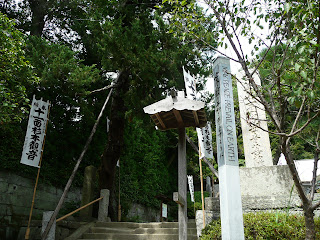 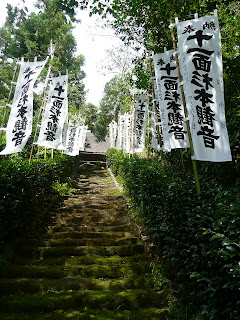 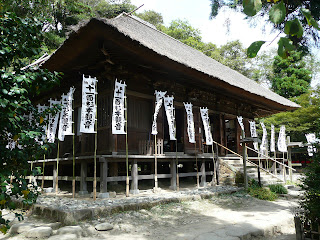 This building houses, among other items, three Kannon
statues that legend has it hid themselves under a cedar tree
when a fire broke out one day in 1189! :b
Posted by YTSL at 6:13 PM

Great photo essay. Love the spider web in the bamboo grove. Didn't see any the day we went. Thanks for the plug.

Am glad you like the photo essay and you're very welcome re the plug. :)

The view of the bamboo grove's stunning!

Glad you like it. (BTW, I'm assuming you mean the first photo ;b)