More than a year ago, my regular hiking companion and I went along Stage 3 of the Wilson Trail. Now that no small amount of time has passed since that we went on that excursion, I can look back and remember enough good things about that hiking experience to actually think that it might be worth taking other friends along that particular section of the 78 kilometer long hiking trail named after David Wilson, the 27th British governor of Hong Kong at some point.

On the day of the hike itself, however, I was more prone to rant about the problems encountered along the way -- specifically with regards to the poor (placements of) signage on what is, after all, a major Hong Kong hiking trail. And to put things in context: This really was the worst sign-posted trail that I went along of the 120 hikes that I've now gone on in the Big Lychee!

At the same time though, as I hope that the following photo-essay will go some way in showing, a hike along Wilson Trail Stage 3 does yield some scenic vistas, cool sights and -- if one allows for a short detour up the first hill encountered on the trek -- a visit to a ruined early 20th century redoubt up on Devil's Peak! 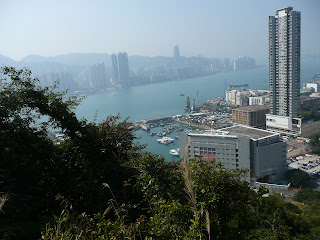 Unlike the two earlier sections of the Wilson Trail,
Stage 3 is located across Victoria Harbour
from Hong Kong Island 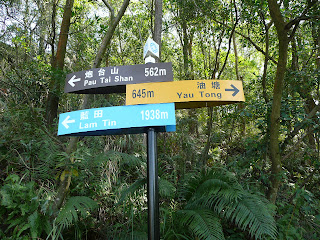 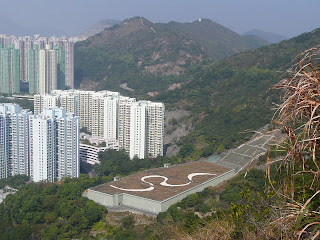 A view that shows how close city and countryside
are to each other in Hong Kong (with few,
if any, suburban areas existing in between) 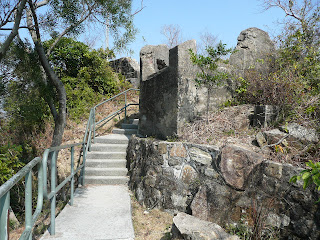 Although the ruins of the redoubt at the top
of Devil's Peak is not officially part of Wilson Trail
Stage 3, we couldn't resist detouring up to it 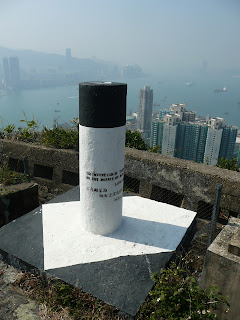 One of many treasured snaps of a trigonometrical
station that I now have in my photo collection ;b 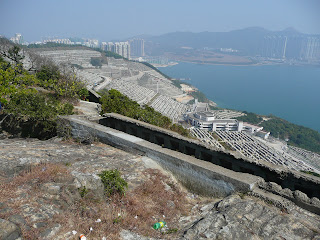 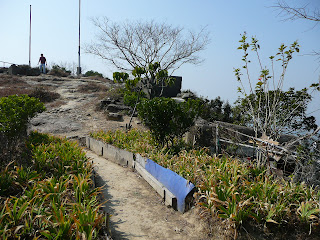 As improbable as it may seem, someone (or more)
has decided that the top of this 222 meter high peak
-- including the sections that are a former military
facility -- is a good place to cultivate a garden! 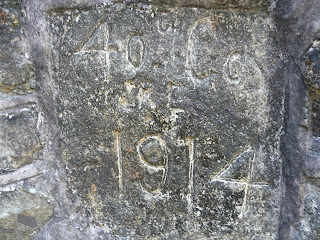 For the record: Carving noting for posterity
that the redoubt was built by the 40th Company
(of the (British) Royal Engineers) in 1914

Beautiful! Making me feel that a trip to back to the fragrant harbor is long overdue!

I'm glad that my photo-essay makes you feel that way. The Fragrant Harbour certainly can be attractive... ;b

You mean my photos are making you home sick for Hong Kong? If so, better stop here on your way to mainland China next time! ;b

I love the fact that there is a garden up here. So many curious corners to HK. I've just started exploring your blog, and have added it to my land of no cheese link list... shall look forward to more.

Thanks for the link. Will have to start exploring your blog too... :)