Many moons ago now, I went on that which I've come to think of as "the hike from hell" -- an arduous excursion that had me seriously wondering at one point whether I'd need to call on Hong Kong's helicopter rescue service for help! Happily, that experience didn't put me off hiking in Hong Kong altogether. And close to three years later, I decided to go along the Ma On Shan Country Trail with my now regular hiking companion -- with the full realization that one third of this official trail would involve my re-visiting sections that I had previously ventured along on that scary "hell hike".

One reason for doing so stemmed from my recalling that parts of that hike really did go through very lovely countryside indeed. Another was that, feeling quite a bit fitter now as well as more experienced than when I went on what was only my seventeenth hike in the Big Lychee, I figured that going back to this area would help me exorcise some demons as well as provide me with a good sense of my fitness levels now versus then.

As it turned out, this later hike proved to be a pretty pleasant one indeed. And even while the (only) 4.5 kilometer long Ma On Shan Country Trail did feel on the short side, this hike did yield a number of interesting sights as well as splendid views on the day during which we were so happy to be outdoors and making the most of pleasant weather and beautiful blue skies. :) 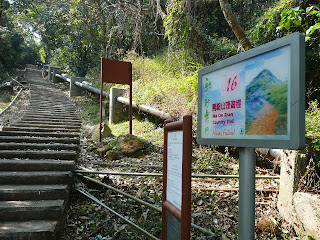 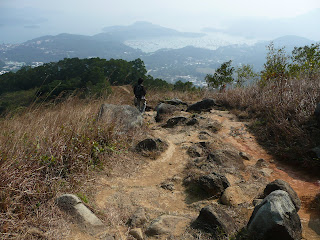 Before too long, the steps up the hill disappeared
-- and beautiful vistas opened up to be viewed 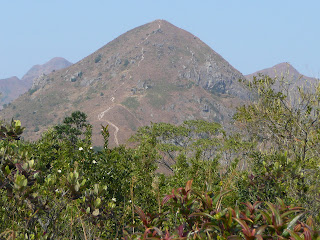 The views inland included ones of Pyramid Hill --
one of those Hong Kong peaks I aspire to get up
some day... just not that particular day! 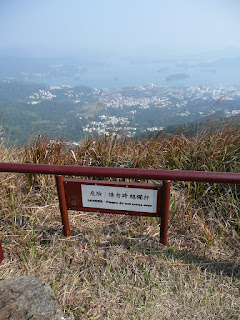 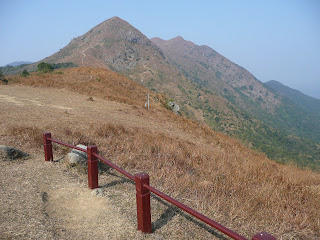 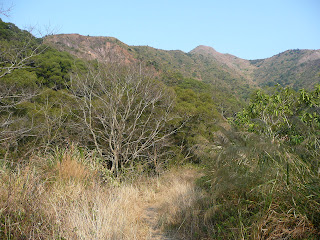 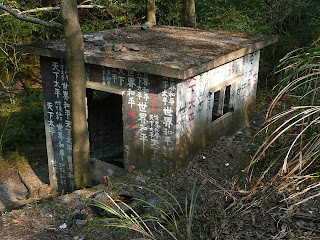 An unexpected "find" on this hike -- a building that
played a memorable role in the 2009 Milkyway
Image movie, Tactical Unit - Comrades in Arms! :b 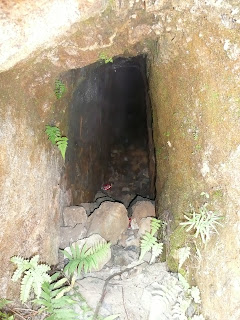 Also spotted at the tail end of this hike: entrances
to the now disused iron mine at Ma On Shan