Together (This week's Photo Hunt theme) 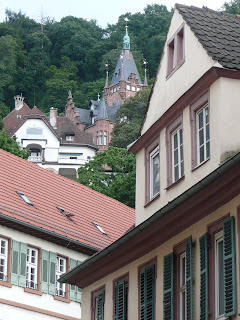 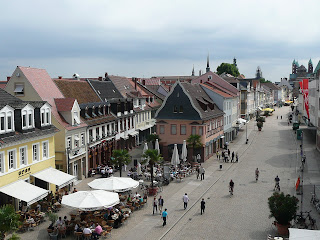 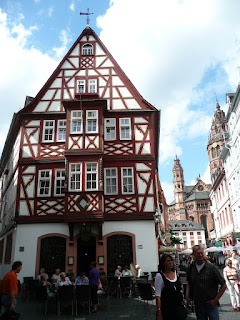 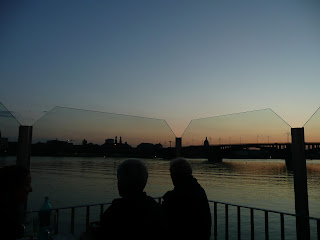 This time last year, I was absent for a couple of Photo Hunts due to my being away in Germany visiting with a German friend who I had met while hiking in Hong Kong -- and who lived and worked in Asia's World City (and happily got permanent residency status in Hong Kong) before getting sent home to Germany by her company.

Before she left the Big Lychee, she invited me to visit her -- and I duly did so a few months after. What made my German vacation particularly cool was that my friend took some days off from work during my stay so that we could go and visit other parts of Germany together. And although she had actually previously been to most of the places we went to together, she kept on assuring me that she was enjoying seeing them in my company -- and that by doing so, it sometimes helped her to view them in a different light.

Among the towns and cities we visited during my 2010 German sojourn were Heidelberg (with its romantic ruined castle), quiet Speyer, charming Cologne and beautiful Mainz. In Heidelberg, we stayed the night with old friends of my German friend -- and I have to say that one of the highlights of my holiday was the post-dinner conversation we had that evening in their home: one which involved talk on a wide-ranging variety of subjects, lots of laughter and also some piano-playing interludes.

All in all, when I think of my German vacation last year, I remember not only lots of visits to cathedrals, museum, biergartens and other beery places but also lots of laughter and great conversation -- the last of which I would not have been able to have if I hadn't been holidaying together with a good friend (whose goodness was evidenced, among other things, in her literally having a hand in all the Puppet Ponyo photos that were taken in Germany, including at the bustling marketplace in Mainz! ;b)

Wonderful shots and a great take on the theme. I like to go places I've been before with guests and I agree with your friend. You do see things in a different light when someone is with you seeing them for the first time. Happy Weekend!

oh those are houses i imagine only existed in disney movies or fairy tales. great take on the theme.

Nice photos. I also love going to places I know with guests and enjoy their reactions.

Love the old Fachwerkhäuser! beautiful shots and memories, great take on the theme!
together

I enjoyed reading about your trip to Germany and your friend, and the photos are nice.

Sounds like you had a wonderful time together :) I know how your friend feels in that it is nice to show off where one lives and perhaps see things in a new light when revisiting places with a set of fresh eyes. It is something I enjoy when we meet with friends or relatives that are visiting :)

Hi YTSL, love your take on the theme and seeing your photos of Germany. I also find that one of the most memorable experiences I remember are with the encounters I have with the people I meet while traveling.

glad you had an enjoyable holiday in Germany. Heidelberg is gorgeous but didn't manage to take any photos there due to bad weather and bad light, but there are several photos from our day trip to Black-forest. thanks for sharing your photos, i enjoyed looking at them.

Thanks and I'm glad you agree with my friend. I too like to revisit places with people I like. :)

Am glad you like my take on this week's Photo Hunt theme. :)

Teehee... I know what you mean. Just bear in mind a lot of Disney movies are inspired by German fairytales, including those written by the Brothers Grimm. :)

I could imagine it'd be a pleasure to be shown your part of Spain by you. :)

Had to look up what Faschwerkhauser means -- aaah, half-timbered house...! :b

Thanks for reading, looking and appreciating. :)

Yes, we certainly did. Last year's visit was actually my 3rd visit to Germany but would say that it was my most enjoyable -- not least because I got to go beyond the tourist "wall" courtesy of my German friend. :)

The human touch is much appreciated, especially in a foreign land, isn't it? :)

It was rainy some of the time I was in Heidelberg but ya, thankfully got some nice photos. (BTW, the photo at the top of this Photo Hunt entry was taken at Heidelberg.) Sounds like you checked out at least one of my German photo-essays. Glad you did so! :)

i enjoyed your take on the theme. there's nothing like going places with a good friend.

Being with a friend certainly would have made the holiday much more fun.

I really must spend more time in Germany

Good friends are really great to be around -- for sure. :)

I really have had good experiences in Germany. If only it weren't so far away...

beautiful shots and made even more visiting them with a beautiful friend. You're lucky to have found one. Have a good weekend! My PH is up too.

Yes, good friends sure are to be treasured. :)

a good friend money can't buy. You are lucky.

What attributes you have. I comment the previous one earlier.

You are brave, you are lucky.

I wouldn't chalk it all down to luck -- or, rather, I think we sometimes make our own luck. At the same time, I do count myself fortunate to have good friends like the one in Germany. :)