Some days, I just gotta hike -- and never mind if it's cold or potentially wet. Thus it was that despite the threat of rain, a friend and I decided one gray winter's day to hike from Tai Tam Road to To Tei Wan along a 7.5 kilometer long trail described as an "easy walk" -- and so it is, except for the end part which involves climbing up some 700 steps to Shek O Road and the nearest bus stop!

But before we got to that challenging series of steps, here's some photos of what we got to see along the way:- 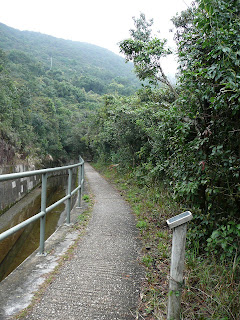 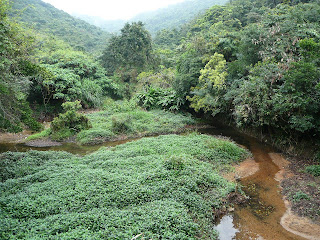 For my part, however, I prefer to go at a slower pace
-- so that I can have more time to admire scenery
like that the verdant greenery in the above photo 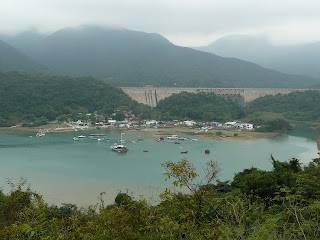 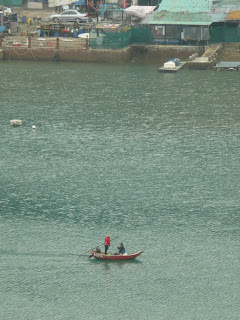 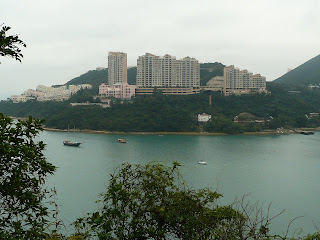 Red Hill (AKA Pat Pat Shan) viewed from across
Tai Tam Harbour -- and yes, I think the old white building
is far more beautiful than the newer bigger ones! 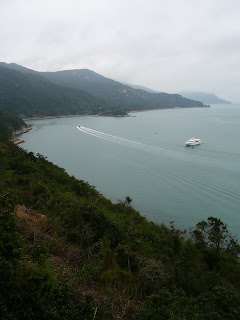 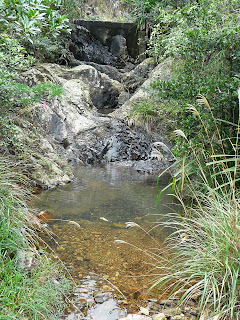 Probably not big enough to be described as a waterfall
but a pretty picturesque sight all the same! 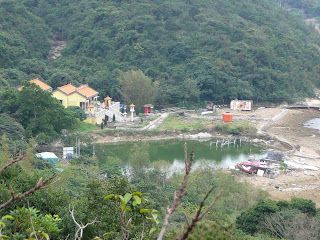 The temple at the banks of Lan Nai Wan --
visible but too far down and away from
the trail to visit this time around, alas!
To be continued (but of course!)...
Posted by YTSL at 9:44 PM

I totally understand that feeling that you just have to get out and go for a hike. The virtual hikes that I take with you still has Hong Kong high on our list, but we want to go when we can hike so it looks like we are going to wait until Nov/Dec.

November/December would be a good time to visit Hong Kong. I hope that when you finally come over to visit, you'll love it here. And in the meantime, do keep on visiting my blog to get ideas of where you'd like to hike and such in this part of the world. :)