Every day this week, I've read something that got me wondering whether my head would explode as well as threatens to break my heart.  On Monday, came news out of Malaysia that the country's prime minister had resigned and, in so doing, caused the dissolution of the Pakatan Harapan (Alliance of Hope) government that formed after the May 2018 General Elections, and plunged the country into a crisis that is ongoing.  On Tuesday, the world outside Mainland China previously Hong Kong-based author-publisher-bookseller Gui Minhai has been jailed for a further 10 years (on presumably further trumped up charges) by the Communist Chinese regime.

Amidst it all, the Wuhan coronavirus continues to rage, and has now spread to South America.  And while the authorities over in Mainland China may trumpet the country's having its lowest death toll in three weeks (thanks, I'm sure, in no small part to its changed tabulation methods for Wuhan coronavirus cases), consider the human tragedies happening there, like that involving a young boy found home alone in a town in Hubei province, afraid to venture out of his abode after his grandfather died, presumably from the Wuhan coronavirus.

Rather than give in to feelings of being overwhelmed by the sad state of so much of the world though, I decided to go and get some fresh air along with evidence that there are still parts of the world that are beautiful.  Put another way: I went off with a friend and embarked on a 16 kilometer trek around southwestern Lantau (along .  Some 27,200 steps later, I returned home feeling bone-tired but also with a clearer head and happier mood.  And yes, I know that hiking can't always be the answer; but here's nonetheless hoping that people will get some respite and pleasure from checking out the following photo-essay chronicling my latest hike from Shek Pik to Tai O... 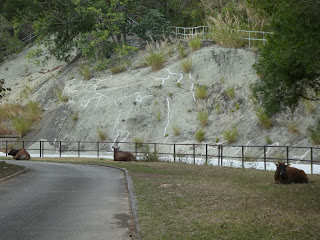 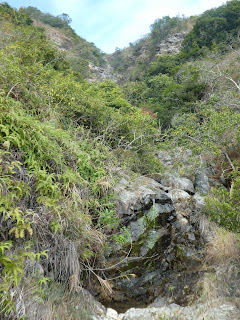 About one and a half hours into the hike, the hitherto gloomy
skies turned bright blue and helped brighten up my mood :) 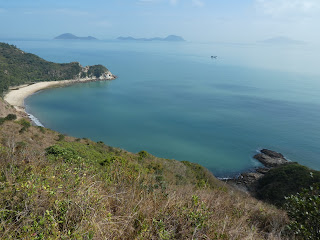 Even better, I started to catch sight of breathtaking vistas like this! 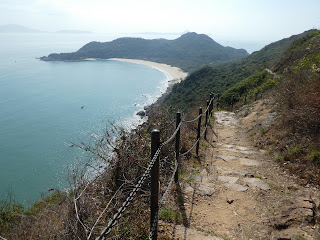 I've been here before, but never when the sun shone so brightly :) 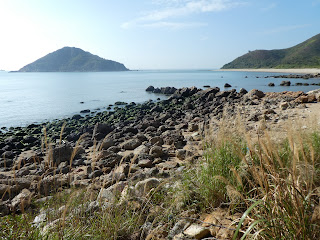 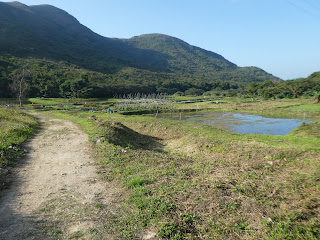 Yi O, through whose farming area hikers were barred
from entering for a time, thereby causing disruptions to
a section of the Lantau Trail -- but, happily, no longer, it seems! 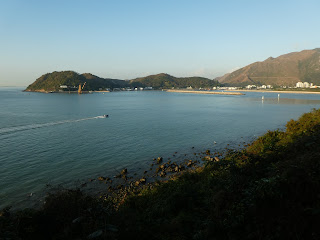 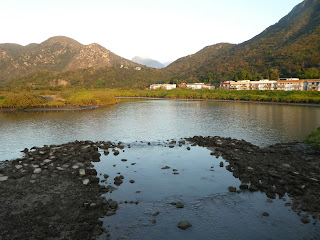 Really close to the hike's end now -- and yes, I decided
to leave the mountain in the distance for another day! ;b
Posted by YTSL at 11:18 PM

Lovely photos. Calming. Great idea to get yourself to a place like this....Clears your head and lungs and perhaps your entire self.

Thanks, and it was indeed a nice hike! :)

Did you go to the fort? I believe the villages at Yi mellowed down a bit when they opened up an organization promotion local rice farming. But I have not been there for quite a few years thus unable to further comment. I think they have a shop (Yi O Farm Hut) at Kat Hing Street in Tai O selling some local products.

I didn't go to Fan Lau fort on this most recent hike in the area but I did on back in 2009:-
https://webs-of-significance.blogspot.com/2009/08/from-shek-pik-reservoir-to-tai-o-part.html

And I'm glad that the Yi O villagers have mellowed. BTW and FYI, you can sample Yi O rice at Kin's Kitchen. :)