The first few days of my most recent Japan trip were unseasonably hot and humid.  On the morning that my mother and I travelled to Tomonoura (first by shinkansen from Hiroshima to Fukuyama, then by bus from there) though, we found the weather to have altered quite a bit overnight -- with the temperature and humidity levels going down quite a bit and bringing about physical conditions that  actually were far more pleasant than the gray visuals of the photos taken that day may indicate.

A historic fishing village and port town that's home to more than its fair share of Buddhist temples and Shinto shrines, Tomonoura can feel on the sleepy as well as quiet side these days.  As it so happens however, it's also achieved cinematic fame this century as one of the locations for The Wolverine (2013) and -- much more importantly to me -- the inspiration for the port town in Hayao Miyazaki's Ponyo On the Cliff by the Sea (2008)!

Travelling as I do with a certain Puppet Ponyo, I figured I had to spend some time in what could be looked upon as Ponyo's hometown when I was visiting the part of Japan where it's located.  And after doing so, I have to thank Ponyo (and Hayao Miyazaki) for having let me come to know about Tomonoura's existence -- because it really is a charming little place which does seem to be very much off the beaten tourist track (still) despite its not inconsequential historical as well as cinematic significance! 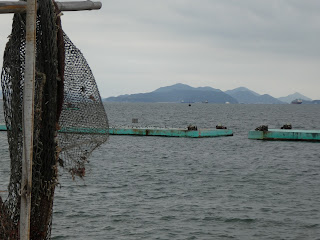 Even before we got off the bus, we could see -- and smell! --
the sea which still gives quite a few residents their livelihood :) 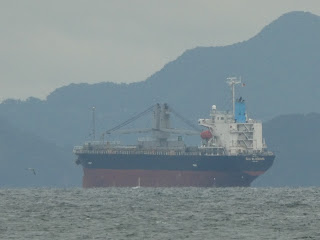 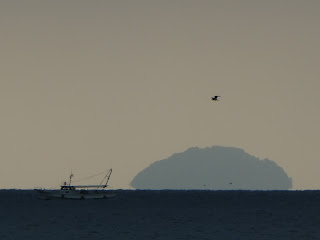 Truly, the views when looking out to sea were so mesmerizing
that it was very hard to tear one's eyes away from them 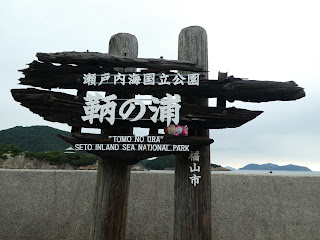 The antics of Puppet Ponyo did help some though... ;) 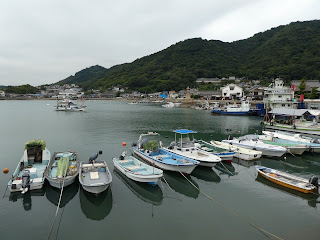 One look at Tomonoura harbour and it's easy to see
how its very sight can inspire filmmakers... 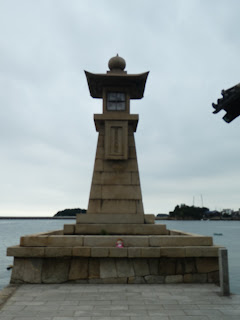 Puppet Ponyo helps give a good idea of the size of the
tallest stone lighthouse in Japan, not just Tomonoura 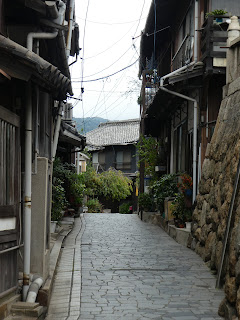 Don't streets like these look so inviting to wander along
as well as downright quaint and photogenic? 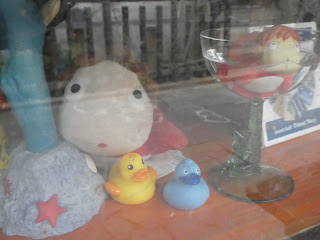 And when wandering along some of Tomonoura's streets and lanes,
we discovered that Puppet Ponyo had sisters in the town! :)
Posted by YTSL at 11:07 PM

Looks very neat in a sleepy, cinematic way! Would this be a half-day trip kind of destination, or would it warrant a longer stay?

My mother and I spent just half a day in Tomonoura and I came away feeling that wasn't enough. I think it deserves at least a day trip and if the atmosphere is to your liking, spending a night there might be recommended too! :)

This looks like the kind of town to spend a peaceful night after busy touring, or even after the emotionally heavy experience of Hiroshima. Bringing your companion to her hometown must have been an inspirational experience for Puppet Ponyo - and perhaps it could be a milestone in her travel career...Second photo from the bottom of your "quaint" street is so removed from the uniformity of modern streets, that it might linger in a traveler's mind.

I think Puppet Ponyo was happy to be in Tomonoura but, at the same time, she was a bit disappointed to not find more of her sisters around in town as she had hoped... at least until we got to the town visitor center (which was located in what we had initially mistaken for a grocery store)! And yes, it really does feel like a very peaceful place which just called out to be put into a movie! ;)