Cologne's charms beyond its cathedral and museums (Photo-essay)

If not for the lack of crowds in Hirschhorn and Speyer, I would not have visited Cologne. This is because, after witnessing my genuine surprise -- shock, even -- at how few people we encountered on the streets of that picturesque village and historic town, my German friend and I decided that my holiday in her home country should include a couple of days spent in a large city. And we figured that Cologne, the fourth largest city in Germany with a population of close to 1 million, fitted that bill as well as had certain attractions that would appeal to the culture vulture within us.

As I trust that my most recent photo-essay showed, I was very impressed indeed by Cologne's cathedral. Additionally, I trust that a read of this entry about German museums visited will provide proof that I consider at least one of the city's museums to be, along with the cathedral, to be among the country's -- not just city's -- great cultural jewels. But there's quite a bit more to Cologne than its awe-inspiring cathedral and superb museums... and I hope that the following photo-essay will help give a taste of its other charms:- 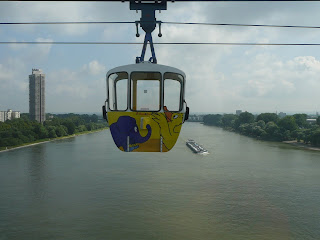 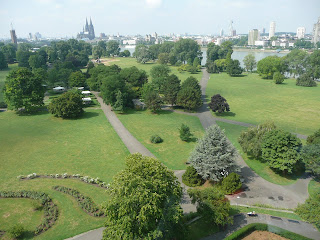 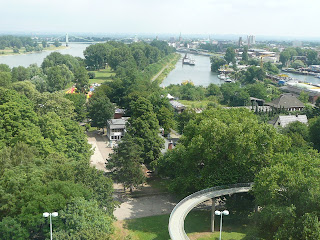 If other cities in the world were as green... 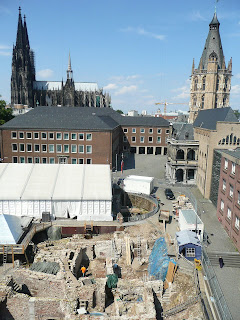 In the shadow of the Wallraf-Richartz Museum and
close to the Rathaus (City Hall), archaeologists
are uncovering additional layers of Cologne's history 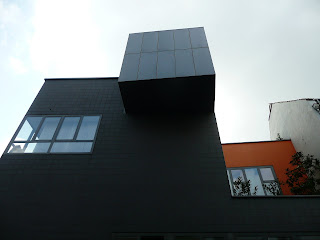 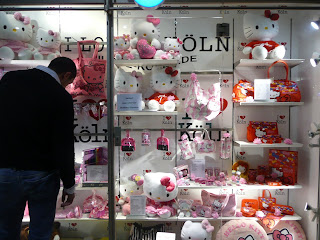 Also back in central Cologne, I encountered evidence
that Hello Kitty is not without fans in Germany! ;) 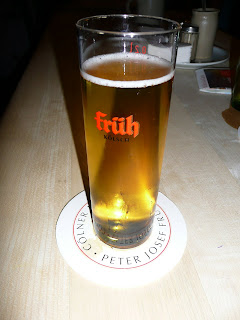 The fresh kolsch of Cologne was so very tasty
that, if memory serves me right, I had
1.4 liters of it in the space of just one day! 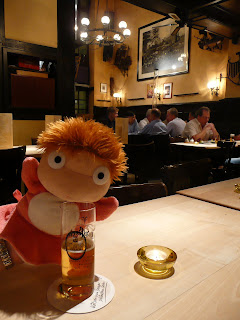 A measure of how very good the kolsch was:
even Puppet Ponyo found it hard to resist
checking out a glass of the drink! ;D
Posted by YTSL at 10:47 PM

lovely, my husband worked there for 3 months when we first met and we used to meet up for weekends there. Do they still have the chocolate museum?

Yes, there's still a chocolate museum in Cologne. Alas, didn't visit when I was there as, among other things, I feared the rich aroma would be too overpowering on a summer's day. Maybe next time... ;)

Love the window of the Hello Kitty Store. So, did you go inside? Was it all pinkish Hello Kitty? Did you purchase an addition to your collection? If so was Ponyo jealous?

I did go inside the store -- which turned out to have other things besides Hello Kitty products. But, yes, all the Hello Kittys in it -- and that I saw in Germany, in fact -- were pinkish! So didn't buy any German Hello Kittys for myself -- and no, Ponyo had no need to feel jealous. :D