The most charming part of Nara? 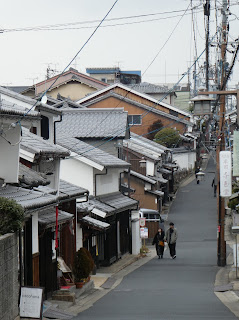 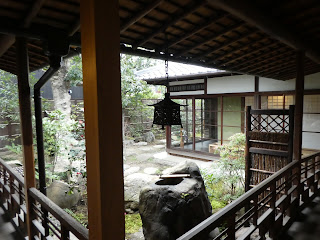 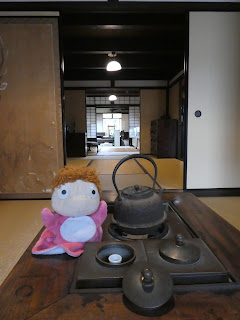 Puppet Ponyo making herself at home in
the living room of Naramachi's Koshi-no-ie :)


After attending the Wakusa Yamayaki and spending the night in Nara, I spent the next morning doing something else few visitors to the ancient city, especially those there on a day trip, do: explore the old merchant district of Naramachi.  In so doing, I feel like I finally saw Nara's charm.


In truth, before that, I was tempted to write the ancient Japanese capital off as yet another city spoilt by having become way too much on the beaten tourist path; with places such as Todaiji's Daibutsuden (but, thankfully, not other parts of that UNESCO World Heritage-listed temple) feeling more like a tourist attraction than a place with real cultural, never mind spiritual, significance still for the local populace.  So I'm really glad to have spent time in a much quieter and peaceful part of the city which  felt, at times, like a secret space as well as, as the blogger behind Paul's Travel Pics labelled it, the insider's Nara.

Amazingly, Naramachi is just minutes away from the very touristy main drag of Nara that is Sanjo-dori but what a different world it feels!  One reason is that its streets, never mind side streets and lanes, are as narrow as Sanjo-dori is wide.  Another is that there really is not much foot traffic along with vehicles on those streets.  In addition, many of the buildings in the area are residential in nature and have remained private residences over the years.

At the same time though, Naramachi isn't known as Nara's old merchant district for nothing.  While walking about the area, I saw a number of shops: many operated by craftspeople (including an elderly artist whose specialty looks to involve painting cute cats, monks and tanuki on pieces of wood); others of which hawked more mundane items like pharmaceutical items and groceries.  There also are a few museums (including one of calligraphy and another dedicated to toys) and historic houses that are open to the public scattered about the area.

After its beautifully manicured garden caught my eye, I went in and checked out the Nigiwai-no-Ie, a traditional tradesmen's house built during the Taisho period of Japanese history.  From it and Koshi-no-Ie, a constructed replica of a traditional Naramachi machiya (townhouses that were characteristically long and narrow), I was able to get a fairly good idea of the kind of buildings that historically existed in the area -- and, on this cold winter's day, got a very good sense of how cold it can be in these aesthetically pleasing but also uninsulated structures!

Over the course of my wanderings, I also came across a subtemple in the area where the ruins of a pagoda of Gangoji are located and Goryo Jinja, a Shinto shrine nearby that I later learnt is over 1,200 years old.  Unlike the likes of Todaiji located in what I have come to think of as the tourist part of the city, both these religious sites look to have just a few visitors each day and came across as more sacred as a result.

All in all, it sometimes seemed as though about the only thing that this part of Nara had with the more well known and trodden sections of the city is the deer adoration (or is it fixation?) of its residents.  For in Naramachi, I came across manholes with images of deer on them, a room divider with a large painting of a deer on one side of it, and also a statue of a deer next to that of a female flautist on the side of a road!  And while I didn't spot any actual live deer roaming about while I was in the area, I wouldn't be all that surprised if some of those creatures did occasionally take it upon themselves to visit Naramachi since it really isn't that far away from Nara Park after all!
Posted by YTSL at 11:55 PM

I didn't realize that Nigiwai-no-Ie would be so nice inside! I gather must have had these houses almost to yourself during your visit?

The Nigiwai-no-Ie is indeed pretty nice inside -- and I also liked being able to look into other back gardens when you're in its back garden... ;)

And yes, I pretty much had the houses to myself during my visit. There really weren't many people about at all in this part of Nara -- something that was very much of its charm! :)