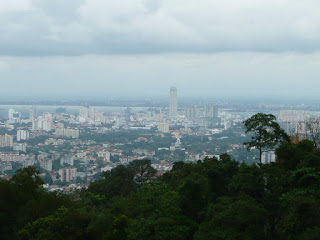 Ten years ago today, I left my home state of Penang... 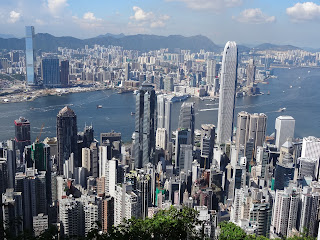 
On May 1st, 2007, I boarded a plane in Penang that took me to Hong Kong and got me embarked on a new phase of my life.  The next day, I began work for my first company in Hong Kong -- and it's been quite the eventful life that I've led here these past 10 years!

And while I do occasionally miss Penang food (very much), and often find myself wishing that Hong Kongers appreciated their cultural heritage even half as much as Penang does its cultural heritage, I really have very few regrets about moving here.  As a matter of fact, I love Hong Kong so much that I have chosen to become a permanent resident of the Big Lychee and actually feel more at home here than I do in the part of the world where I was born and spent my first sixteen years (though, actually, only two further years as an adult)!

Also, as I've shared more than once over the past ten years: Pretty much everywhere else that I had previously lived in my life, I had done so because the school I needed to go to or the work I wanted to do had led me there.  In contrast, Hong Kong was the first place in the world where I decided I really wanted to live and, consequently, found a job that would allow me to do so.

Before I moved here, I used to spend several vacation days a year here, doing such as attending the Hong Kong International Film Festival but also quite a bit more besides.  And back in December 2006, I wrote a blog post in which I cited Hong Kong as a spiritual home.

If you had told me then that I'd be moving to Hong Kong barely five months later, I'd not have believed you.  But, well, so much of my life has not gone the way I thought it would.  Sometimes, this has not been a good thing.  But in the case of coming to Hong Kong, I really do feel -- even with the territories' political problems of the past few years, touch wood! -- that it's been a wonderful as well as right move as a whole. :)
Posted by YTSL at 11:59 PM

And we had a memorable way to celebrate your decade in Hong Kong!

Did we ever! Thanks for the fun company this evening! :)

Congrats! Sounds like you're living your dream in HK so best of luck in your next decade in HK.

Thank you, and I do hope I continue loving (living in) Hong Kong as much I currently do for at least ten more years. :)