Back in Hong Kong and online once more! :) 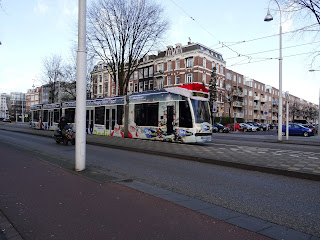 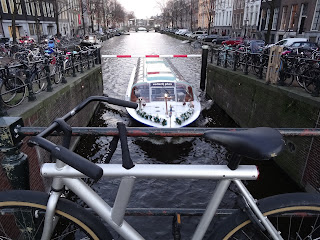 A hint: it's a city where canals and bicycles abound! ;b 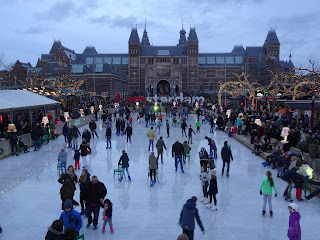 Kudos to those of you who correctly guessed Amsterdam! :)


Happy New Year to this blog's readers, especially the regulars (regardless of whether you reveal yourself on the comments threads or not) among you!  My apologies for not having posted for over two weeks -- but I've been travelling and, as is my wont when doing so, not spending all that much time in front of a computer and remain one of those people who feel able to get around and by without a smartphone.

For the first time since 2009, I was away from Hong Kong over the Christmas period.  And for what may well be the first time since I moved to the Big Lychee, I rang in the new year in another part of the world from it.  Specifically, I just returned from spending the tail end of 2015 and the first couple of days of 2016 in what the Western European country popularly known as Holland and, actually, more correctly as the Netherlands.


A good chunk of my time in the Netherlands was spent in Amsterdam, the country's capital and most populous city (which actually is smaller than I thought -- with a population of less than 1 million people in the city proper).  I also managed to spend a day in The Hague, and a half day strolling about Haarlem, and am happy I did so because these other cities were noticeably different in many ways from Amsterdam; consequently, I felt like I got a more balanced picture of the Netherlands than if I had just remained in the exuberant multi-ethnic city that felt to me like New York City to the rest of the USA, and London to the rest of England/Britain.


If truth be told, this was not the time of the year that I considered ideal to visit the Netherlands -- and I definitely would not have opted to do so if I visited on my own.  But my German friend (who I had visited in Germany in December 2014  and also went with to Luxembourg) had asked me to consider going to Amsterdam over the holiday period as she'd then be able to meet up with me there.  And, as it so happened, it turned out that my going over to Europe this time of the year also meant that I was able to meet up with one other good friend -- who I had last hung out with in 2002, when we were both living in Philadelphia!


One reason why this was not the time I'd pick to go to Europe is that I'm not a big fan of wintry weather.  As I had jokingly told my German friend when I visited her in Germany in the last month of 2014, there was a possibility that I'd burst into tears if I were to catch sight of snow.  As it turned out, it didn't snow during that German visit -- and it was rain rather than its colder, whiter cousin that dampen the spiris on this trip to the Netherlands.

But on my way back to Hong Kong, I did have a bit of snow fall on me in Munich -- where the plane I had taken from Amsterdam had been one of those smaller aircraft that could not be connected to the airport's air bridges, and the plane for my connecting flight had to be de-iced before it could take off!  Still, just like I actually didn't cry when beholding surprisingly large amounts of snow in Norway last June, I did manage to hold back the tears at the snowy sights.  Now if my flight had been delayed or cancelled, it may have been a different matter -- though, come to think of it, I wouldn't mind spending one day or night in beery Munich, with or sans the white stuff... ;b
Posted by YTSL at 11:11 PM

Hi!
Happy New Year to you!!!
Lucky you to be able to spend some time in Amsterdam. I love that city. Very laid back.
I was a bit afraid that my complaining about not being able to keep up with your blogging had discouraged you.....I am glad it
didn´t;)!!!
Tone

Welcome back! And a belated happy new year :)

Amsterdam is one of my all time favorite cities. Great city to walk, wonderful cafés and restaurants and it is one of the few cities in which I have actually shopped (liking the window displays etc.). And the museums are really to my taste (especially Van Gogh museum - I had the chance to visit the old one too). It is a city where I feel comfortable and enjoy every moment (I was there in April the first time and it actually snowed!!!!)

It's interesting to find that you both love Amsterdam. I had a good time there but I wouldn't consider it one of my all-time favorite cities. In fact, I have to say that I prefer the likes of Bergen and Istanbul (as well as Tokyo, etc.) over it! ;)

Happy New Year. Did puppet Ponyo accompany you on your trip? Looking forward to reading about your adventures.

In the second photo is the narrow passageway just that or part of a lock system? Are there locks on the waterways there?

Yes, Puppet Ponyo did accompany me on my trip to the Netherlands. Check out her appearance on my recent "Eschewing marijuana but..." blog post!

And I'm not sure if Amsterdam's canals have locks (the way I know is the case in England) but know that there are bridges which can open to let boats pass. :)