I'm in the mood to write less and look more at photos this evening. So here's postponing my continued Hong Kong International Film Festival reviews coverage for a day in favor of putting up one more hiking photo-essay -- this one chronicling an unusually warm spring day out in the western portion of the Sai Kung Peninsula.

The majority of this particular hike was along Stage 3 of the Maclehose Trail.  But rather than start at Pak Tam Au, my hiking buddy and I began our trek at the Lady Maclehose Holiday Village, only joining the trail named after the lady's husband, Sir Murray Maclehose, close to marker M060 and then following it to Stage 3's end point at Sai Sha Road.

As with the other section of this stage of the Maclehose Trail that my friend and I had gone on on a previous afternoon, we found that it passed through really beautiful countryside -- with the high point literally and figuratively being 399-meter-high Kai Kung Shan (Rooster Hill).  I don't think my hiking buddy and I will ever forget the steep ascent up it -- and also that there was a distinct lack of shade atop the hill that very sunny afternoon!  At the same time, as we both agreed, this was another satisfying and enjoyable hike -- the kind that I love that I can go on in "Asia's World City"! ;b 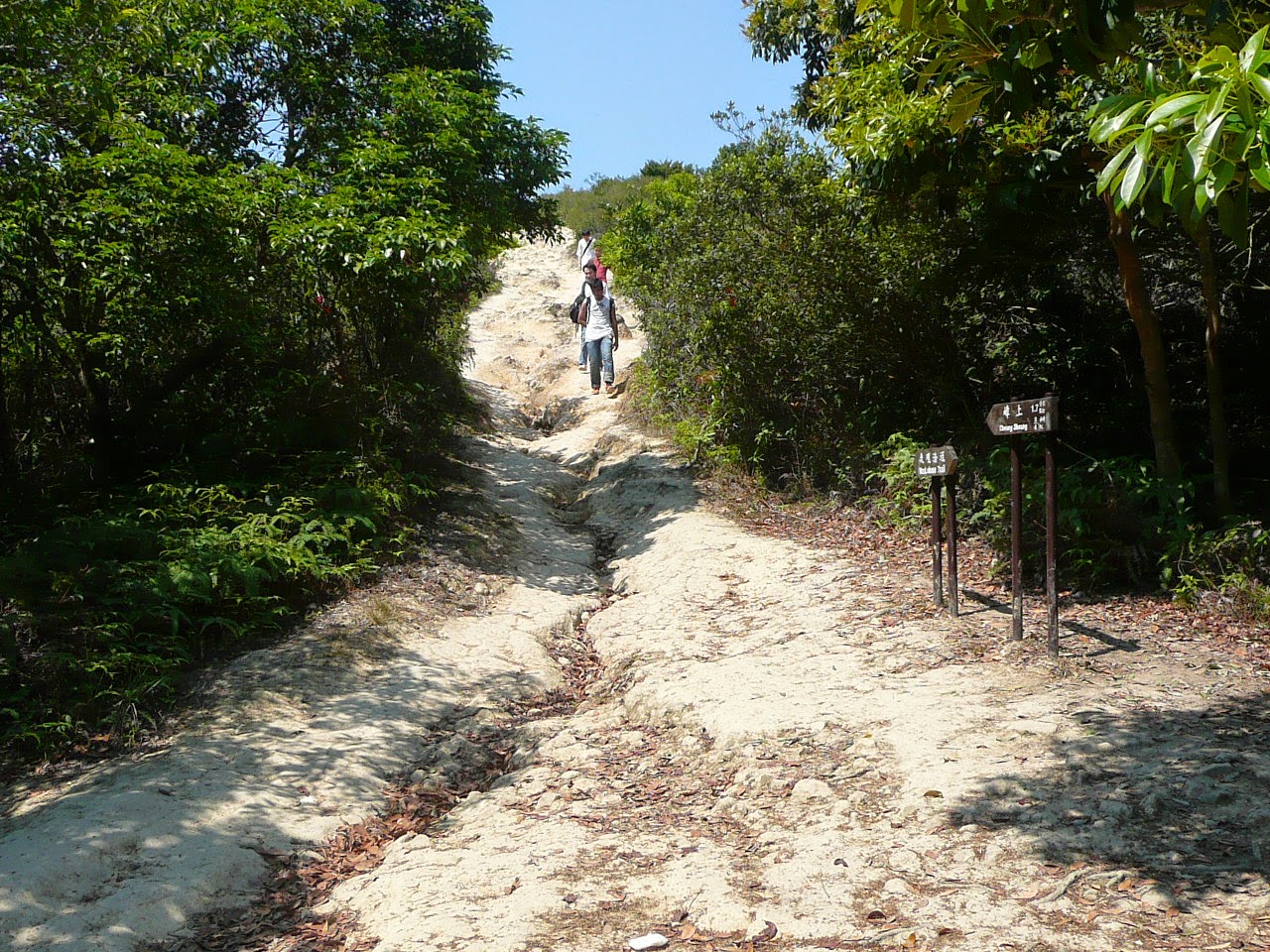 Hooray for wide, unpaved hiking trails that are well sign-posted! ;b 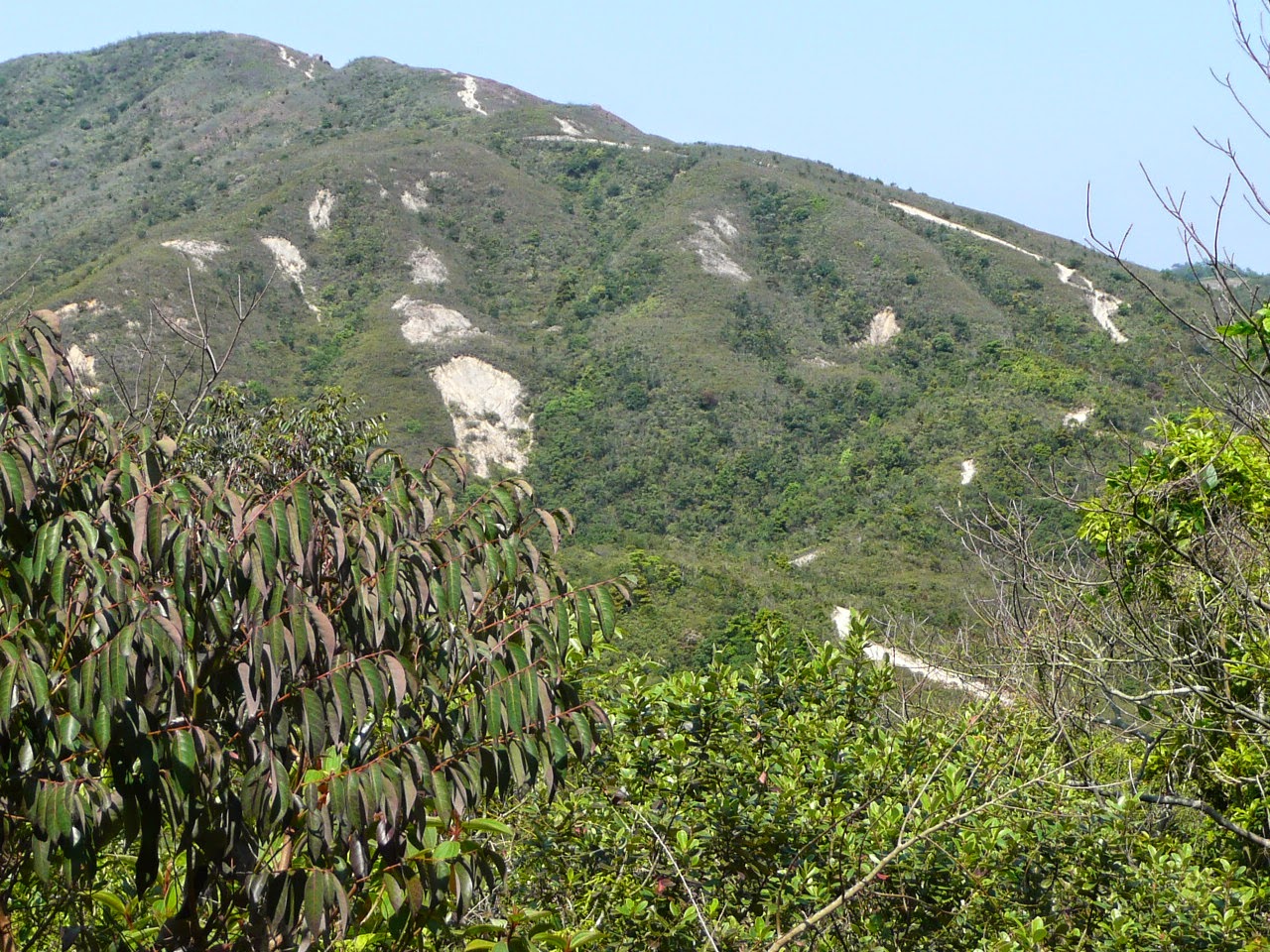 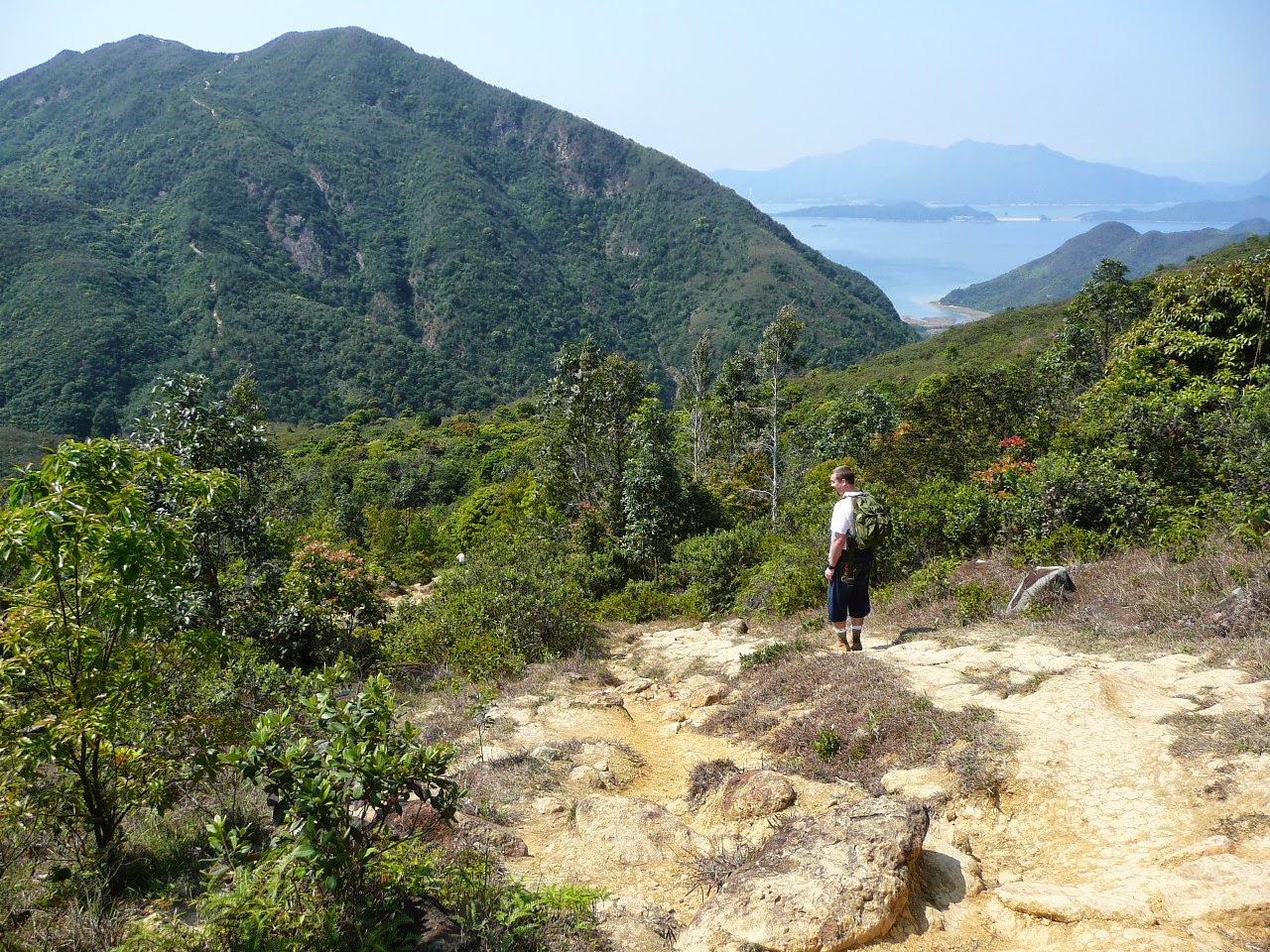 The sight of Kai Kung Shan was intimidating but it was the realisation
that we had to go down into the valley before we could start our
climbing up that was the real bummer at that point in the hike! ;b 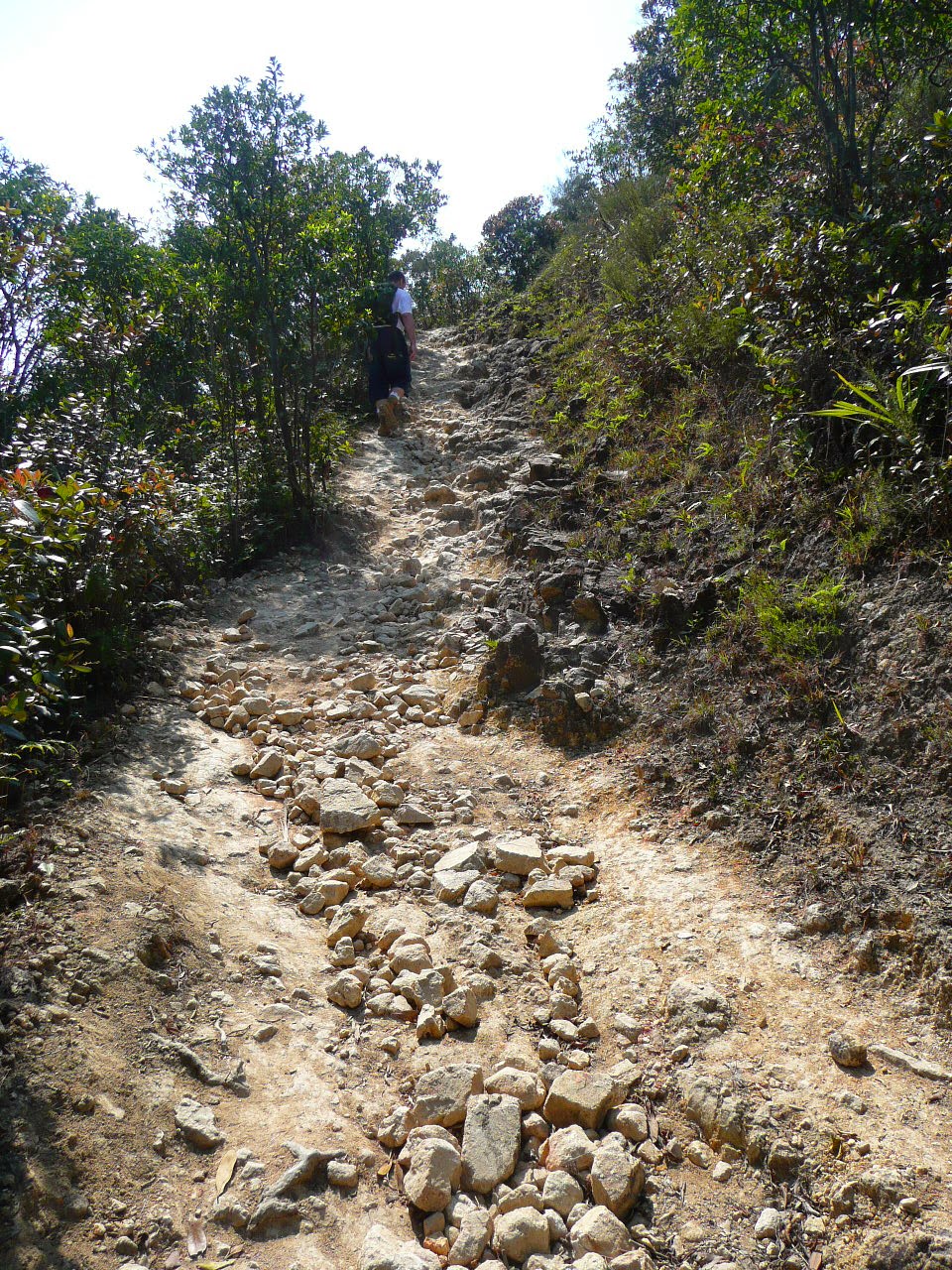 The stoney, rugged trail leading up to Kai Kung Shan --
all I'll say is that I would have liked to have gone down it less! 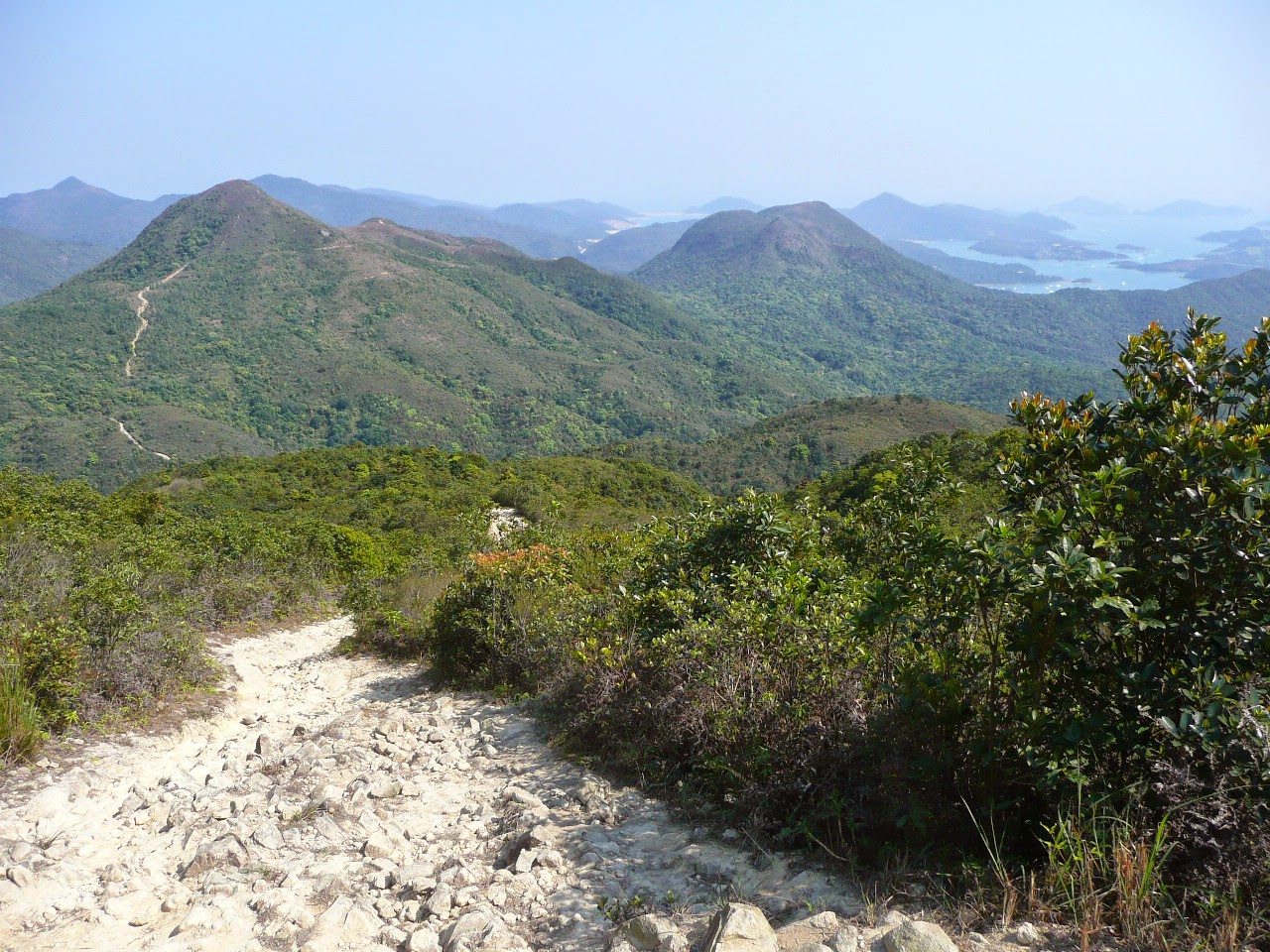 Looking back from near the top of Kai Kung Shan,
you get a lovely view and a feeling of accomplishment
at having already come this far along the trail :) 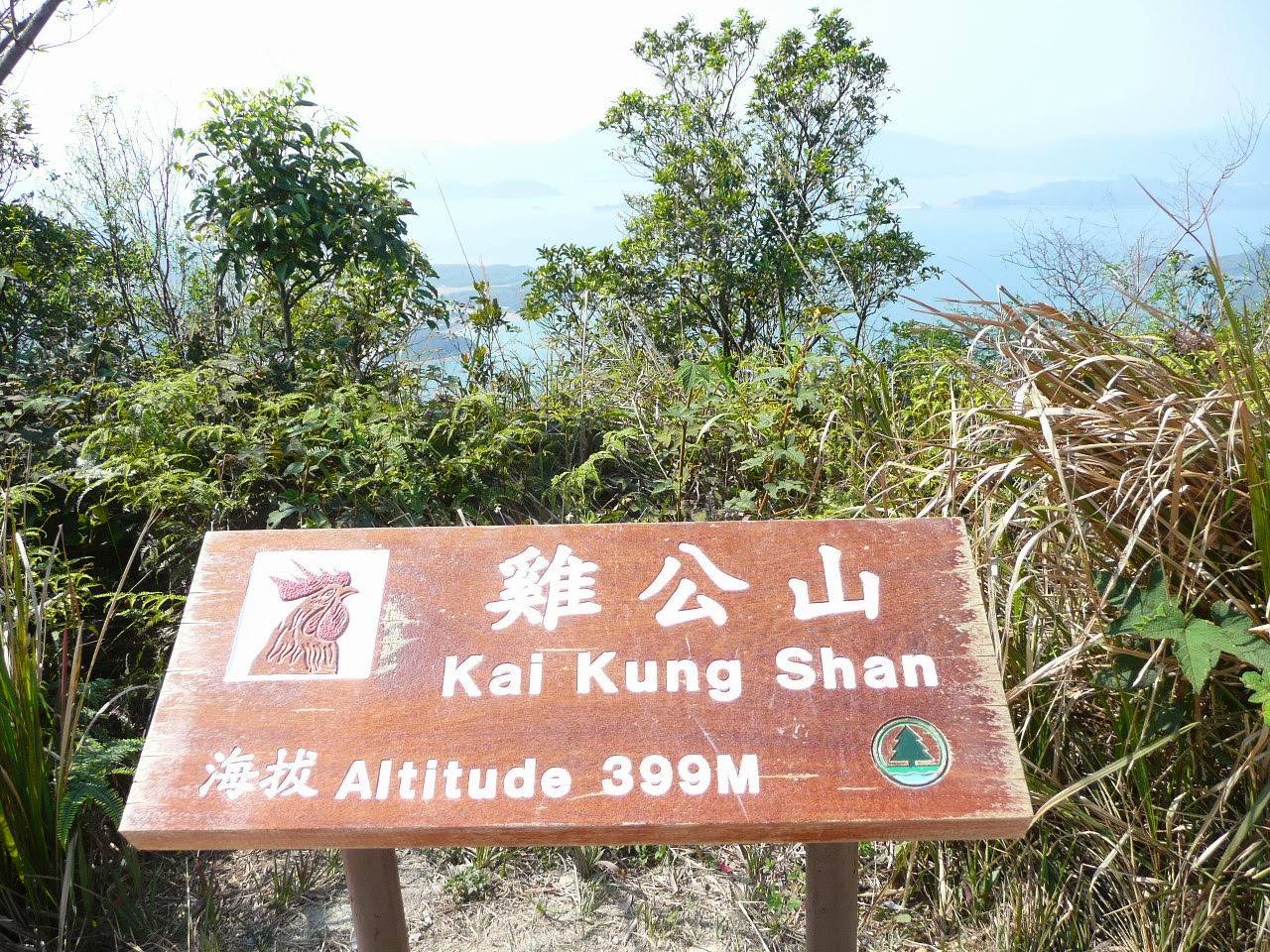 There's no trigonometrical station atop this hill, but
this sign suffices to confirm that I was indeed atop it! 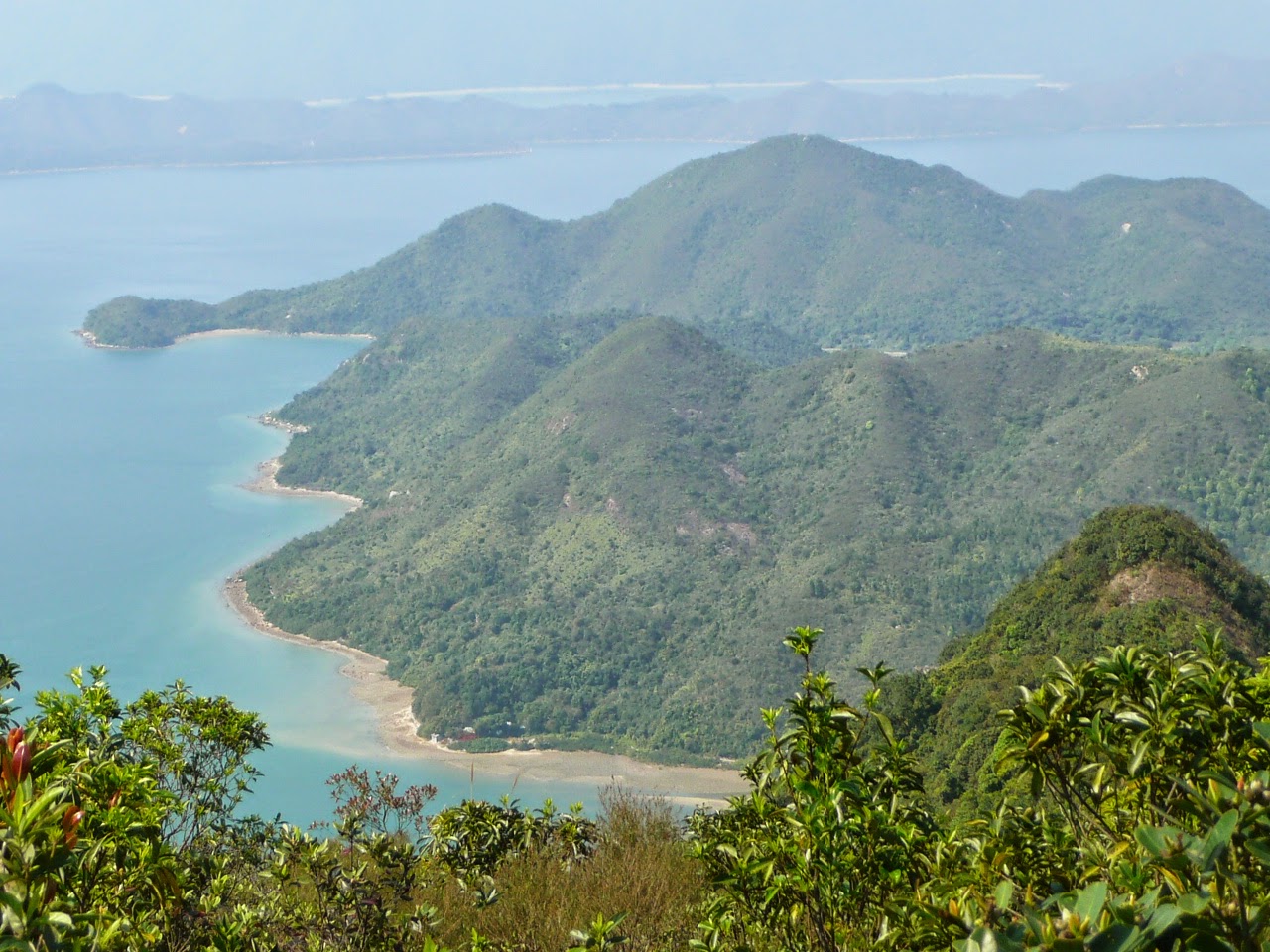 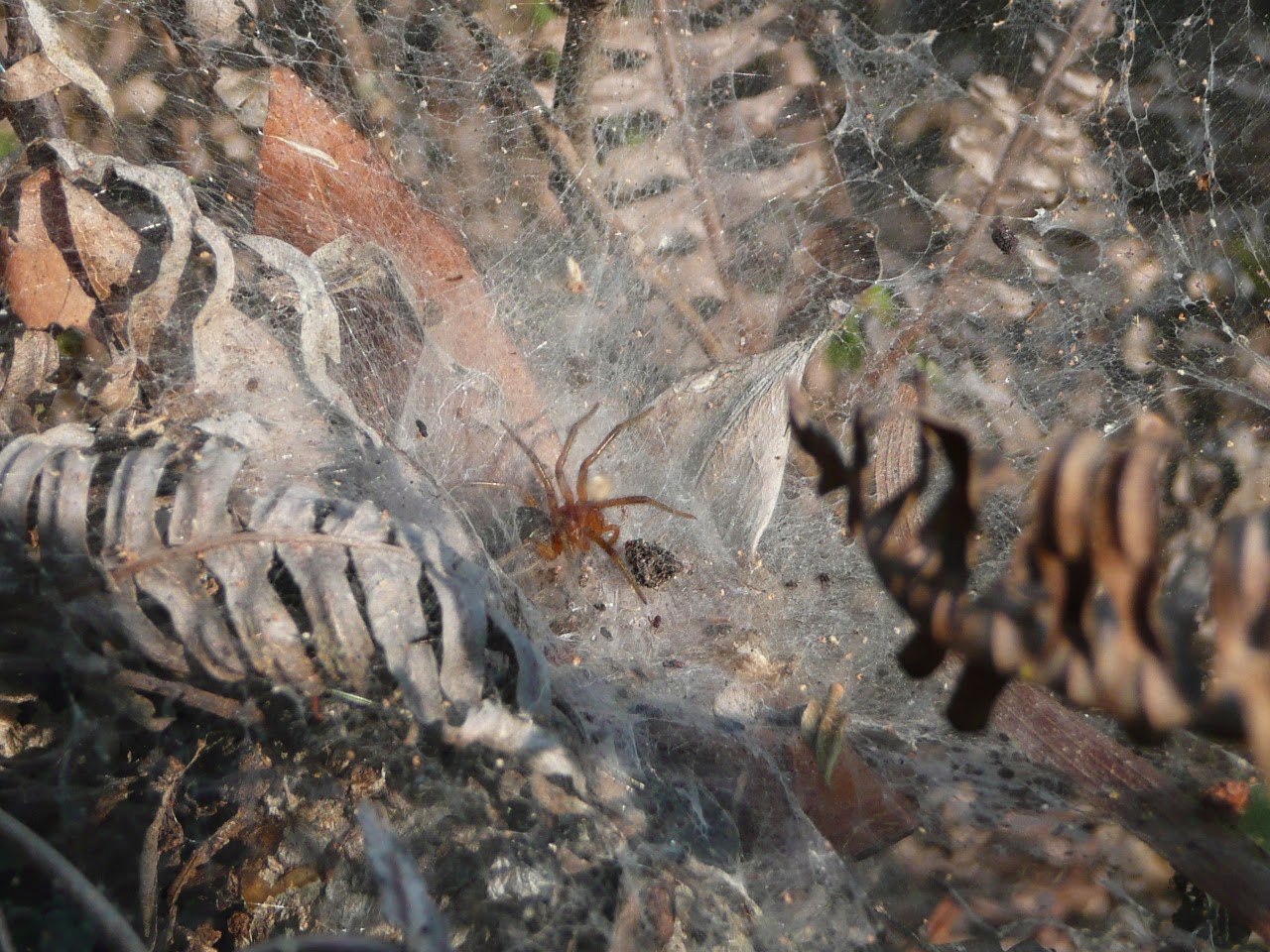 On the way down the hill, we spotted the kind of spider
that lives on the ground, spins webs that are super dense,
and are nowhere as big as the Golden Orb Weavers ;b
Posted by YTSL at 11:00 PM

You must do a lot of hiking

I don't consider myself a major hiker but it's true enough that hiking is one of my favorite activities in Hong Kong. :)

Thanks for posting another good weekday hiking entry, this one about the Kingdom of Sai Kung...BTW, saikung.com has a good article, "10 movies filmed in Sai Kung." Some of the films listed are: Project A, The Prodigal Son, Dragons Forever, The Killer, and the Hollywood movie, The Sand Pebbles.

Thanks for alerting me to the existence of the "10 movies filmed in Sai Kung" piece. Off the top of my head, other films I know were filmed in Sai Kung include the horrendous "Murderer", much better "The Valiant Ones" and a minor work called "Sai Kung Story" that nonetheless was responsible for making me want to visit that part of Hong Kong which I hadn't been to when I viewed the movie. :)