Critter spottings that get spirits soaring :) 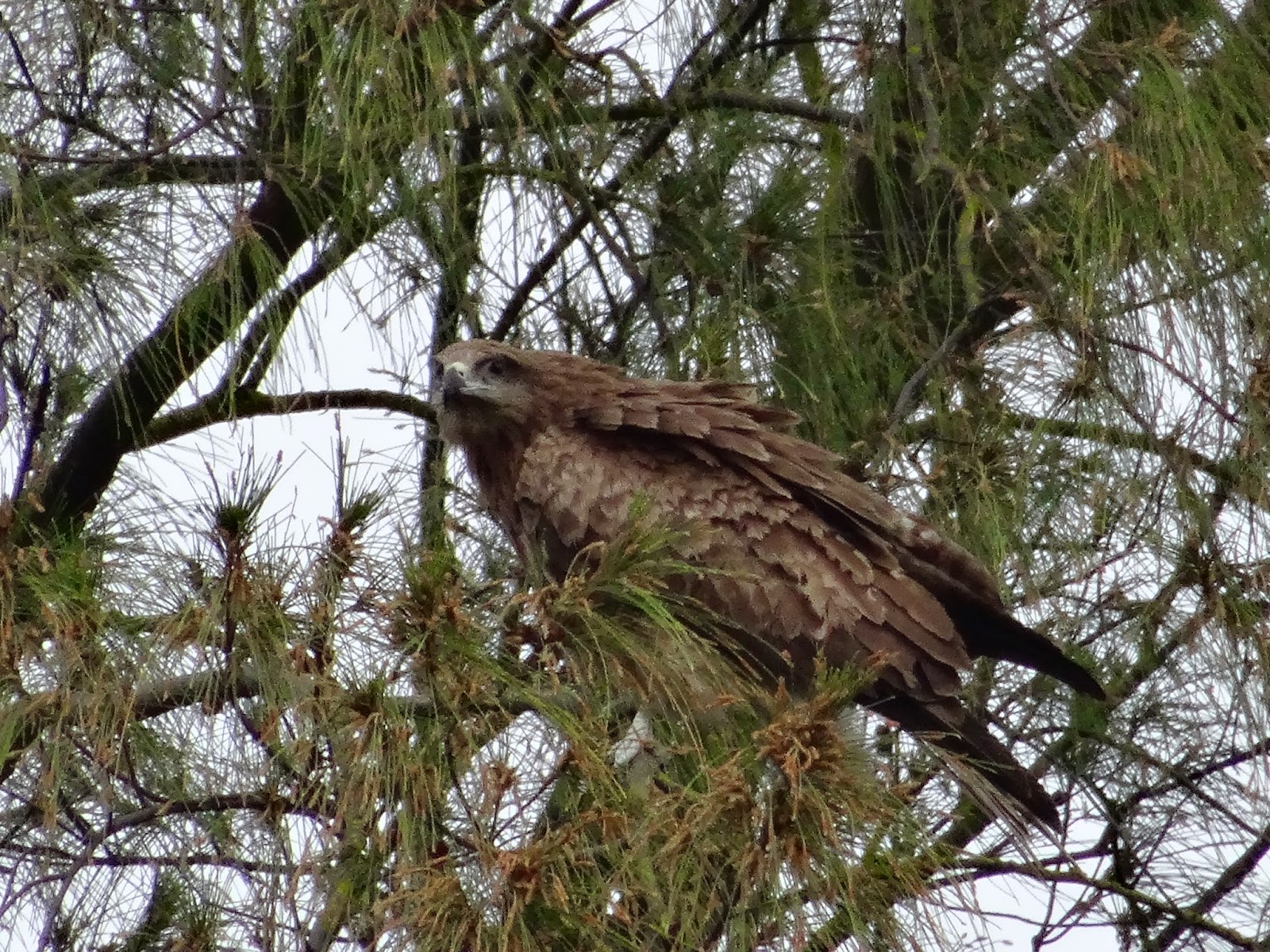 They're called black kites but their plumage actually is dark brown! 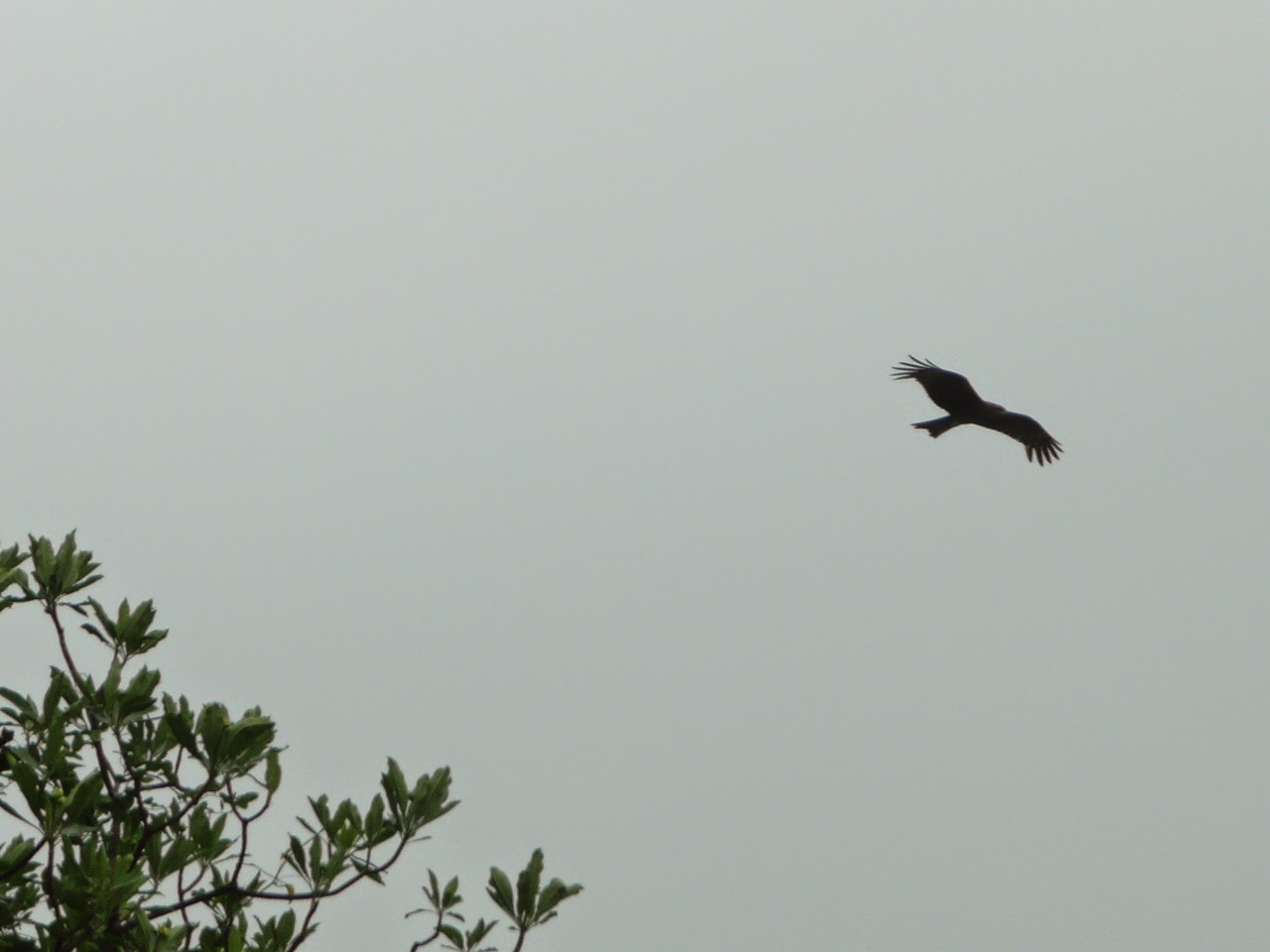 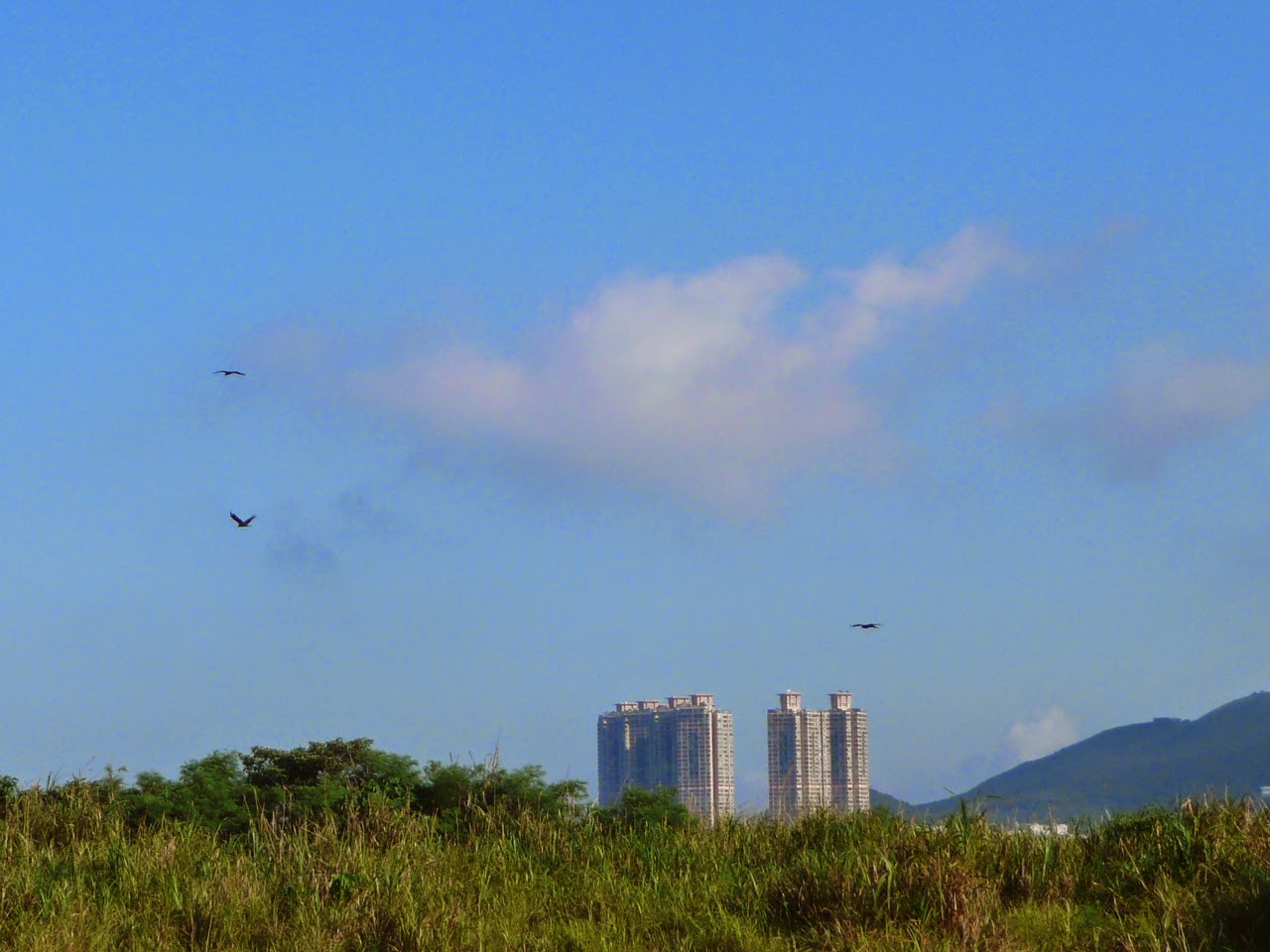 A view from even further away of these magnificent flying creatures

Some days, it doesn't take much to make my spirits soar; and this especially so when the weather's nice and I'm able to head out into...if not quite the wilds of Hong Kong, at least some sections that nonetheless qualify as its countryside.


As I told a friend, while out on a hike last week, the sight of a squirrel scurrying along a tree branch made my day.  And on Sunday, it was another critter spotting -- this time of a long-tailed changeable lizard -- that I considered to be the visual highlight of that day's hike.  Then this afternoon, on a visit to Cheung Chau, I felt my heart leap upon my catching sight of a black kite perched atop a tree for just a minute or so before it took off to patrol the skies once more.


One reason why my catching sight of these creatures gladdens my heart so stems from these not being particularly common events in my life and that of most people living in Hong Kong.  After all, even though the Big Lychee has has the highest density of black kites in the world and those birds can be seen flying above high density urban spaces as well as the countryside, one is more likely to see them flying high above rather than up close enough so that the whites of their eyes are visible!  (Okay, granted that I only saw these via a camera with great built-in zoom lens but, still!!)


In addition, there's a degree of pride involved in feeling like I've trained my eyes to be able to spot these creatures, especially those that make use of camouflage to protect themselves.  On a related note: the more I hike and am out in nature, the more I feel I'm able to see.  On my first few hikes, I tended to focus on scenic vistas.  Then I started looking around me -- not just at what was far away -- and seeing the trees, not just the forest; at which point, I got to appreciating nice bright flowers and butterflies too.  Later still, I got to noticing not only the splashes of color but, also, that whole green or brown sections of vegetation often teemed with interesting life!


Indeed, nowadays, it's often the camouflaged and/or uncommon critter spottings that tend to make my day, with some of my favorite animals to come across these days being skinks (a type of creature I did not even know existed until after I spotted one while hiking in Hong Kong), lantern bugs (ditto!) and stick insects.  (And -- oh yes -- I also do get pretty excited upon catching sight of pretty much any critters doing what comes naturally, as was the case for these dragonflies, beetles, stink bugs and butterflies!)

On top of it all, there's the sheer serendipity of many of these critter spottings.  To be sure, there are times of the year when one expects more of them (spring and summer) than others (winter is, not coincidentally, when I take fewer photographs during hikes!).  Still, it's not like one can schedule an appearance by a creature, especially one that is kind enough to pose for photos -- so when one comes by such, it does often feel like a treat bestowed by none other than Mother Nature herself! ;b
Posted by YTSL at 10:50 PM

I know a place in Hong Kong Island where such birds retire by sun set. Try Magazine Gap. A few years ago I saw tens of kites descending onto trees there on the southern slope up there.

Thanks for the info!

I've read some Black Kites stay in Hong Kong year round whereas others are seasonal. Can you remember which part of the year you saw the birds you did on Magazine Gap?

There are kites all year round in Magazine Gap. They would zoom down all directions to hunt in the morning and late afternoon.

Wow, sounds like a cool sight! Thanks for the tip! :)

Like your close-up of the fierce and noble bird of prey. This photo (and the blog itself) of the black kite ranks with the best of your wildlife photos, including the classic photo of the Luk Wu Plateau Lizard!

After reading this entry, I searched online for info on Hong Kong's black kites and came across a good site: beastsofhongkong.blogspot.com.

A final thought: the left eye of the black kite in your photo looks positively human!

Aah, the Luk Wu Plateau Lizard -- honestly, I'm so glad I got photos of it, otherwise I would start to doubt my own memory of having encountered it! ;b

Re beastsofhongkong blog: Actually, I linked to its Black Kites post in mine! ;b