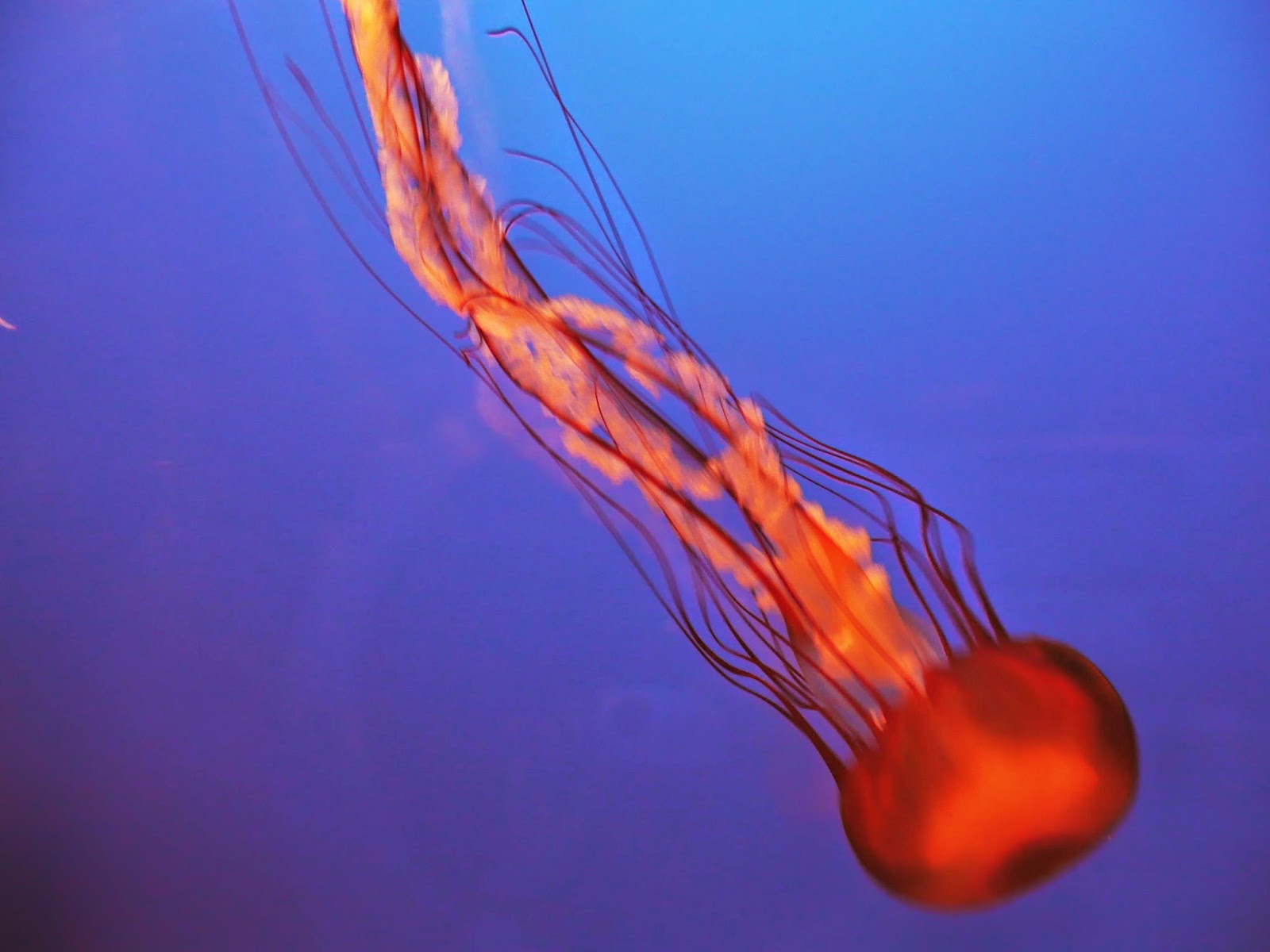 This jellyfish was one of many amazing creatures I saw
on a 2008 visit to the Osaka Aquarium :b

On my ninth birthday, I was so badly stung by a jellyfish that I was hospitalized and couldn't walk for several days.  In light of this experience, I am not a fan of these aquatic creatures -- and have been known to flinch at the sight of them in real life and in film (e.g., a certain Ponyo on the Cliff by the Sea).


Nonetheless, my instinct told me to check out the Hong Kong International Film Festival's screening of Princess Jellyfish, a live action film adaptation of a popular manga whose protagonist is a jellyfish-loving otaku, at the Hong Kong Cultural Centre on a hunch that it might provide me with a Bubble Fiction: Boom or Bust experience -- and how right I turned out to be about it!  By this, I mean that this enjoyably quirky movie turned out to be a major crowdpleaser that had the viewers in the 1,734 seater Grand Theatre not only laughing uproariously with delight several times but also moved to break out into multiple rounds of applause over the course of the screening!


Jellyfish otaku Tsukimi (Rena Nounen) lives in the atmospheric house in a Tokyo neighborhood with four other female otaku -- traditional Japanese culture-loving Chieko (Azusa Babazono), Romance of the Three Kingdoms obsessive Mayaya (Rina Ohta), trainspotter Banba (Chizuru Ikewaki) and Jiji (Tomoe Shinohara), who has a thing for mature, older men -- and a famous writer who is a shut-in and is never seen in the film.


Deathly afraid of good-looking people (who they refer to as "fab humans"!), particular those of the male gender, the five otaku refer to themselves as Amar (nuns)!  But one fateful day, Tsukimi meets a young man who ends up sleeping (on the floor) in her room -- because he was dressed as a female when they met and she actually didn't realize (despite his obvious Adam's apple and low voice) that he was male!


The son of a conservative politician, Kuranosuke (Masaki Suda) loves to cross-dress because -- like his fashion designer mother, who now lives in Paris -- he loves beautiful women's clothes and fashion accessories.  Over the course of the film, he will show that he's very much is mother's son but also also possess better political instincts than his father and elder half-brother Shu (Hiroki Hasegawa), who works as his father's aide but turns out to not be so intolerant as the family patriarch.


Packed with so many colorful characters, Princess Jellyfish can't help but be an over-the-top movie.  Inevitably too, certain personalities get less screentime than others, with the result that they don't come across as fully three-dimensional (this particularly -- appropriately? -- of Jiji, who is ghostly pale and appears to be a wallflower type).  Still, they all definitely have salient parts to play in moving along the main story whose central tension comes from the otakus' residence and their neighborhood in general coming under threat from heartless developers who have no qualms to resorting to dirty tricks to get what they want, and want to radically change its character.


As unlikely as it sounds, the love triangle that develops in the film -- and involves Tsukimi, Kuranosuke (who is not gay, despite what some people may think) and Shu -- does work, not least in terms of the audience being able to understand why Tsukimi could find Kuranosuke and Shu attractive, and they her.  And it helps too that the audience also will find this trio to all be very agreeable characters -- and the supporting Amar characters to be a lot of fun to watch.


In all honesty, if I had been told before I viewed Princess Jellyfish that I'd love a film with jellyfish and a fashion show in it as much as I do, I would not have believed it.  But, then, this romantic comedy also has otaku characters whose obsessive passions I'm enough of a geek to be able to identify and empathize with -- and its celebration of them and their quirky ways is something I found heartwarmingly wonderful as well as pretty entertaining. Ditto re the film's portrayal of a character who likes to cross-dress but is not necessarily gay (something that one tends to see more with females than males)! :)