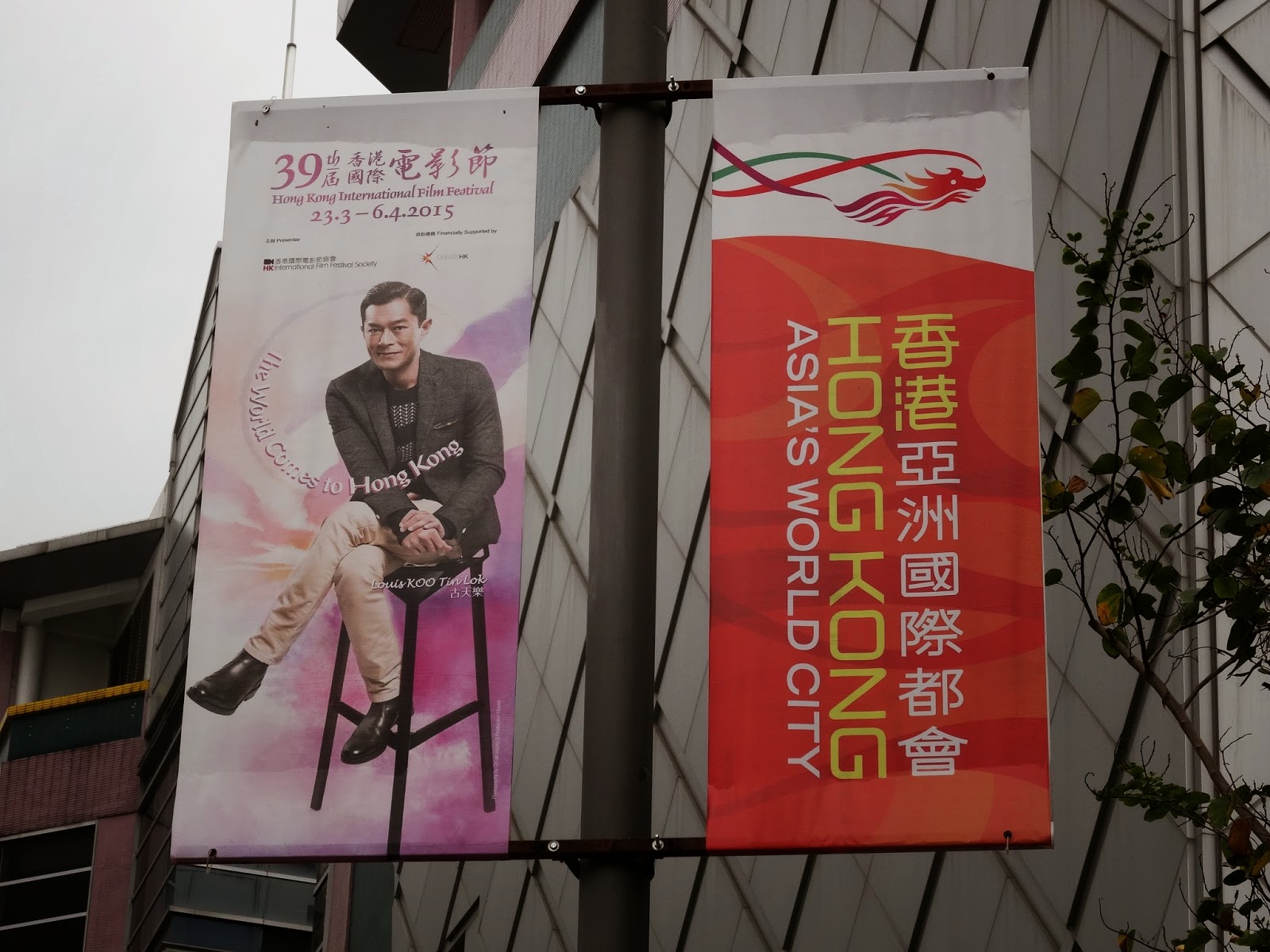 It felt like there were fewer foreign guests at this year's
Hong Kong International Film Festival than previously
but its film offerings did indeed come from the world over!

After feeling emotionally devastated as a result of viewing Mikio Naruse's bravura -- but painful to watch -- Daughters, Wives and a Mother, I was in need of an psychological pick-me-up.  So a screening at the Hong Kong Cultural Centre's Grand Theatre of Matthew Warchus' feel good film based on seemingly improbable events that took place in Thatcherite Britain truly was what the doctor ordered!


Pride tells the story of a London-based group of homosexual men and women who decided to support the miners taking part in a national strike because, as Northern Ireland-born Mark (Ben Schnetzer) pointed out, "mining communities are being bullied just like we are". Standing out on the streets with buckets in their hands, they go about raising cold, hard cash to help the miners -- only to have trouble finding mining groups that'd accept their donation along with gay people willing to help the cause since, as one gay man who hails from Durham told Mark and his comrades, the miners up there were among the people who physically abused him because of his sexual orientation when he was young.


It's against the odds then that the Lesbians and Gays Support the Miners group find a mining community whose representatives not only are happy to accept their cash but also extend the hand of friendship to them.  The noble Dai (Paddy Considine), spirited Hefina (Imelda Staunton) and their fellow denizens of the Welsh village of Onllwyn are undeniably broadly drawn -- but the realization that many of the film's characters -- straight and gay -- are based on real-life people (including Sian James (played in the movie by Jessica Gunning), a miner's wife who went on to become a Member of Parliament) help to emphasize that there's a heartwarmingly genuine core there.

There's definitely drama in this tale -- with the stories of Joe (George MacKay), a shy young man from Bromley leading a double life which he tries his utmost to hide from his suburbanite parents, and Gethin (Andrew Scott), a diffident Welshman who had not been back in Wales for years until he went to Onllywyn with his lover Jonathan (Dominic West) and other members of the group, being particularly affecting.  In addition, it's not glossed over that things take place amidst the grim backdrop of a miners strike that went on for much longer than few people had bargained for -- and didn't have the outcome that many had hoped -- along with often pretty open, at times violent, homophobia.

But there's also a lot of fun and laughter to be had in from watching Pride, including a disco dancing sequence that takes place in the Welsh village's working men's club and scenes of the Welsh women's curiosity to see gay nightlife on a visit to London.  Much of the entertainment comes from seeing people from what are essentially different cultures learning about each others' lifestyles, while a large part of what's heartwarming about the film stems from those same people realizing that the differences don't have to get in the way of their respecting and liking one another.

A lovely, lovely film with many scenes that put a smile on my face and got no small amount of tears of joys flowing down my cheeks, this inspiring movie also prompted me to go online afterwards to find out more about the production but also the true story and real life people that inspired this work. And how wonderful it was to be able to find videos like this and this, and to realize that beyond making people feel good, actual concrete good did come out of the efforts of a group of gays who decided to reach out to -- and support -- people different from them in some ways, yet also similar in what really counts: having a big heart.