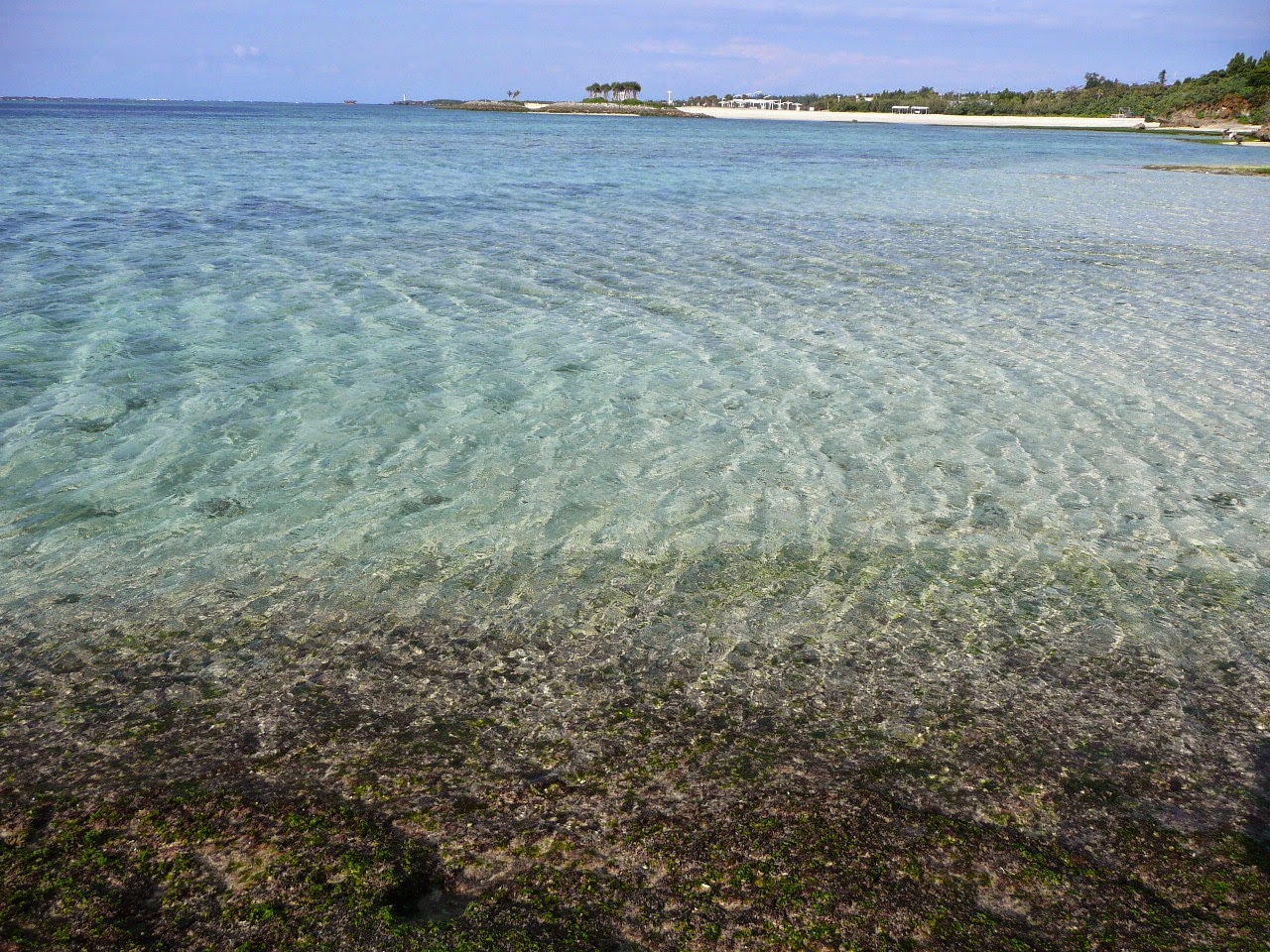 The sea off Okinawa may be the most beautiful
I've ever seen -- and surely should inspire some songs ;)

When I told a friend of mine that I'd be seeing an animated movie at this year's Hong Kong International Film Festival, he asked me if it was a Studio Ghibli production.  Although Song of the Sea is not, it actually did call to mind Hayao Miyazaki's Ponyo on the Cliff by the Sea -- this not least on account of its characters featuring a mix of humans, sea creatures and mythical beings, the film's main human characters living in a dwelling atop a cliff by the sea and its main female character being at home both in the sea and on land.

At the same time, this animated drama purports to be inspired less by Miyazaki's 2008 anime (or, for that matter, Hans Christian Andersen's The Little Mermaid) and more by Celtic myths of selkies, seals that shed their skins and take human form -- often with tragic consequences.  Lest there be any worry, however, rest assured that this magical animated film is by no means a sad one, though it's also true enough that it has a few scenes that may get viewers tearing up!


Song of the Sea's story begins in a lighthouse on a small island that's home to lighthouse keeper Conor (Brendan Gleeson), his darling wife Bronagh (Lisa Hannigan) and young son Ben (David Rawle).  Heavily pregnant, they are preparing for the arrival for the new addition to the happy family by doing such as painting beautiful pictures on the wall of what looks like it'll be the nursery.


But as the birth of the new child nears, it's clear that something's amiss -- and after the story flashes forward by six years, we find not only that Bronagh is no longer living on the island but that Ben is not the loving older brother to the latest addition to the family.  Then there's the not insignificant fact that even at six years of age, Ben's sister, Saoirse (Lucy O'Connell), still cannot speak a word -- and, most worryingly of all their father and his mother (Fionnula Flanagan) is Saoirse having an uncommonly strong attraction to go into the sea.


After Saoirse is found lying on the beach, being lapped by the waves, one night, Granny decides she's had enough and opts to bring the children back to stay with her in her home in a town far inland.  Upset with this development (not least because he couldn't bring the beloved family dog Cú with him), Ben decides to escape from his Granny's grasps and head back home, with his silent sister in tow.  But upon leaving their grandmother's house, the pair end up getting into way more adventures than Ben had bargained for -- over the course of which he learns a lot about Saoirse that he had not previously realized and, consequently, to appreciate and love her more too.


A beautiful -- visually and otherwise -- offering which gives a nice contemporary twist to a tale rooted in Celtic mythology, Song of the Sea deserves to be the Best Animated Film Oscar nominee that it was and in a year with a less strong field than this (whose other nominees included Disney's lovable Big Hero 6 and Isao Takahata's sublime The Tale of Princess Kaguya), would have been a deserving Academy Award winner.  In any case, it's one more European entry -- along with the likes of France-Belgium-Luxembourg co-production Ernest & Celestine -- that shows that wonderfully hand-drawn animation actually is not the sole province of Studio Ghibli nor old Disney movies!

Sounds like a lovely film :) I like Celtic mythology and modern fairy-tales so would definitely enjoy this. Beautiful pic of the sea too, looks inviting :)

It's indeed a lovely film. Hope my review makes you want to check it out. And I'm glad you like my photo of the sea off Okinawa -- and that I finally got to make use of it on this blog! ;b

Thanks for a lovely review of what really does sound like a lovely film! : ) Hopefully I'll get to see it on the big screen in Australia!