A Lantau hike with plenty of critter encounters! (Photo-essay)

One beautiful summer's day, I hiked from Discovery Bay to Mui Wo with two friends along a route that I had gone on before with a different friend and enjoyed so much I figured it'd be nice to introduce to a couple of others.

Having chronicled that route in quite a bit of depth previously (in photo-essays that can be found here, here and here), I'll be briefer -- and focus more on interesting critters than scenery! -- here.  Speaking of bugs though: probably the most memorable part of this particular hike was my discovering upon returning home that I had more than 18 insect bites on my legs... so yeah, the bugs really were out in force that day! :O 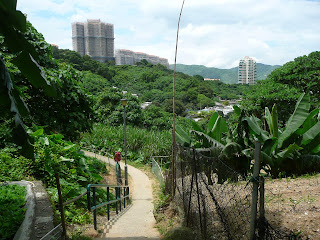 Just minutes after leaving "Disco Bay", one finds oneself
not only amidst greenery but walking past an organic farm! 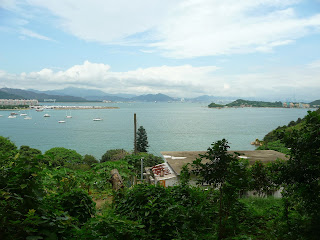 Yes, there are scenic views to be had on this hike where
you'll spend the majority of the time on higher ground :) 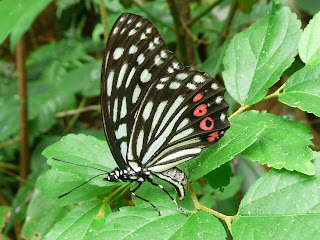 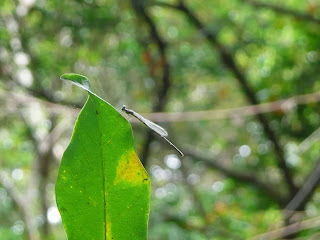 A small and delicate looking damselfly perches atop a leaf 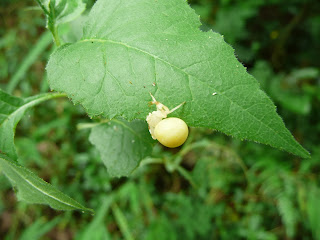 I have to honestly say that I don't know what kind
of bug this one is! :O 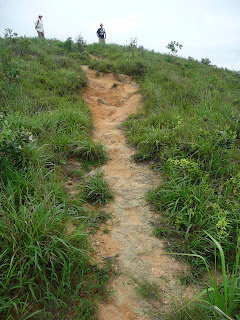 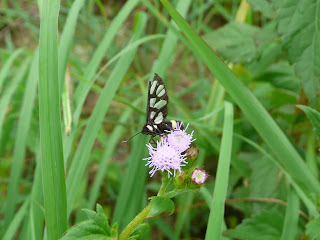 At first glance, I thought it was a butterfly but
the body's too proportionally large to be so! 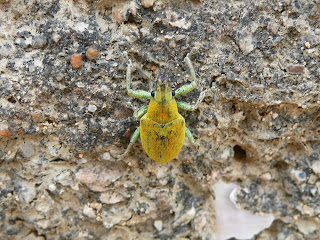 Finally, while walking down the many steps to Mui Wo from
the top of the hill, we caught sight of -- and thus did not
accidentally crush! -- this pretty colorful beetle :)
Posted by YTSL at 9:14 PM

As ever, your photos are delightful. I wish you every blessing this season brings :)

Thanks for your appreciation, and seasons greetings and happy holidays to you too! :)

The unknown bug might be a spider of sort. The left hand side of its legs were hidden, but I could four legs on the right hand side. Insects only have three pairs......

I wonder what kind of spider it is. It's unusual to see one with such a round and big body relative to its legs, right?

See if something similar is listed here: http://www2.ca.uky.edu/entomology/entfacts/spiderchart.aspHi there,

I have encounteted some spiders with such round big body with the size of a ping pong ball a few decades ago. However that was a black one and I saw it indoors in a multipurpose community hall somewhere in Wanchai. There was a big 'Yikes! ' when I first saw it, but soon paid no attention to it.

Thanks for drawing my attention to that cool spider chart -- and woah re your Wan Chai spider encounter! :D