In the southern foothills of Tai Mo Shan, there lies a village famous for its dim sum restaurants.  I've been to Chuen Lung a couple of times for dim sum brunch.  But when three friends and I headed there one Sunday afternoon, it wasn't to eat but, instead, to begin a hike along the Lung Mun Country Trail that I had previously been on with two other friends one rainy afternoon.

This time around, conditions were considerably drier and made for a much more pleasant trek.  It was just as well as this turned out to be the real farewell hike with my erstwhile regular hiking companion -- ironically, in the company of my first good friend who left Hong Kong along with a third friend who, happily, has since become a permanent resident and remains here in the Big Lychee... 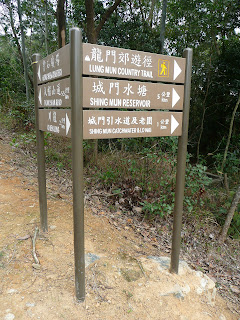 Near the start of the hike, we were presented
with a number of optional destinations 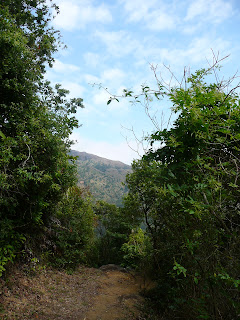 Any which way, blue skies beckoned :) 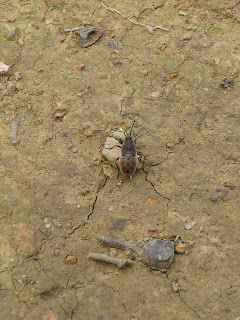 We didn't forget to occasionally look down though --
and were rewarded with such as the spotting of
this interesting critter! :b 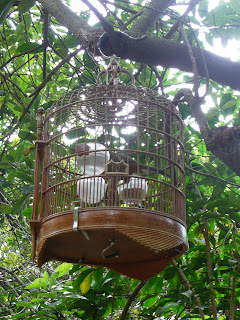 A somewhat surreal sight out along the hiking trail
-- it seems that some bird lover takes his pet birds
(complete with cages!) out for walks in the countryside! ;b 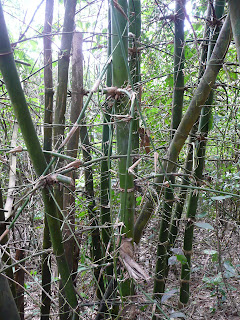 Bamboo growing wildly --
in more ways than one! :) 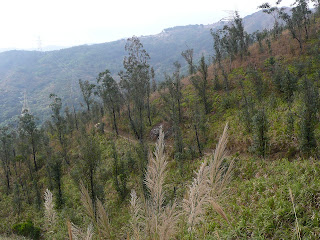 The rare horizontal landscape shot I took along the hike ;b 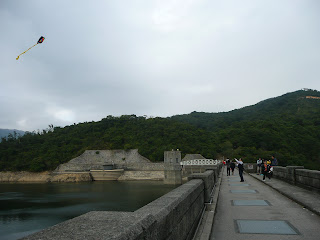 After arriving at Shing Mun Reservoir, we were still in
a hiking mood, so strolled over to its Jubilee Dam
where at least one fellow was having fun kite flying 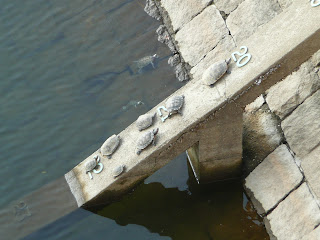 Shing Mun is infamous for the monkeys but that afternoon,
we also noticed that tortoises abound in the area! :)
Posted by YTSL at 8:50 PM