With regards to its Cantonese name: as I understand it, "Pau Toi" translates to Fortress and "Shan" as Hill -- and Devil's Peak is a hill that did have a fort (and battery) atop it.  As for its English name, for a hill that's not very high, it sure can look devilishly formidable -- and the ascent up it is on the steep side, and somewhat torturous on a super hot and humid day.

As it so happens, it was on a super hot and humid afternoon that I last elected to go up it -- and on my own too!  In my defence, I was craving de-stressing exercise that day -- and, since I've been up there before, I knew that the path up to Devil's Peak was one where I'd see a fair amount of other people.  And not only were the views from its summit really breathtaking, so too were some of those to be found down below in Lei Yue Mun (where I began and ended my hike)... :b 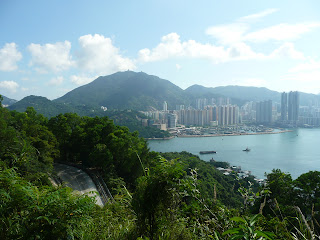 Even before one gets to the top of Devil's Peak,
scenic vistas spread out before one 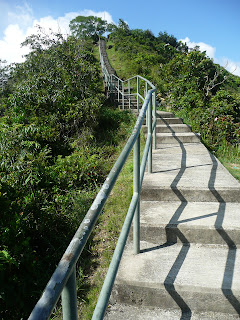 Inevitably, there are many steps to be conquered
before one gets to the hill's summit 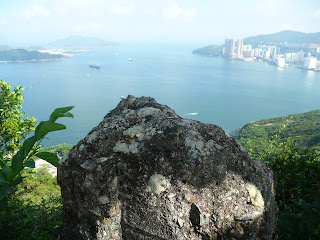 Looking east from the ruined redoubt  (which makes
a brief appearance in Project A), with Tung Lung Chau
barely visible and close to the horizon 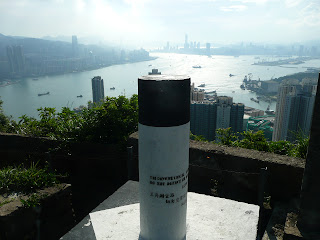 The view to the west takes in Tsim Sha Tsui and
the central section of Hong Kong Island --
and, yes, a trigonometrical station atop Devil's Peak :) 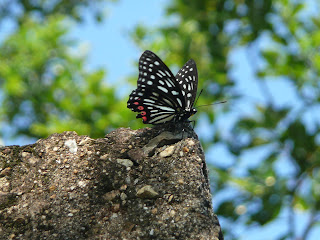 A beautiful butterfly stopped to rest
atop the ruined redoubt 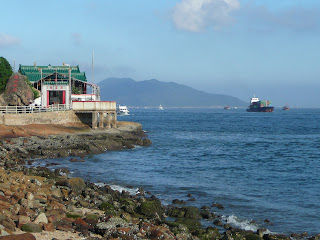 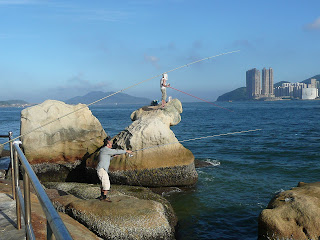 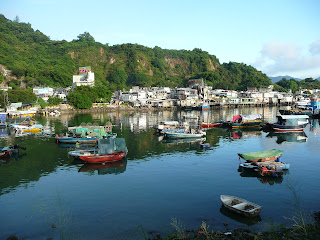 What some see as ramshackle structures and boats,
I think contributes to a pleasantly picturesque scene