From Wong Nai Chung Gap towards The Twins (photo-essay)

Standing as they do at 363 and 386 meters above sea level, Hong Kong Island's The Twins are some ways from being Mount Everest. But from when I first spied them back on what was only my fourth hike after moving to Hong Kong (back in September 2007), those twin peaks -- with their some three thousand steps -- have represented a challenge that, if I were to successfully rise to them, would make me feel more like a bona fide Hong Kong hiker.

Finally, one beautiful November day last year (and some forty-three hikes on), I decided that the time had finally come to tackle The Twins. To help me prepare for the ascent, I -- and my regular hiking companion -- got to Repulse Bay Gap (AKA Tsin Shui Wan Au) from Wong Nai Chung Gap not over Violet Hill but via the Tsz Lo Lan Shan Path that I have hiked with my mother, among others, that is scenic even while being fairly easy going -- especially on a day such that during which the following photos were taken:- 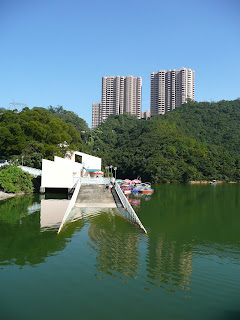 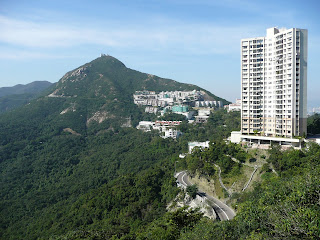 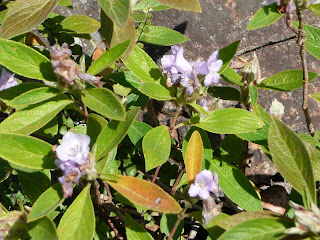 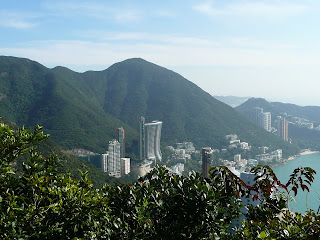 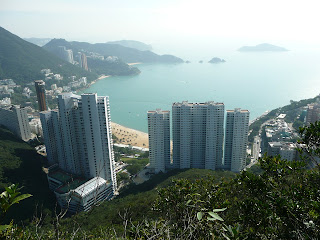 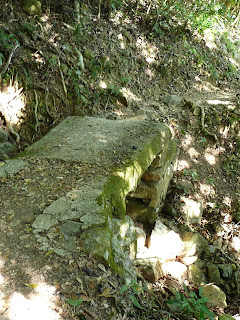 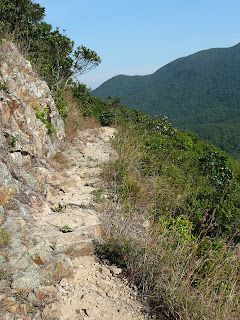 And to compare: here's one of the more
narrow and open sections of the trail 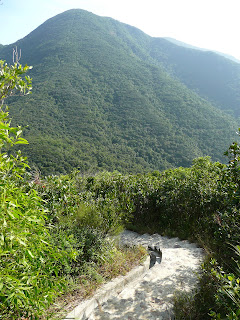 Should there be any doubt: yes, that's the first,
more northern Twin ahead...

Someone at the Hong Kong Chamber of Commerce or Young Expats Recruiting Bureau or someplace needs to start using your pictures in their literature. The fourth and fifth pictures from the top--"first glimpse of "The Twins" and "Repulse Bay" are terrific.

Heheh, glad you recognize it! :b

Hmmm... maybe you should write to such organizations -- or the Hong Kong Tourism Board -- and suggest that they employ me! :DDD

I did the twins last summer and I have to say it was one of the single most excruciating experiences my legs have ever had. 1000+ steps up to the top, sweat pouring down my face, heart rate must've been close to bursting point and I think I stopped at least 5 or 6 times (can't remember as I was feeling dizzy at the time). But WOW!! the views at the top are worth all the effort. Looking forward to the next installment.

You did The Twins in the summer? Oh my... hope you brought lots of liquids to re-hydrate with!!! I, too, stopped several times along the way -- sometimes because I genuinely wanted to take photos; other times because I really did need a short break! But, yes, the views from the top -- and along the way up and then down -- were really something. :)

What a gorgeous day. So clear and brilliant. I like the picture of Repulse Bay. Thanks for taking us along on the 'photo hike'. I'm looking forward to more.

It was indeed a gorgeous day. (And if you're wondering, yes, I did pick that day to mount an assault on The Twins because the forecast was for good weather!)

And please check back some time this week for the next installment of the hiking photo-essay! :b