It's been more than a month since I put up some photos from a hiking excursion. And, if truth be told, it's been more than a month since I completed a hike. (I attempted one yesterday but, sad to say, was tired still from the exertions of the past week and so out of shape that I had to call it quits early on! Fortunately, two other members of that party did too -- consequently, I had company that, as it turned out, was pretty good and fun to hang out with for the remainder of the day!)

As it so happens though, I still have quite a few interesting pictures from a few Hong Kong hikes I went on towards the tail end of 2007 that I've yet to post up on this blog. So here's going ahead and sharing a selection of these from one of the more scenic as well as lengthier hikes that I went on and did manage to complete -- as it turns out, on the same beautiful island, Lantau, as I spent a good part of yesterday... 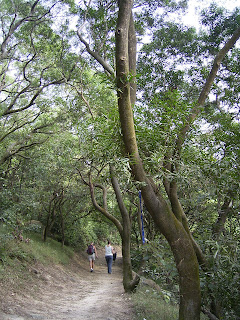 Early on the hike from Pak Kung Au to Nam Shan,
I got the feeling that if I tarried too much,
I'd get left far behind by my intrepid companions! ;S 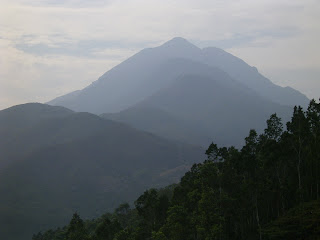 Lantau Peak (and its environs)
-- not (yet) scaled and, instead,
only admired from a distance 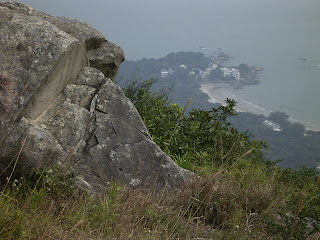 A view of the Lantau coast (and Sha Tsui in particular?)
from pretty high above 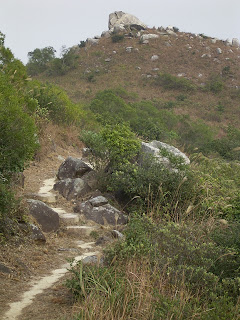 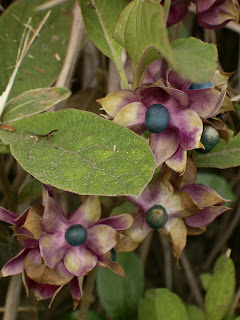 Can anyone identify these flowers?
(All I know is that they pretty beautiful!) 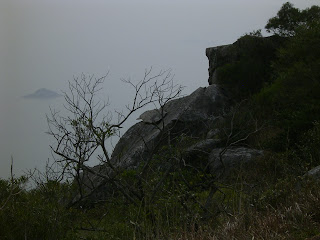 The eye (coupled with a degree of air pollution)
can deceive -- for that's actually
an island in the distance, not a UFO! 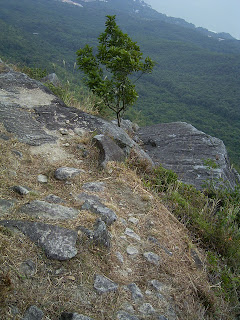 In case anyone needs some assuring:
Yes, I really (still) was in Hong Kong --
and standing smack dab on its largest island,
as a matter of fact! -- when I took this photo! :) 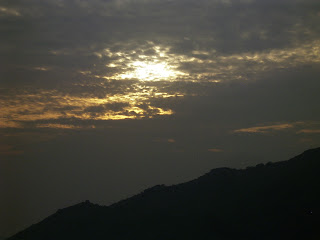 Towards the end of our longer-than-anticipated hike,
we found ourselves in a race against the setting sun!
(But yes, we did manage to complete the hike --
though only just! -- before dinner time that evening ;b)

What beautiful views. And those are some pretty interesting-looking (as well as pretty) flowers. I, not too suprisingly, have no clue what they are.

I hope that your enjoyable non-hiking hanging out time included get some tasty food.

Again, wonderful photos of lesser know areas of Hong Kong. Are there books/pamphlets the about hiking areas and flora and fauna of Hong Kong?

Thanks! And yes, there are books/pamphlets of what you asked about. Cosmos Books appears to be the bookstore to get them over here as they publish such works in conjunction with such as the Friends of the Country Parks. So be sure to check out one of their branches the next time you're in Hong Kong! :)