Gone, Back, To Be Continued 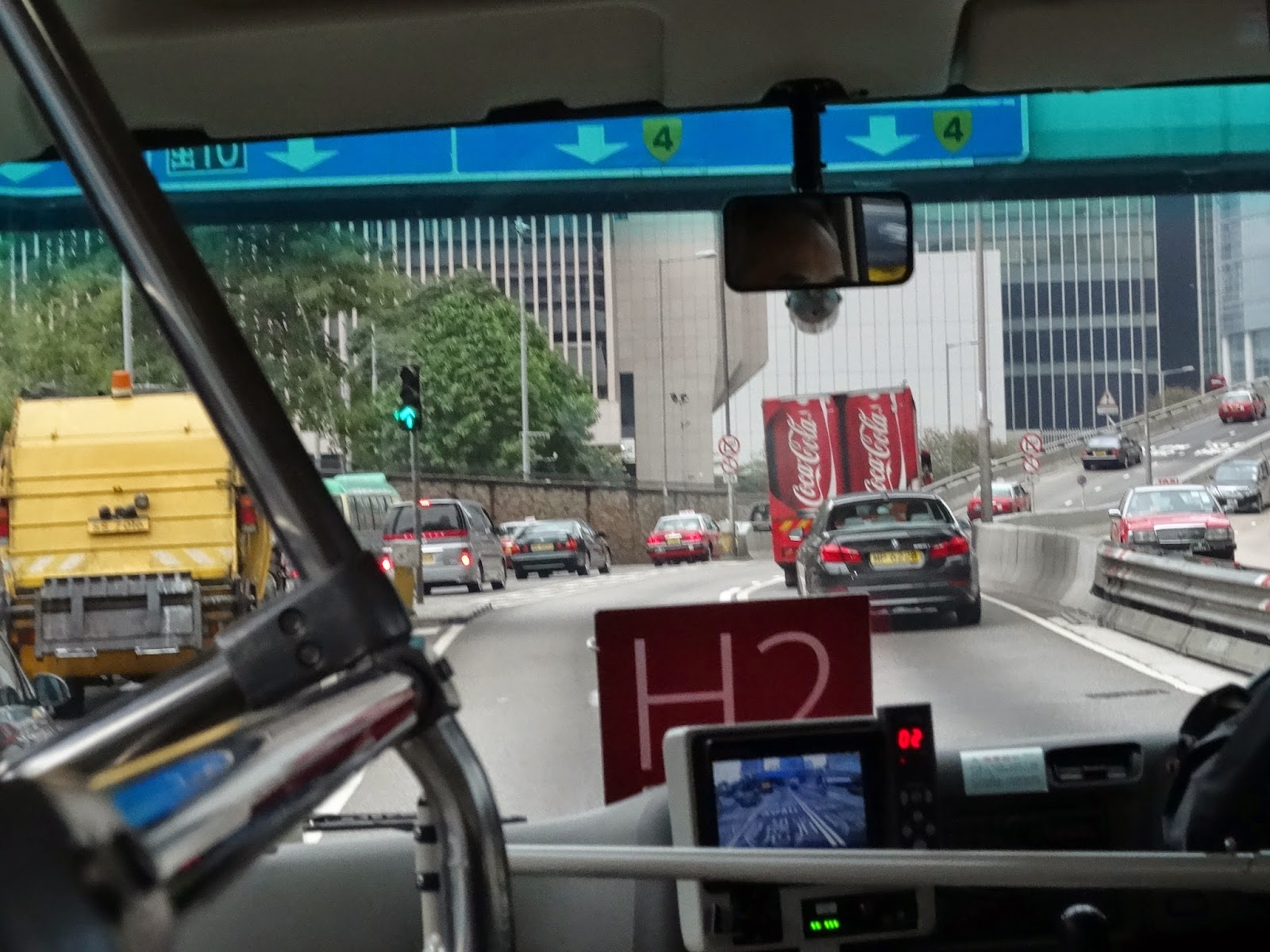 Not so long ago (and for several weeks), the sections of road
in this picture were Occupied space 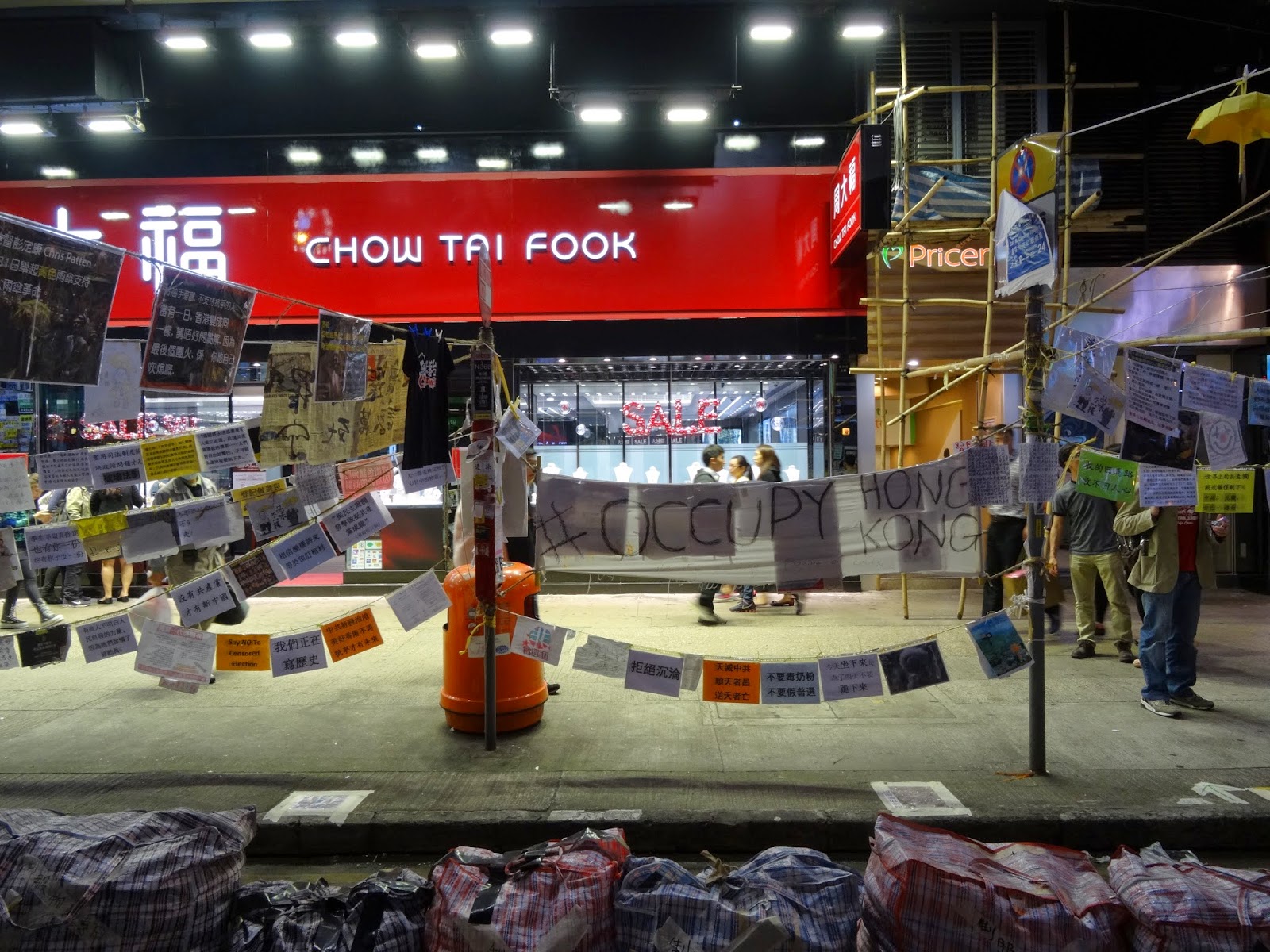 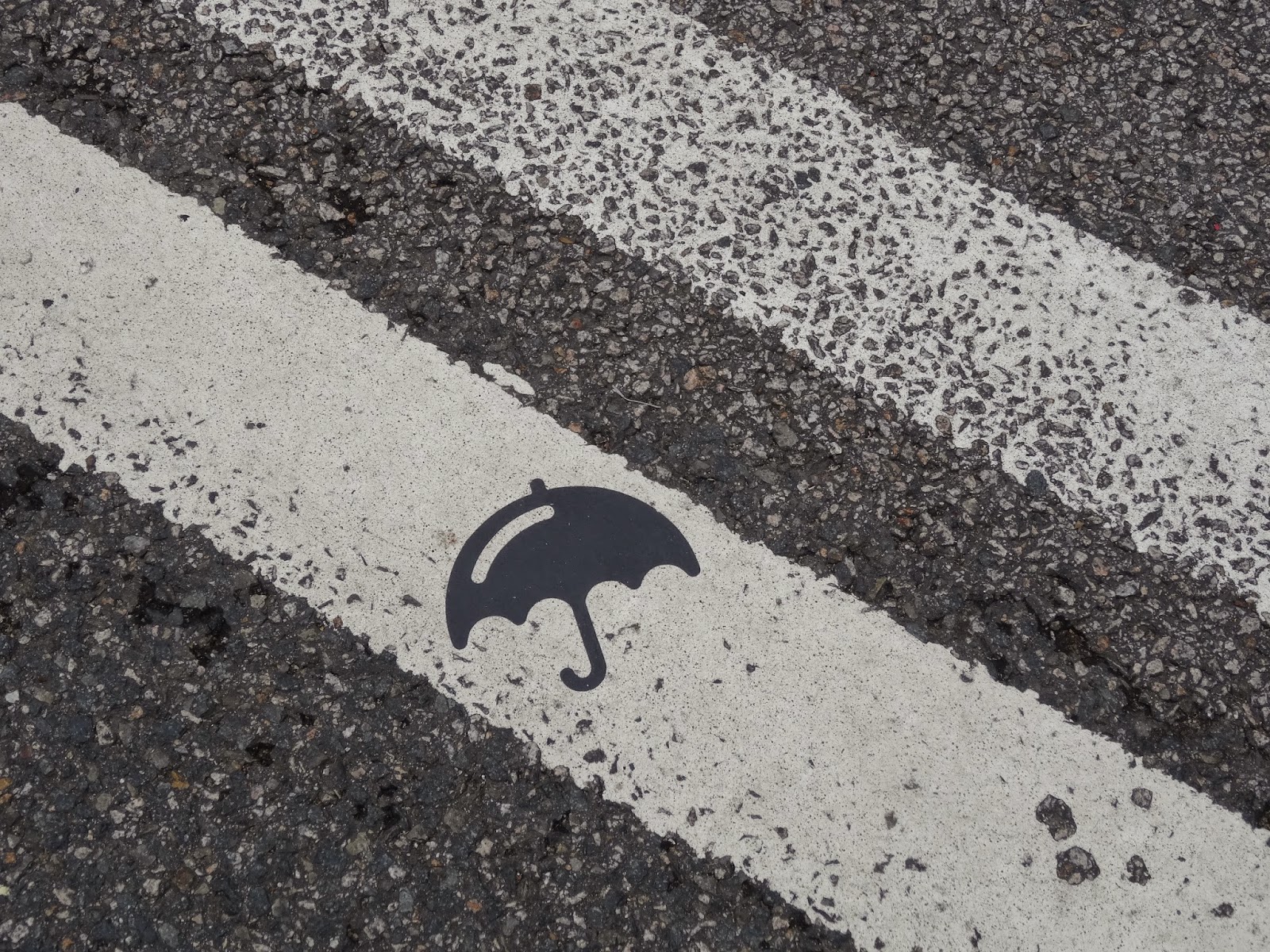 What are the odds of this umbrella image still being there, I wonder?

79 days ago today, I returned from a wonderful Japan trip to a Hong Kong in turmoil -- one which my friend over at The Fragrant Harbour blog called Hong Kong's saddest day but which, in retrospect, may not have been an entirely dark one on account of it also having seen the birth of an Umbrella Movement that has instilled me a greater respect and love for many of my fellow Hong Kongers (even while also making many of us have less respect, faith and trust in the Hong Kong government, particularly its Chief Executive).


This morning, I returned from a visit to Germany and Luxembourg to news that the Causeway Bay protest area and the remaining sections of Occupy Admiralty would be cleared by day's end -- and so it has come to pass.  (In addition, while I was thousands of miles away, I got word that the great bulk of the protest area in Admiralty had been cleared -- and it's a sign of how removed this all seemed in Europe that the only newspaper I saw put this piece of news on its front page in the shops in Germany was the International New York Times.)


Since I've already written so much already about the Umbrella Movement, I'm not going to add much except to state my belief that this is NOT the end of it all but, rather, the start of a new phase in Hong Kong's history and contemporary being: one that marks Hong Kong as no longer being merely a money- and shopping-mad place. (Instead, those traits are far more likely to be found among those hailing from mainland China.)

Also, here's serving notice that this blog will soon return to "regular programming" -- with priority given in the next few days and weeks to coverage of my Germany and Luxembourg musings, and then to that of that Japan visit I made in September that I really do have exceedingly fond memories of. At the same point, of course it's not like the Umbrella Movement doesn't live on to my mind -- and I do like that I know for sure of at least one apartment in Germany that has a "I want true democracy" (for Hong Kong, not just Germany!) sign in it!
Posted by YTSL at 6:47 PM

have fun in Deutschland :) try driving on the auto-bahn...

depend on which region...there are a few things to try..

Re your suggestion: that's for another blog and/or another time.

Welcome back. I hope you had a good visit (and many yummy meals) in Germany. I/we? have missed your coverage of Hong Kong but look forward to reading/viewing your adventures in Germany and perhaps your earlier trip to Japan. And also your thoughts on what's happening in Hong Kong. Welcome home.

Thanks much, and yes, I had a good time in Germany (and Luxembourg), including many yummy meals (a few of which I did take photos of)! ;)