Later today, I plan to go on a different kind of trek from the countryside hike I'm posting about here.  For now though, here's sharing some photos from an autumn excursion I went on -- funnily enough, in the area that I was in this past Sunday!


On this earlier occasion, however, our main hike destination was not the (largely) abandoned picturesque village of Sha Lo Tung but, instead, the top of 440 meter high Cloudy Hill -- and on that cloudy/foggy -- but also pleasantly cool -- day, was that northeast Hong Kong hill's name really a suitable one indeed! Still, while it may not have been a day where one could see clearly into the distance, it still was one where I enjoyed being outdoors getting some nice sights along with good exercise. :) 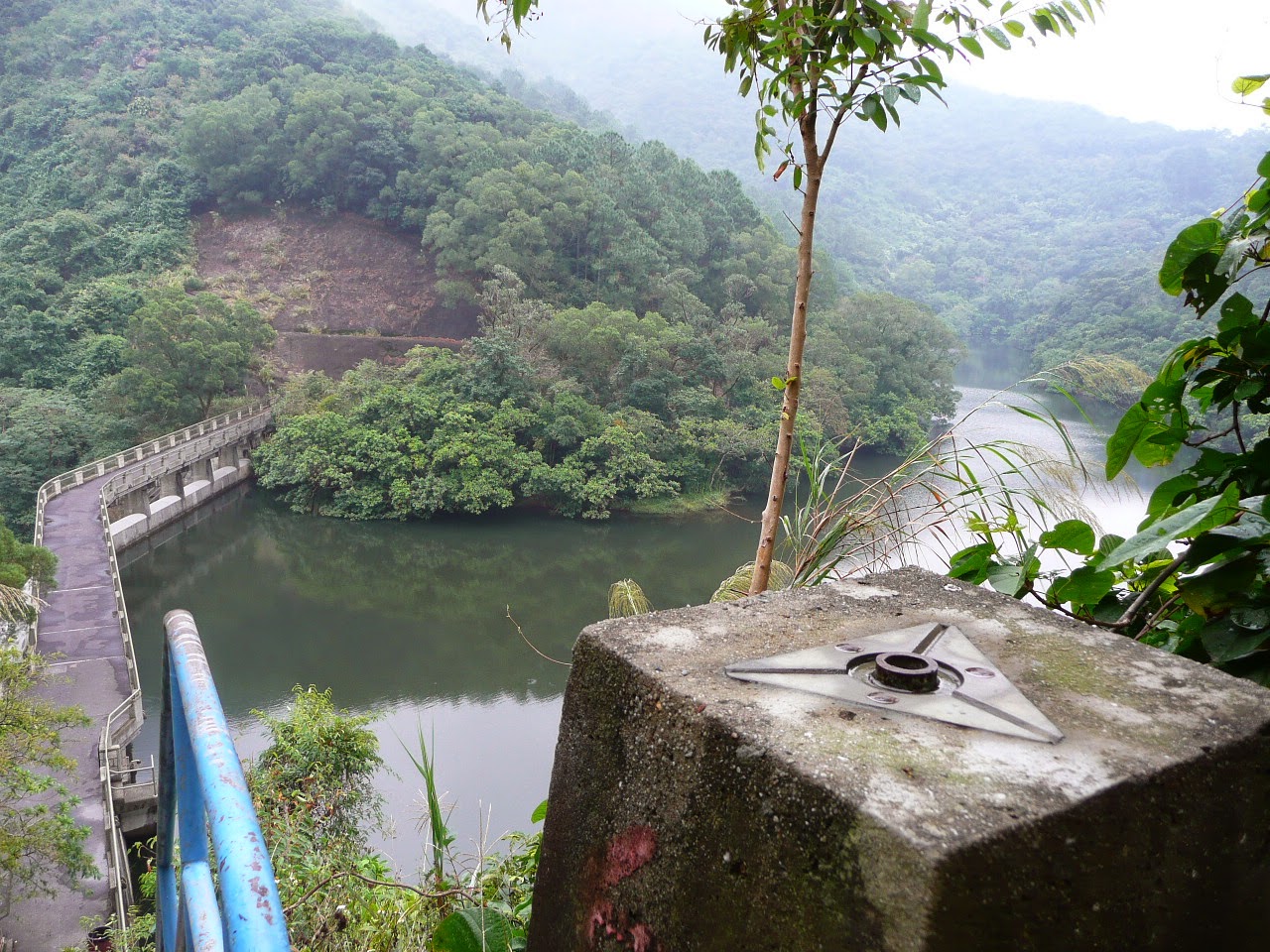 From Hok Tau Irrigation Reservoir, we began ascending
up and up into the clouds! :) 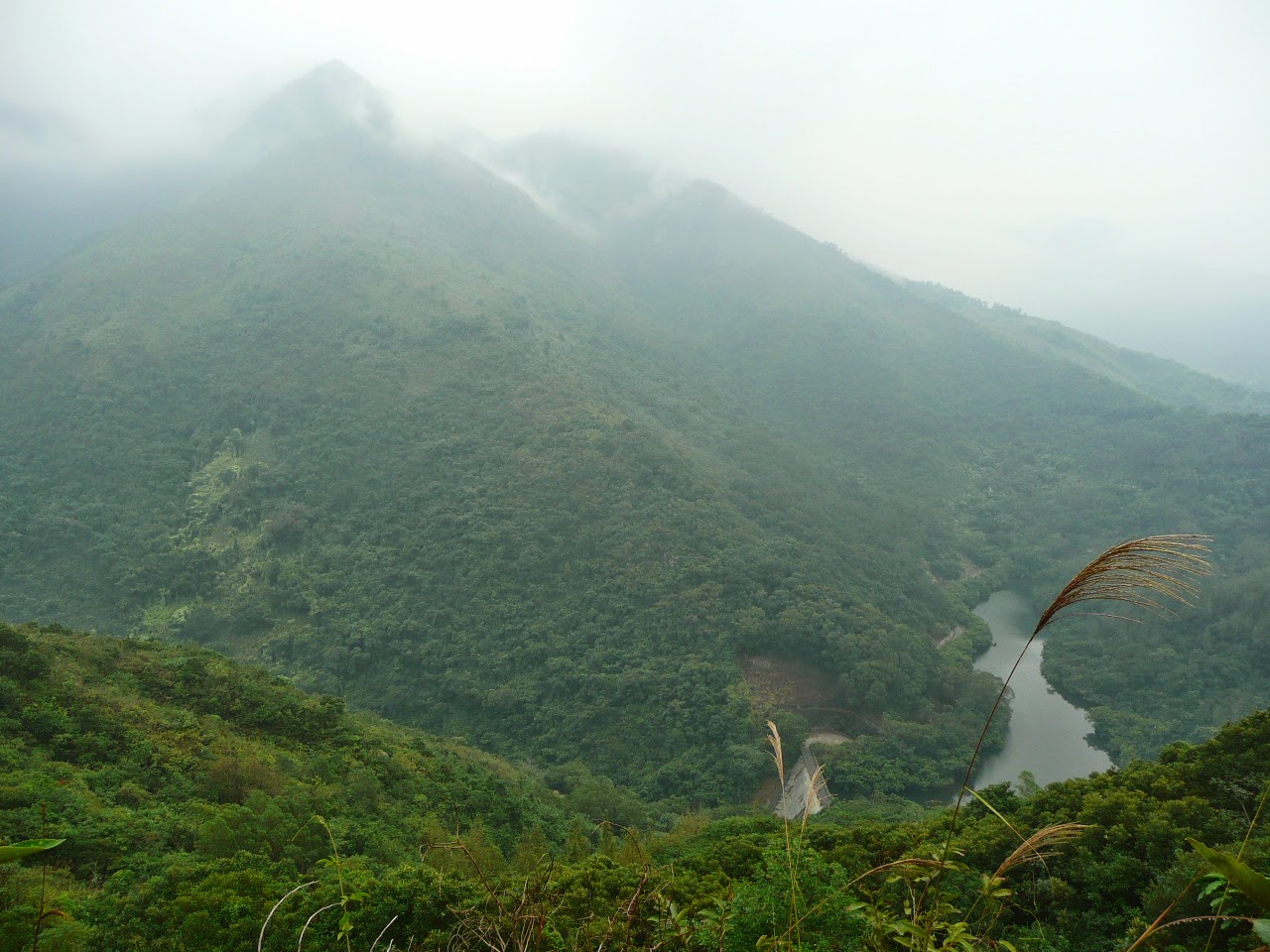 Some huffing and puffing later, we got to the point where
Hok Tau's reservoir was so way down below :b 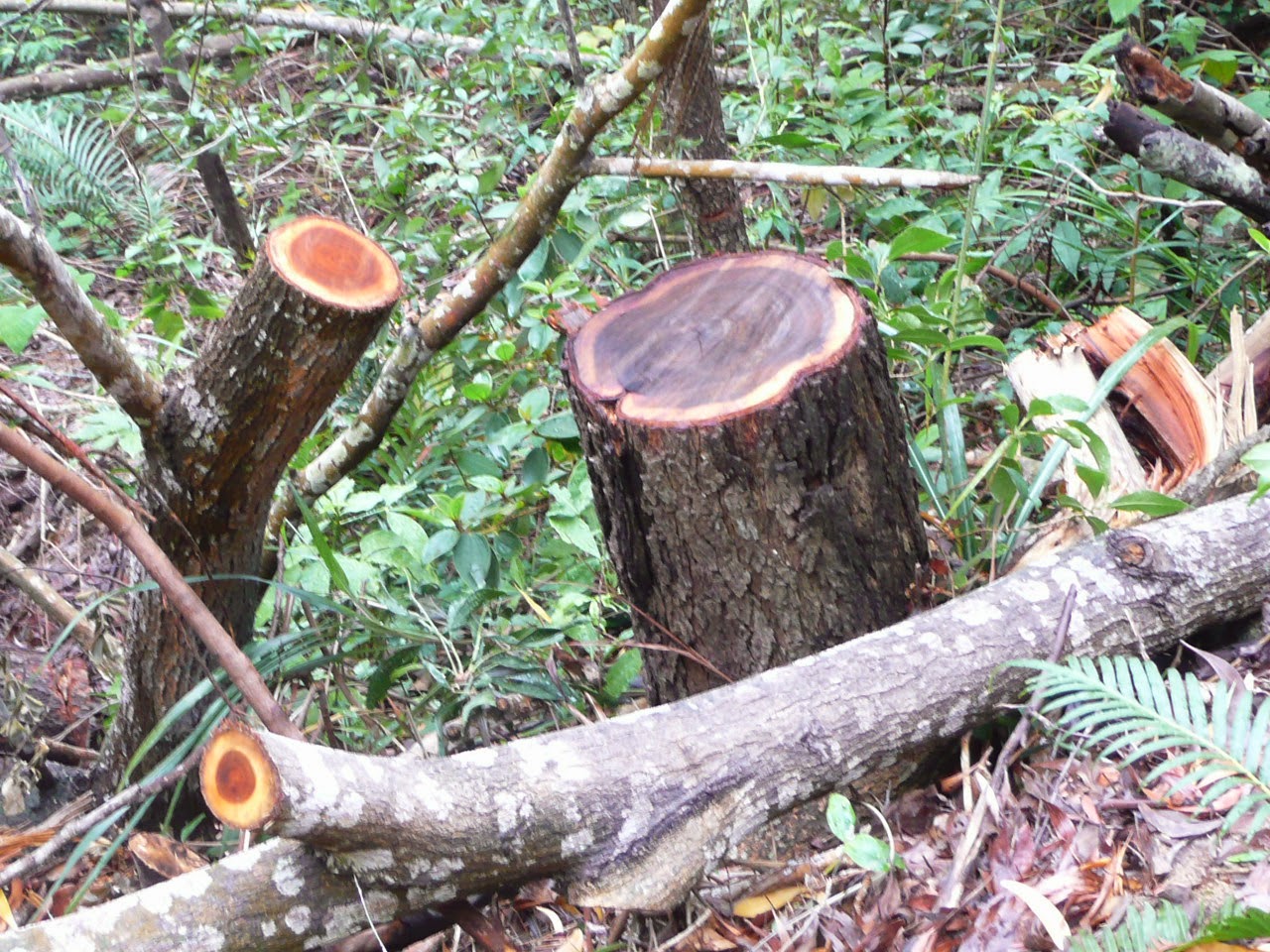 Were these tree illegally felled? (And yes, I do sometimes
wish that there were more AFCD offiers patrolling about) 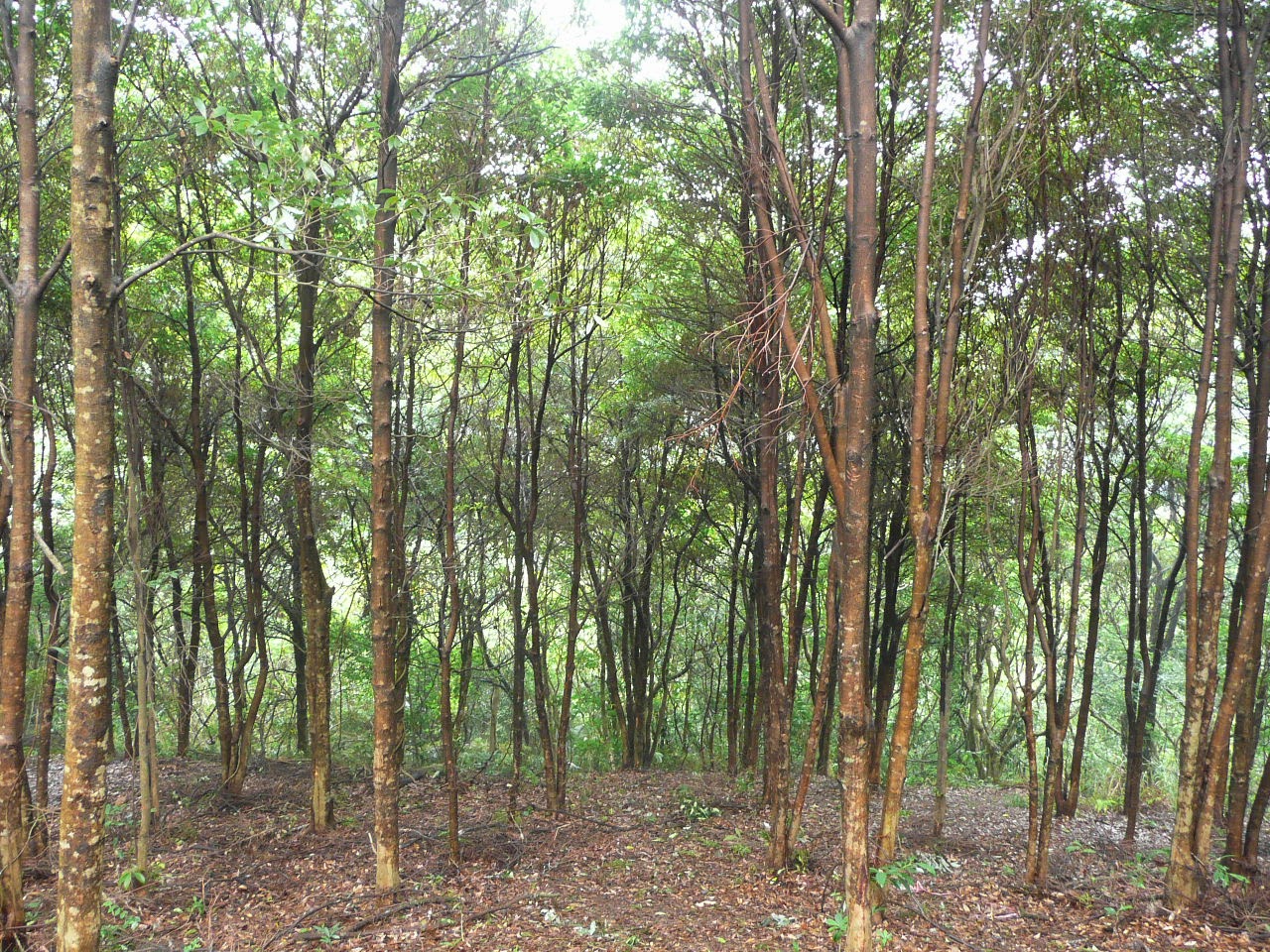 Of course, there are some people who think 'What's the problem?
There are still so many trees about in the country parks!' 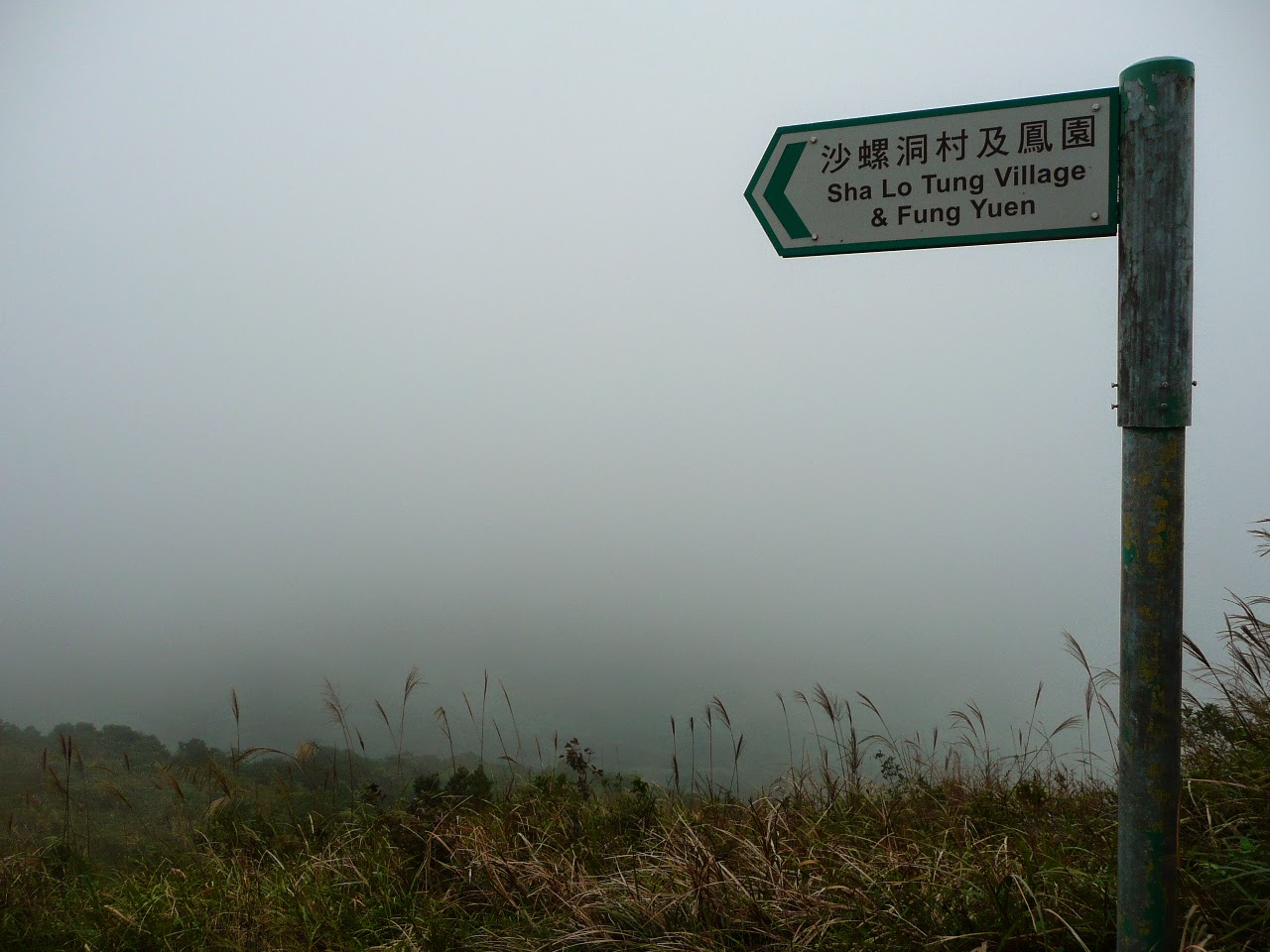 I really wasn't kidding when I said that it was cloudy
up there on Cloudy Hill that day! :D 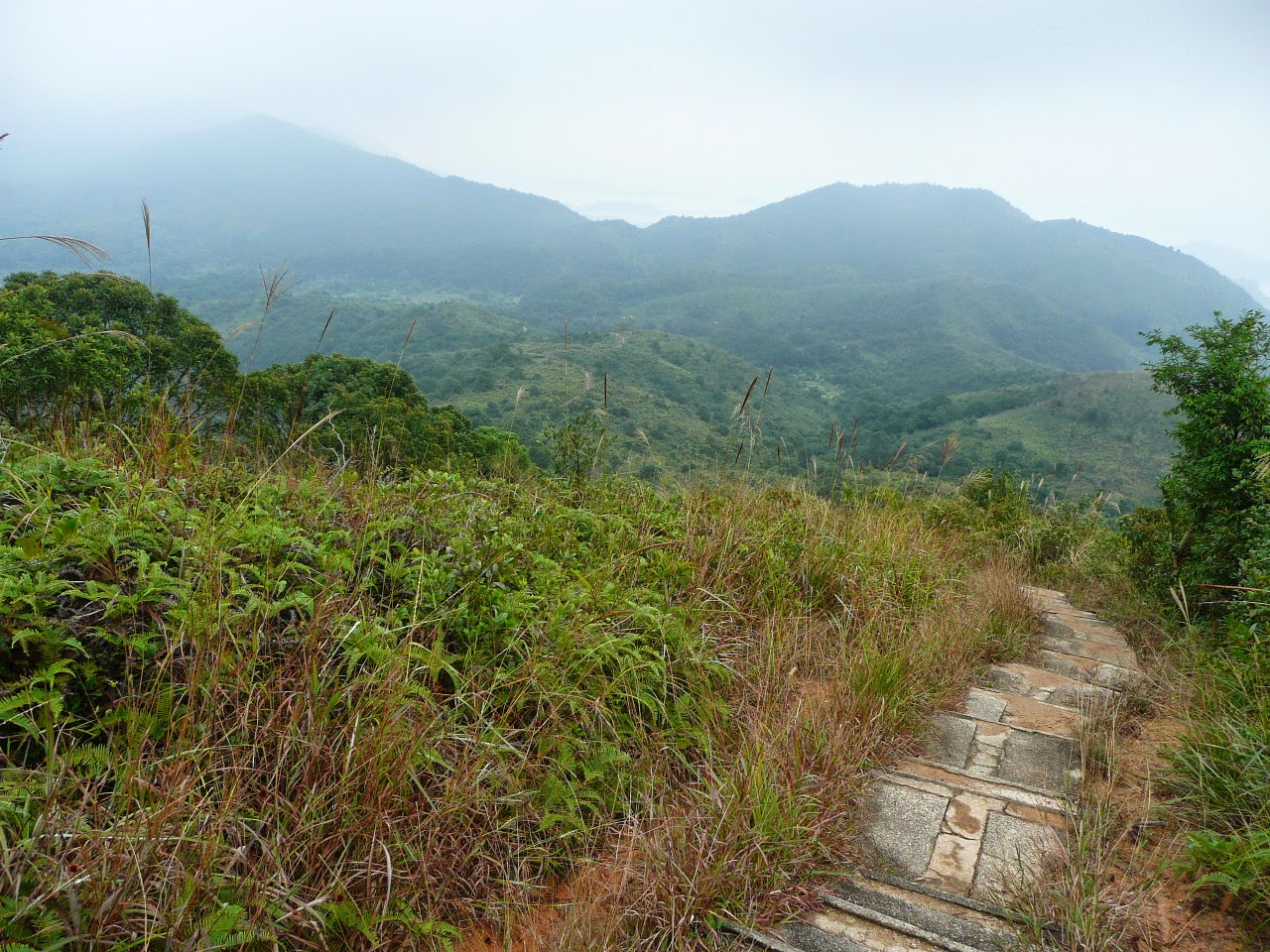 About about 100 meters or so down, conditions were
less cloudy and visibility quite a bit better 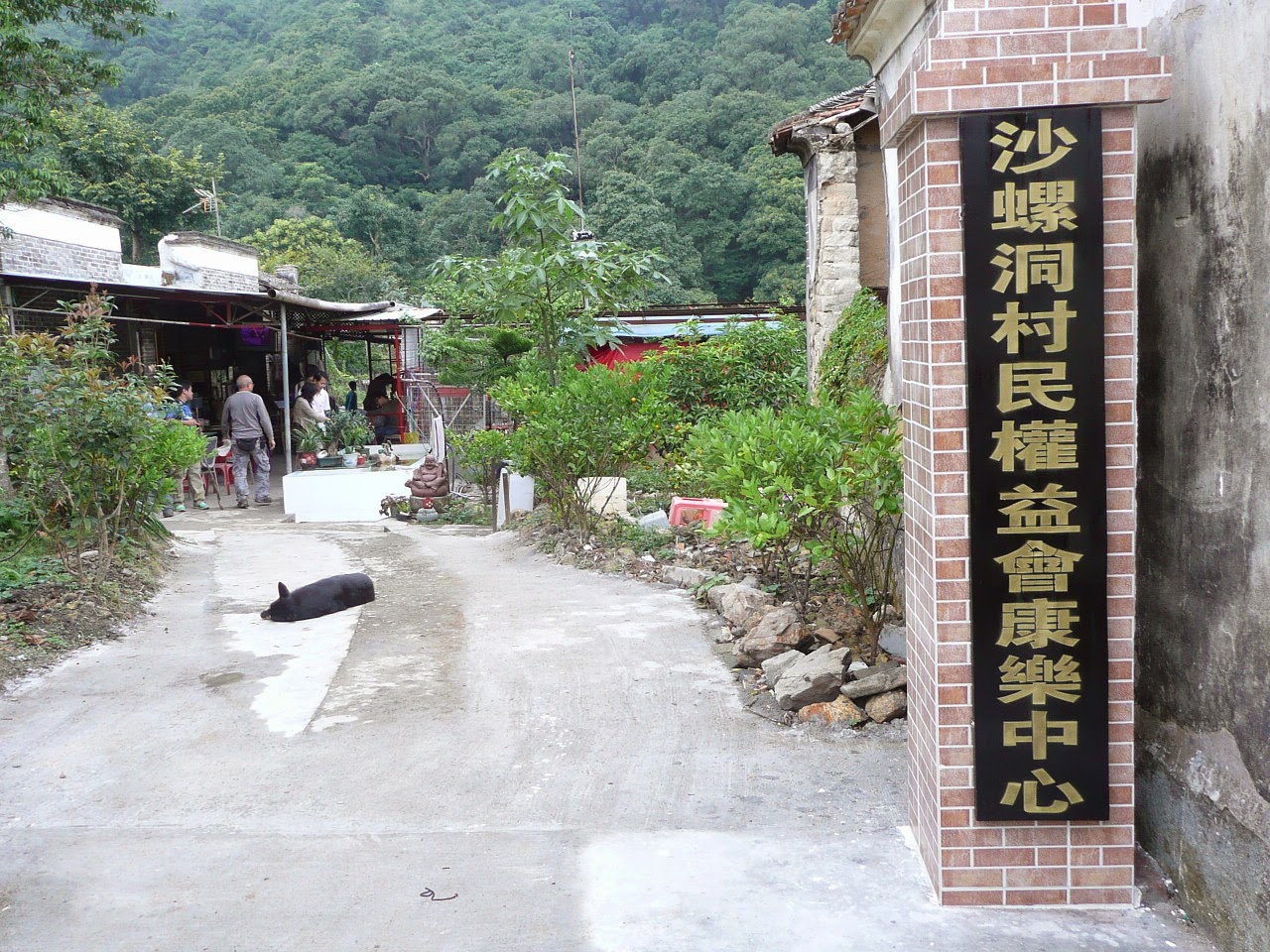 At Sha Lo Tung, my hike buddies and I walked past
a sleeping dog to get ourselves some welcome tofu fa ;) 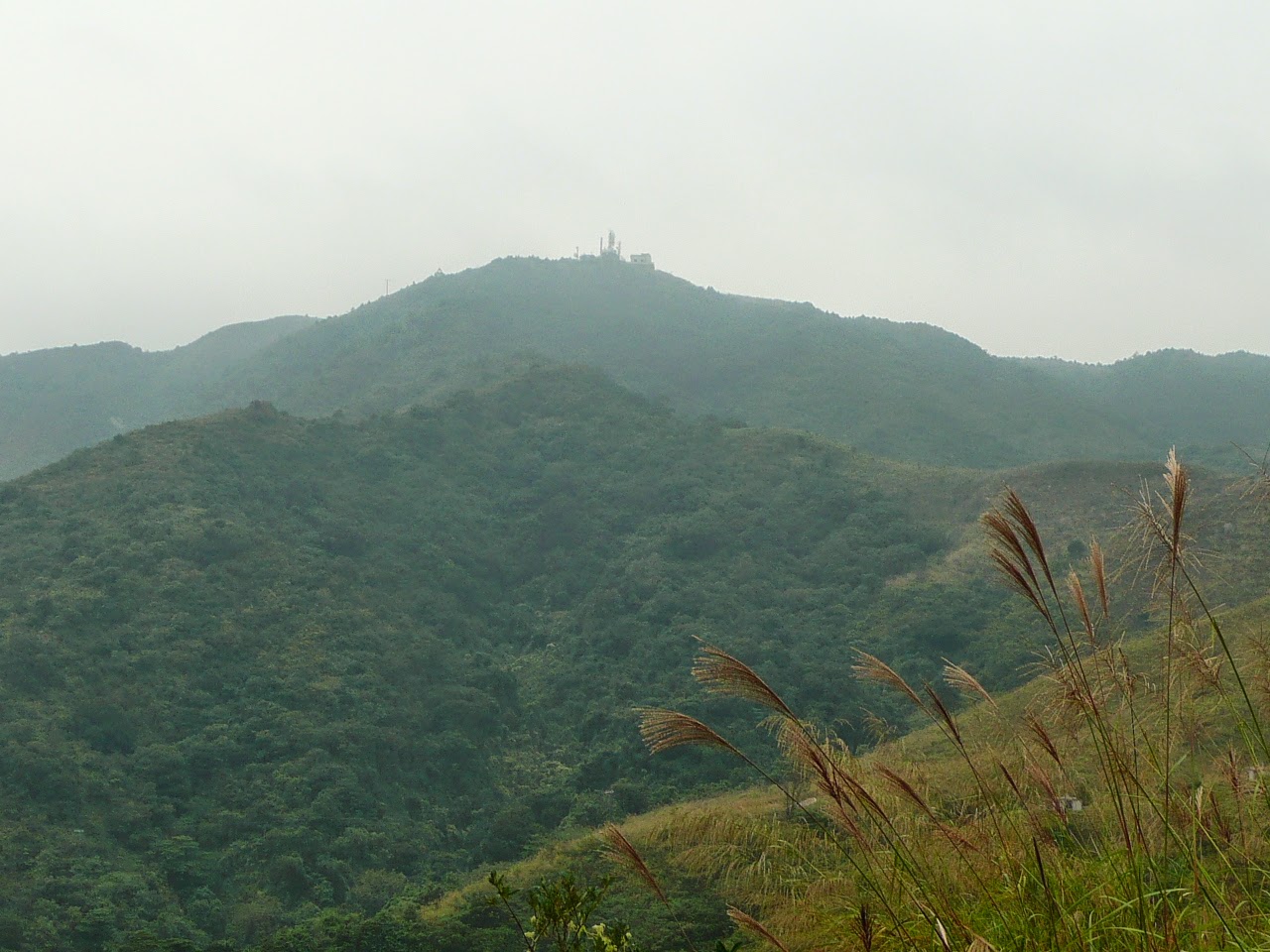 Glancing back at the now not cloudy Cloudy Hill
near the end of the hike! :)
Posted by YTSL at 12:20 PM

This area seems to have a lot of hiking possibilities in the different routes that can be combined...The second photo from the top especially captures your autumn "ascent into the clouds."

Absolutely re that area having lots of hike possibilities. More than 200 hikes on in Hong Kong, I enjoy "mixing and matching" sections of trail to make for a "new" hike route.

Re the second photo from the top: I liked it especially because you can get a good sense of how far we were from the spot in the first photo. :)