Relics from the past, rocky landscapes and more at Cape d'Aguilar (Photo-essay)

Blogging about hiking yesterday's hiking got me realizing that the last time before last night that I blogged about hiking was close to two months ago -- and that it's been around *five* months since I last put up a hiking photo-essay!  Still, those of you who know me will realize that I've continued exploring Hong Kong's countryside these past few months: which means that I've accumulated even more photographs of scenic Hong Kong and the territory's wild life to add to the already very sizeable archive that I reckon is worth sharing.

So, with further ado, here's sharing some snaps and memories of the cloudy but rain-less and still rather pleasant spring day that a good friend (who has since left Hong Kong) and I ventured down over to Cape D'Aguilar, and found much to get excited about over on the southeastern tip of Hong Kong Island.  And, when viewed in retrospect, I reckon the fact that it looked like there was a storm brewing adds some drama and tension to these photos... ;b 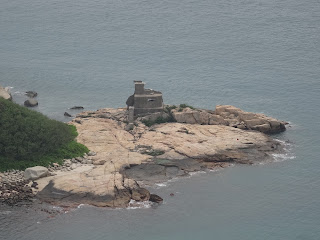 On the way down to Cape d'Aguilar proper, we spotted
a ruin by the sea that I'm sure has interesting stories behind it 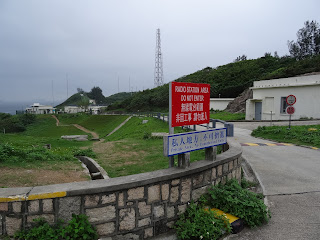 A radio station looked to stand in the way of one's getting down
to the southernmost tip until we noticed the trail along
one of its sides created by hundreds of pairs of hikers' feet... ;b 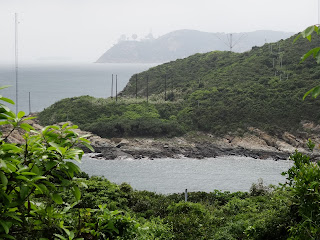 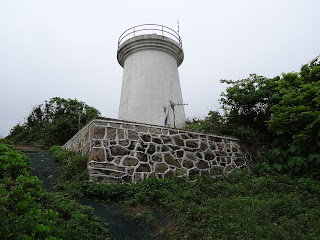 Hong Kong's oldest surviving lighthouse
is to be found at Cape d'Aguilar! 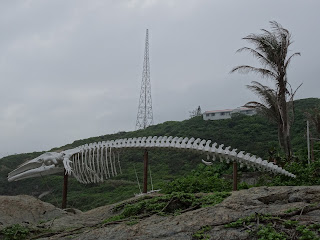 So too is a whale skeleton! :O 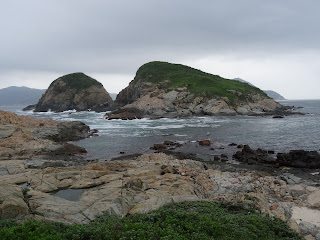 Still, what amazed me the most at Cape d'Aguilar was
the beautiful views and geology to be found there :) 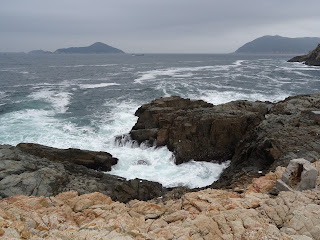 The pretty scary waves crashing onto the rocks also
made for quite the impressive sight! 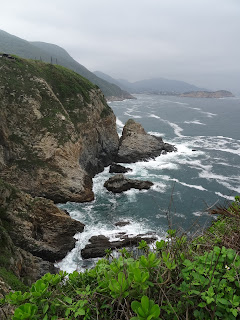 The mentioned ruin would be Pillbox 33a (https://gwulo.com/node/9887), one of the coastal pillboxes on the Island.

Thanks for liking the photos! :)

Thanks for the ID. I've also seen coastal pillboxes at Waterfall Bay and Chung Hom Kok but those were erected closer to the cliff wall than the one over at Cape d'Aguilar.

You were about due an exceptional local travel entry from your archive and, this is it! The marine skeleton gives one the impression of being in an outdoor natural history museum. All three photos below it show a surprisingly rugged coast of Hong Kong which, for me, speaks of a romance of rocks and the ocean.

I'm glad you like this Hong Kong hiking photo-essay! And yes, there are sections of the Hong Kong coast that are indeed surprisingly rugged and rocky. For a small territory, Hong Kong's geological diversity is quite something!