Especially after it was named as the best urban hike in Asia in an issue of Time magazine, the route along the Dragon's Back in Shek O Country Park may well be the most well known of Hong Kong's hiking trails.  And the conventional option that most people take when hiking in this part of the Big Lychee is to go from To Tei Wan and follow the Hong Kong Trail's Stage 8 all the way to Big Wave Bay.

On my third trek up and down Dragon's Back, however, I discovered a scenic alternative to the end section of Stage 8 of the Hong Kong Trail.  And when a former hiking buddy returned from Canada for a short visit, I decided it'd be cool to show her this other route.  So off we went on Sunday afternoon with a new hiking friend who also had previously been on Dragon's Back but didn't know about this alternative route (part of which appears as a dotted path on the Hong Kong Island & Neighbouring Islands map in the invaluable Countryside Series!)... ;b 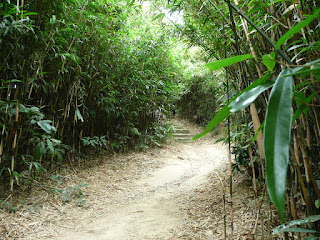 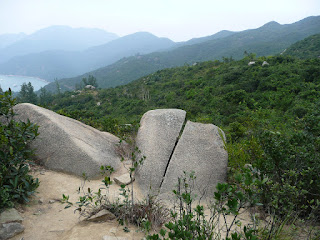 In just a few minutes, you'll already be
several meters above sea level :) 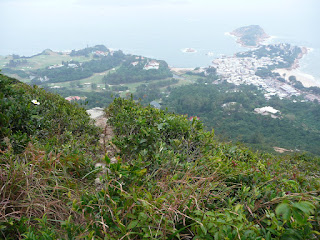 From the spinal ridge of the Dragon's Back can be seen views like
this of Shek O village, beach and the country club's golf courses 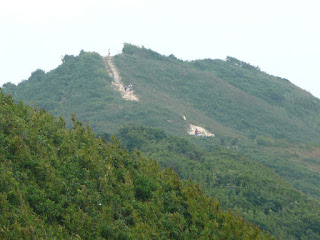 As its name implies, this is an undulating trail
with many peaks and troughs 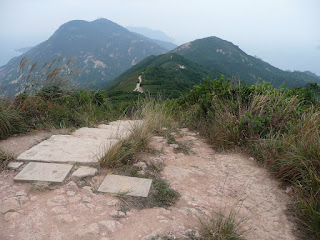 This is one of those images that many people would
find it hard to believe was taken in Hong Kong, right? ;b 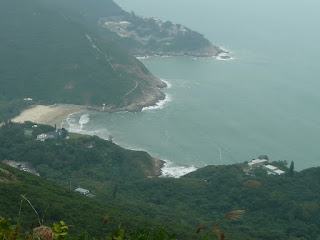 While the Hong Kong Trail's end section is covered by foliage,
the scenic alternative path down to Big Wave Bay is visible in this photo 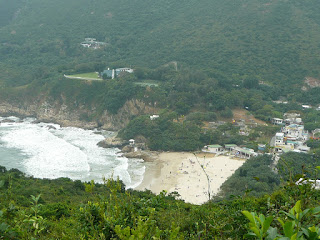 View of Big Wave Bay from along the alternative path 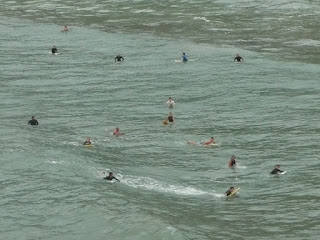 If truth be told, there didn't seem to be many really big waves
in that bay but the many surfers out there seemed happy enough! ;b
Posted by YTSL at 8:14 PM

Amazing Hong Kong! Yes, I would not think it has such great views and scenery. Wish I could live in Hong Kong for a while to experience this.

Well, you may not be able to live in Hong Kong but I know you do visit. Next time you do, make sure to get out of the shopping malls and urban areas into the pretty parts of the territory! ;b