The President at the Hong Kong International Film Festival 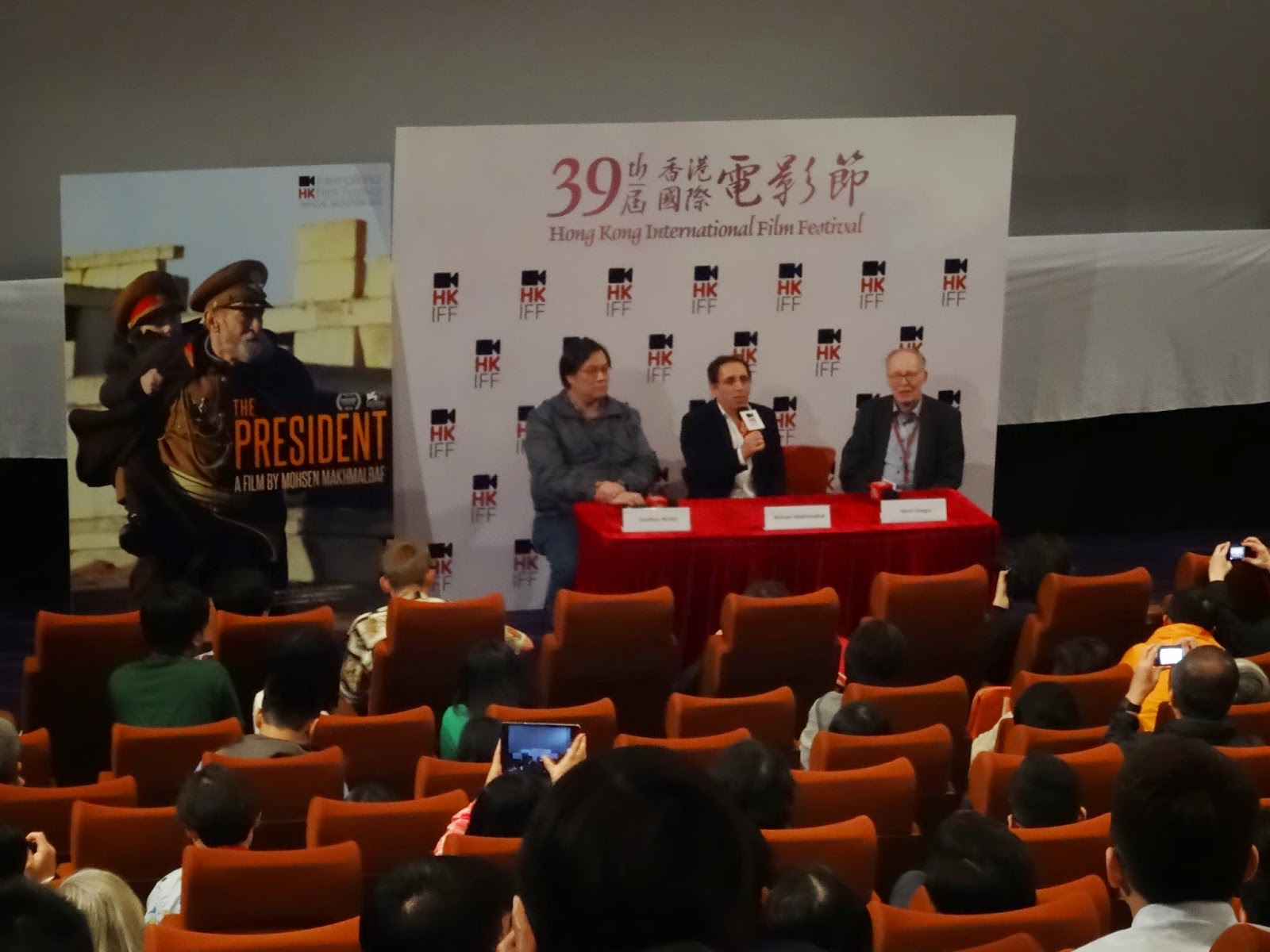 In my previous blog entry, I mentioned my walking out of a screening of Frederick Wiseman's overly-lengthy National Gallery in favor of checking out another film screening at the Hong Kong International Film Festival.  For the record: that was the first time I walked out of a screening in over 10 years -- and am I glad I did so, because Mohsen Makhmalbaf's The President is a real cinematic gem!

Set in an unnamed fictional country (but shot in Georgia), the exiled Iranian filmmaker's drama-allegory revolves around a military uniform-wearing dictator (brilliantly played by Misha Gomiashvili) and his prepubescent grandson (the utterly natural-acting Dachi Orvelashvili) who can act brattish at times but also is largely an innocent, unaware for a time as to the terrible deeds that his grandfather has wrought.
Early on in the film, the man even his grandson calls "Mr. President" shows the young boy how powerful he is by demonstrating that the lights of the city his palace overlooks to be switched off and on at his say so. The viewer gets an idea of how casually the dictator sometimes wields his inordinately large amount of power when he allows his grandson to try doing the same.
At first, the boy is delighted by what he's able to do so.  But after his latest command is ignored, there's consternation on the parts of both boy and man -- with the dictator realizing that an uprising has begun against his rule, one that's so major that before night falls the next day, he will have lost control and become -- with his grandson in tow but no one else -- a wanted man with an ever-increasingly high price on his head.

As a denouement of the callousness as well as evil that dictators often embody, The President is masterful in its ability to outline this with swift, sharp strokes.  But in devoting more screentime to the period after the dictator's ouster than his period in power, the film goes beyond depicting a powerful man's depravities to also painfully show how terrible vengeful people can become, and how it's difficult for people "liberated" after a regime's downfall to go ahead or back to having the ideal life they want.

Of course, the particular genius of this tale scripted by Mohsen Makhmalbaf and his wife Marziyeh Meshkiny (whose The Day I Became a Woman bowled me over decades ago in Philadelphia) is the inclusion in this picture of the (ousted) president's grandson.  At one level, the old man's love for him shows that he's not all bad -- but it also gets us recalling such as Adolf Hitler's followers lauding his love for his dog Blondi.  In addition, because the child really is quite the innocent, he ends up asking questions like "What is a terrorist?" that his grandfather has some difficulty explaining to him, especially since, while on the run, they often are in dangerous situations where they are surrounded by the old man's enemies.

As a postscript: At the post-screening Q&A, Makhmalbaf said that he shot the film in Georgia because that country's authorities were open to his making this film there.  In contrast, the authorities in other countries, including Russia and -- this drew much laughter -- China, were less keen on the subject of The President! :D