A hike up Chi Ma Wan Peninsula's Miu Tsai Tun, Lo Yan Shan and another hill in between the two 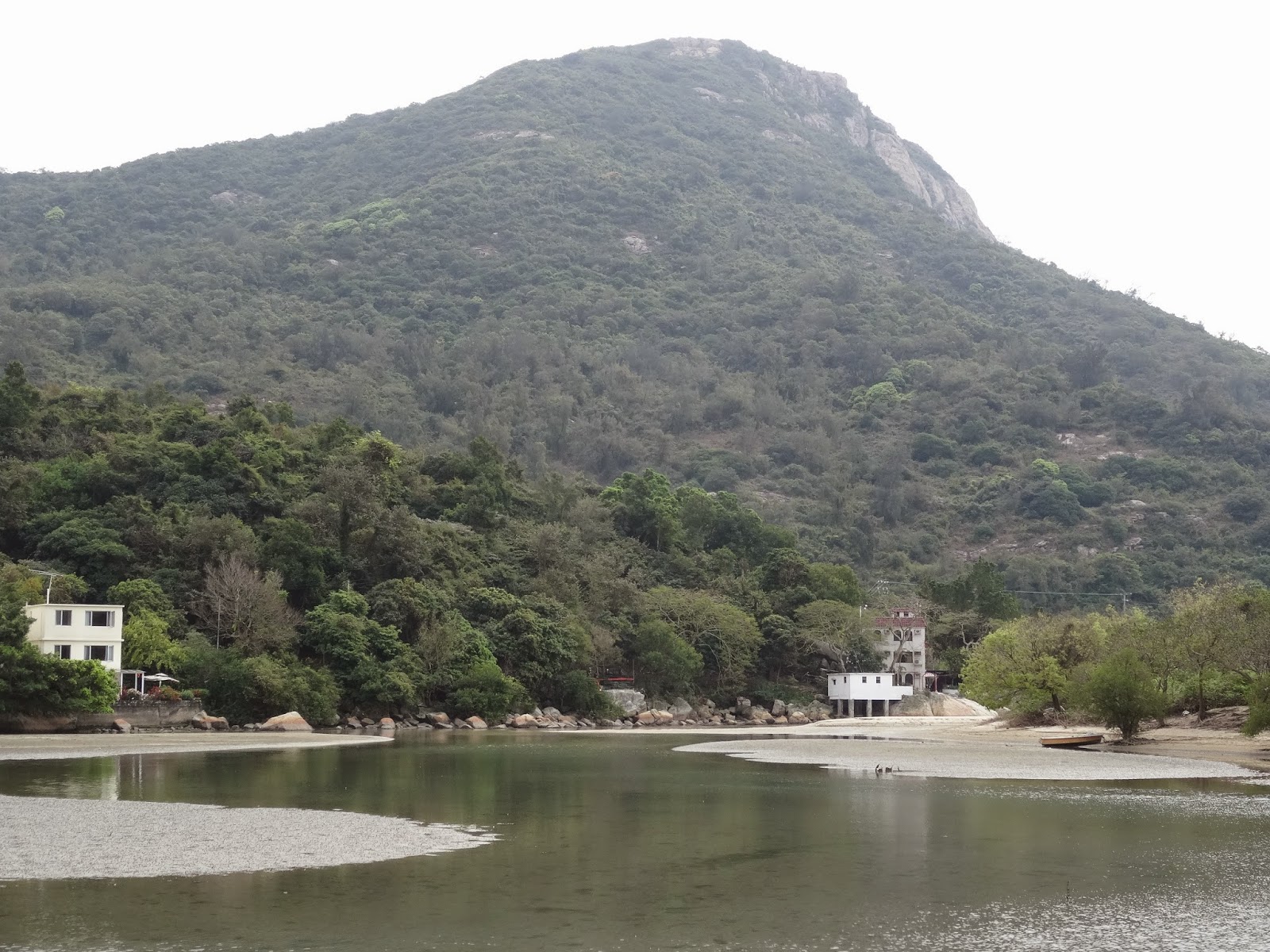 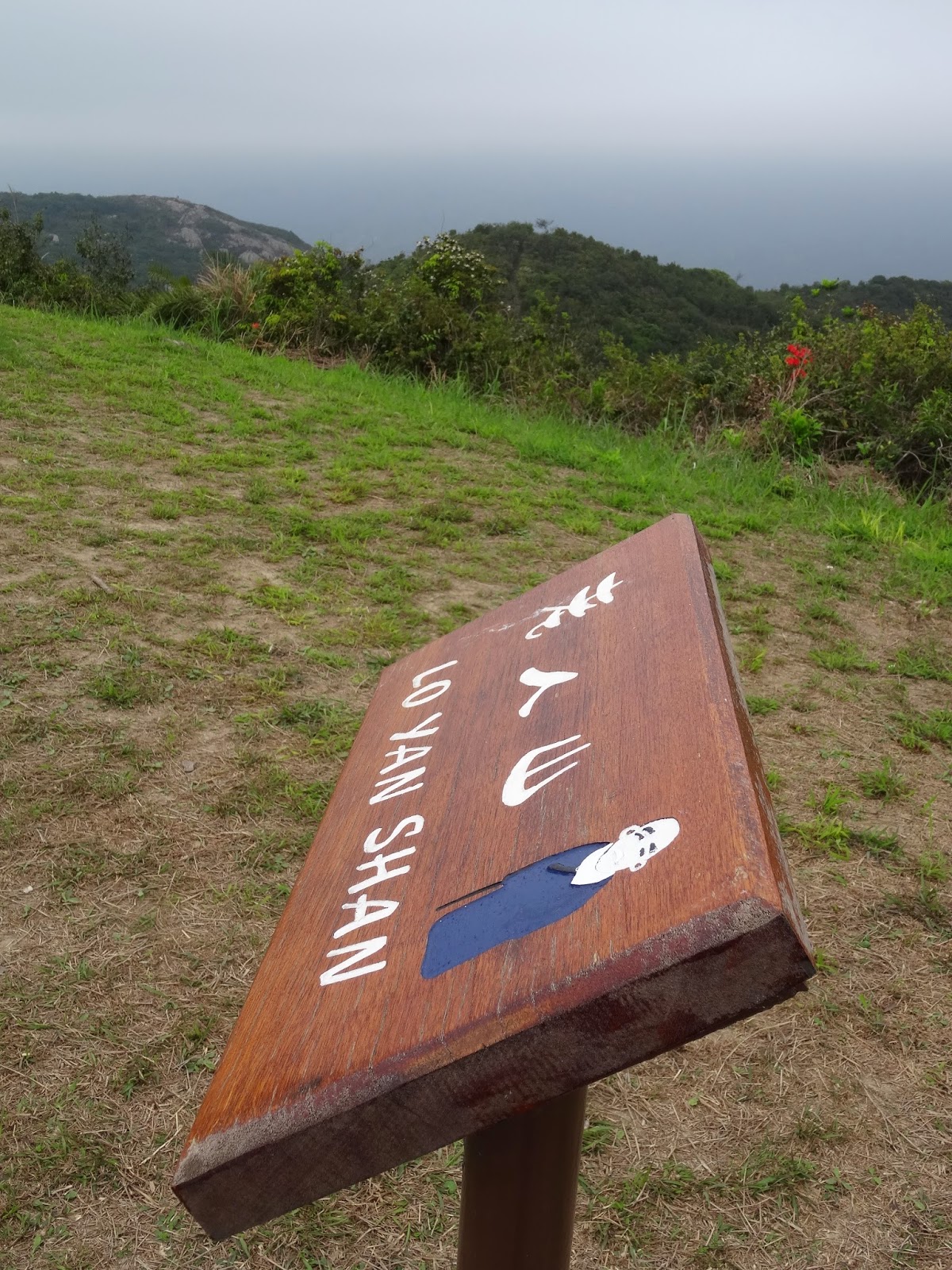 If you look closely at this photo, you'll see the
trigonometrical station in the previous picture
on the third peak from the front of this one!


For some years now, I've been eyeing the distinctive looking hill on Chi Ma Wan (Sesame Bay) Peninsula that I thought was 303-meter-high Lo Yan Shan (i.e., Elderly Peoples' Mountain!*),the highest peak on that southeastern Lantau Island peninsula, and thinking I'd like to go up there one day.


Well, the day finally came today -- and imagine my surprise to discover that the rugged peak with visibly bare granite sections that I had thought was Lo Yan Shan all this time actually is Miu Tsai Tun (according to at least one other blogger though it's not named on the Countryside Maps of Lantau Island in my possession), which is 302 meters high and two peaks away from the 1-meter-higher hill!


In retrospect, I'm glad I didn't know what I know now when I embarked on this afternoon's excursion.  Among other things, thinking that I had reached Lo Yan Shan upon getting to the part of the trail with a trigonometrical station planted atop it that offered up stupendous views of the surrounding area made it feel like the hardest part of the hike was over fairly early on in the hike.  (By the way, your eyes do not deceive you -- there indeed is a yellow umbrella image on the side of that trigonometrical station...)

But as my hiking friend and I looked around for the fire lookout that my Countryside Map told me would be at the very top of Lo Yan Shan, the building that most fit that description appeared to be on another peak that didn't look like it was part of the hill we were on -- like we had thought would be the case -- but, actually, on a neighboring hill/ridge.


And worse was to come when we discovered that there was another hill in between those two peaks -- and that the route from the trigonometrical station atop Chi Ma Wan Peninsula's second highest peak to the fire lookout on its highest peak would involve a steep descent down one hill, followed in quick succession by an ascent up and descent from the top of the hill in the middle and then a pull up all the way up to the highest hill in the area!


Suffice to say that this hike was more challenging than I had anticipated -- and all the more so since it was unseasonably warm for the first hour or two of this afternoon's excursion.  Put it this way: I sweated far more today than I have done in quite a while as well as saw more lively critters (including a cute little mainly brown skink) out this afternoon than I have in weeks, if not months!

At the end of the day though, I did feel that this afternoon's Chi Ma Wan Peninsula excursion was very satisfying and enjoyable.  After all, I got a really good workout, went along hiking trails that I had hitherto never gone on before, saw a number of interesting sights, and also learnt more about the Chi Ma Wan Peninsula -- including about the existence of a section of trail that fairly easily connect to the remaining portion of the 18.5 kilometer Chi Ma Wan Country Trail that I've not yet been on, but hope to before too long! :)

*Update: I know that Lo Yan Shan is often translated as "Old Man Mountain" (like here) but a native Cantonese-speaking friend assures me that "Lo Yan" is not gender specific and refers to elderly men and women.  Also, that this "Lo Yan" differs in tone when uttered -- as well as different characters when written out -- from the Cantonese word for "female"!
Posted by YTSL at 10:48 PM

HI YTSL! Glad to hear you got a good workout and a nice distraction from the office...!!!