Sushi eating tips from somebody who's been enjoying sushi for decades now :) 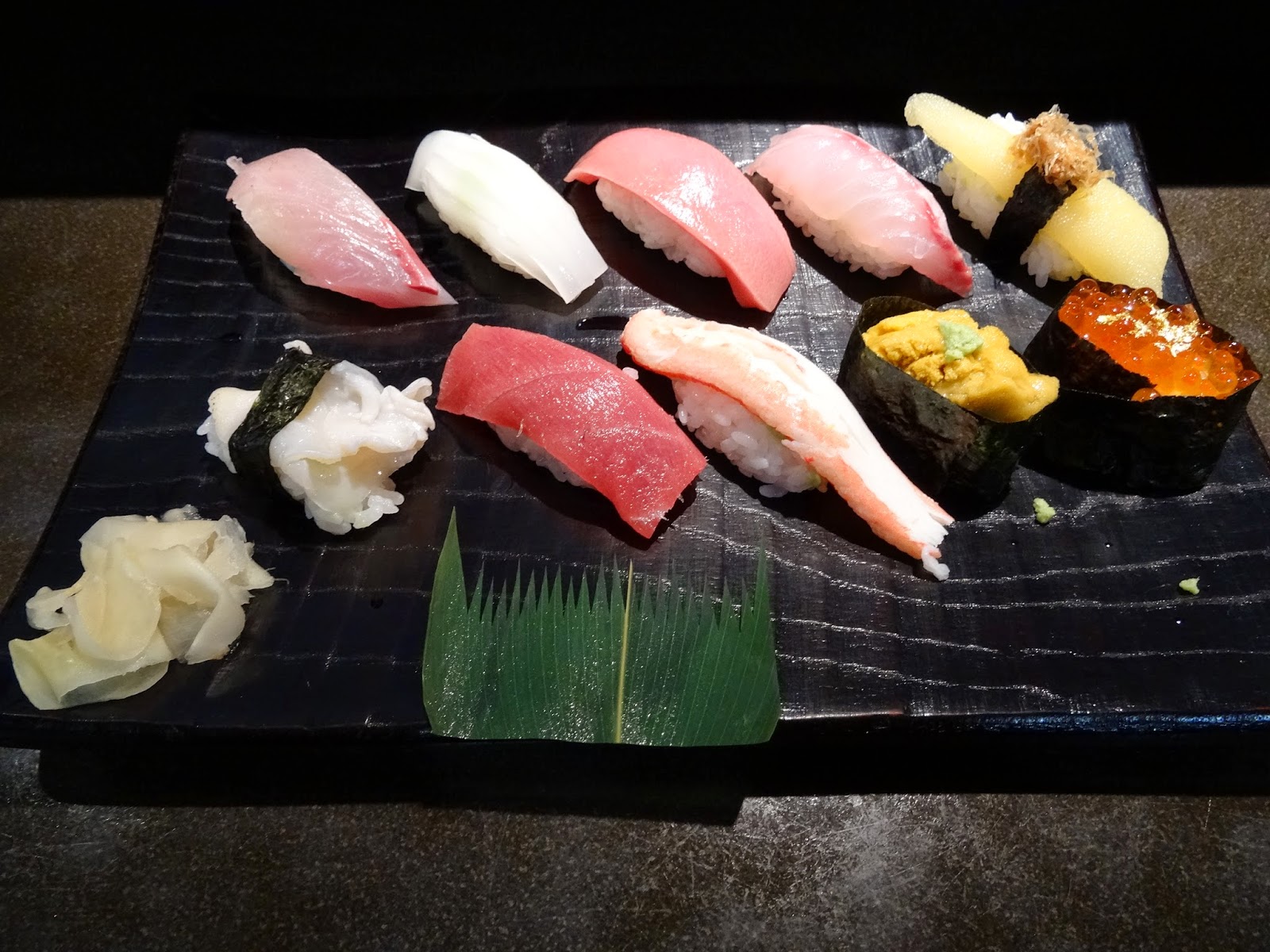 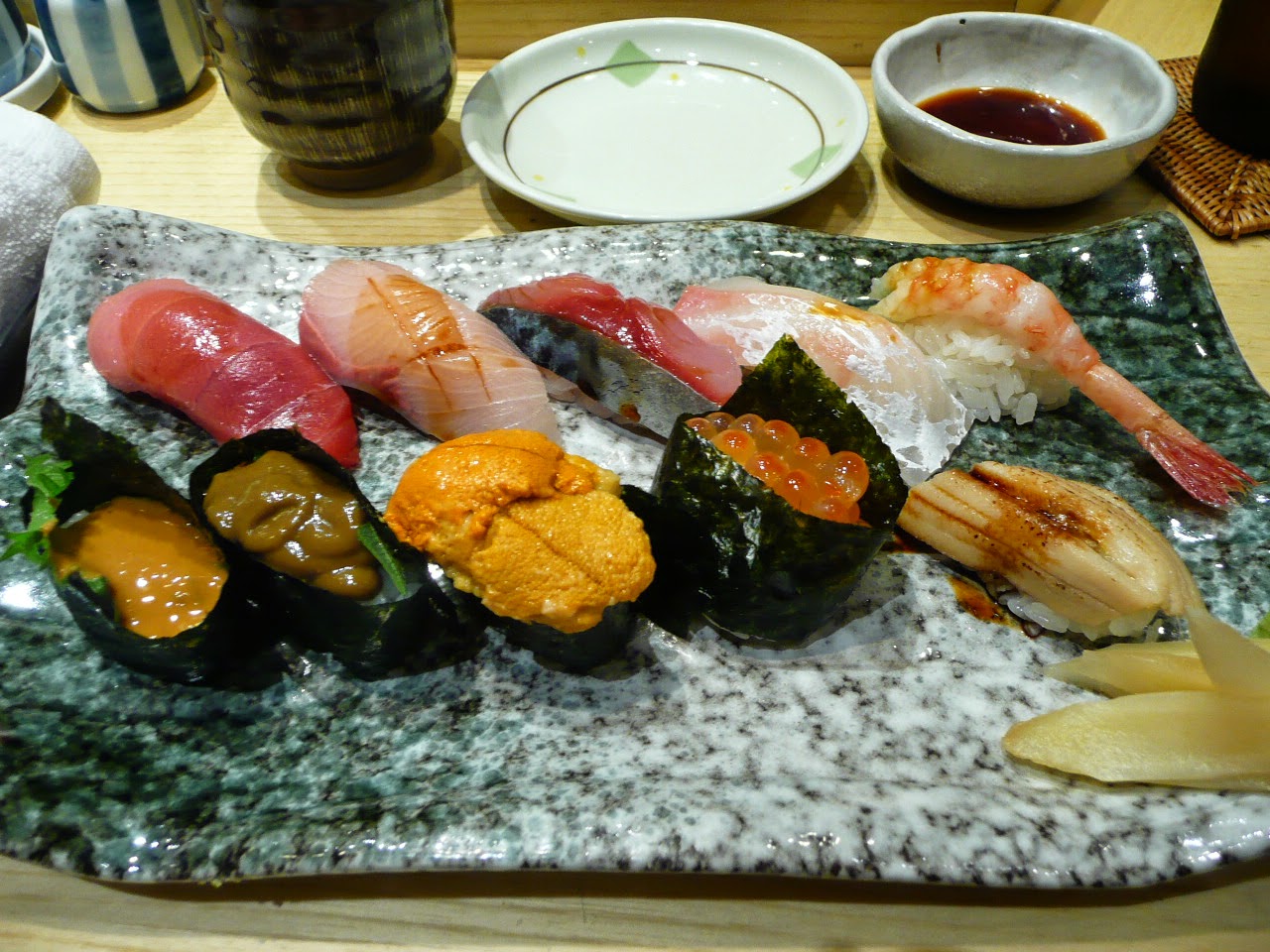 I've been eating sushi for decades -- starting from when the first Japanese restaurant in Penang opened back in the 1970s.  Furusato was its name -- and I particularly remember a chef there called Tony who was from Osaka and introduced my family not only to the more well known Edomae sushi and less traditional temaki sushi (hand rolls) but also the pressed box sushi style of his home city.


But it's only been in the past eight years or so that I -- who have been dining on sushi once a week on average during this time, mostly in Hong Kong but also on my visits to Japan -- have become more aware of what constitute "proper" ways to eat sushi, would get real sushi lovers thinking that you don't really know how to appreciate sushi, and can make them (us) think that good sushi is wasted on certain other sushi restaurant diners.


This blog post is for those interested in knowing these things, not least because they are aware that as far as the better sushi restaurants are concerned, the customer is not always right.  And for those who are inclined to protest that "it's my right to eat the food I ordered and am paying for the way I want", let me just say that I also do believe that the following suggestions should help you to better appreciate and enjoy your sushi!


Before going on further: take a close look at the two photos at the top of this blog entry and notice that there's no mound of wasabi (Japanese horseradish) placed on the two plates of sushi.  This is not coincidence. Neither is it the case that there's a container of wasabi nearby for the customer to place a dollop of it on the side of the plate of sushi or, worse, the small dish of soy sauce.


This is because, especially at the better sushi establishments, the sushi chef already has put the ideal amount of wasabi into each of the pieces of sushi that he -- and it is almost always a he -- has made.  In addition, the higher the grade of sushi restaurant, the more likely that many of the pieces of sushi should not be dipped into soy sauce as, often, the sushi chef has already put some other sauce on them or decided that they're too delicate tasting to be able to be eaten with any sauce at all.

In the case that some soy sauce is okay on them, the diner should bear in mind that the rice portion of the piece of sushi should never be dipped into the soy sauce.  Indeed, some sushi connoiseurs are likely to wince out aloud when seeing beautiful white sushi rice 'contaminated' by the dark soy sauce!

So, be sure to only dip the non-rice section into the soy sauce.  And since that'd be hard to do with gunkan sushi (as opposed to case of nigiri sushi), try the technique that I was taught when eating at the revelatory Sushi Dai, Tsukiji Market's most popular sushi-ya by far: i.e., dip a piece of gare (ginger) -- provided on the side, usually as a palette cleanser -- into the soy sauce and then use it like a brush to "paint" the soy sauce onto the top of the pieces of gunkan sushi on your plate!

If truth be told, I'm not sure how "proper" this is in terms of the use of gare -- but it definitely works well in terms of getting required amounts of soy sauce onto the tops of gunkan sushi!  On the other hand, I know it's absolutely a "no, no" to do what I saw a fellow diner do at lunch yesterday: i.e., place some gare on top of  a piece of nigiri whose rice he also happened to have dipped into soy sauce -- and eat them all in one go!!


Speaking of hands: although novice sushi eaters may think it's taboo, it's actually considered okay by serious sushi "hands" for diners to pick up pieces of sushi with their hands rather than chopsticks.  Even more amazingly, master sushi chefs like Jiro Ono (of Jiro Dreams of Sushi fame) actually will modify the firmness of the sushi rice based on their observations of whether a diner's going to pick up the sushi by hand or with chopsticks!

Either way you choose to pick up your pieces of sushi though, the ideal way to insert each piece of sushi into your mouth is for the non-rice portion to go in first.  While this may sound overly picky, try it and I'll bet that you'll be able to taste how much better it is to taste the non-rice portion of the sushi before the rice portion!

Although there are quite a few other suggestions for eating sushi, I'll end with this last tip: if given a choice, opt to eat at the counter in front of the sushi chef(s) rather than at your own table.  Getting to watch your sushi being made really adds to the dining experience.  Ditto re chatting with the sushi chef -- this particularly since once you establish a rapport, he'll be more likely to do such as make recommendations to you regarding what's particularly good that day/night/time of the year! ;b
Posted by YTSL at 10:58 PM

I've had people look at me strangely when I eat sushi with my fingers, but I had heard somewhere that it was okay. Now I am reassured that it is--thanks!

For further confirmation that sushi can be eaten with your hands, go here (with a bonus that there are photos of the correct techniques):-
http://travel.cnn.com/tokyo/eat/michelin-starred-master-tells-us-how-eat-sushi-203135