In my first year of hiking in Hong Kong, I went on an excursion with Roz's Group to Tai Lam Country Park on a high pollution -- and consequently low visibility -- day.  That hike is one that I fondly remember for two things: firstly, it was the occasion on which I first met my German friend (who subsequently moved back to her home country after spending seven years in Hong Kong, and who I went on to have a great visit in Germany with); and secondly, it was the hike on which I discovered the macro function on my digital camera!

Several hikes (and hundreds of critter spotting photos) later, I found myself trekking in Hong Kong's second largest country park on another low visibility day. This time though, I knew to focus on checking out sights close to where I was as well as gazing out into the distance.  And thanks to doing so, I managed to spot a snake in the brush nearby at one point in this enjoyable but otherwise not particularly exciting Tai Lam Country Park hike! ;b 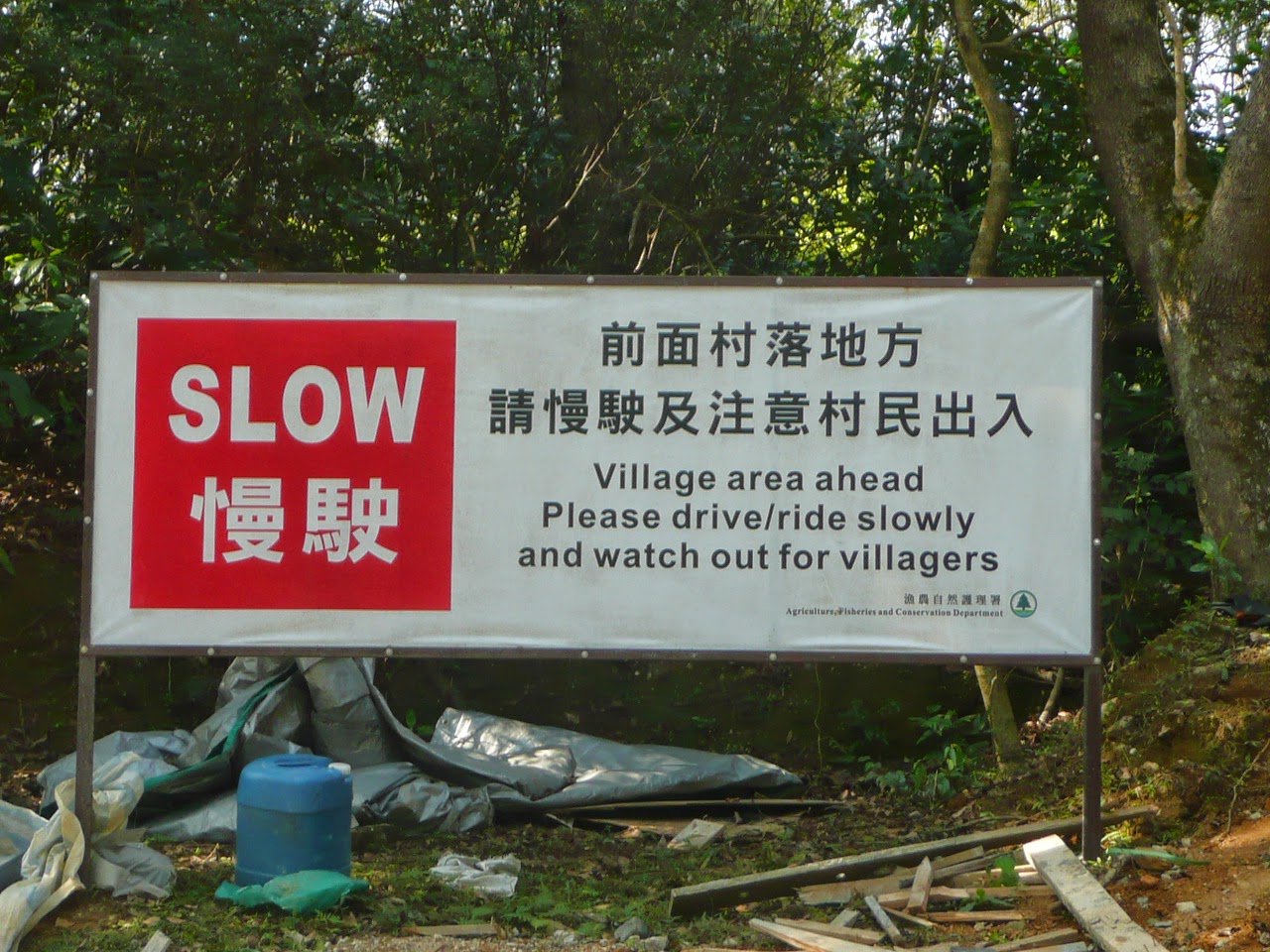 I know it's not the intention but the sign gets me thinking
of villagers as exotic creatures akin to feral cows and buffalo! 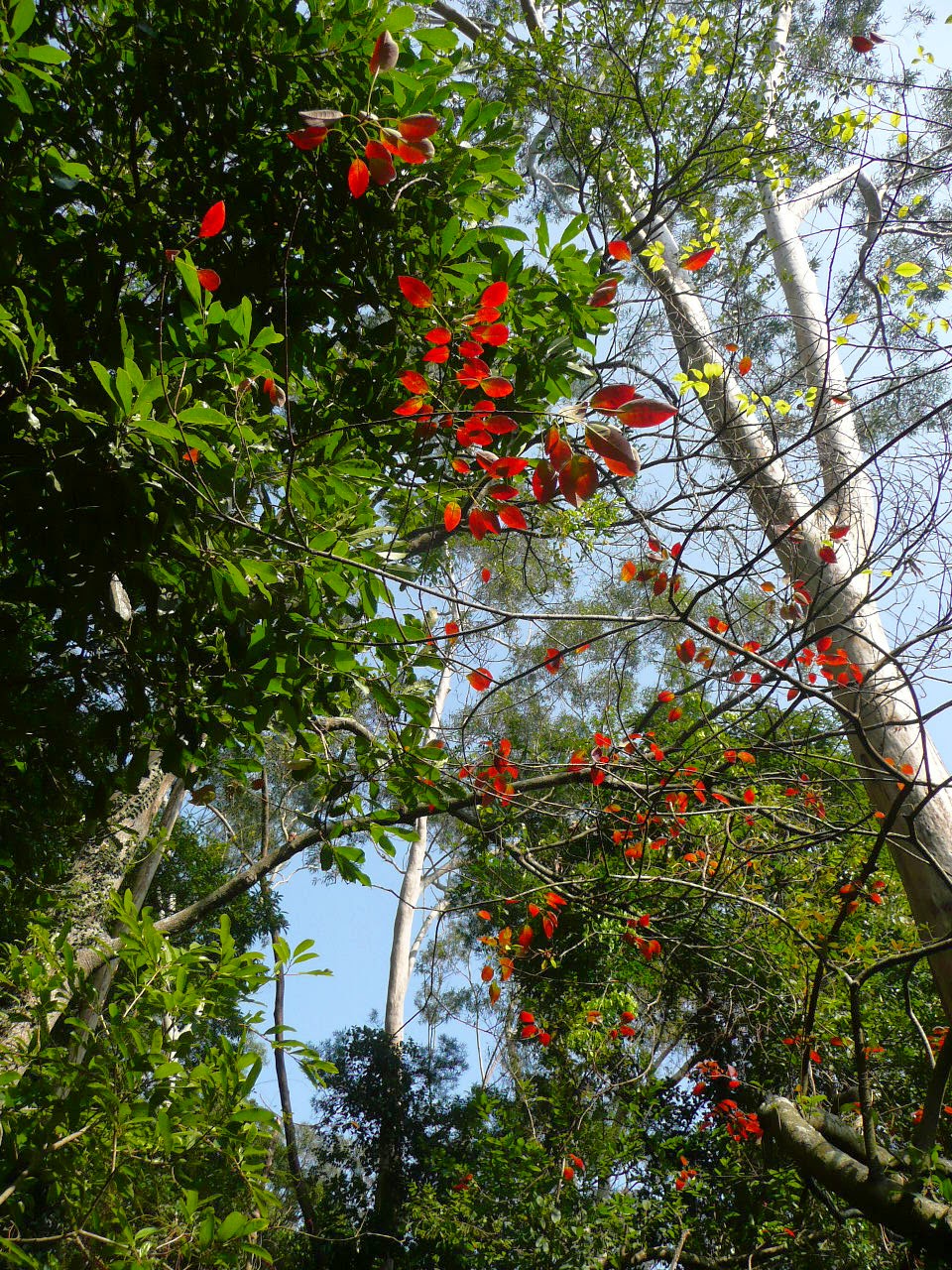 While out hiking, particular in winter, one will come across
patches of red that turn out to be that of young leaves
rather than beautiful blooming flowers! ;) 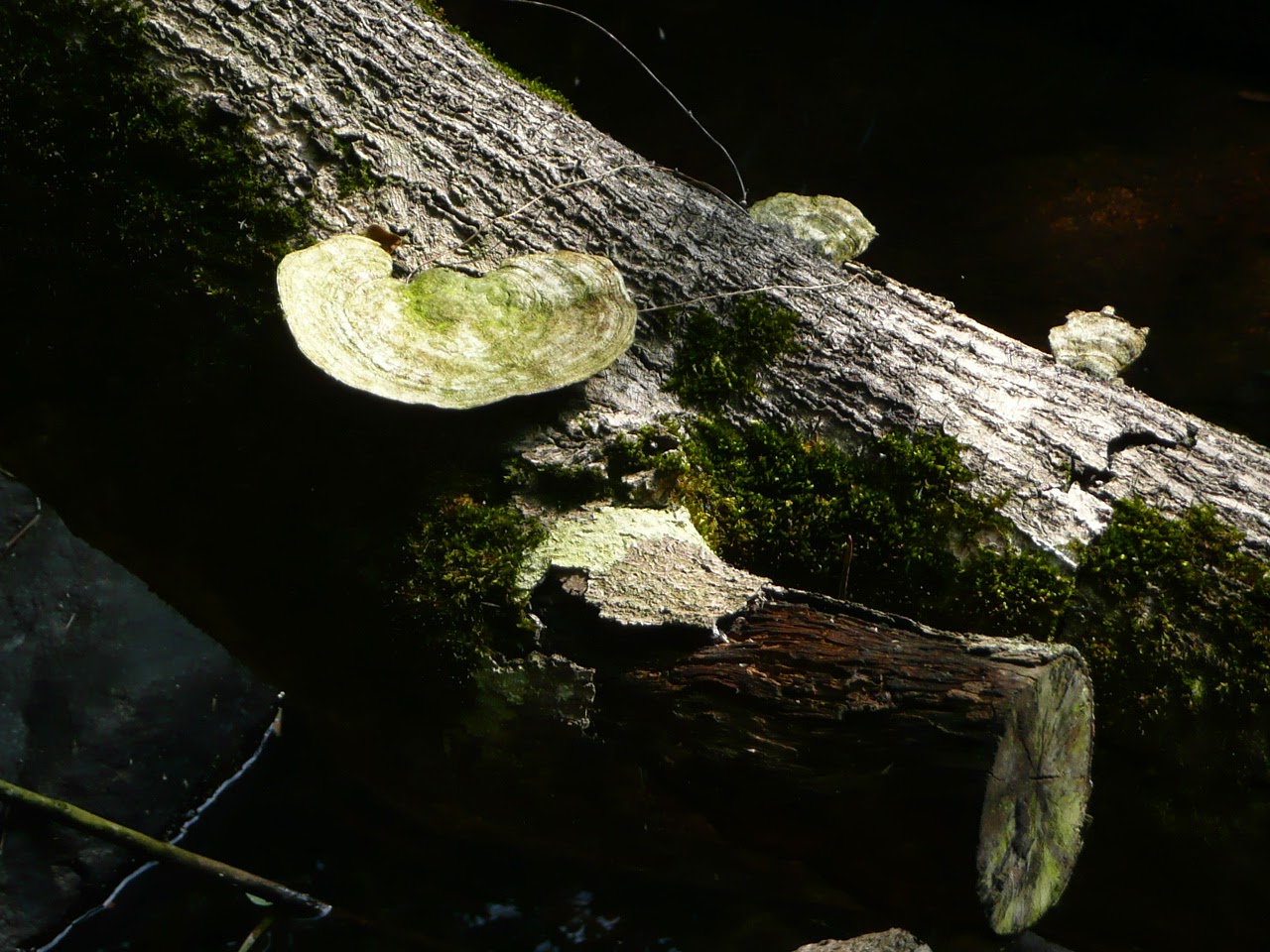 Pretty much every year in Hong Kong, one reads of
people who got food poisoning from eating wild fungi :O 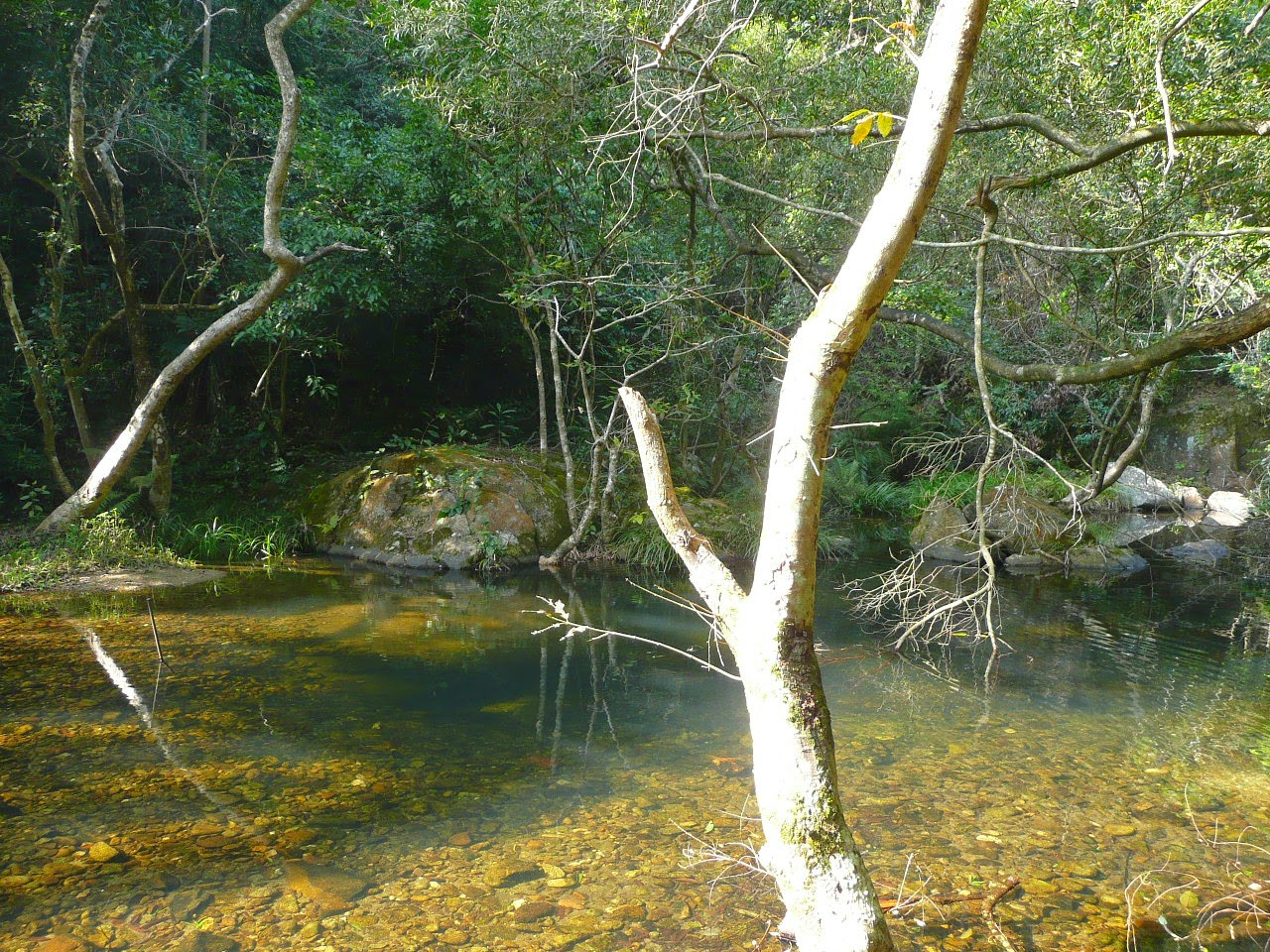 In a quiet spot in Tai Lam Country Park, there's a scenic area
which is tempting to linger at, especially in winter when
there's little fear of mosquitoes breeding in stagnant water! 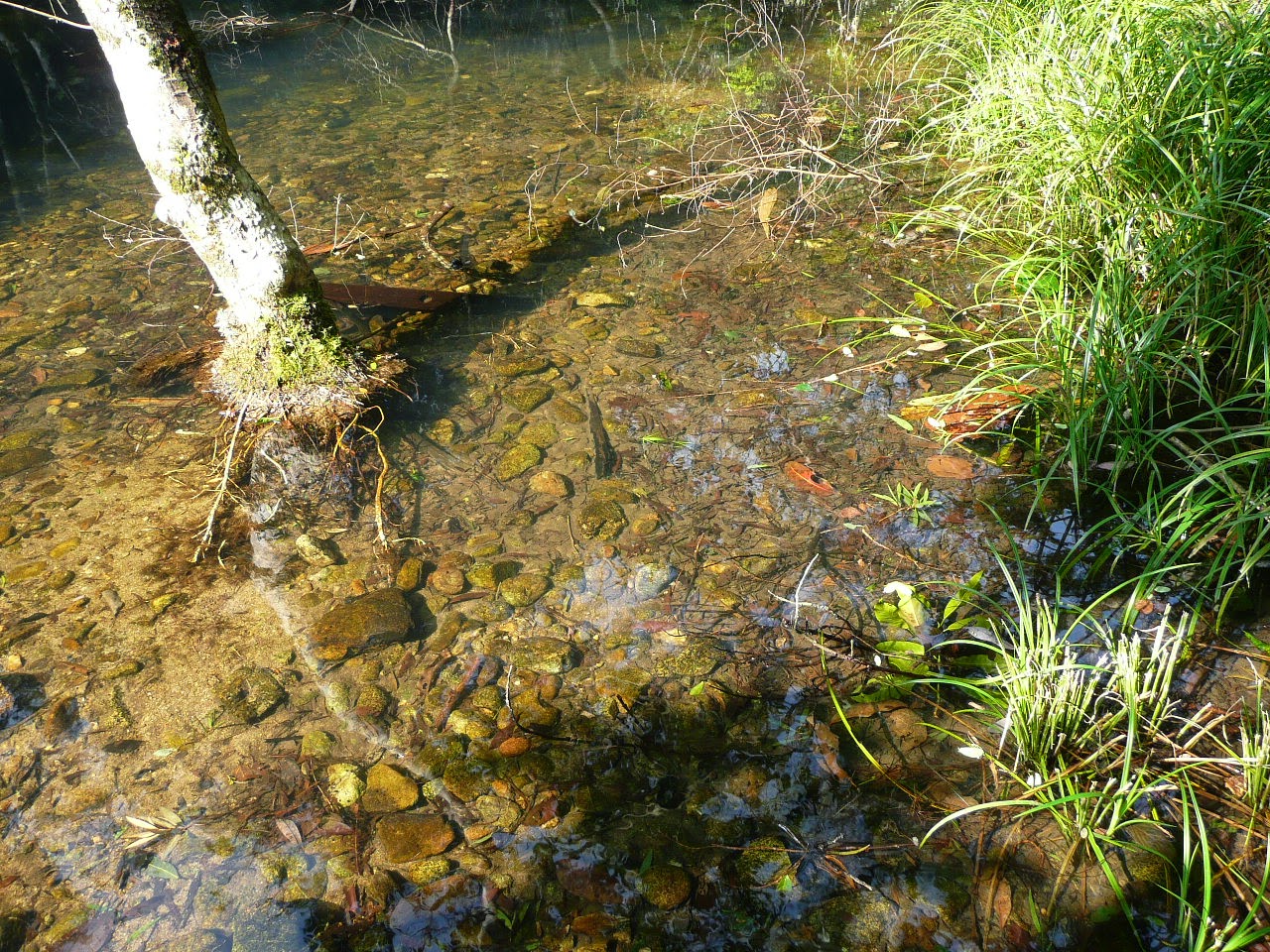 The water there is on the stagnant side but also oh so clear! 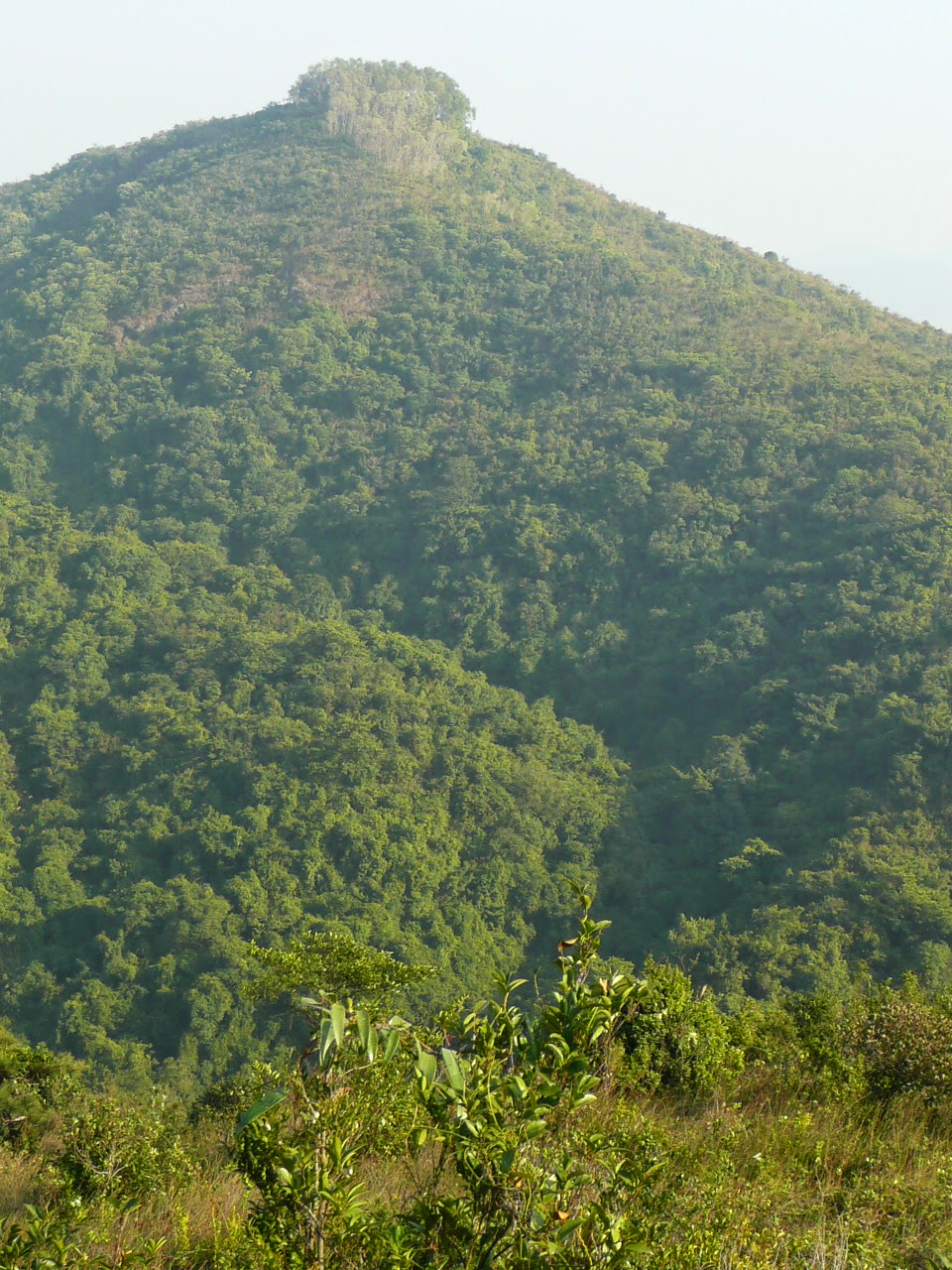 Can that hill's squarish tip be natural?! :O 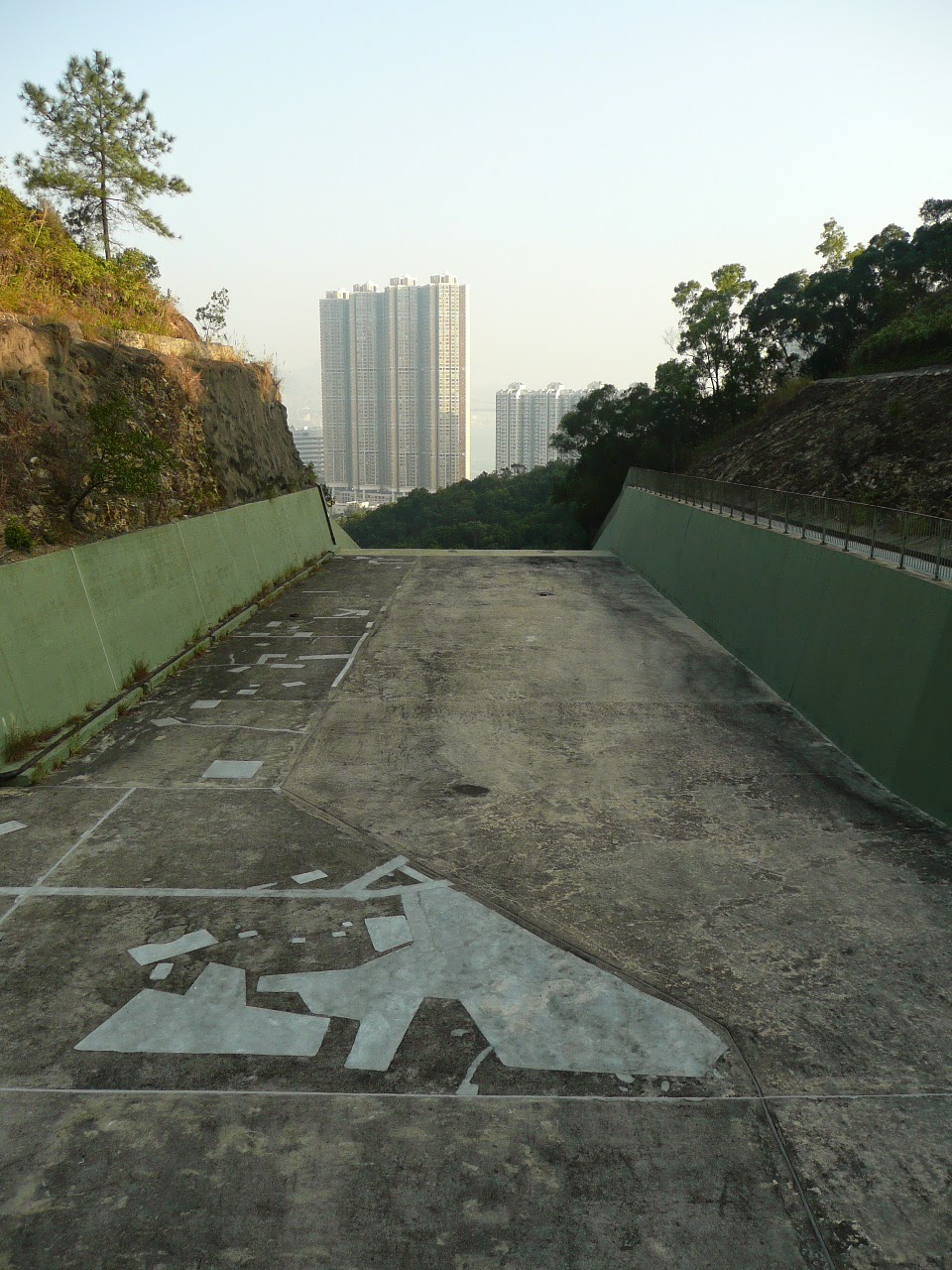 Definitely artificial -- and also dry: one of the
Sham Tseng Settlement Basin's run off waterways 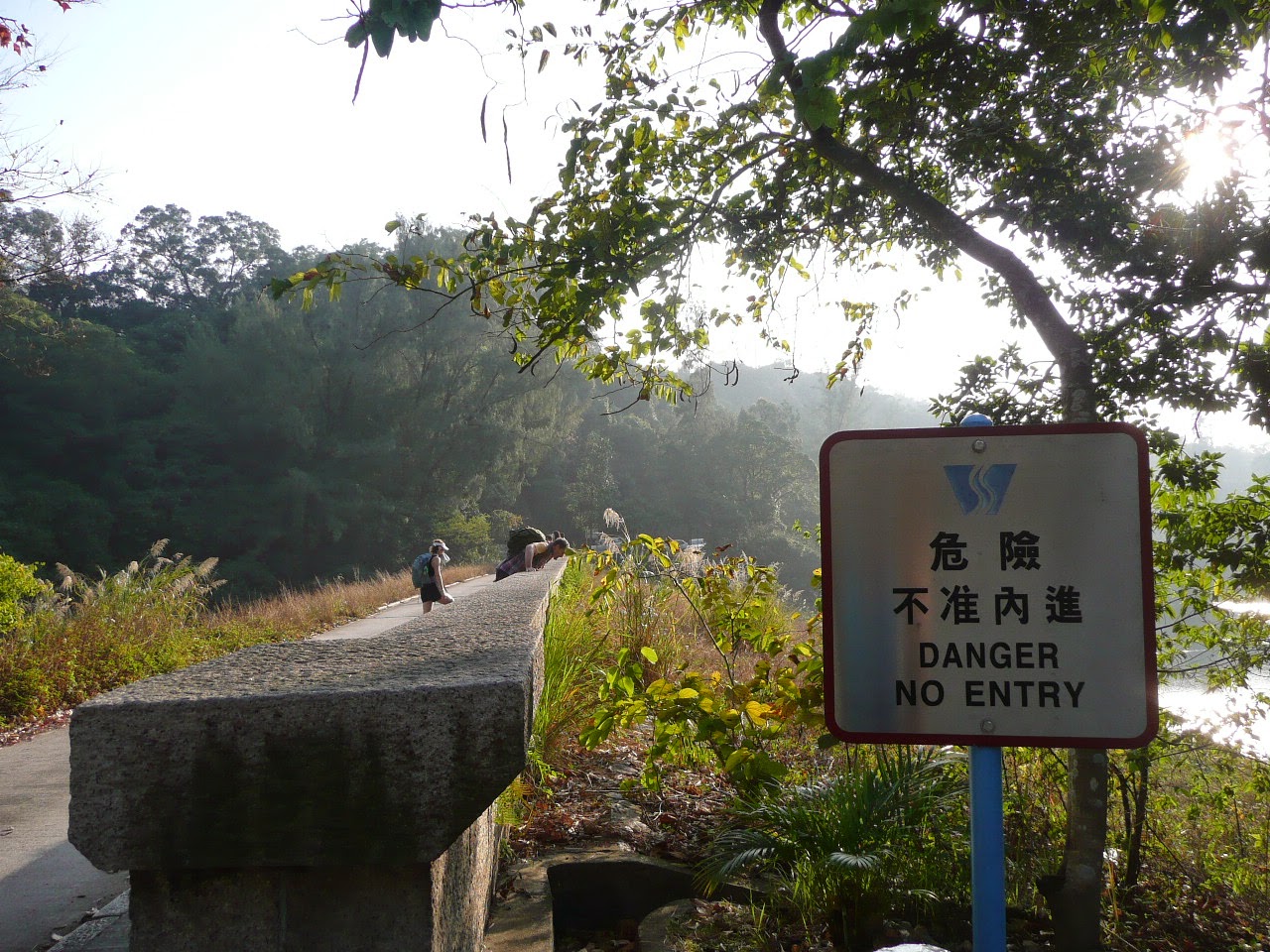 I'm going to presume that the "Danger - No Entry" sign
is for the nearby body of water -- otherwise,
it doesn't make much sense at all! ;O
Posted by YTSL at 10:08 PM