Considering how much I've enjoyed the two visits I've made to Po Toi (the first of which is chronicled in the form of photo-essays here, here, here and here), it can seem strange that I've only been to Hong Kong's southernmost island twice -- until you consider the following: firstly, it's not the easiest of destinations to get to, what with kaito services being on the infrequent side; and secondly, there not being that many different trekking trails on the island.

So imagine my surprise and horror when on my most recent trip there, my hiking buddy and I saw scores of other people on the path leading southeast from the Po Toi ferry pier -- presumably ferried over to the island on private charter tours!  Fortunately, the further we ventured uphill, the more the crowds melted away.  And it was downright peaceful and blissy on the final part of the hike when we found ourselves alone for much of our trek along what's officially known -- and for good reason too -- as Po Toi's Rugged Trail! 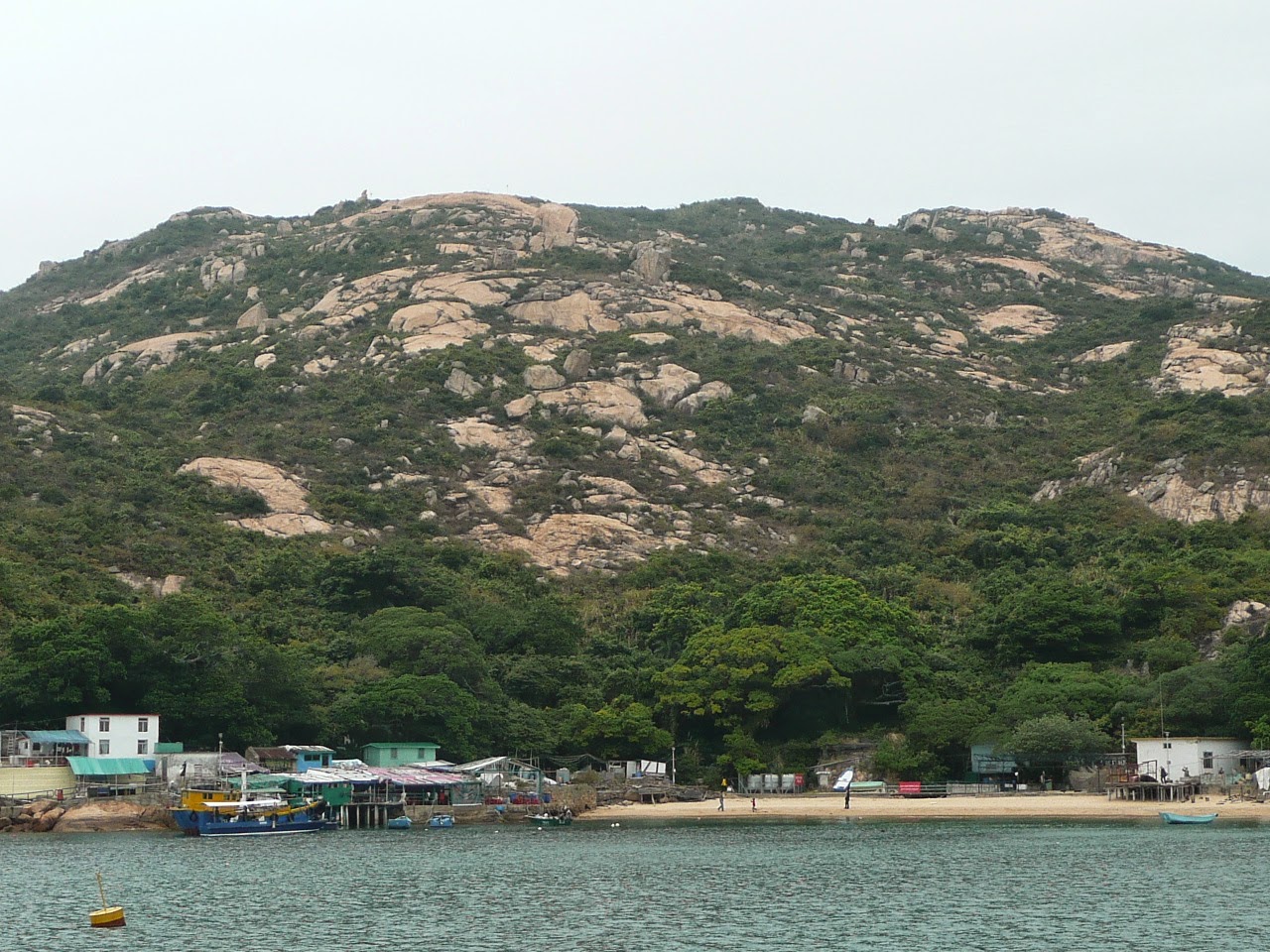 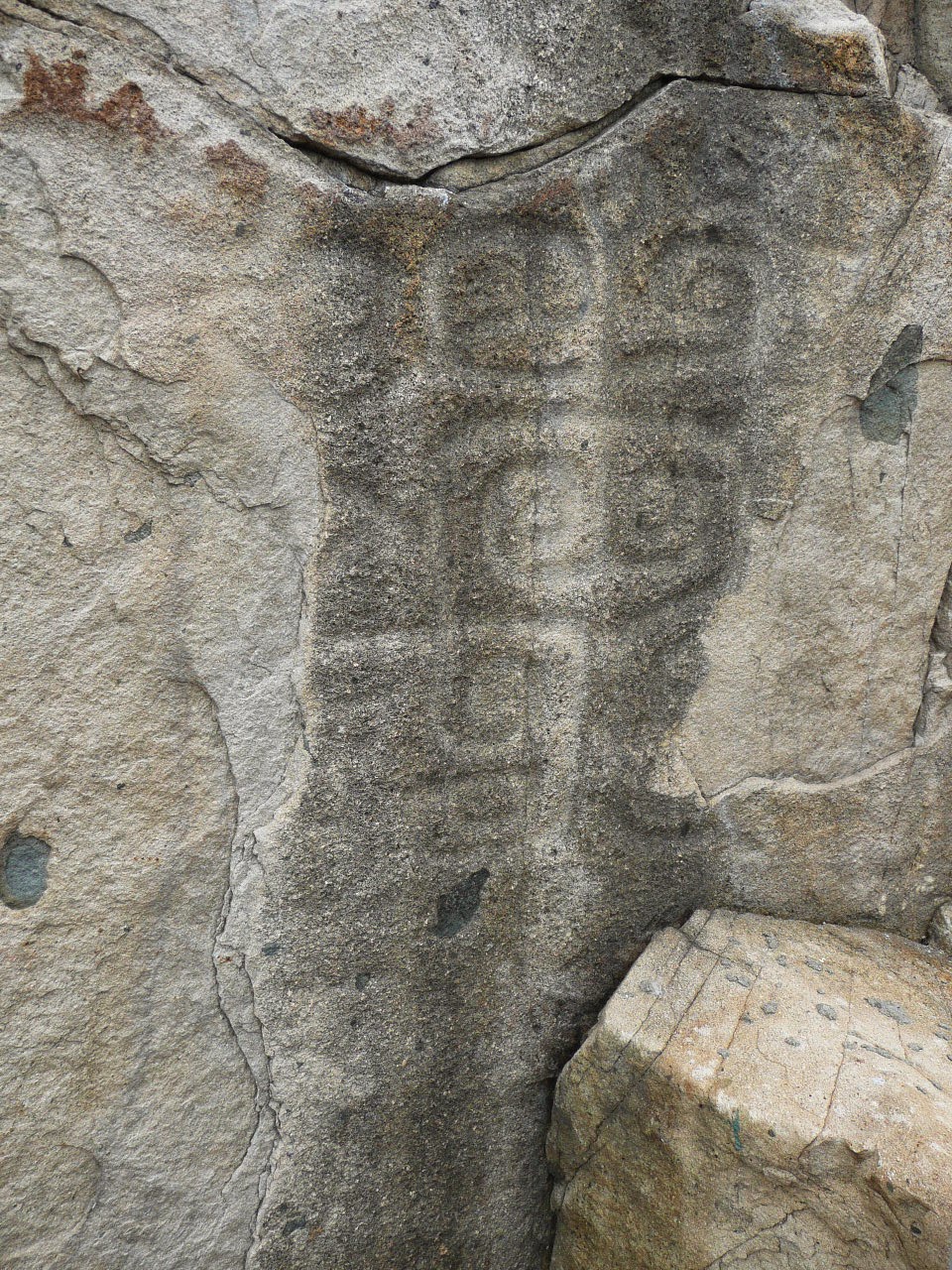 The island is home to ancient rock carvings that,
if truth be told, I don't find all that visually impressive ;S 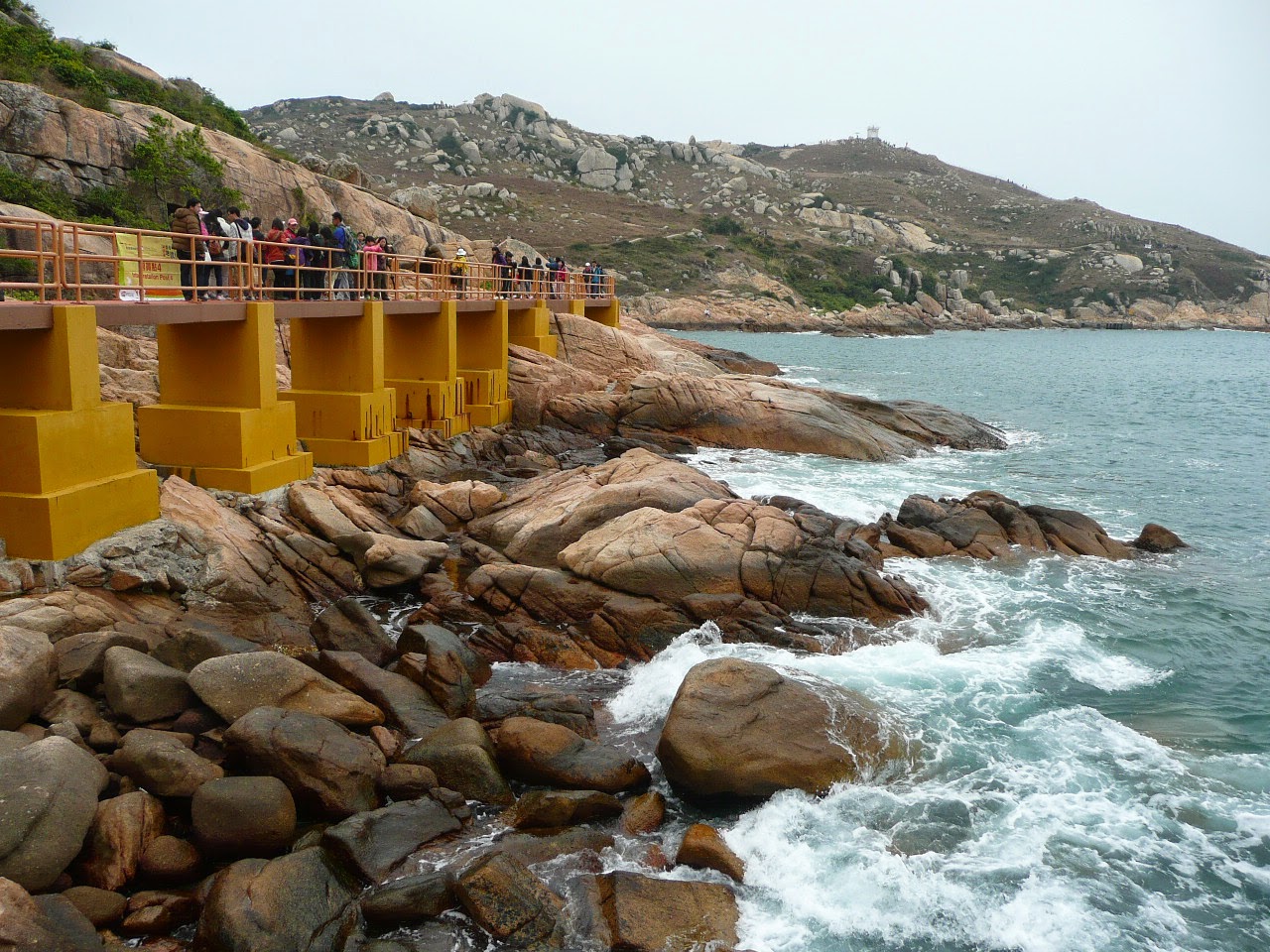 Imagine the shock I had when I first caught sight of
all those people on the coastal path! 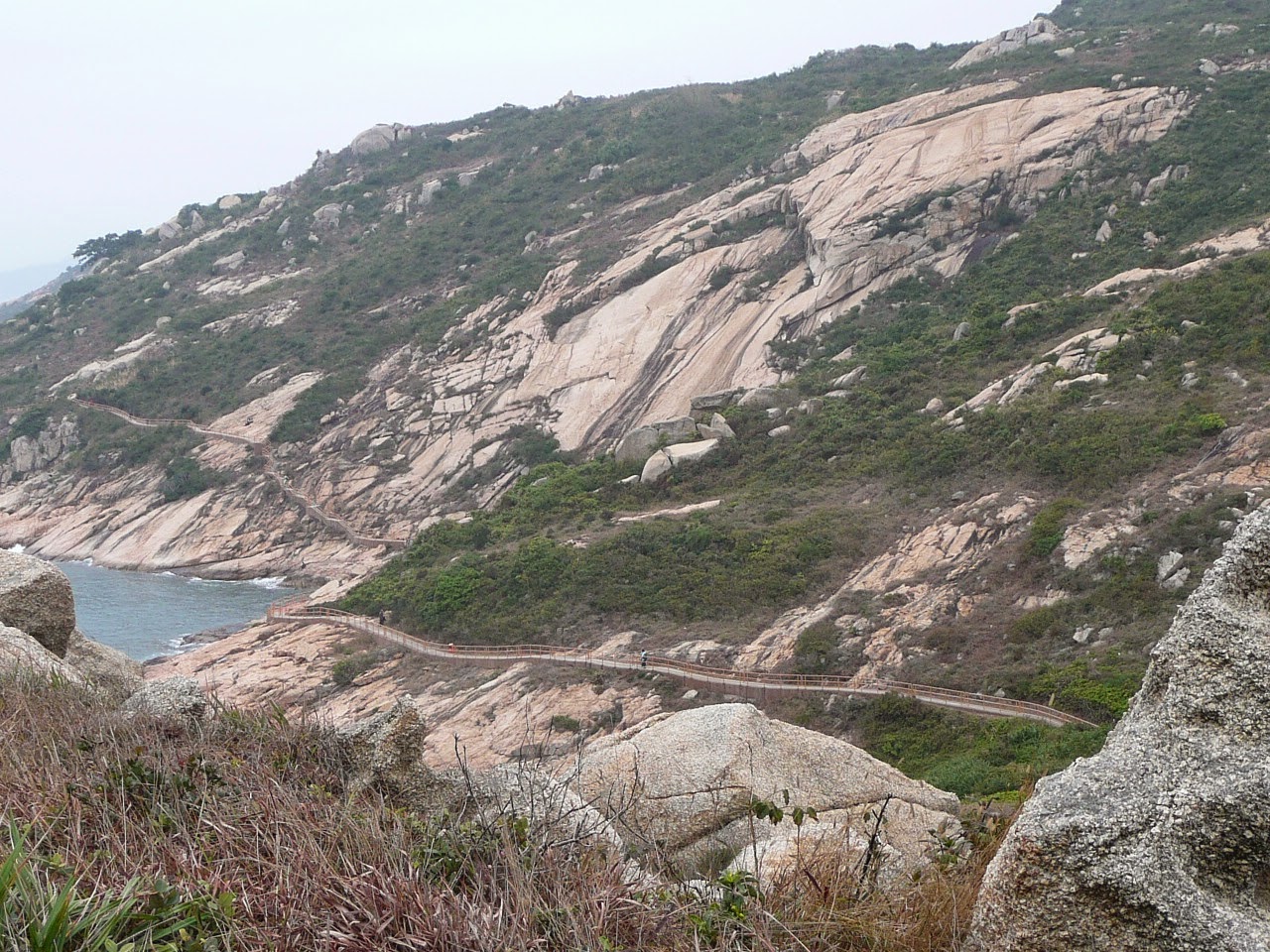 Fortunately, we found that Po Toi most certainly was big enough
so that we could soon be away from the madding crowd 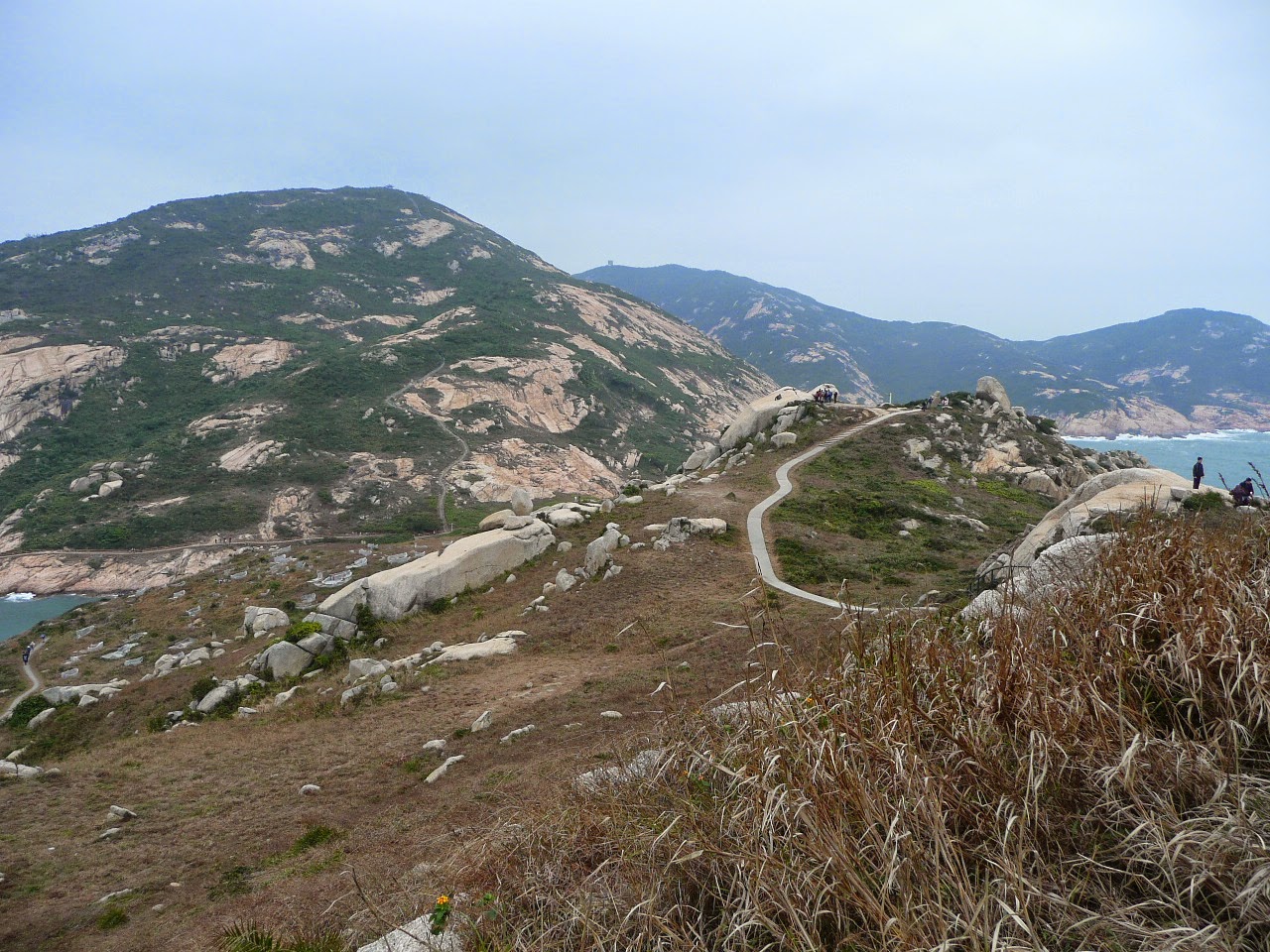 Naturally, a crowd gathered at Turtle Rock to ooh and aah
at how a natural rock formation could so resemble an animal ;) 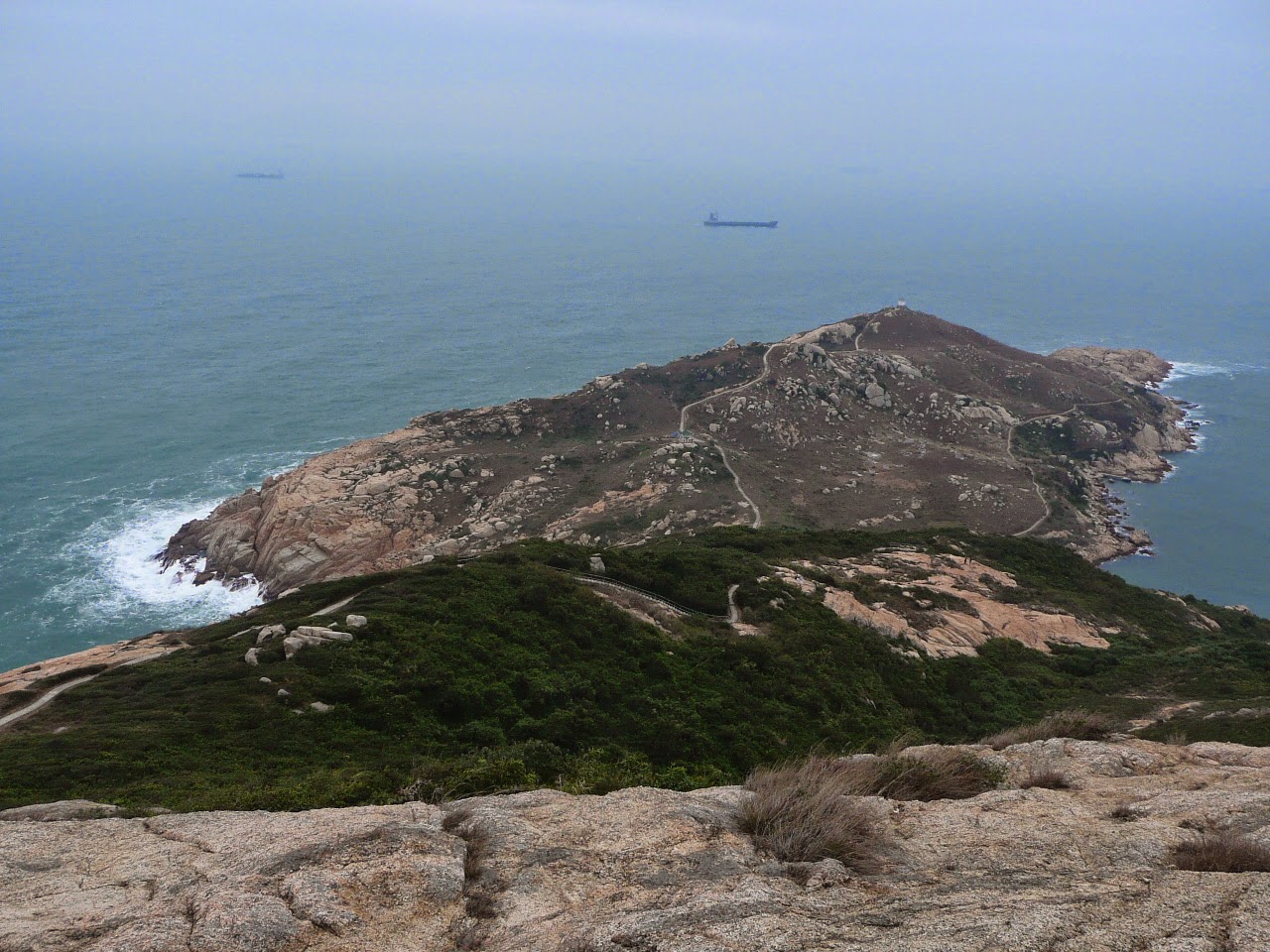 A view from near the top of the formidable looking hill
in the previous photo :) 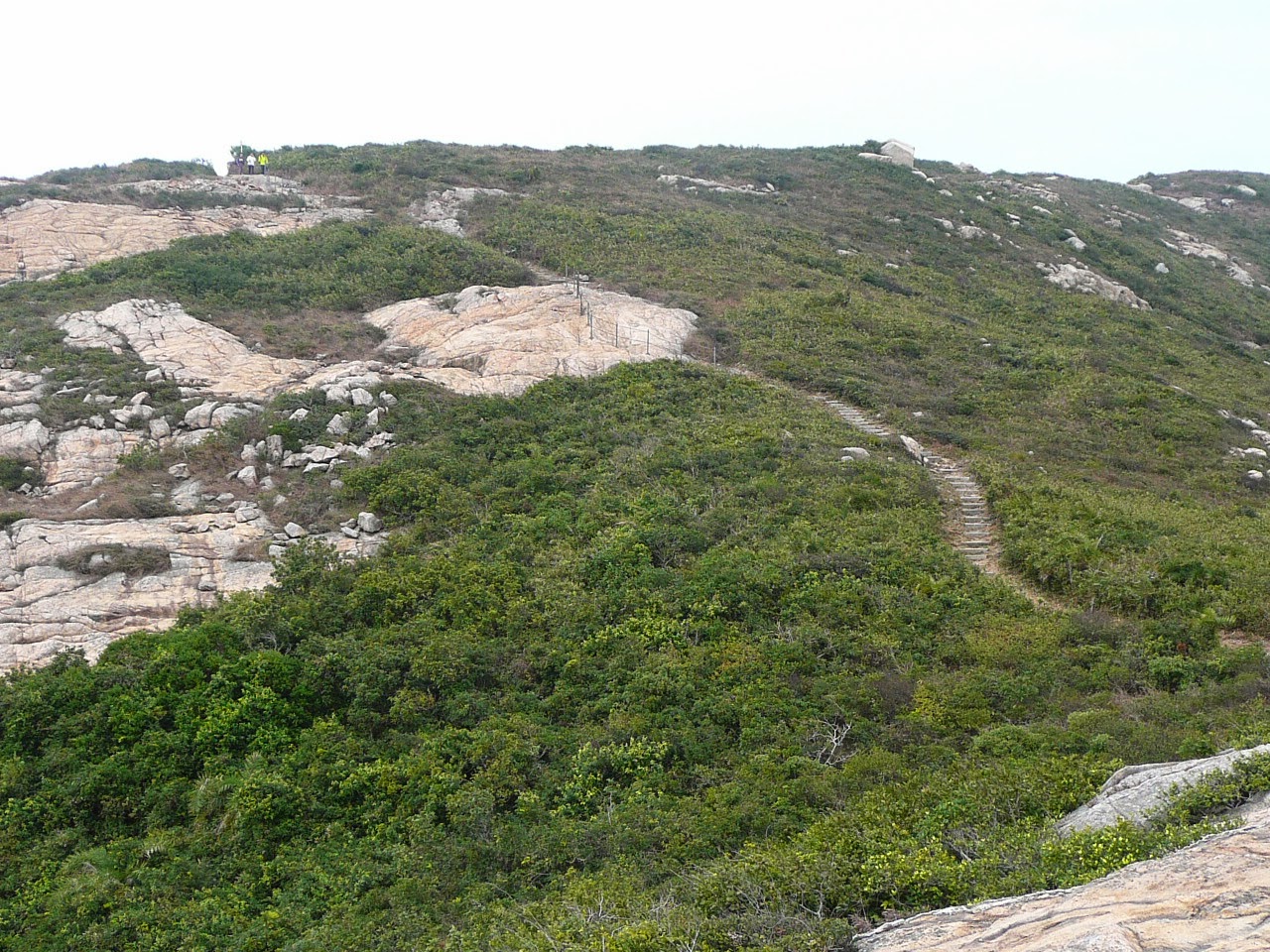 On this visit to Po Toi at a cooler time of the year, the views
were less clear but the (previously overgrown) Rugged Trail was! 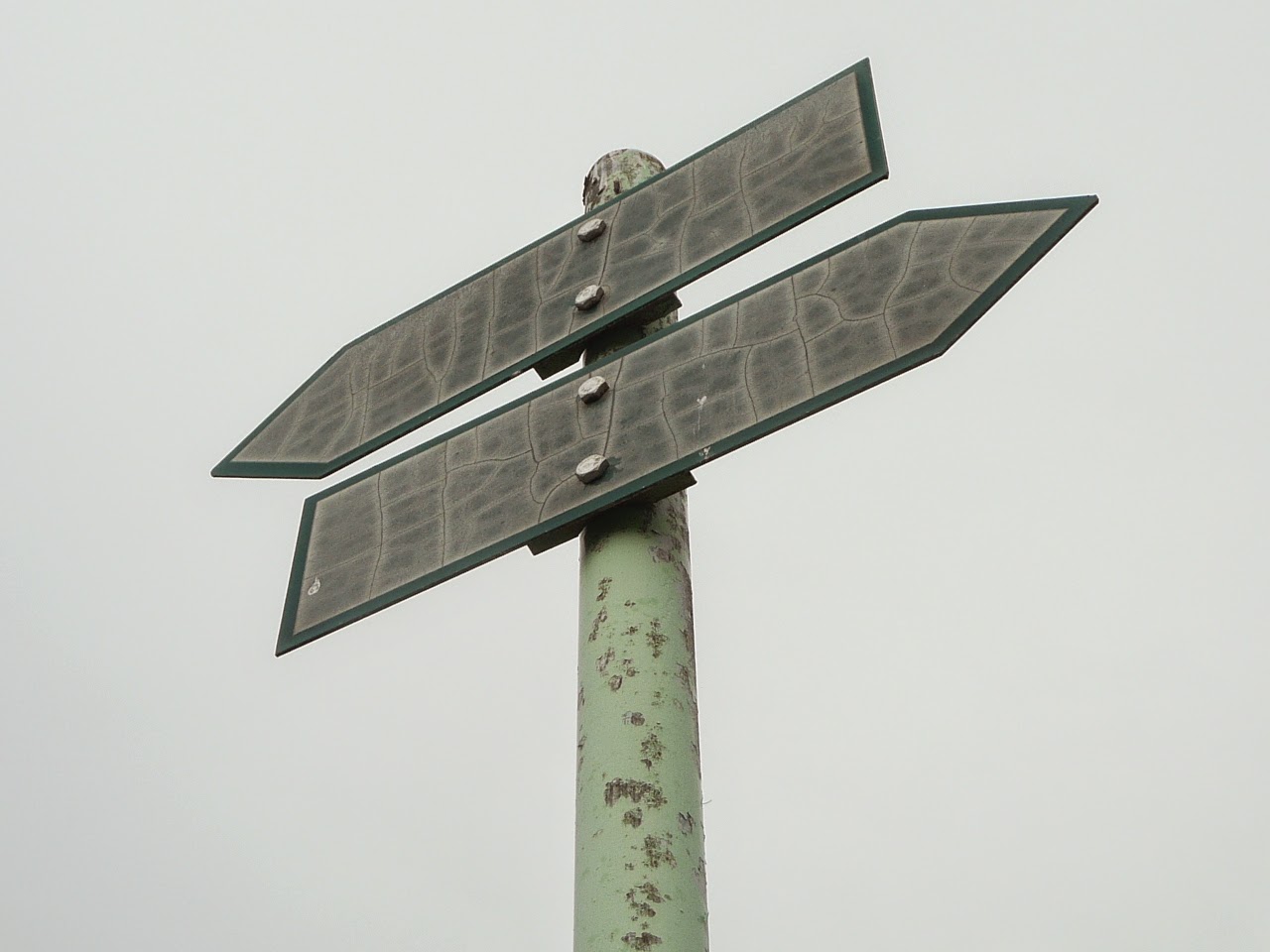 It sure was a good thing that was the case as
many of the signs on Po Toi had been rendered
downright unreadable by Hong Kong's hot sun! :O

Your photos of Po Toi (Rugged Trail) depict a lonely rocky island, perhaps further out at sea, removed from the greenery of other parts of Hong Kong's countryside. The fifth photo from the top, of the diminutive figure on the right, standing on a boulder, creates the impression of looking upon the eroded, scattered remnants of a past civilization. Your photos of Po Toi, and also of Ping Chau, make a good case for these islands being prime destinations for rock lovers.

Wait until you see my photos taken along the Po Toi Rugged Trail that I'll put up soon! But yes, I do reckon that Po Toi and Ping Chau -- and also Ma Shi Chau, for that matter -- are islands that are/would be prime destinations for rock lovers. :)