In recent years, two of my favorite contemporary artists have been "Invisible Man" Liu Bolin and the "gravity defying" Li Wei. He may not appear in his art the way that the two Chinese artists do in theirs but I also have become a fan of Leandro Erlich and his optical illusions which, like the works of Liu and Li, come across as fun and whimsical as well as ingeniously creative.

So I was really happy to find on my visit to Kanazawa's 21st Century Museum of Contemporary Art that in addition to his The Swimming Pool permanent installation, I'd also be able to take in a special exhibition entitled Leandro Erlich -- The Ordinary? featuring 17 of the Buenos Aires-born artist's works -- and that photography was allowed in those galleries which housed them (as well as in the outdoor areas of the museum).

As it turned out, I not only was impressed by the Leandro Erlich exhibition but also by pretty much by everything I saw at the Kanazawa museum; so much so that while we haven't approached the half way point of 2014 yet, I wouldn't be surprised if I've already visited my favorite museum of this year... 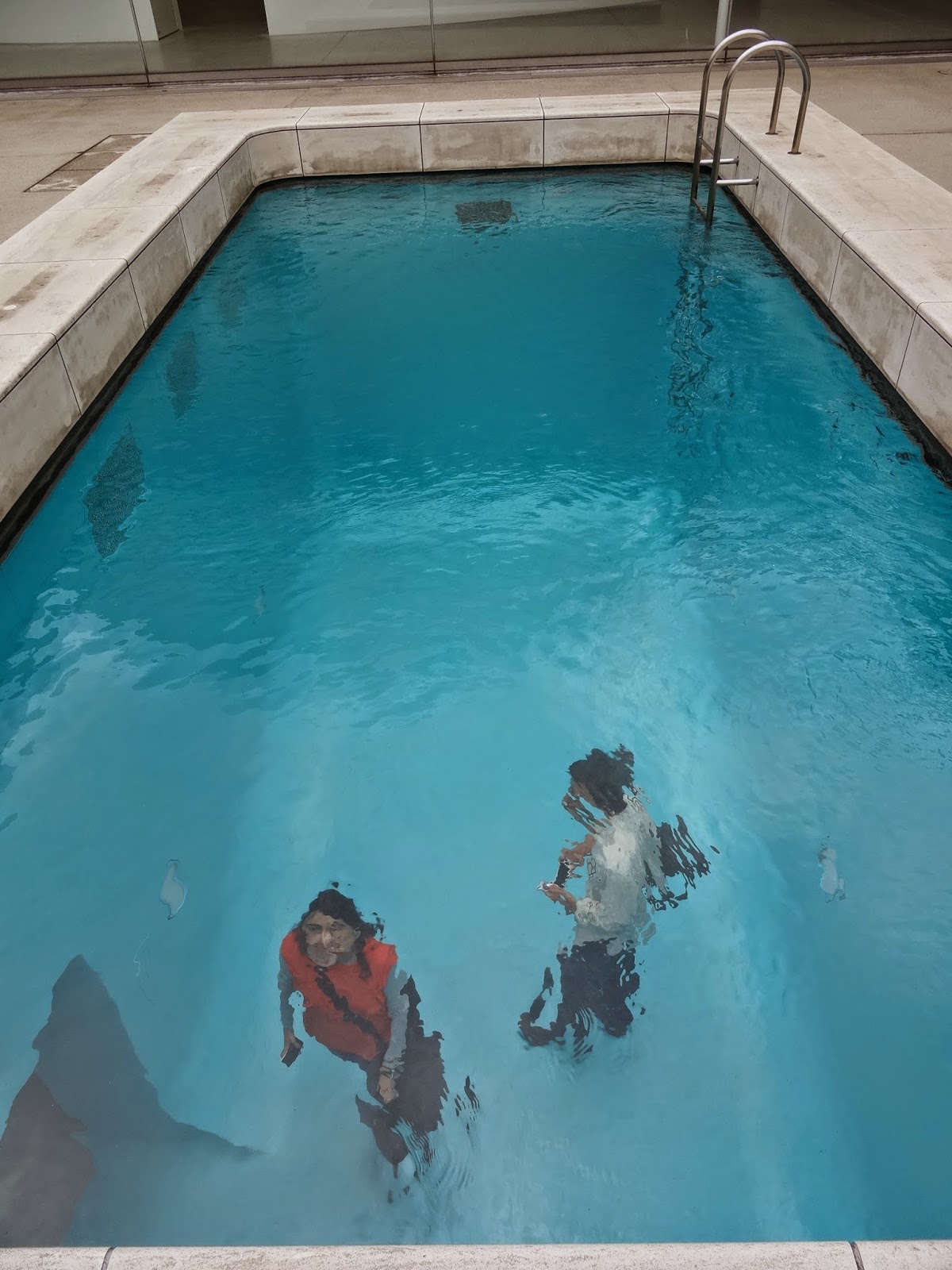 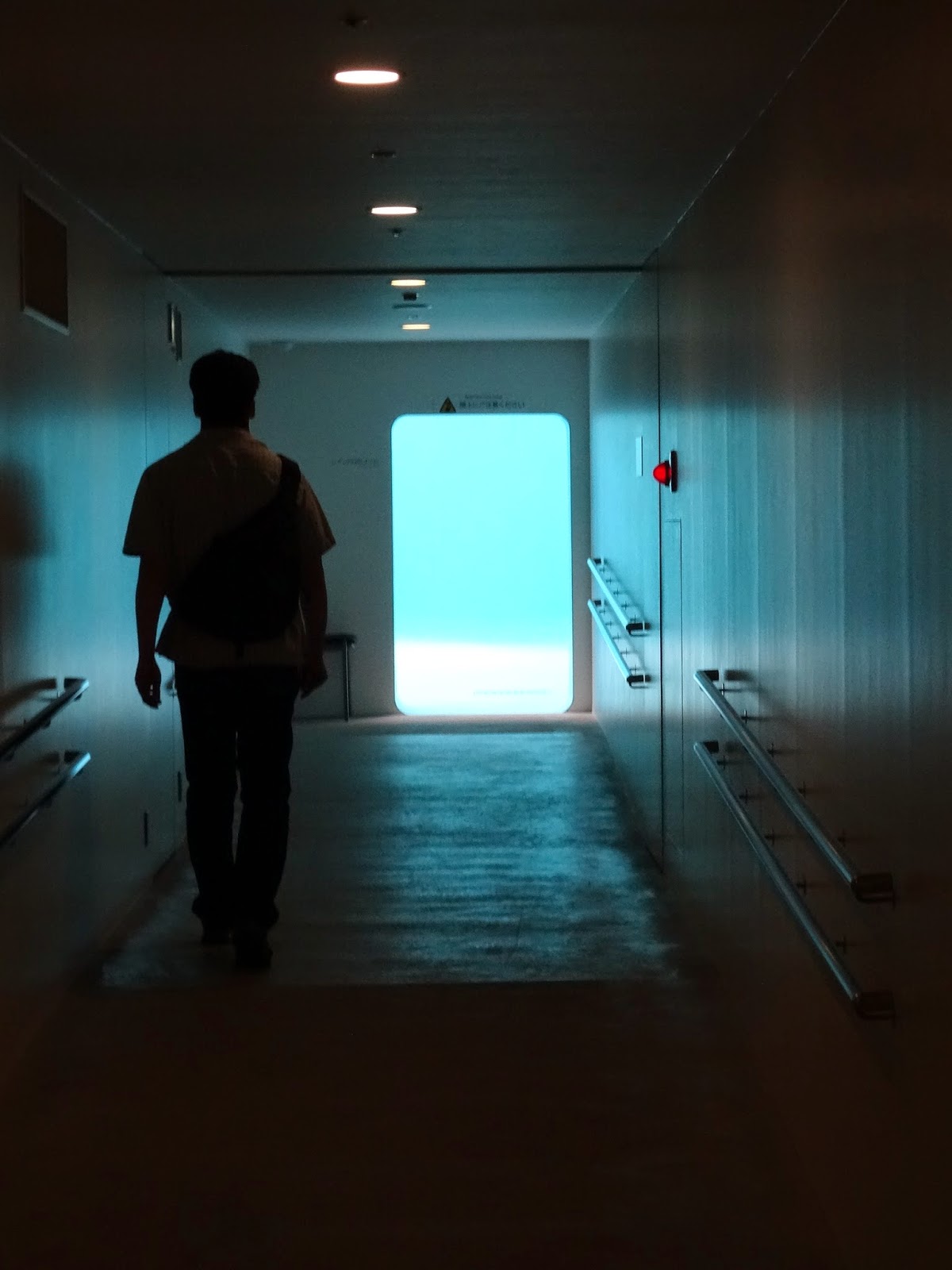 On a visit to the museum, make sure to
go downstairs and walk along this corridor... 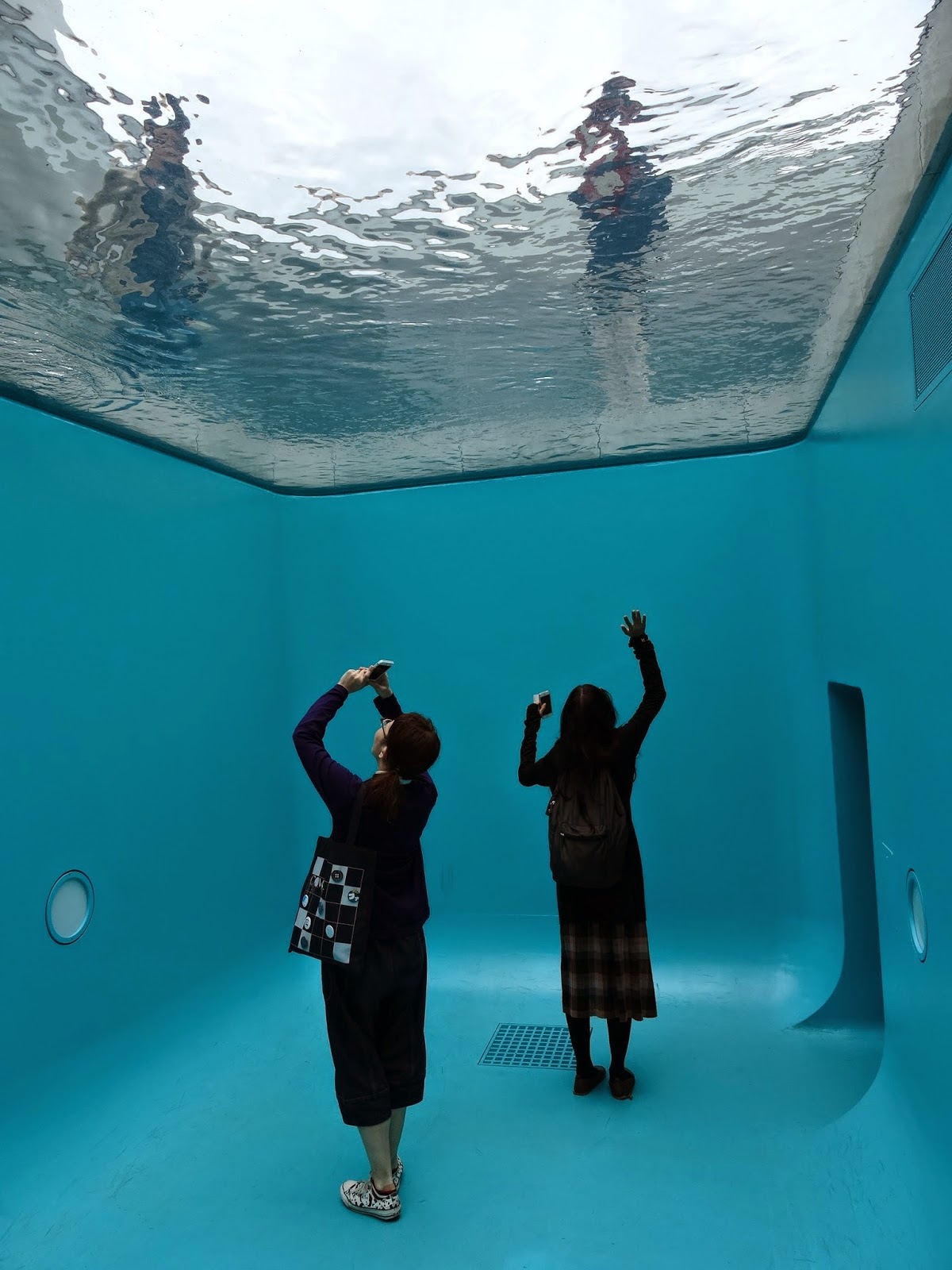 ...so that you can view The Swimming Pool
from under the water surface! :b 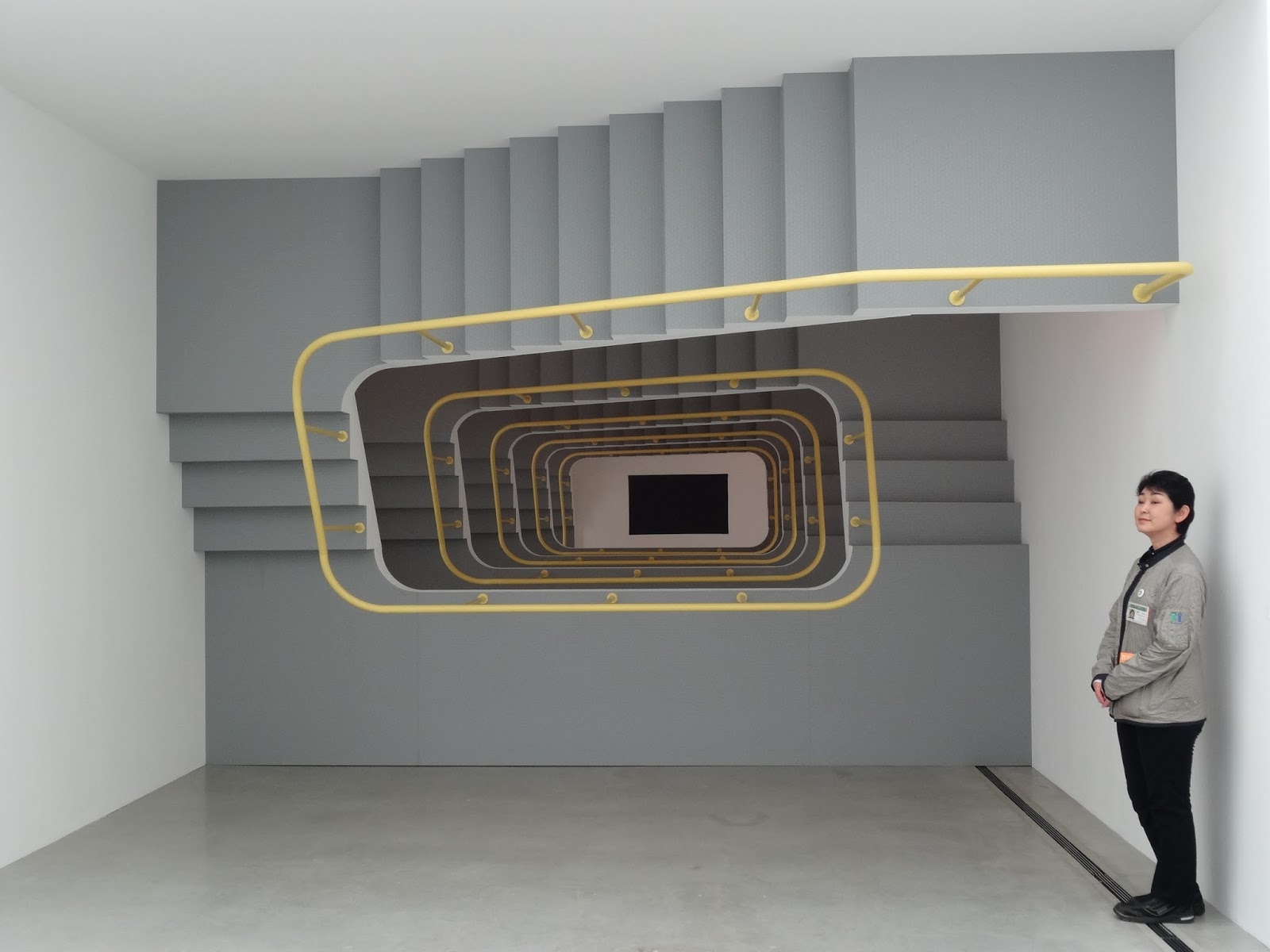 Leandro Erlich's take on a staircase --  with a gallery attendant
in the picture to help show why it's out of the ordinary :) 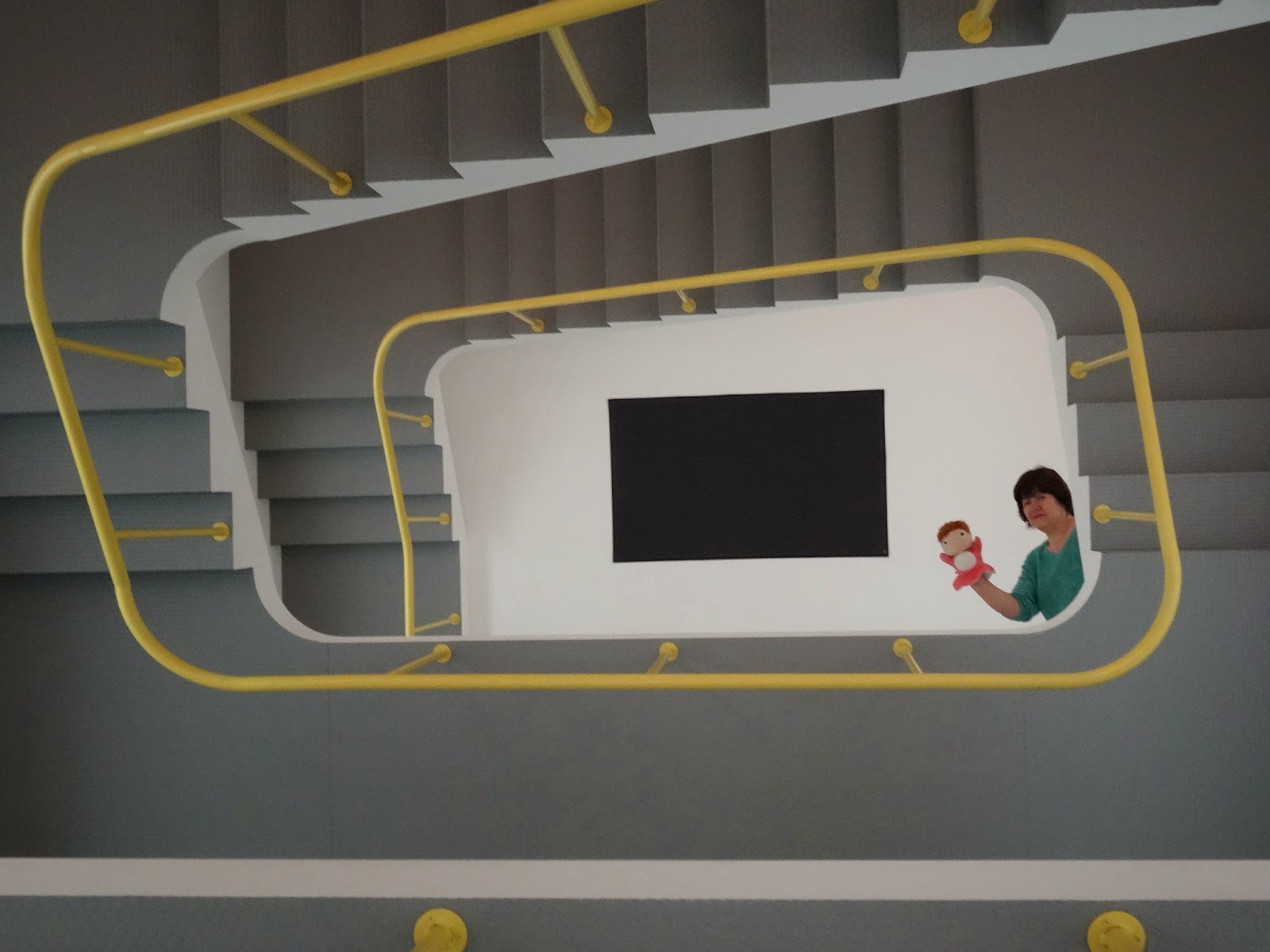 Puppet Ponyo and a kind friend help show that
Erlich's Staircase is a fully three-dimensional work! :b 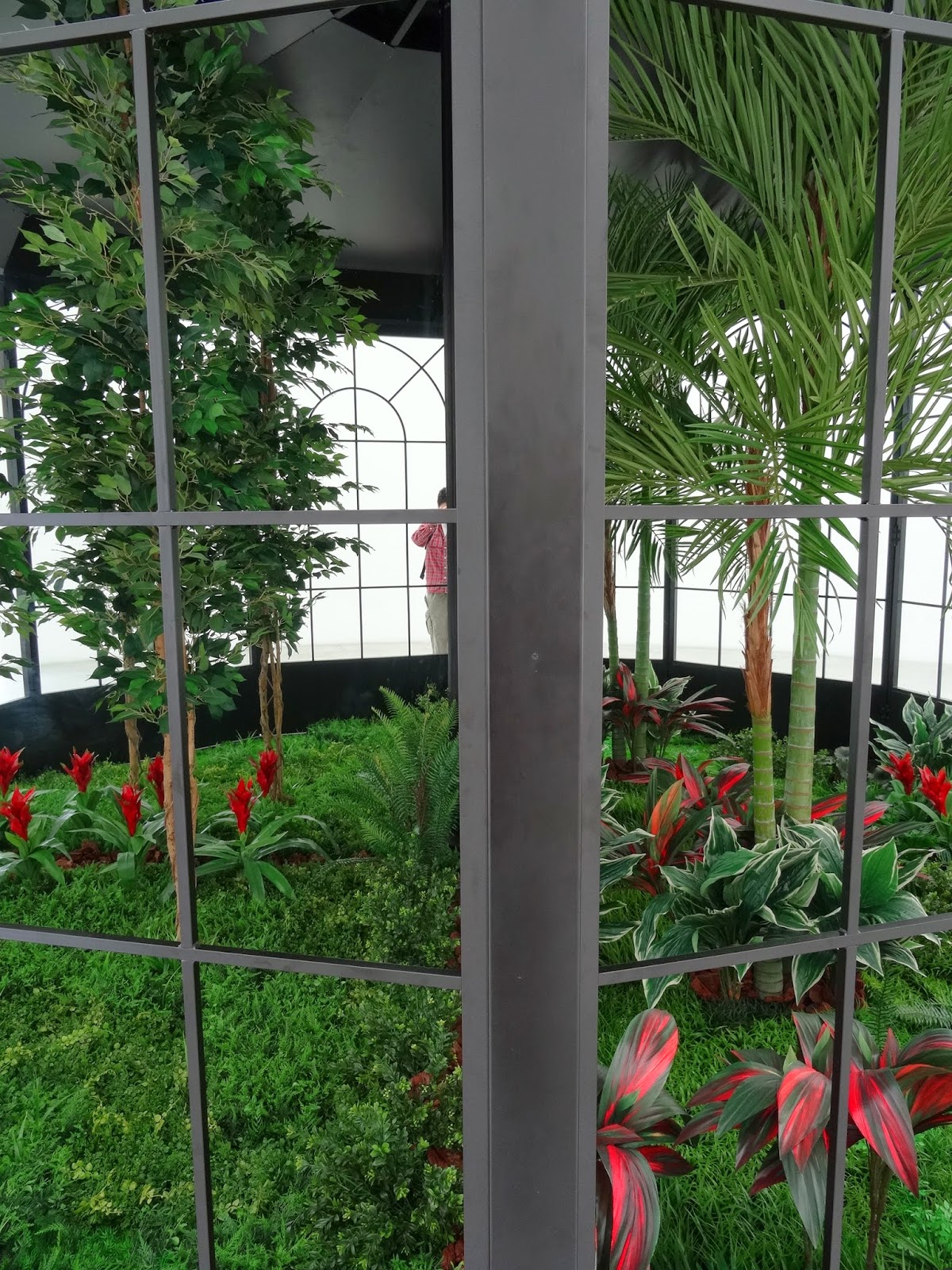 To fully appreciate Erlich's Invisible Garden, you have to
view it from several angles -- but I hope this photo gives some idea
of how it's not the ordinary greenhouse it initially appears to be 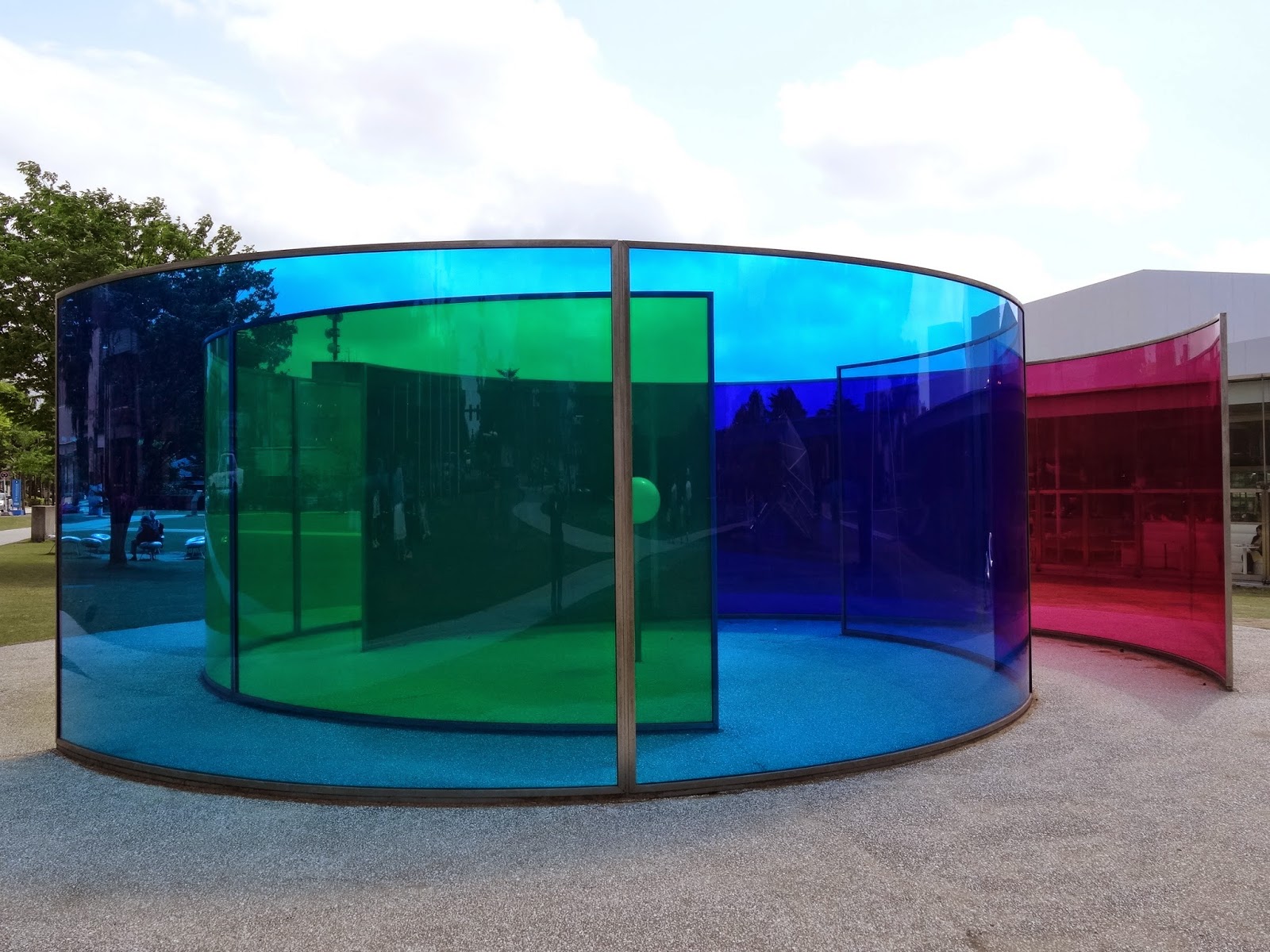 And on the museum roof can be found Jan Fabre's
The Man Who Measures the Clouds -- a work meant
to evoke thoughts about life, death and freedom :)
Posted by YTSL at 8:32 PM

From bucolic farmhouse villages, to beautiful Japanese gardens, to contemporary art museums - you've presented quite a variety of sights in Kanazawa.

Your photos inside the 21st Century Museum of Contemporary Art take the viewer on a visual journey through the museum. The third photo from the top of the two women looking upward at the blurred people above them, recalls the kind of vision one might have somewhere between a dream and slowly waking up.

Ponyo has been given plenty of exposure on your Kanazawa adventure, which I'm sure pleases her. In your photo she may be in the background, but, if anything, she enhances the view so well that she (and the person holding her) could be a part of the exhibition...Whether seen in Miyazaki's animated film, or as incarnated in your blog, only a hardened cynic would deny Ponyo's charm as an endearing traveler's companion.

That staircase is incredible! Mind-bending!

I wish you could see more of the museum but three other special exhibitions when I was there -- one of which, entitled "Happy People", I really enjoyed --didn't allow photography.

Still, I'm glad you like what you saw. And yes, I love that photo of Ponyo with friend -- in large part because it shows the kindness of strangers in Japan. :)

One small clarification: the farmhouse village of Ogimachi is in the Shirakawa Go area a little more than an 1 hour by bus away from Kanazawa.

I like Erlich's Staircase a lot -- and also The Swimming Pool and Invisible Garden. :)