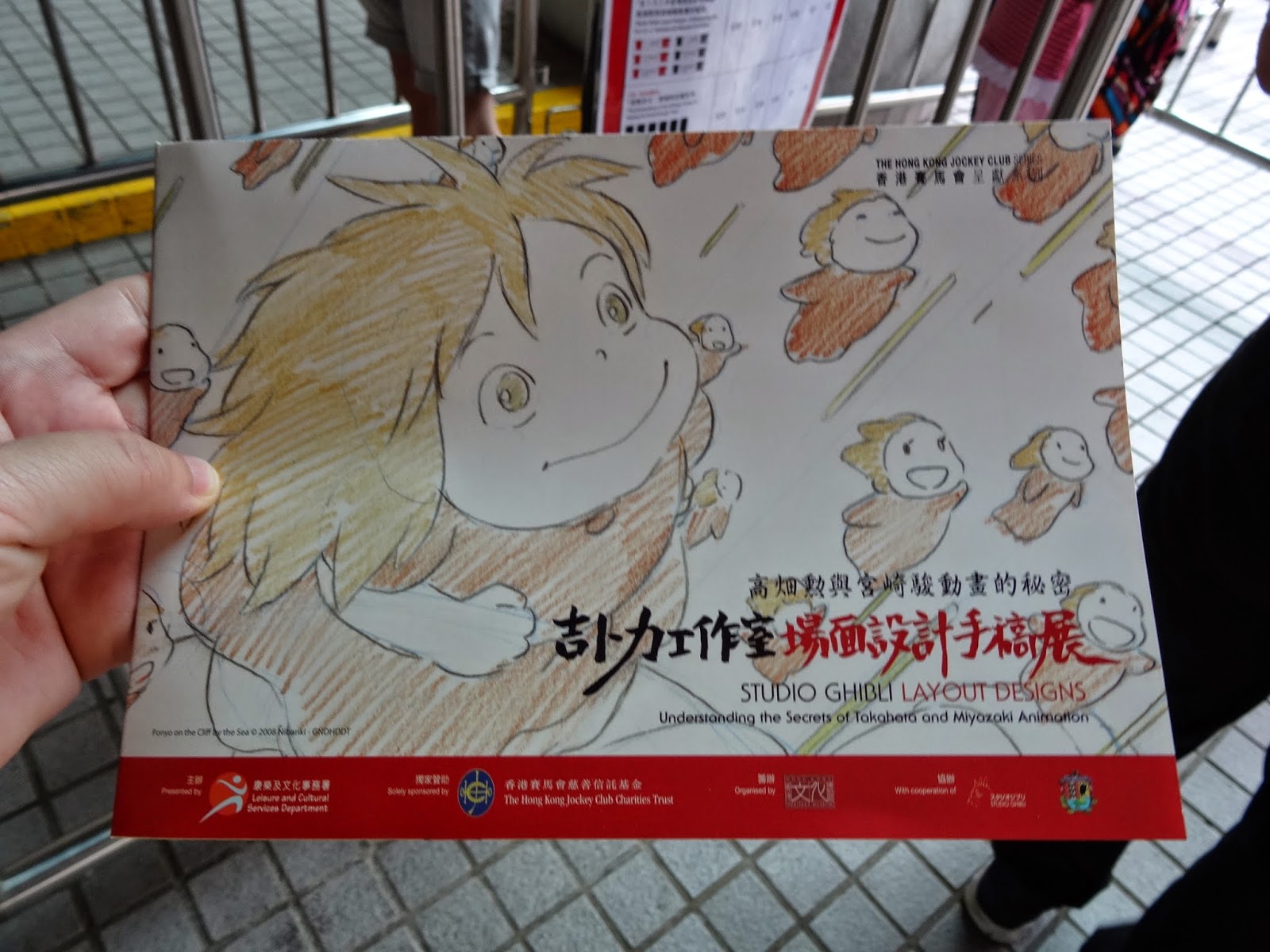 Guess what was the subject of the special exhibition
I went to see at the Hong Kong Heritage Museum today :) 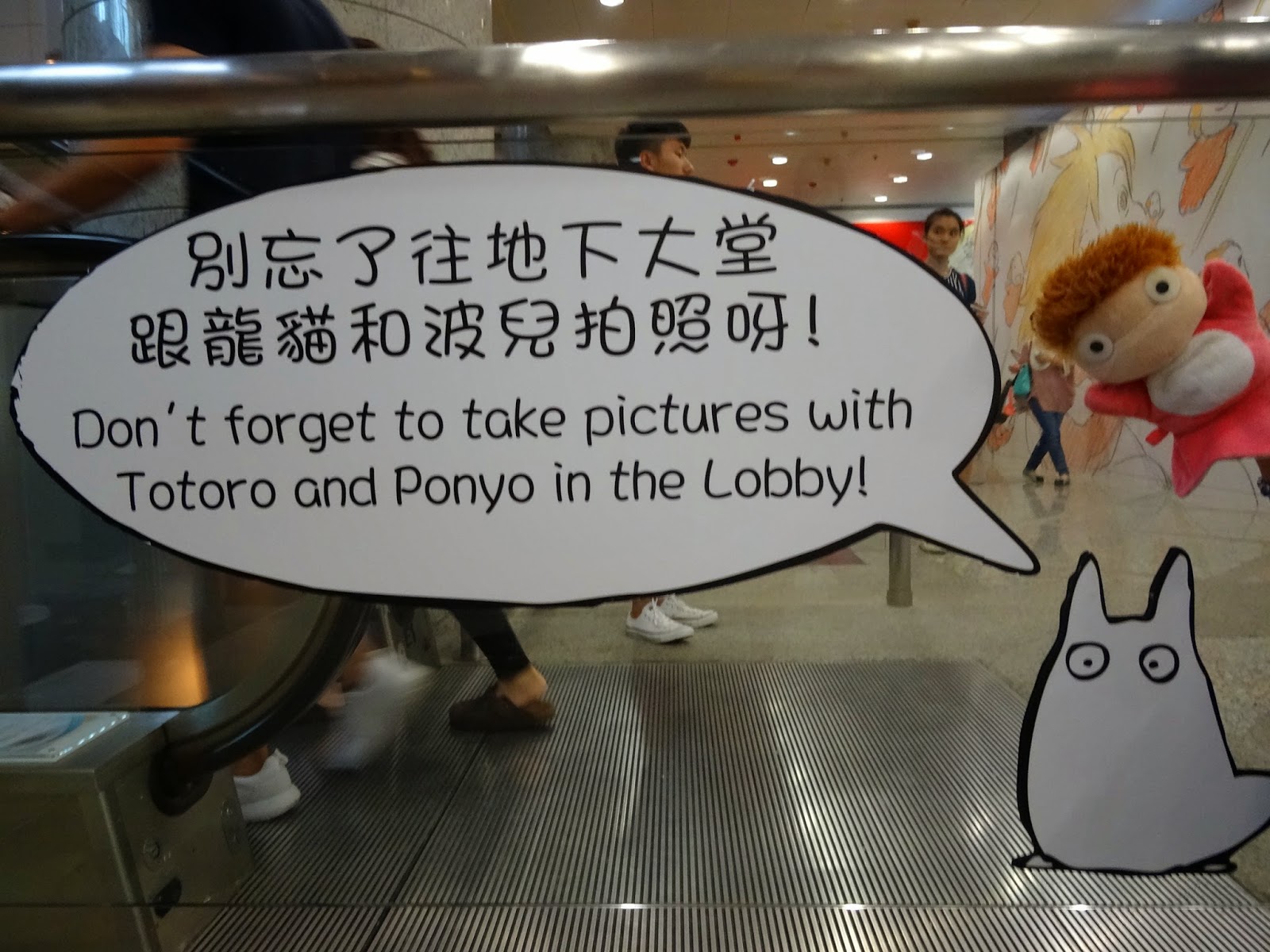 Puppet Ponyo photobombed my photo of Chibi-Totoro
delivering a message via speech bubble! 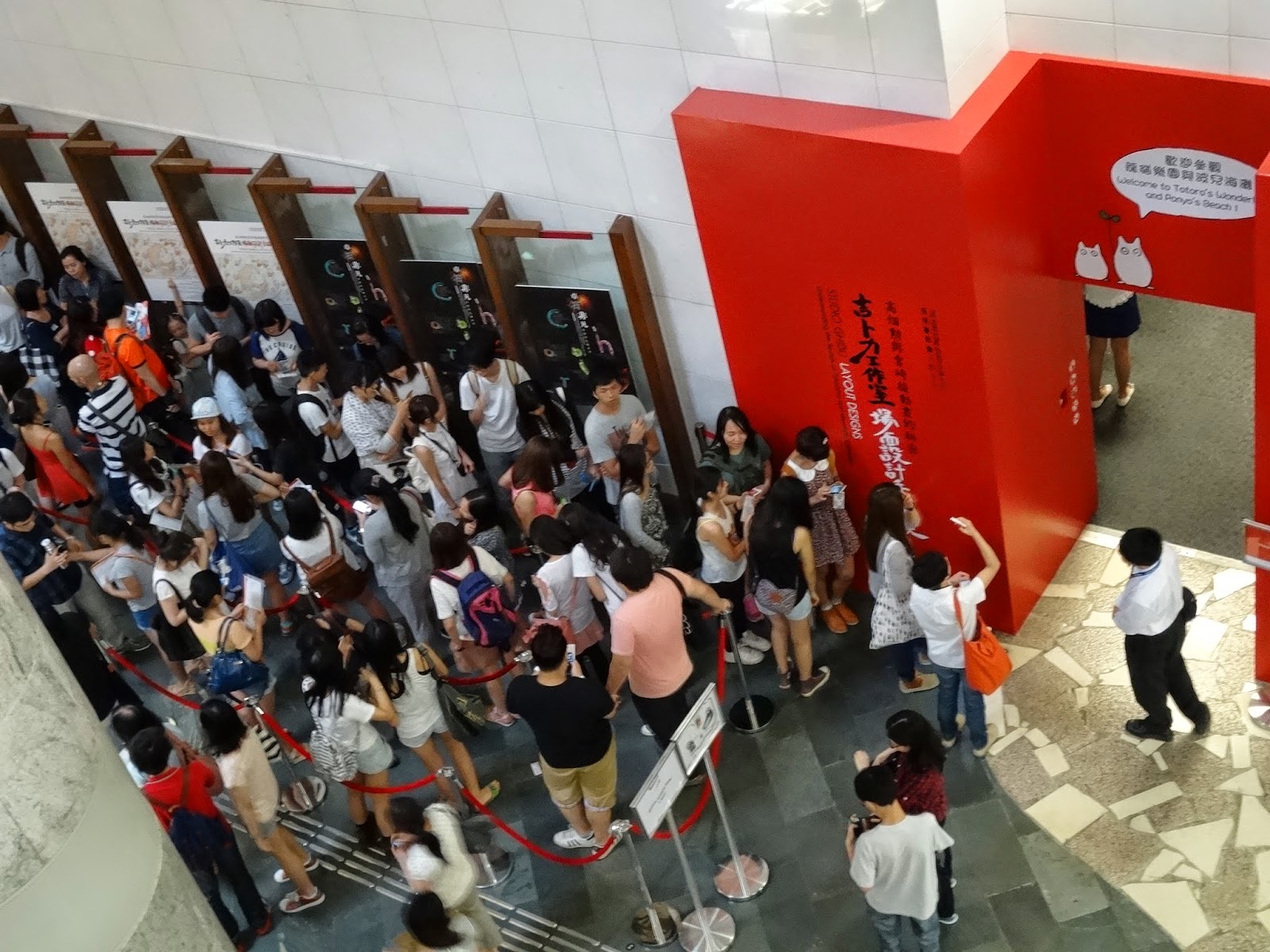 Puppet Ponyo wanted to go to Ponyo's Beach and pose on O-Totoro's
tummy but couldn't deal with the required 1 hour wait to do so! ;(


After a dim sum lunch this afternoon, my mother (who arrived in Hong Kong yesterday), Puppet Ponyo and I went over to the Hong Kong Heritage Museum to check out the Bruce Lee: Kung Fu-Art-Life special exhibition (which runs through to July 2018) and another one on Studio Ghibli Layout Designs: Understanding the Secrets of Takahata and Miyazaki Animation.


Because the Studio Ghibli-themed exhibition opened only less than a month ago and also because of the popularity of the film company's creations in Hong Kong (particularly the characters known in Cantonese as Lung Mao (Dragon Cat) and Poh-yee), I decided to take a day off and go on a week day to try to beat the crowd.  So imagine my shock and horror when, upon getting to the museum, I was sent outdoors to join a long queue consisting of other people who also wanted to purchase exhibition tickets for that day!

Worse was to come when after getting the tickets, I saw that there was a projected one hour long wait to take photos on Ponyo's Beach and Totoro's tummy!  But while my initial sight of -- and experience inside -- the exhibition area also was not promising at all, I did eventually discover that the crowd in there actually did move about fairly quickly and also that the exhibit area also wasn't uniformly overly-crowded -- as had been the case with the first room of the Picasso special exhibition that also was held at the Hong Kong Heritage Museum.


Although the art work on display could have been displayed in a better, more imaginative way (and, as my mother pointed out, it really would have been nice to have piped music from the films to enhance the overall sensory experience in the exhibition areas), there's no hiding their beauty as well as great amount of work that was put into creating them.  And to be fair, there also were nice touches in the form of video interviews with both Hayao Miyazaki and Isao Takahata, and a couple of creatively designed spaces including a Spirited Away-themed "Hallway of Infinity".


Something else I also appreciated is that while photography was not allowed in the actual exhibition spaces, the outside corridors near them were lined with images from Studio Ghibli films and consequently effectively functioned as photography spaces for visiting Studio Ghibli fans.

Especially considering that admission to the Studio Ghibli special exhibition along with the Bruce Lee special exhibition as well as the permanent exhibition galleries of the museums cost just HK$20 (~US$2.58), it's really hard to seriously complain -- and not consider it to be a real bargain of an experience to boot!
Posted by YTSL at 11:23 PM

Wow and more wow! Puppet Ponyo looks good and I'm glad she was with you.
So many people...and on a weekday too.

HI YTSL -- It's called summer holidays...! But glad you got to see it. Sounds like it wasn't too bad?

I think Puppet Ponyo was happy to be out and about in Hong Kong... and to see so much love for Ponyo at the museum. And yeah, so many people...

Not all of the schools have broke up for the holidays yet, have they? In any case, there were lots of adults at the exhibition, and waiting to take their photos on Ponyo's Beach and Totoro's tummy! And ya, I'd like to have been with a smaller crowd but did like seeing all that love for the Studio Ghibli creations. :)

Thanks for that info! I think I couldn't quite believe that a special exhibition would run that long, so just saw "July 20" for the closing date and leapt to the conclusion that it was 2014. Have duly amended the info in my post. :)

So how was the Bruce Lee exhibition?

I think the Bruce Lee exhibition is excellent -- and better designed, in fact, than the Stdio Ghibli exhibition! Lots of great info on Bruce Lee, items on exhibition and videos (of people's remniscences of him but also stills from his movies, including those of him performing the chachacha). Highly recommended for if you happen to visit Hong Kong. :)

Make sure you come over to Hong Kong before July 2018 now! ;b