On more than one occasion now, I've had to help out people who had got lost after venturing into the Hong Kong countryside without a countryside map.  Suffice to say that I'm a great believer in having maps about one when out in the countryside, or even urban parts of the Big Lychee.

However good I generally find the countryside maps to be though, there have been a few times now when I've reckoned that trails that are dotted (meaning that they're "difficult/indistinct or seasonally overgrown) should be classified instead as "major/easy walking".  In addition, there also have been times when trails marked as being easy and/or distinct turn out to be anything but that!

The worst case I've encountered thus far has got to be the badly overgrown trail leading up Tung Lung Chau's highest hill.  And while the trail marked as solid between Tung Chung and Tai Ho Wan wasn't even half as difficult, parts of it also were rather undistinct -- leading the two friends I was hiking with and I to do such as walk across dry river beds to stay on course on our way to the well-marked Olympic Trail that finally got us down to Mui Wo via the Silvermine Cave and waterfall areas! 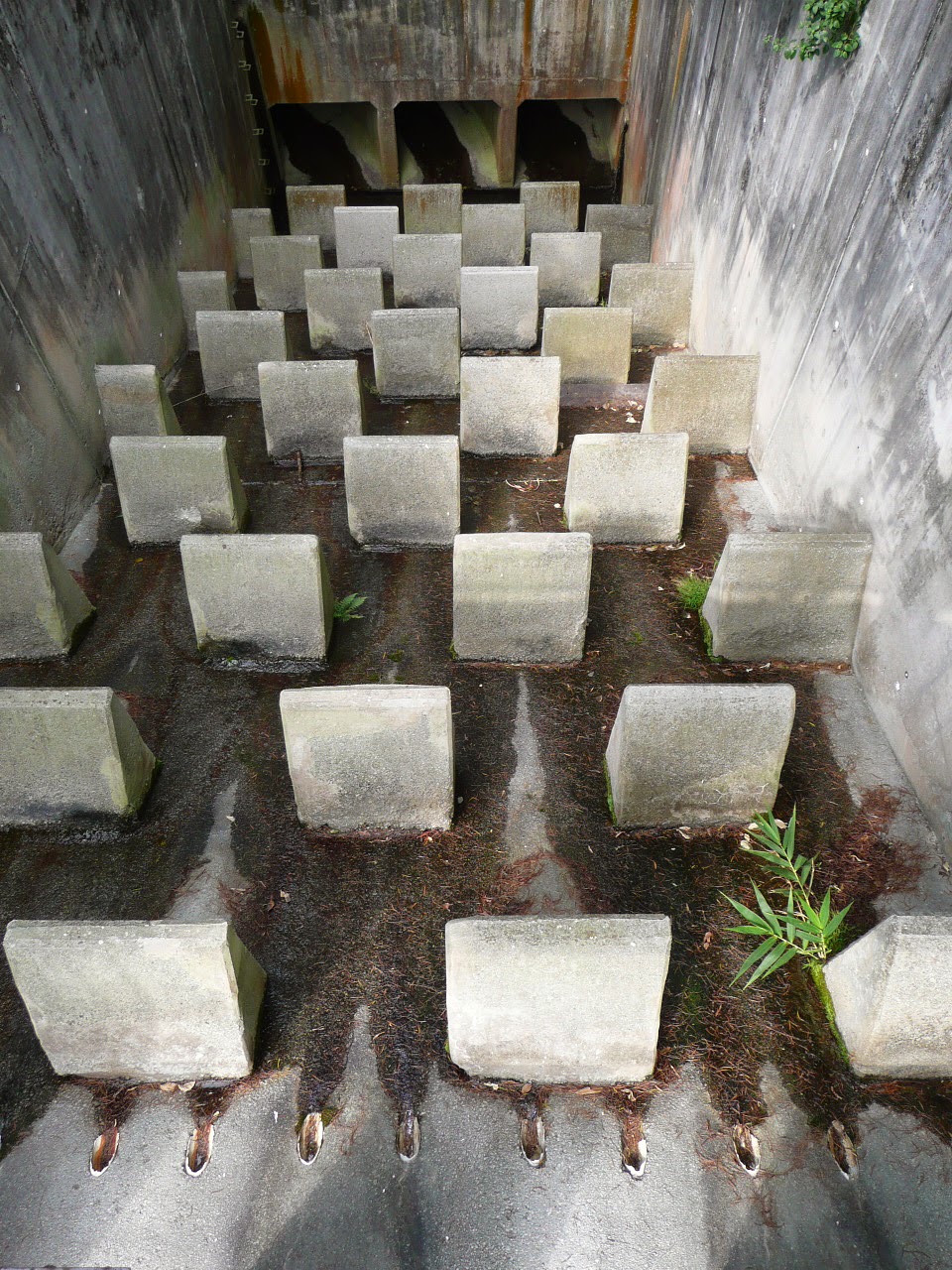 Maybe because I went on this hike on November 11,
these structures called up gravestones to my mind :S 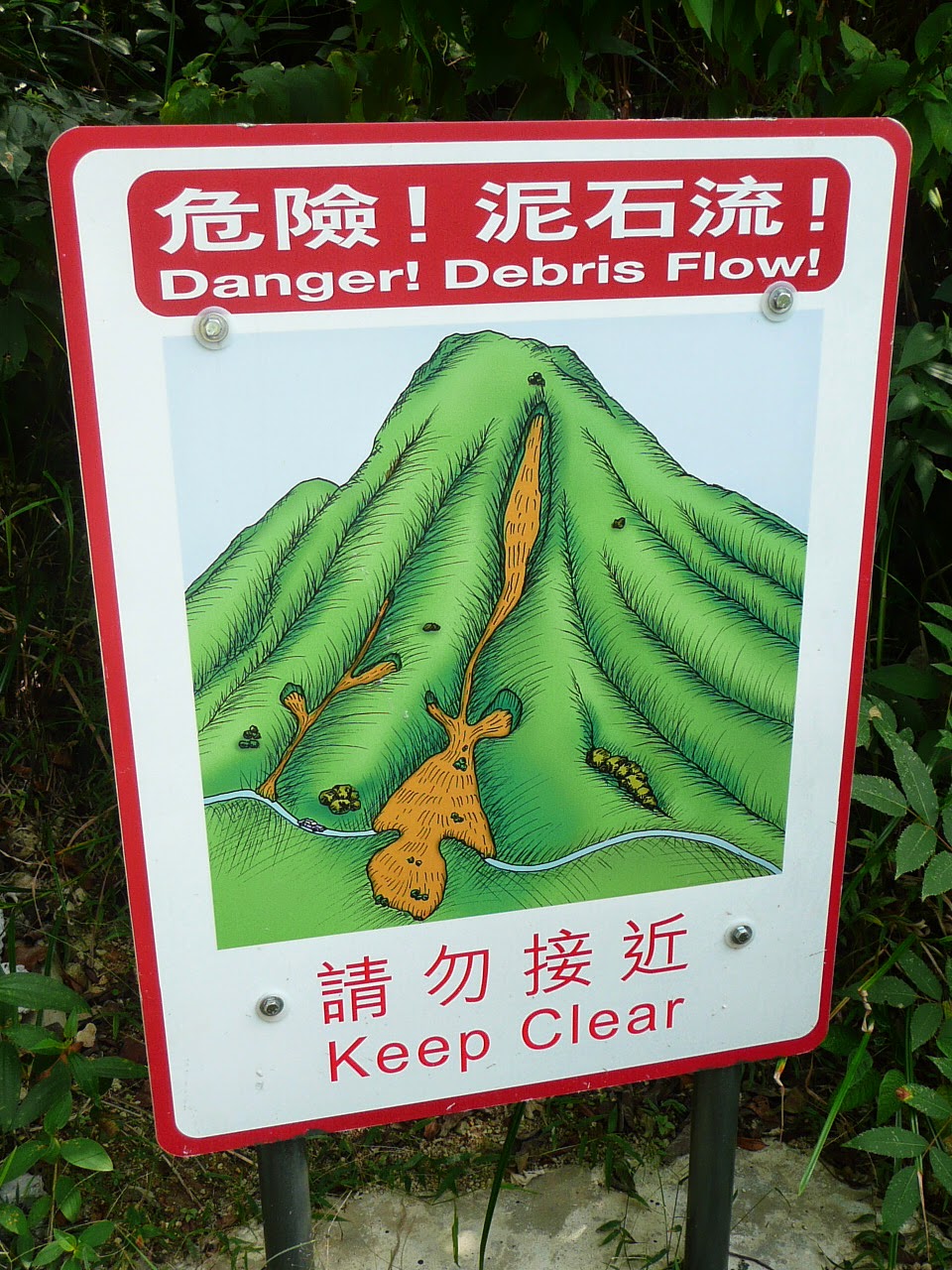 On a lighter note, the debris flow on the sign
got me thinking of a flattened squirrel! :O 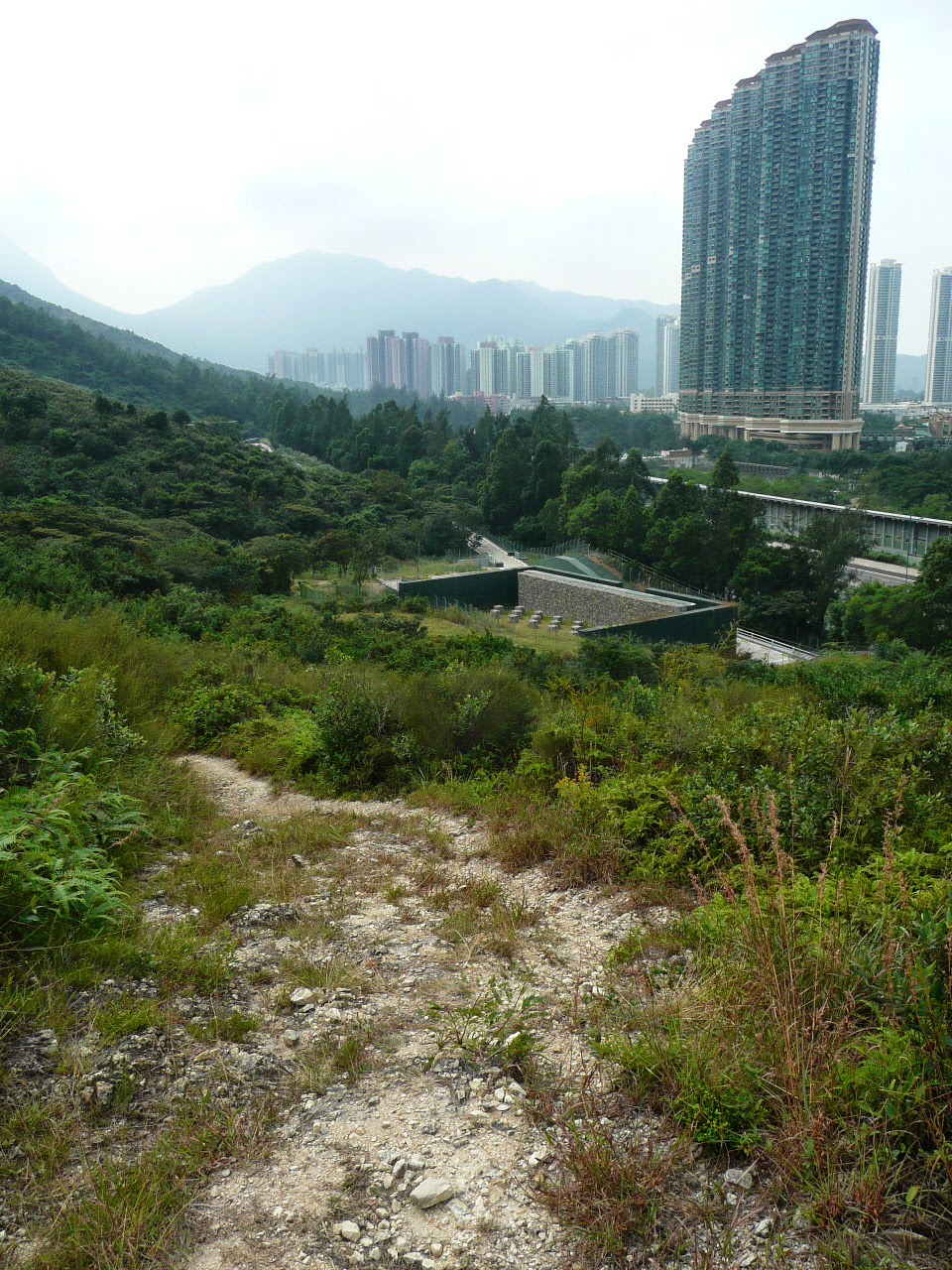 I wonder how many residents of Tung Chung, never mind
the rest of Hong Kong, know about this trail's existence? 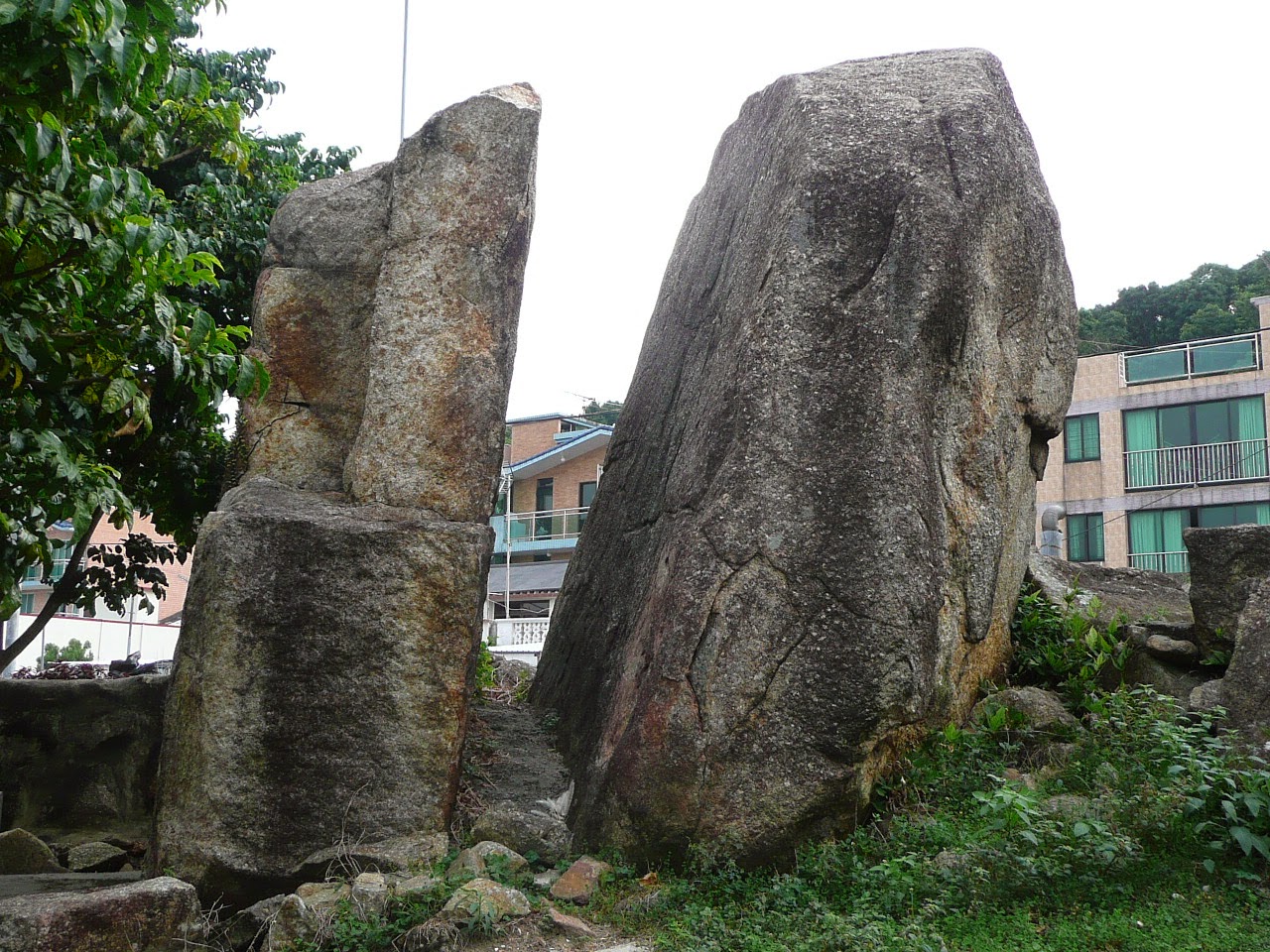 Proof that I'm not the only one with a vivid imagination: Pak Mong
village's Sword Testing Stone is so called because it's thought to
look like it's been cut into two parts by a super sharp sword :) 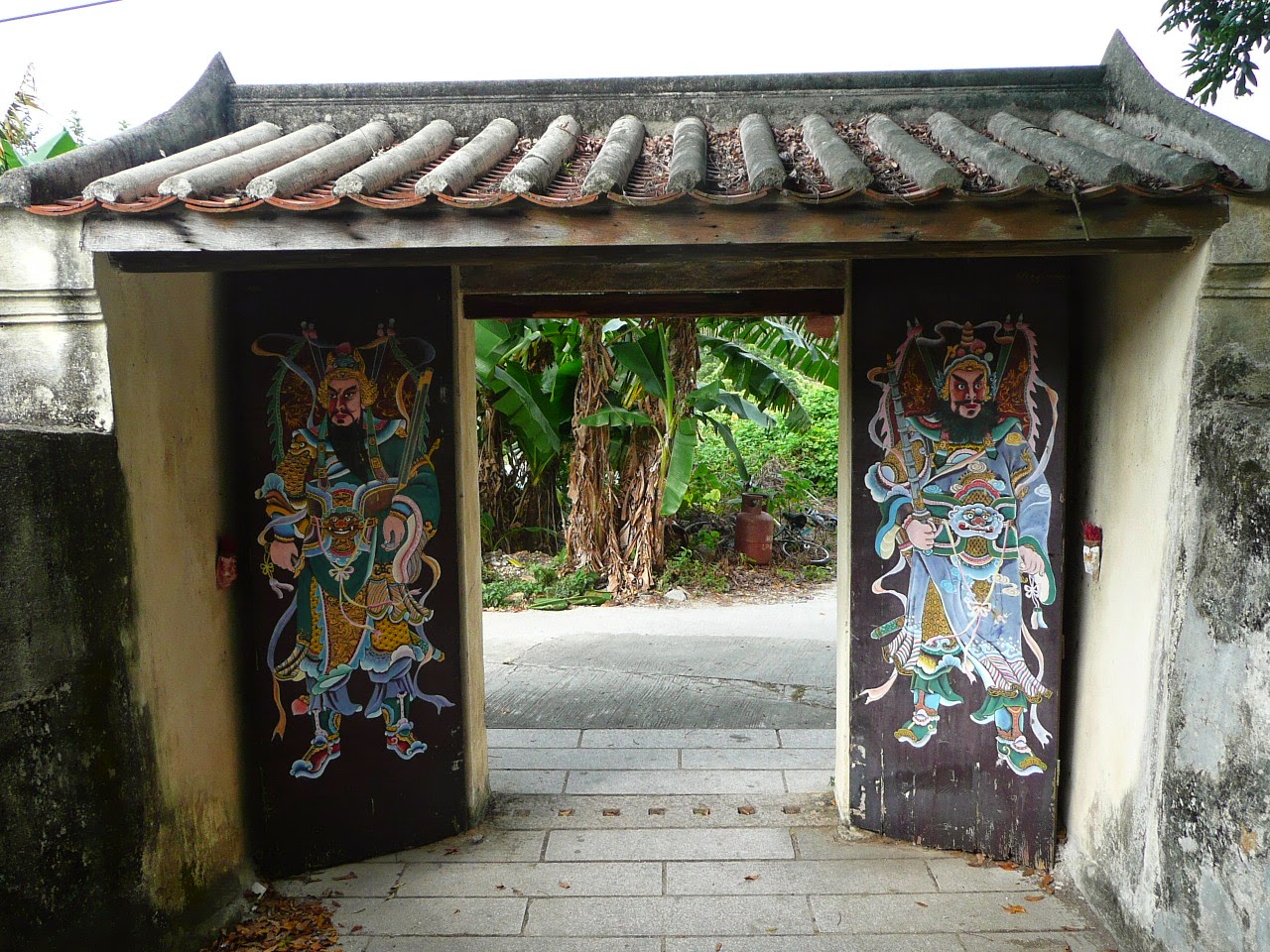 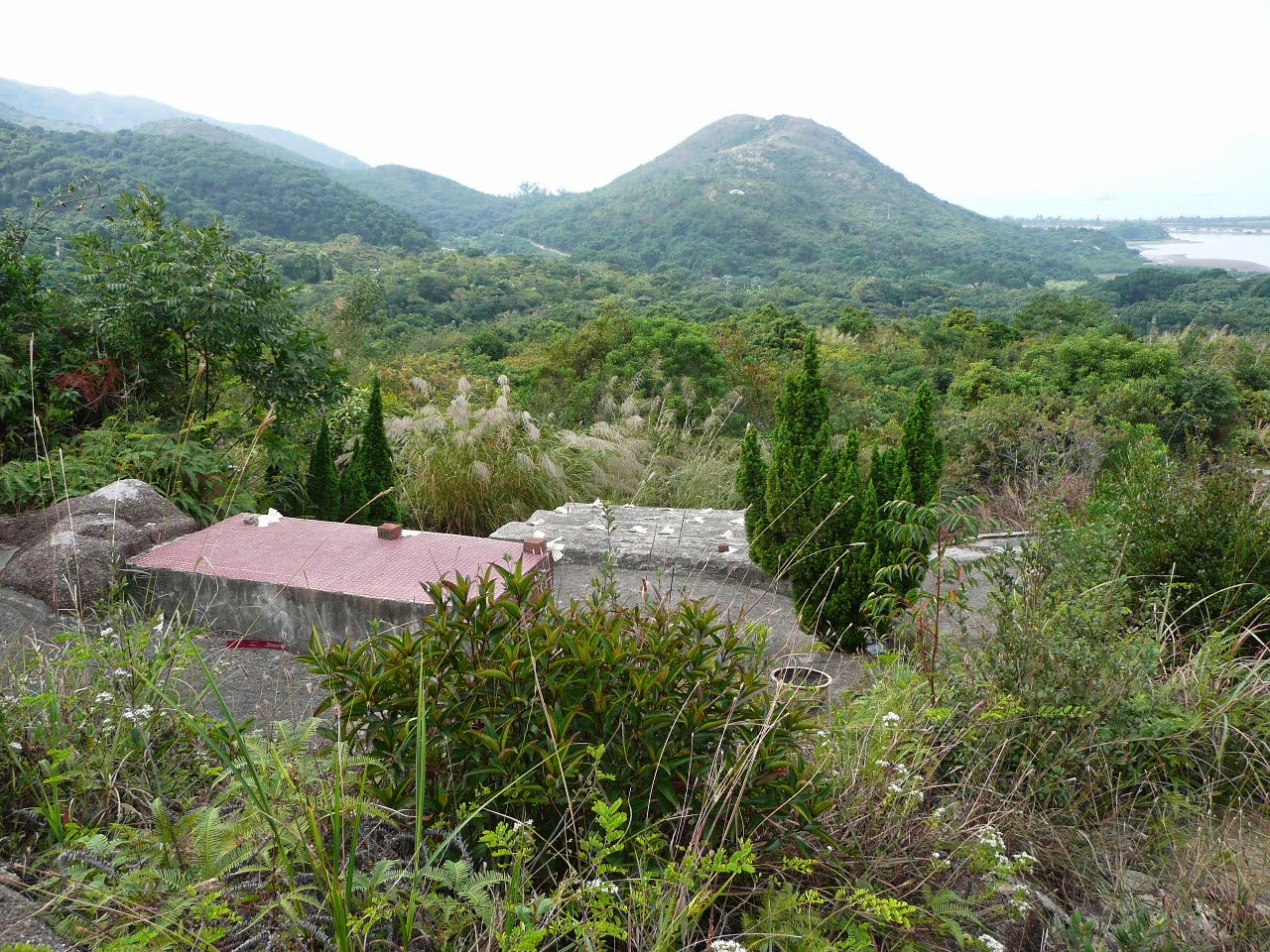 As a general rule: where there are graves in Hong Kong,
there will be fine views to be had! 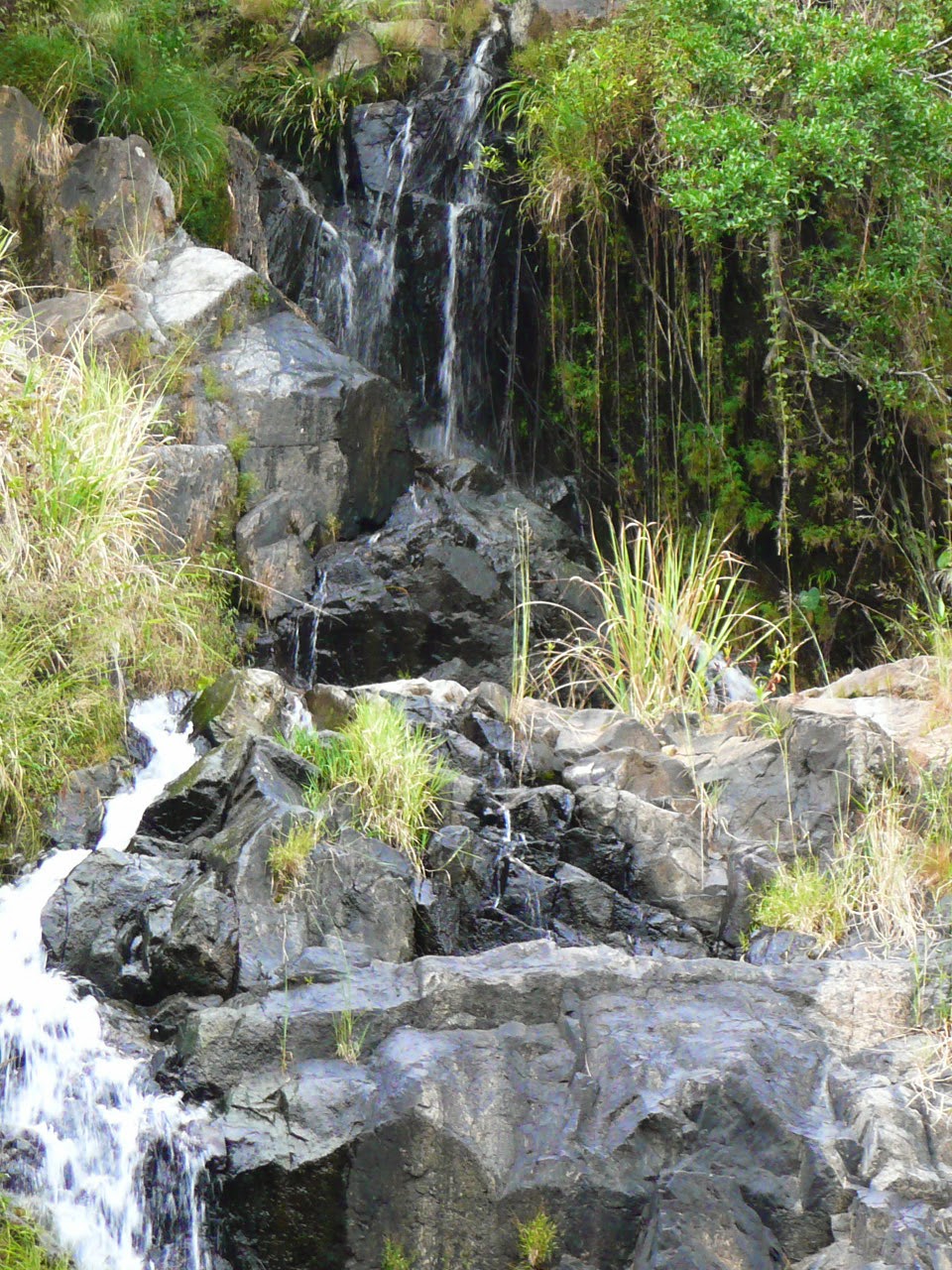 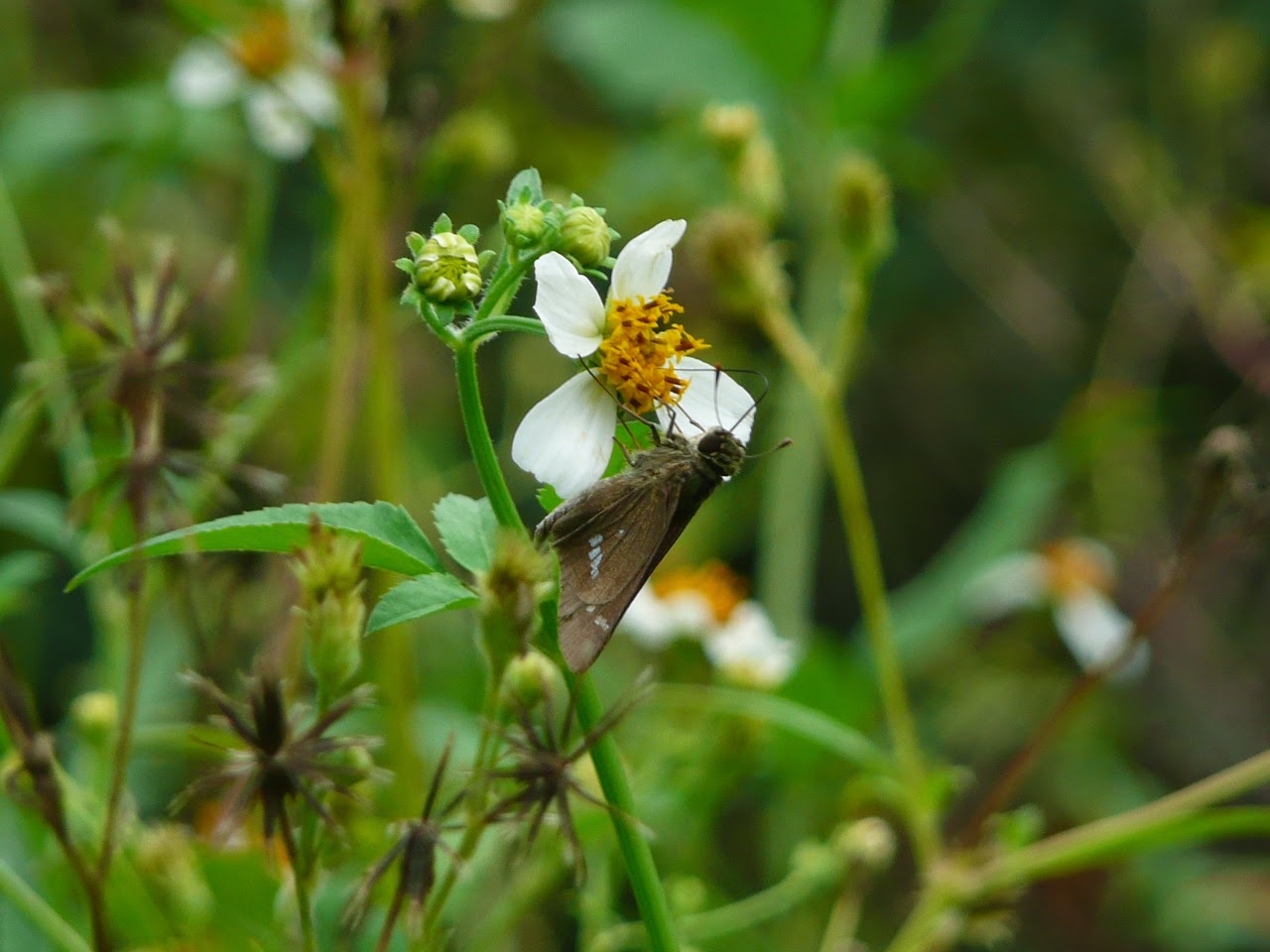 I got my best bug pic of the day close to the end of a hike that had
yielded far more views of graves and shrines than wildlife! ;b
Posted by YTSL at 7:45 PM

Ah, you were walking along the original route of the Tung Chung - Mui Wo Ancient Trail. I walked that Trail quite a few times back in the 1980's. It used to pass through quite a few villages but now only a few remains.

I'll see if I could re-trace the old routes on a map.

Thanks for letting me know that was the Tung Chung-Mui Wo Ancient Trail that I was on. It does still pass through betweeen Pak Mong and Mui Wo -- but there are few signs of inhabitation between Tung Chung and Pak Mong now.