Before anything else: Kong Hei Fat Choi and Happy New Year of the Dragon to this blog's visitors, especially the regulars among you (regardless of whether you are the commenting type or not ;b)! And if you're wondering, yes, I have done some traditional Chinese New Year stuff like visit the Chinese New Year Flower Market in Victoria Park, have dim sum lunch with a large group (though, in my case, it was friends rather than relatives) and go watch a Chinese New Year movie.

Additionally, as has become a tradition of sorts for me this time of the year, I went out hiking with friends. And, in fact, this year, I've actually went on two hikes rather than just one; the first on Chinese New Year Eve and the second -- which was quite a bit easier than the Cloudy Hill excursion -- earlier today! :)

But rather than post photos from today's hike, I'm electing to go back in time with this photo-essay to a brighter as well as less cold and damp day than today. More specifically, I'm returning via my photo archive to a day in December during which my regular hiking companion and I trekked along the 7 kilometer Pak Kung Au to Nam Shan section of the South Lantau Country Trail that I had been on a few years earlier with a couple of friends, during which hike we had lingered so much to enjoy the scenery that we ended up hiking in darkness for some of the end portion -- an experience I was determined not to repeat this second time around going along this eastern section of the official Country Trail! 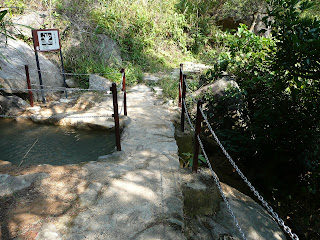 Although this hike was not one I'd consider dangerous
to undertake, it is along a trail with sections that
people should exercise care when going along them 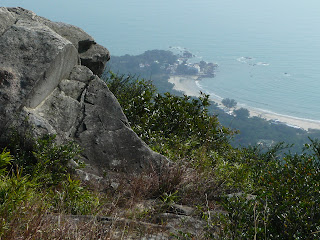 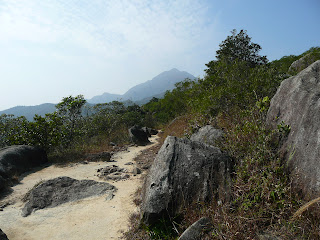 Looking back to Pak Kung Au (and, further
in the distance, the seriously intimidating
-- to me, at least! -- Lantau Peak) 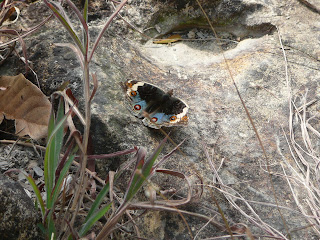 What bliss to come across and photograph
this male member of the blue pansy butterfly
species resting on a rock! :) 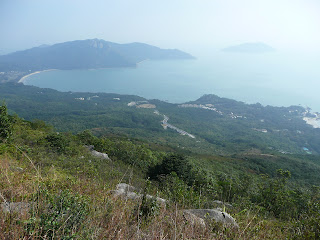 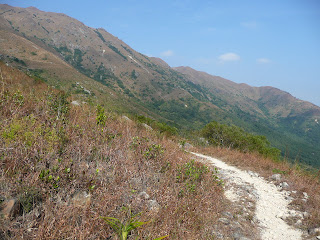 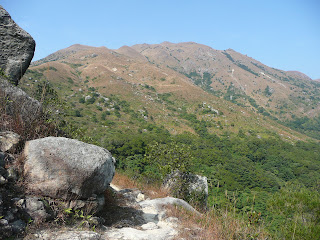 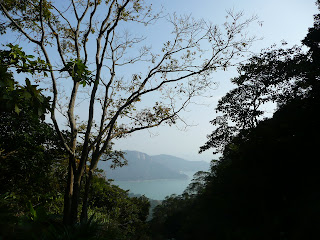 Believe me when I say that it's one of the things I treasure
about living in Hong Kong that I can regularly venture
into the countryside and be treated to vistas like this :)

Really beautiful photos, YTSL! It is always such a treat to get these glimpses of your hikes. And how lucky that you managed that shot of the butterfly, with his wings spread out so nicely for you. (I figure he must have been posing for you.)

Happy Chinese New Year to you, too! I'm glad you have enjoyed some holiday traditions.

Am glad you like the photos -- and do please note: some hiking trails in Hong Kong *are* indeed unpaved... ;b

And thanks for the Chinese New Year wishes. Can always do with some more of those. :)

Happy new year of the dragon to you too. Teehee re your comments about the butterfly. It's beautiful, isn't it? :)

You went to see The Chinese Feast? I LOVE that one!!!

I failed to mention, beautiful photos.

I've seen "The Chinese Feast" on a big screen... but years ago, at Subway Cinema's fest in New York. Instead, this week, I've only seen a newly released Chinese New Year movie... ;b

Hi YTSL! 龙年快乐！ Best wishes for a happy and healthy Year of the Dragon filled with good food, good hikes, good movies, and the company of family and friends. :D

Thank you for your good wishes -- and hope you have a great Dragon year filled with your favorite things and people too. :)