The modern and traditional - both in Tokyo (photo-essay)

Is it coincidence or what? One day after I wrote my first blog entry post my most recent Japan trip, The Guardian ran a travel piece extolling the virtues of traveling in Japan.

While I wouldn't go so far as to say that I found any place I went "eerily quiet", it's true enough that I often got the impression that I was the only foreign visitor in many of the places that I went to on this recent holiday. But it also was the case that on my first full day in Japan, I visited famous Tokyo landmarks -- and (consequently) found lots of other people besides myself around and about in the area.

At the same time, I have to say that the crowds never did get in the way of my appreciating the places I visited -- and how it was that in the course of just one day, I got to feel like I was going from a visually futuristic 21st century back to a more traditional Japan! More specifically, I spent the morning in the skyscraper business district that is Nishi-Shinjuku and the afternoon in the central shitamachi ("low city") that is Asakusa; two such physically contrasting spaces that it can almost come as a shock to realize that they are both part of the same city!! :b 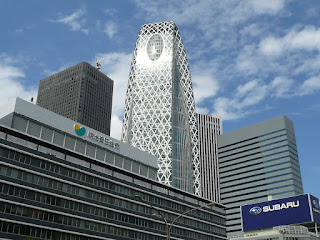 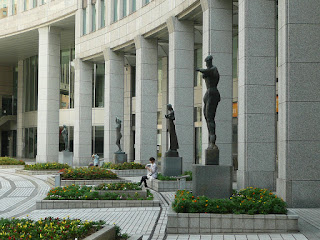 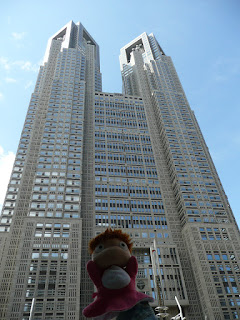 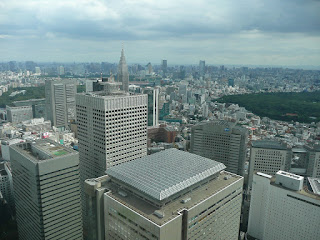 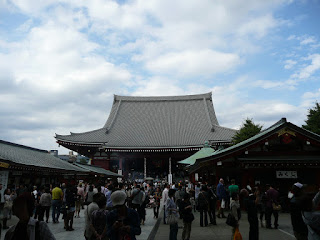 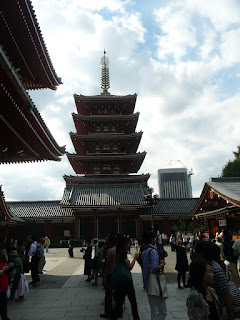 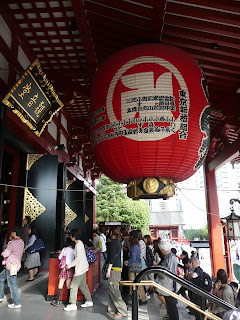 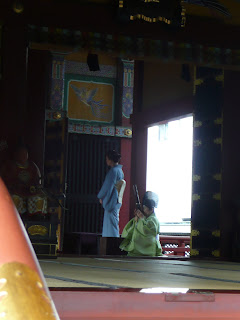 Amidst all the noisy bustle, some people look
as if they are in another world and time from
the milling others just a few meters away

I had that same sense of traditional and modern when I was in Shanghai a year ago. Maybe you only get that in old cities...in the US, it seems like all the traditional gets destroyed for modern...whatever traditional was anyway. Where there is something tradtional, like Colonial structures, they are just museum pieces, not functioning in any way.

You're making me want to go to Japan.

Hmmm... I think the functional traditional *can* be found in the US -- on its east coast and in the south. But I also know what you mean by many places having become mere museum pieces.

Re Sensoji: there's been a temple at the site since 628 AD but many of the larger buildings were actually constructed after the second world war as the older buildings did not survive the Tokyo bombings. At the same time, there definitely is a sense of the traditional about them -- and that they are the latest in a long line that stretches back far into the past.

And hooray re my making you want to go to Japan. I really do think it's a great vacation destination! :)

Hi YTSL, I have enjoyed reading your posts from your recent trip to Japan. I would love to visit someday. I would find it so interesting to see the mixture of modern and traditional. Thanks so much for sharing both your photos and experiences.

Thanks for not restricting yourself to my Photo Hunt entry and checking out my other posts. Am glad you enjoyed them -- and yes, there will be more Japan-centric posts to come. :)