The first year I was in Hong Kong, I went on what I've come to think of as the hike from hell -- during which I wondered whether I'd need to get a helicopter to come and rescue me.  Before I got to the stage of the excursion where exhaustion and terror began to kick in though, I remember reaching a point in the hike called Buffalo Pass and thinking it was a lovely place that I'd like to go back to at some time in the future.

But because that part of Hong Kong is pretty remote, it wasn't until years later that I was in the area again.  And as it so happens, it was on a hike that began at the foothills of Tsz Wan Shan and only ended at Mau Ping New Village at the southeastern end of the Ma On Shan Country Trail, on a day that saw me record more than 25,000 steps on my pedometer!  But even though it was a lengthy and exhausting trek, it really felt worth it this time -- and enjoyable too; what with the diverse scenery we passed through and viewed along the lengthy way that grayish but still pretty pleasant afternoon... ;b 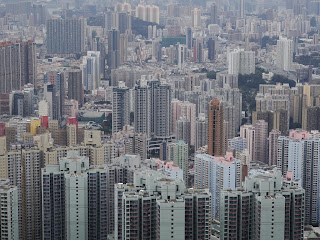 From the Kowloon Hills, one gets a pretty good idea when
gazing southwards of how densely urban parts of Hong Kong is! 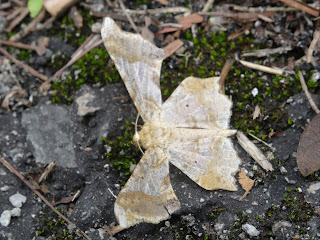 At the same time, on the trail itself, one is liable to
spot -- and, if not, accidentally step on! --
delicate winged creatures like this one ;b 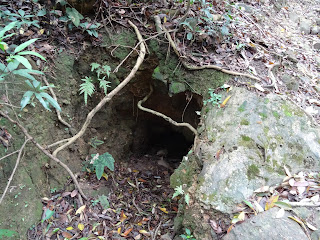 Part of the route my hiking buddy and I went on that afternoon
overlapped with the War Relics Trail, along which could be seen
such as some caves that the Japanese military had dug in the woods 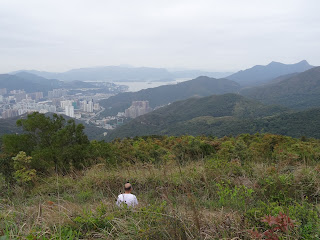 As the trail wended its way northeastwards, great views
like this of Shatin and the surrounding hills revealed themselves :) 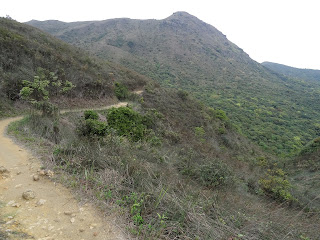 In just a few hours on this hike, we had gone from
urban Kowloon to the ruggedly green New Territories! 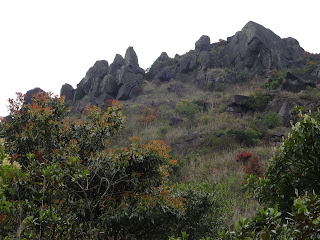 As we approached Buffalo Pass, we caught sight of these
rock formations that looked rather intimidating! 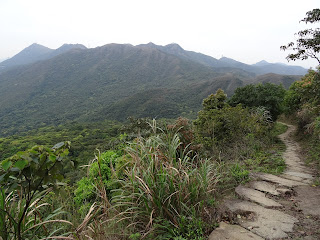 At the same time, when looking back, we already felt
quite a sense of achievement from realizing
how far we already had gone at that point :) 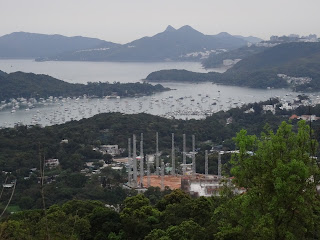 Upon catching sight of yacht-filled Hebe Haven,
we knew we were back in familiar territory
-- and close to the hike's end :)
Posted by YTSL at 11:59 PM

The hills look so mountainous and exhausting. A city girl like me would be overwhelmed by it and likely get lost here. haha....

I definitely would advise against going on this hike if you're a novice hiker -- and even for non-novices, it'd be best not to go on this trail alone... ;)