There's a report in The Guardian today about this past February having broken global temperature records by a "shocking" amount.  But Hong Kong continues to experience unusually cold temperatures; with last month having been a cooler February than usual in this part of the world and the attendees at the 2016 Hong Kong Flower Show (which began last Friday and runs through the 20th of this month) consequently having more layers of clothing on than at the Hong Kong Flower Show last year.

Visitors to this year's edition of the floral extravaganza also have had to protect themselves from the rain at times.  But while the sky was on the gray and cloudy side when I went over to check out the cool and colorful sights on view at Victoria Park earlier today, I didn't have to take my umbrella out of my backpack.  Consequently, my hands were free to hold on to my camera and take lots of pictures with it, including the following:- 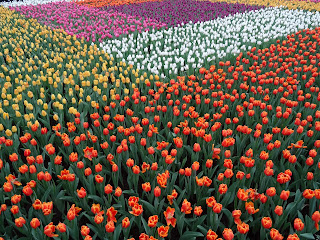 The Hong Kong Flower Show is where people get to
feast their eyes on colorful flowers galore :) 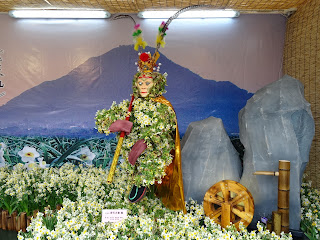 What with it being the lunar year of the monkey, of course there'd be
depictions of such as the Monkey King about the place! ;b 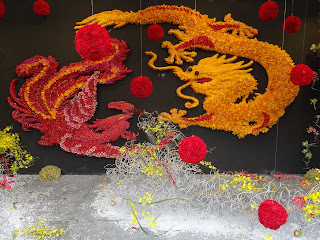 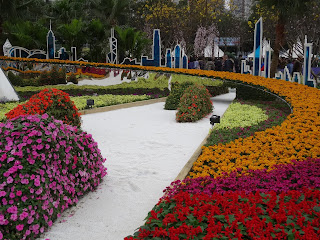 Lest we forget where this flower show is situated, here's including
a representation of the city's iconic skyline in the frame ;) 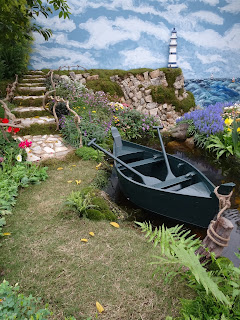 Some of the other exhibitors opted to depict idyllic landscapes
that look like they belong more in the West though! 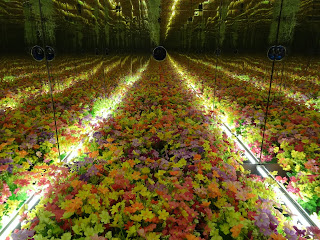 As far as I was concerned, this creative display which made
wonderful use of mirrors came straight out of fantasyland! :) 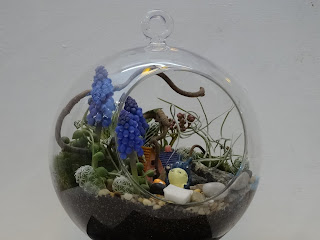 Speaking of fantasy: a tiny Totoro had a place in
a cute miniature bonsai arrangement :b 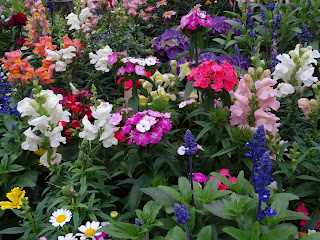 All in all, it was great to see so many beautiful flowers
in bloom despite the cooler than usual temperatures for March :)
Posted by YTSL at 11:38 PM

These are fantastic shots of this flower show. Thanks for sharing them here. I will also be attending a flower event very soon at one of local Chicago venues. I truly want to attend a flower show since a long time and glad getting this opportunity now.

I'm glad you like my flower show pics. Hope you'll have a good time at the Chicago area flower show you're going to. :)