I've to be honest and say that I can count with my fingers the number of times I've been out to Tuen Mun.  But among the reasons that I have to head out there is to begin a hike since there are a number of trailheads in the area -- or, in the case of the Maclehose Trail, Tuen Mun is where the 100 kilometer trail comes to an end.

Thus it was that two friends and I ventured out to Tuen Mun on what turned out what was a fairly rainy afternoon to start with to tramp along several kilometers of hiking trail.  Happily, not only did it turned out to be pretty okay weatherwise later on but we actually had a fun time checking out a part of Hong Kong we hitherto had not been on, and viewing certain areas from previously unfamiliar vantage points and angles! :) 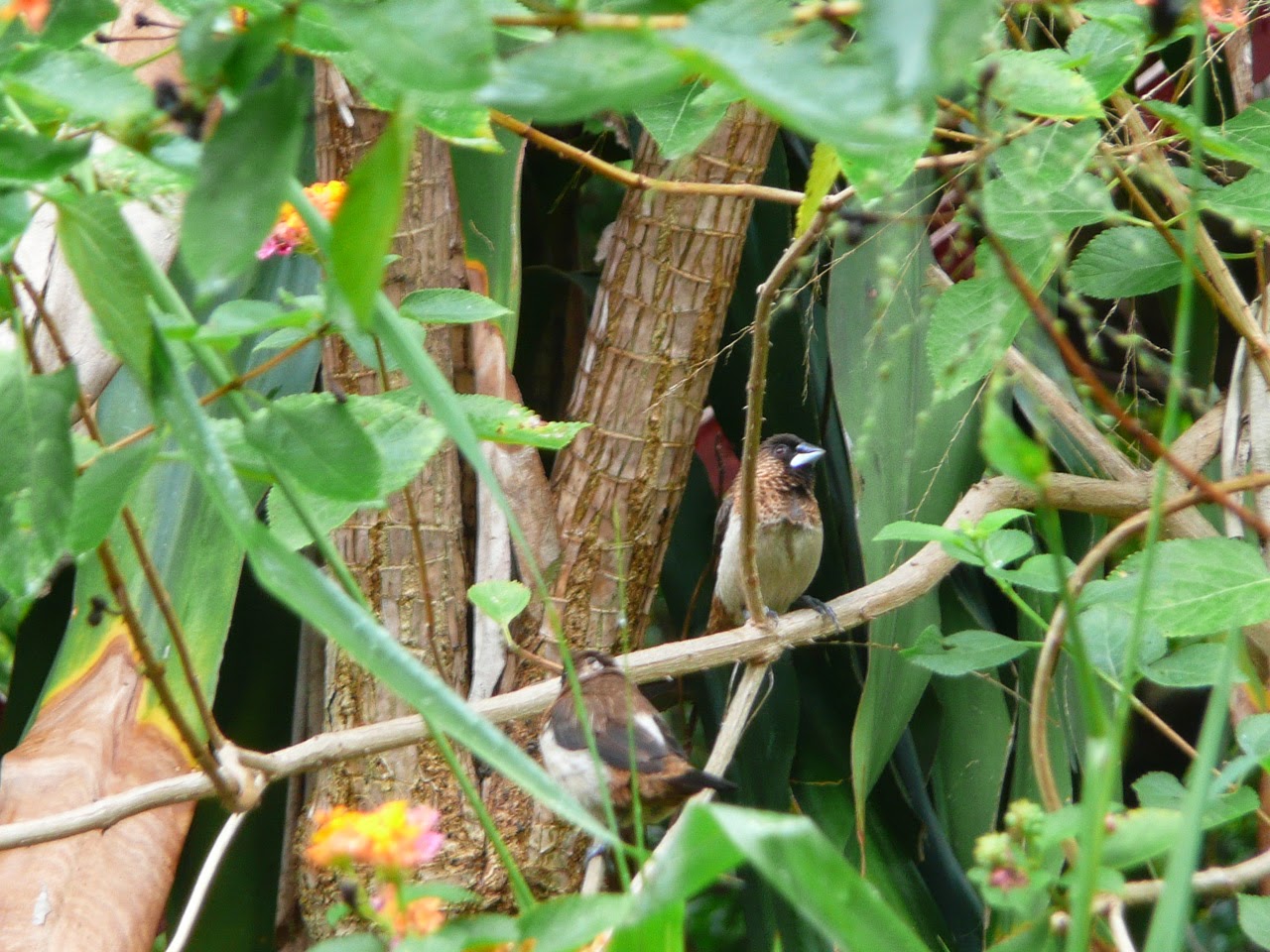 Soon after entering into Tai Lam Country Park from Tuen Mun,
I made my first critter spotting of the day :) 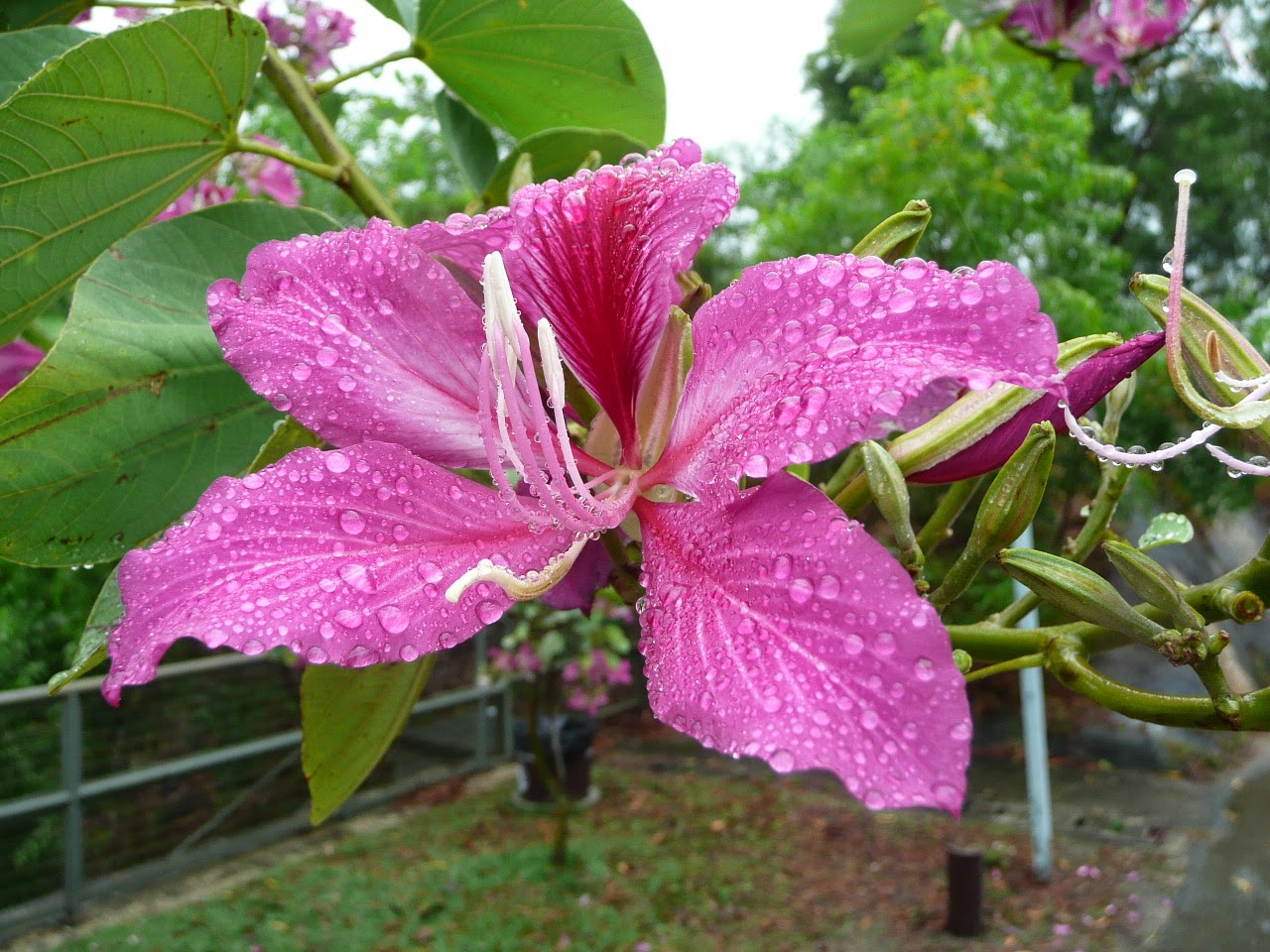 A colorful sight during the grayer part of the day  --
a Hong Kong bauhinia in bloom :) 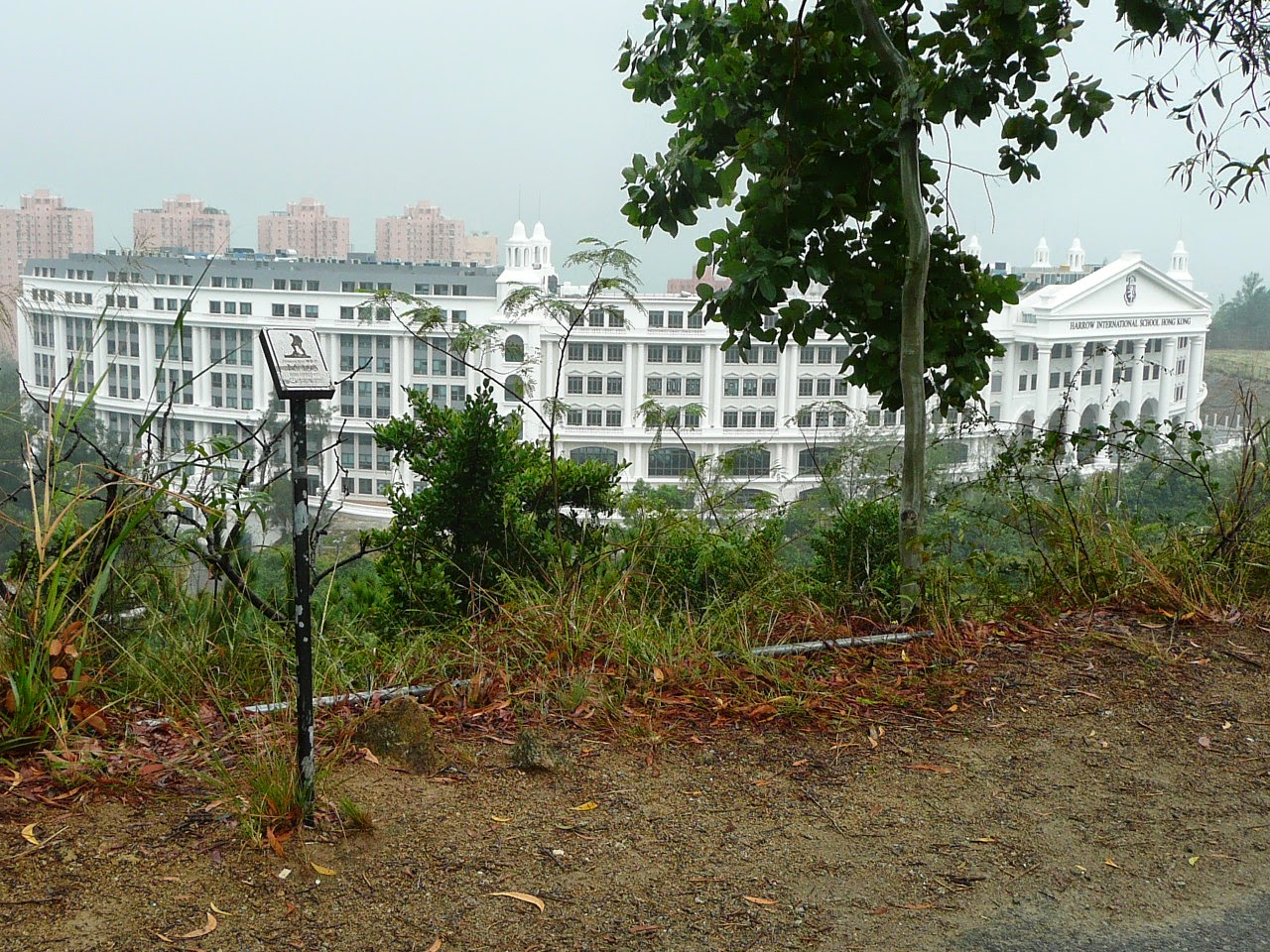 The imposing buildings of the Hong Kong branch
of Harrow school are not what one expects to see
while out hiking in northwest Hong Kong! 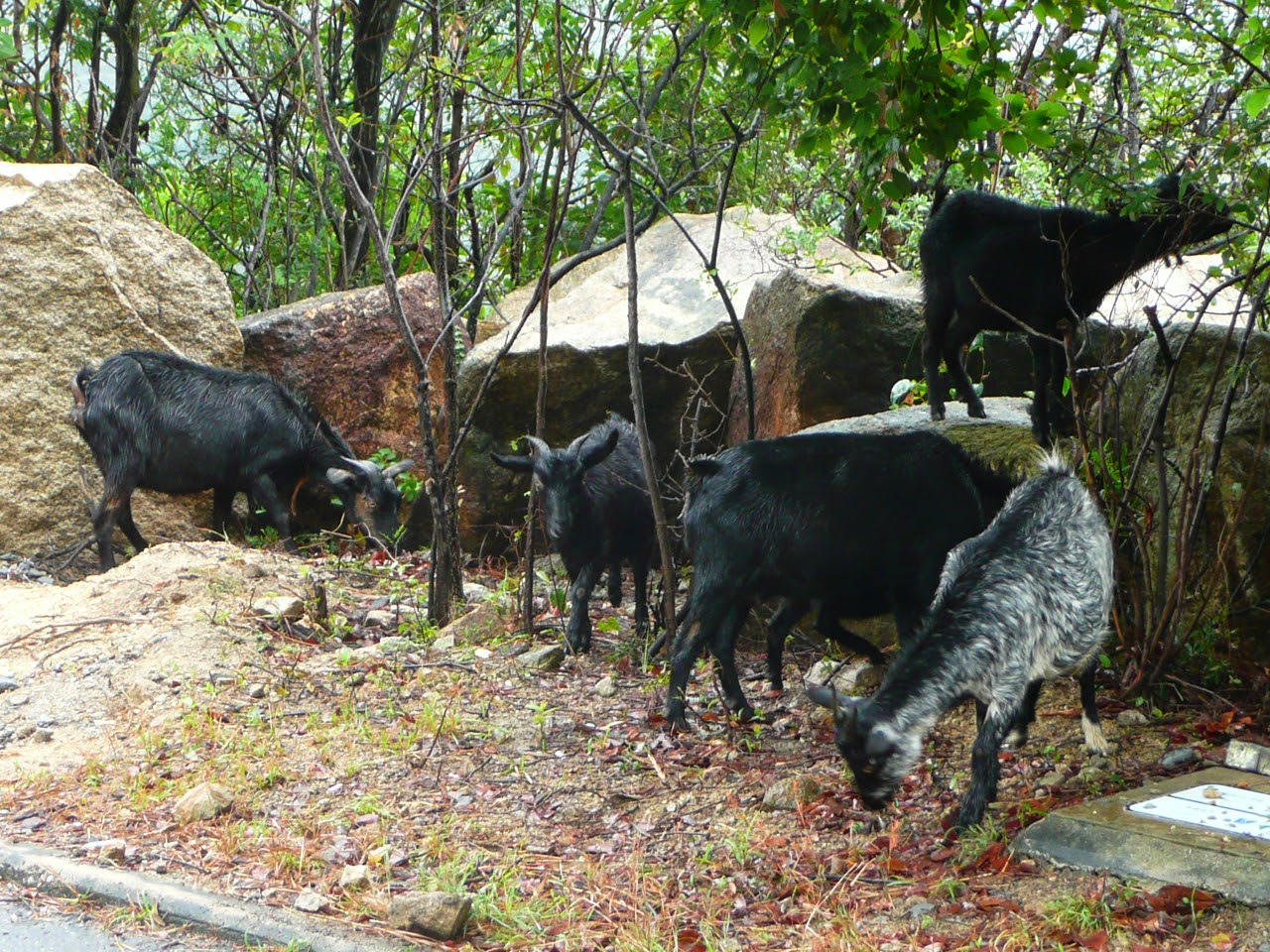 Also unexpected was the sight of these grazing goats! 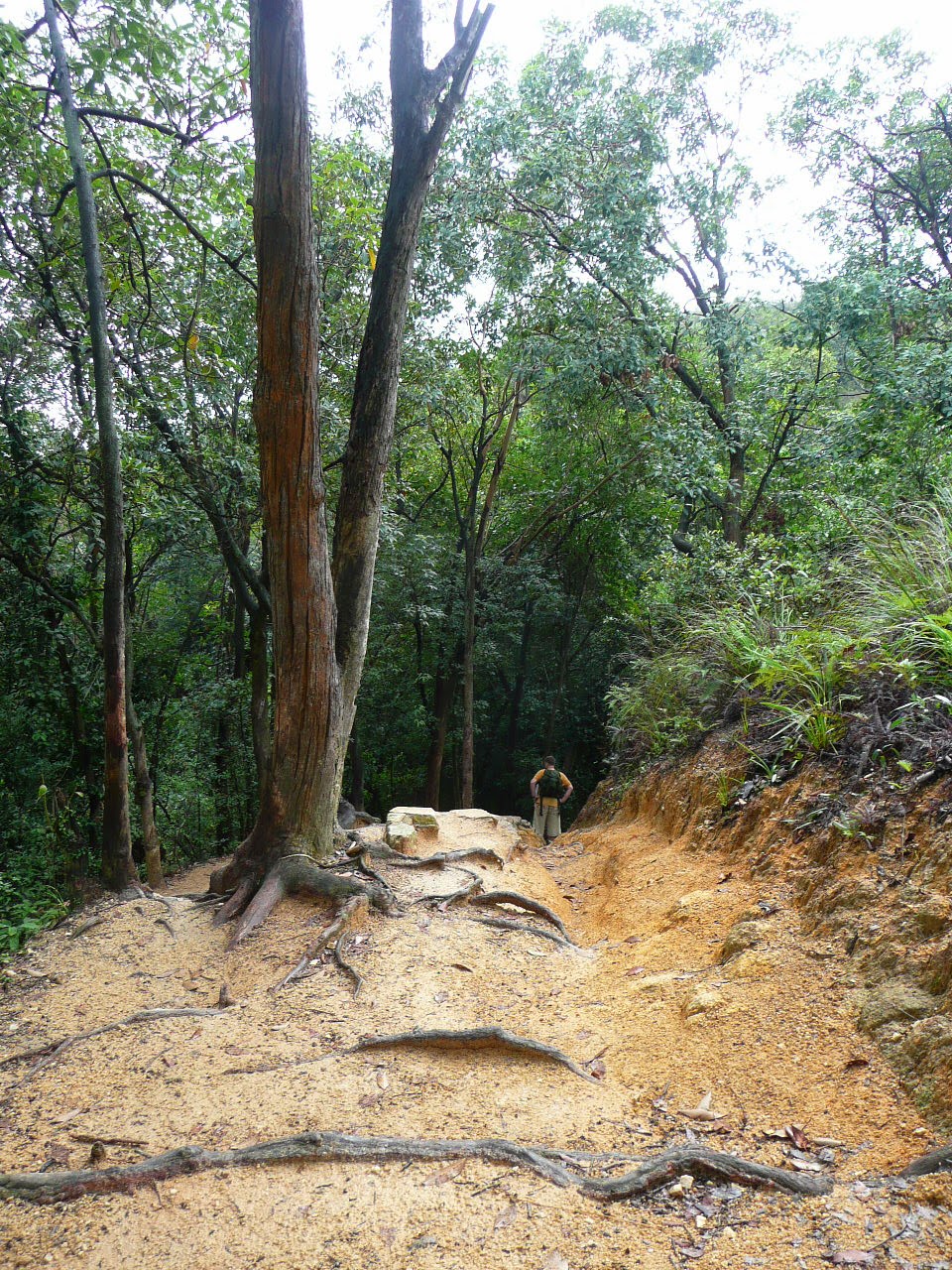 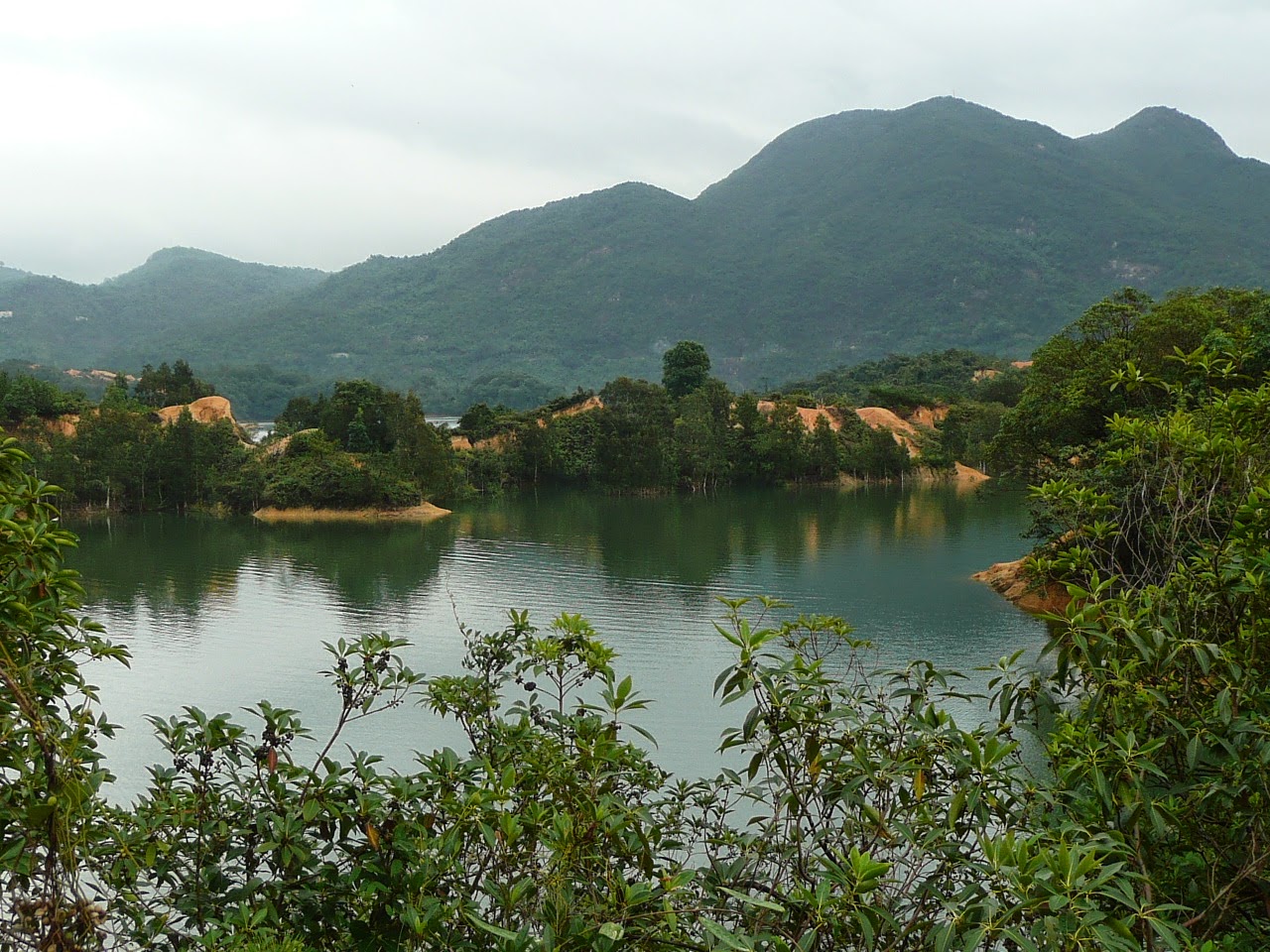 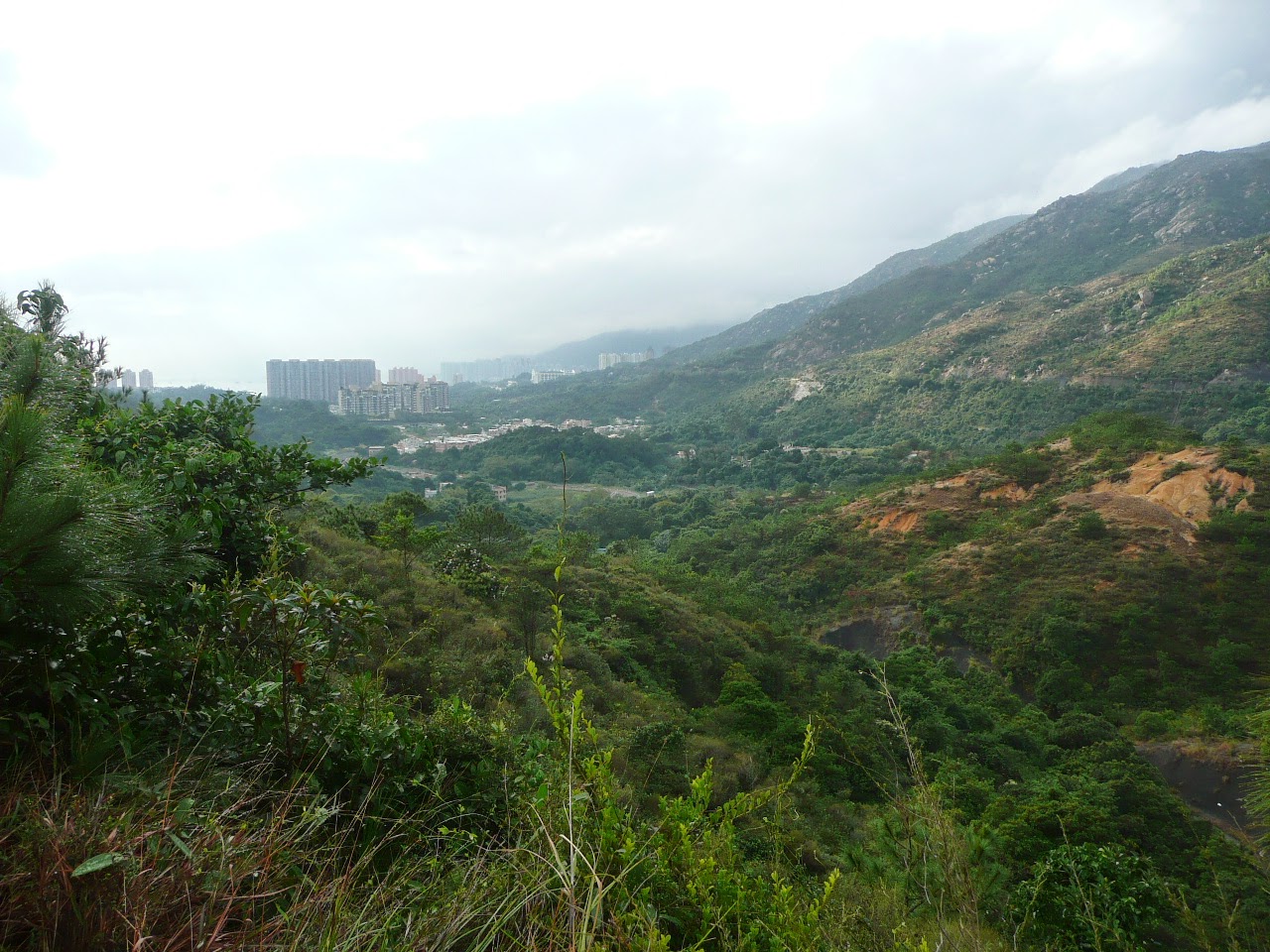 Later in the hike, the rain stopped, the sky cleared, and
we could see quite a long way -- including back to Tuen Mun,
where we had began our hike! 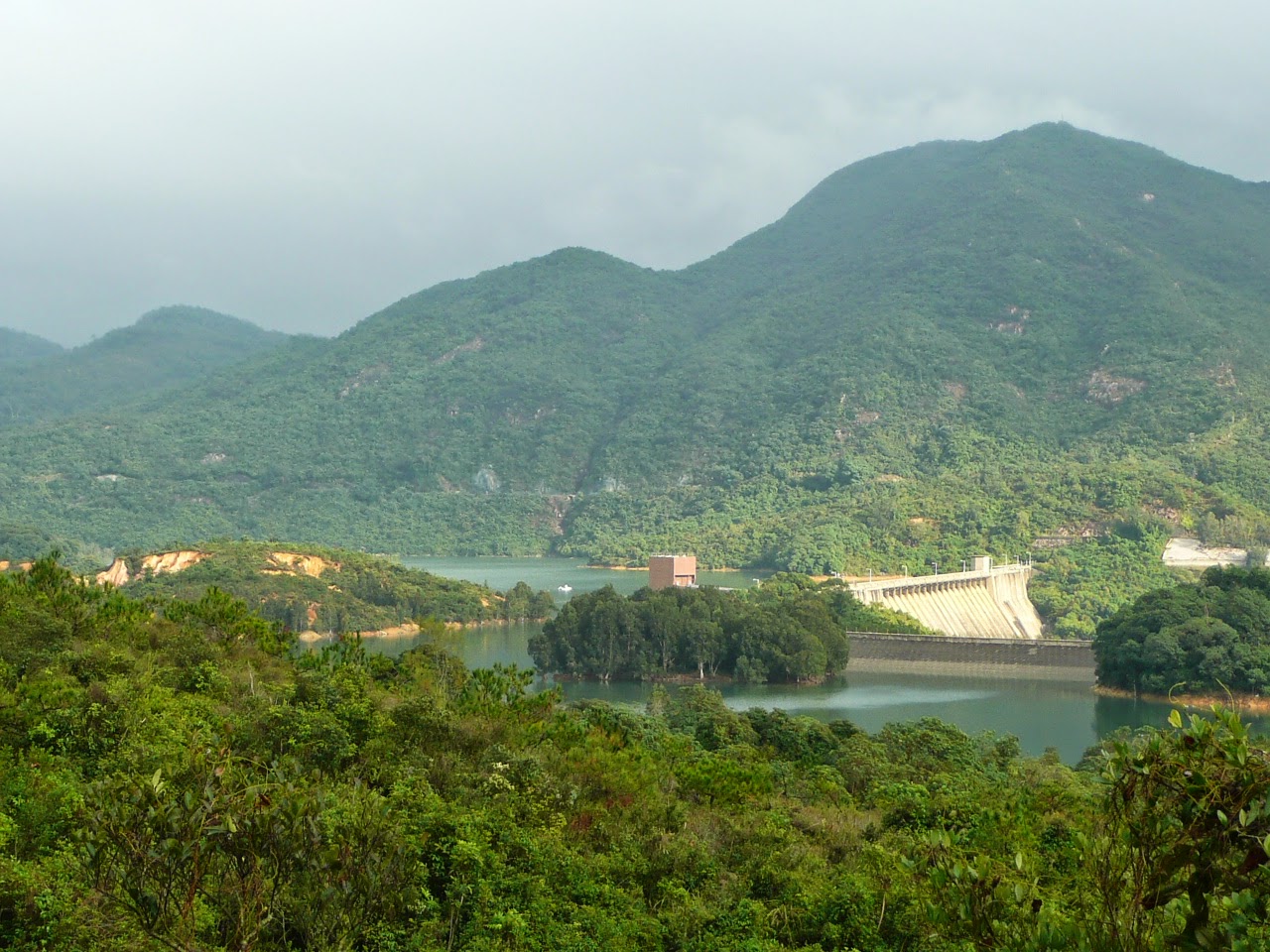 The weather conditions weren't great at hike's start but they
improved considerably by the latter part of our excursion :)
Posted by YTSL at 8:06 PM

Looks like a wonderful place to hike. The other day Hubby and I went to Lake Pend Orellie
It always good that the weather croprates http://www.peppylady.blogspot.com/2014/07/oh-there-so-much-beauty-here.html

It's not the most popular of places to hike but yeah, I liked it fine -- with bad weather but, of course, better in fine weather!