One super misty December day ago, a friend and I trekked up more than 500 meters above sea level to Lantau's Ngong Ping Plateau via the Ngong Ping 360 Rescue Trail.  Granted that it was the most scenic as well as easiest of hikes but I was surprised that my friend declared at hike's end that it was one of the most challenging and plain worst hikes he had ever been on.

For my part, I'm glad that I went on this hike -- and feel a real sense of accomplishment at having successfully gone on it (on the day that we did).  To be fair though, there were a few hairy moments --including when I saw a trail runner fall down and sprawl flat right in front of me on a slippery wooden section of the trail.

Also, this is not a trail I plan on going on again any time soon -- because in the winter, conditions are likely to be like the ones we encountered, and in the summer, it'd just be too hot on account of substantial portions of the trail not having much tree cover! ;( 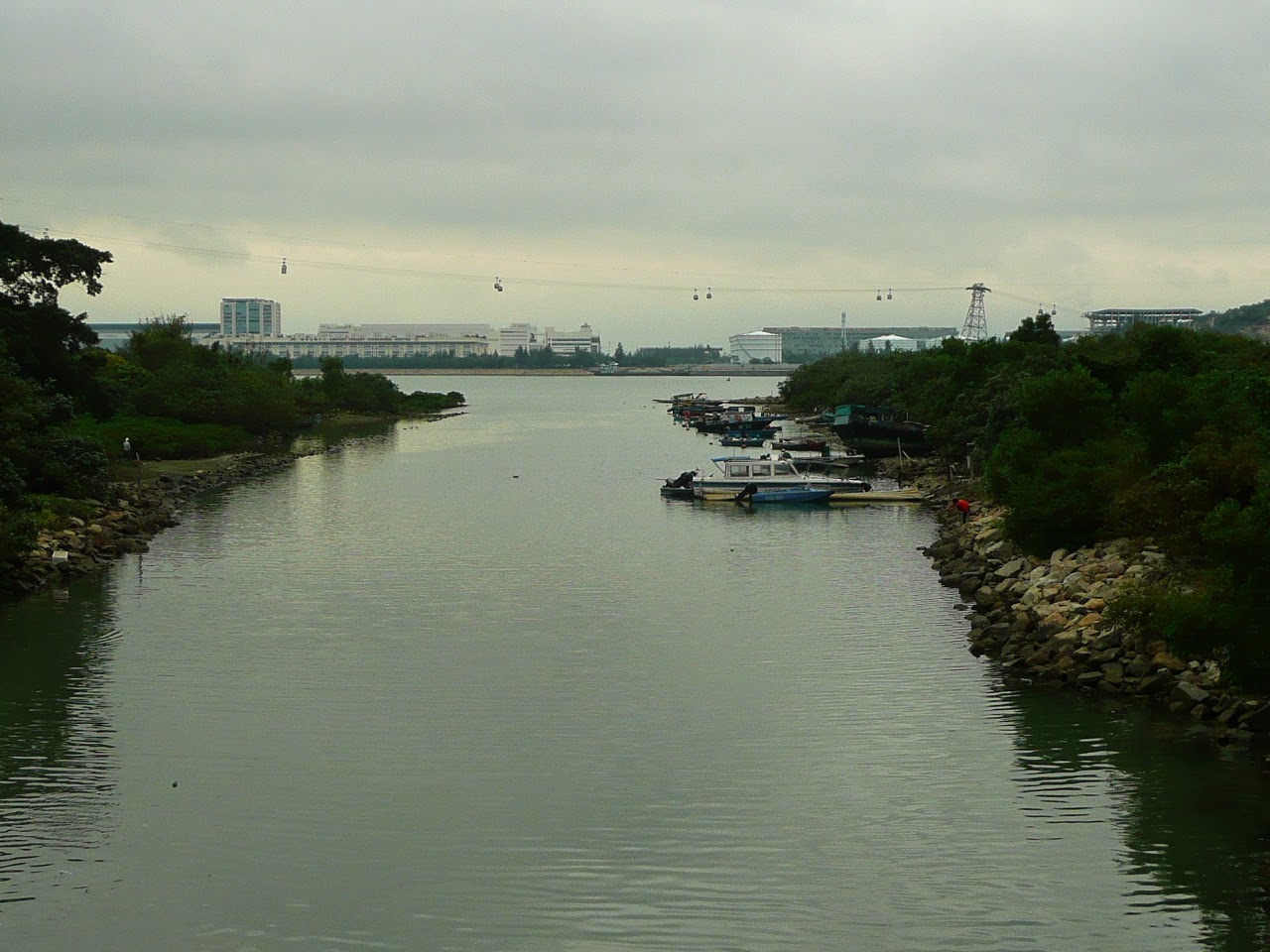 The run up to the hike, where one catches glimpses of
Tung Chung Bay, sections of Chek Lap Kok airport
and Ngong Ping 360 are pretty innocuous 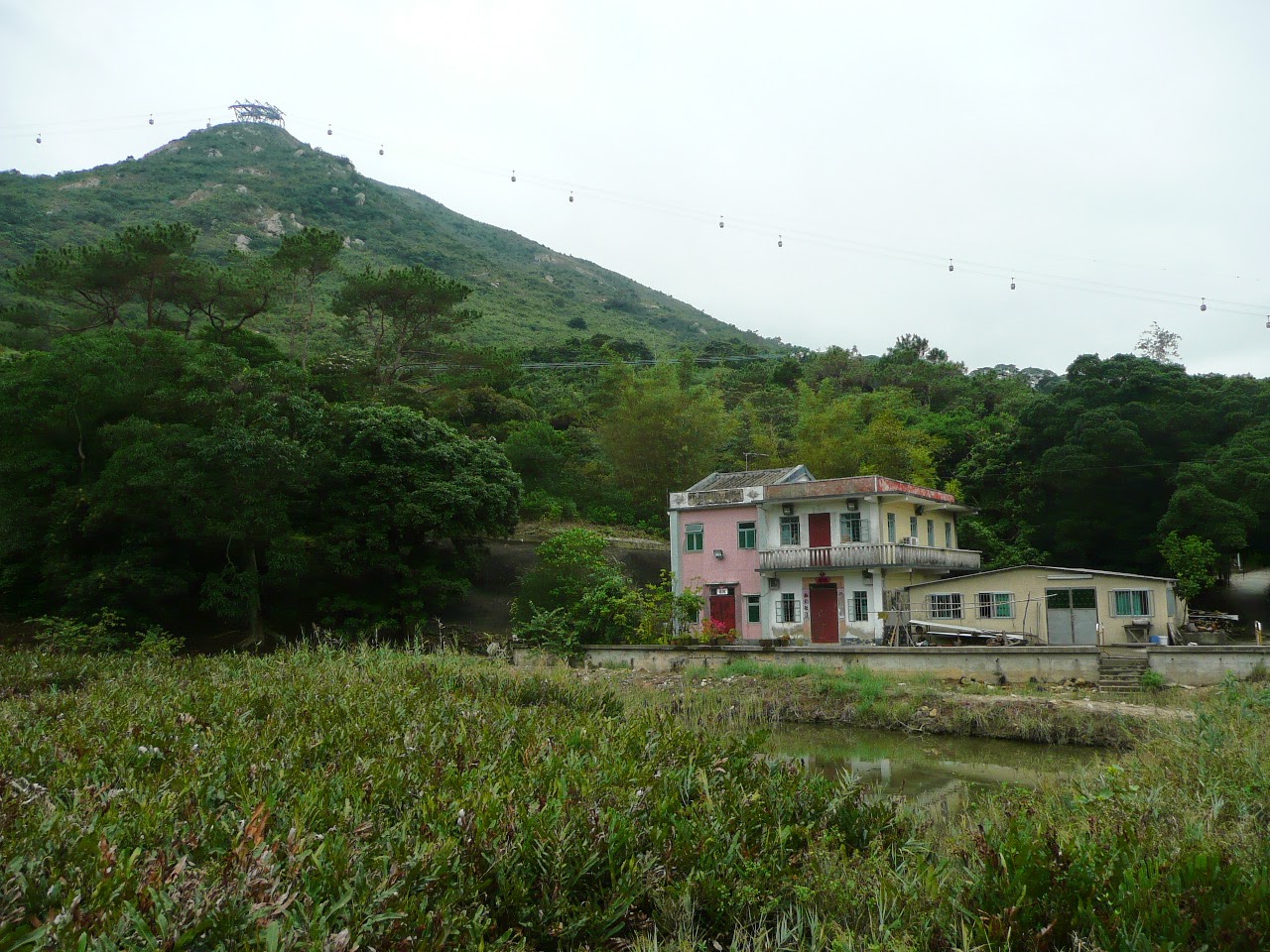 As the first hill that one will have to hike up comes into view
though, one gets a better idea of the task ahead ;b 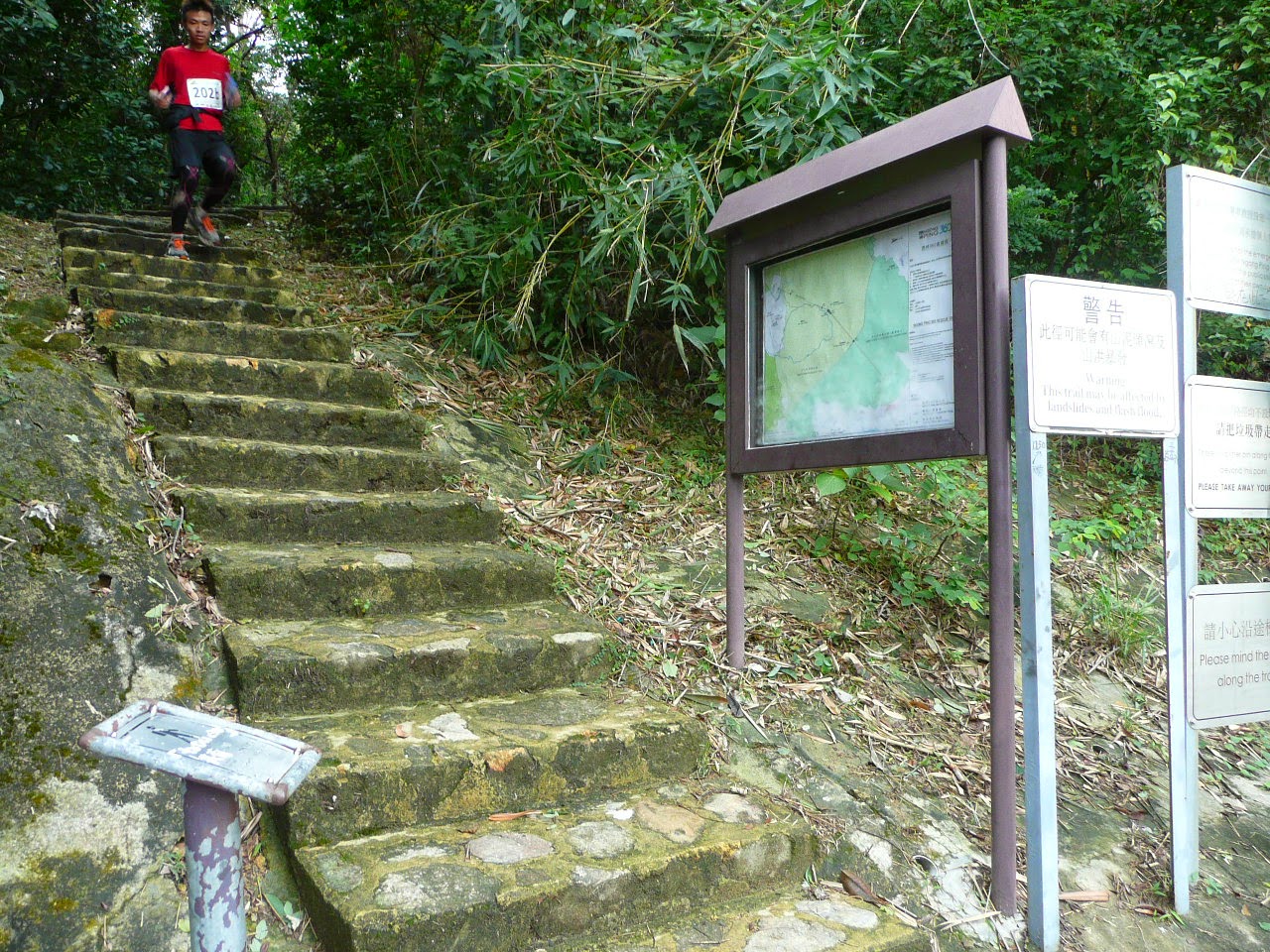 The start to the hike proper's here 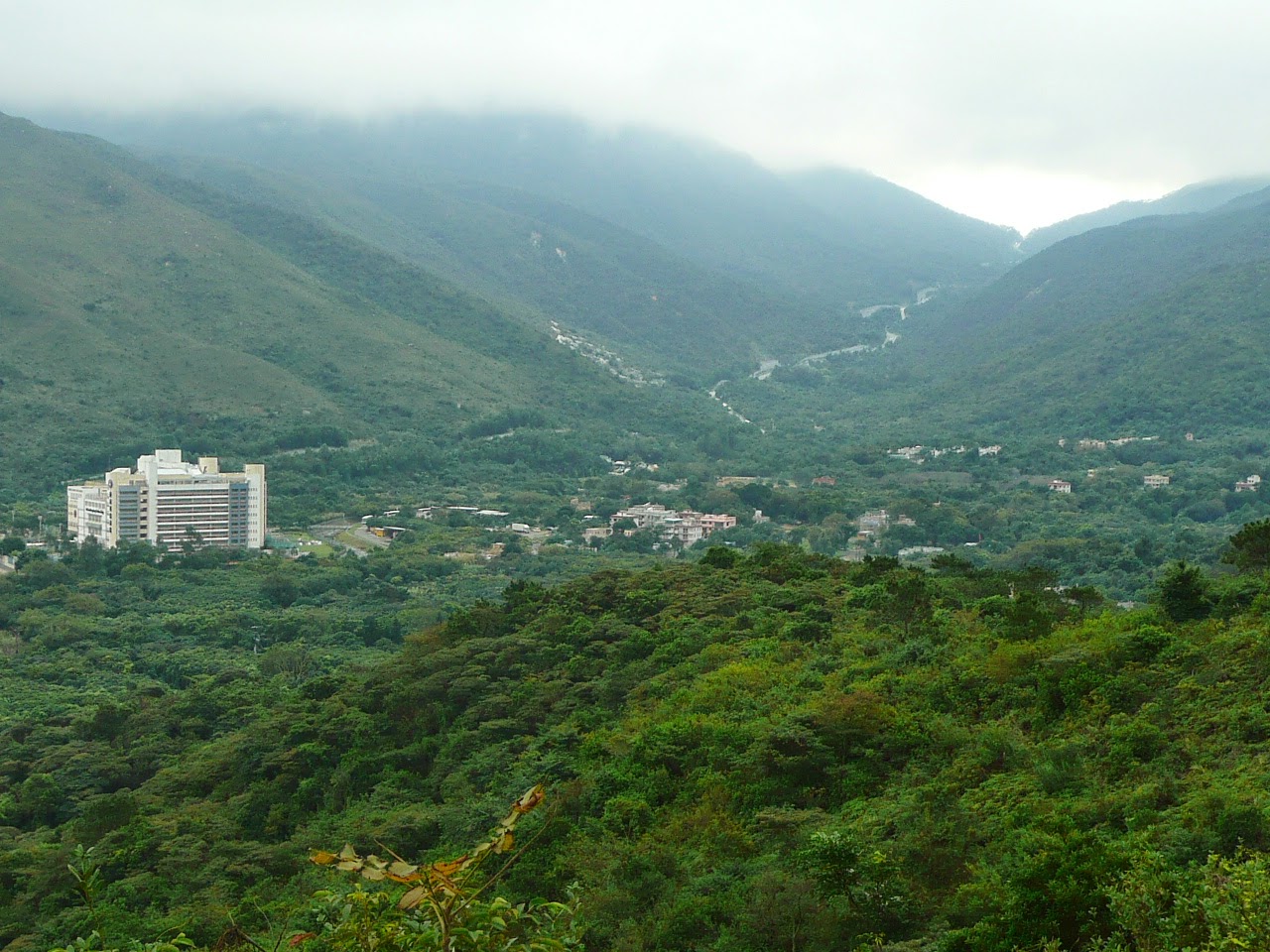 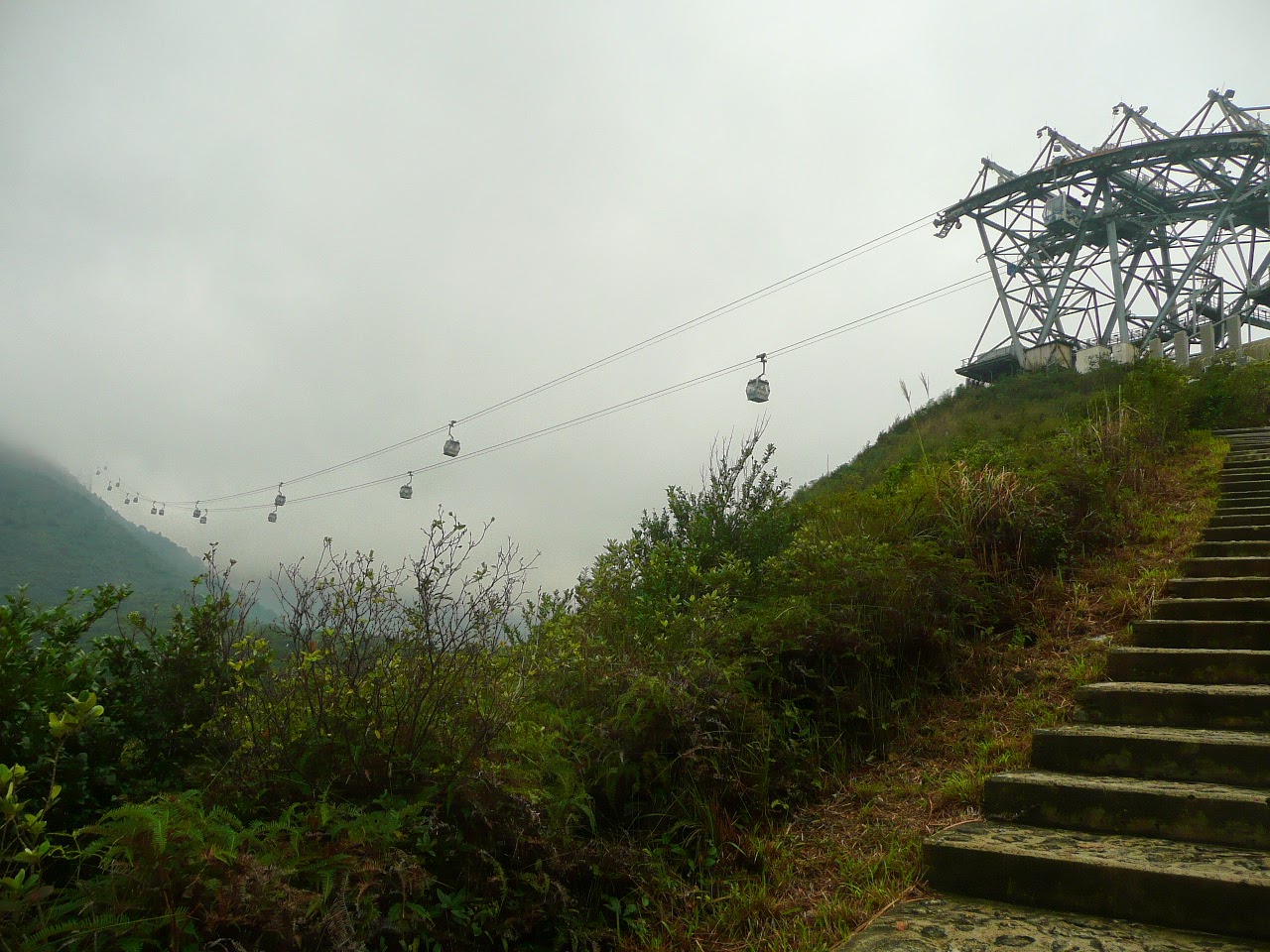 I got a rush of adrenaline upon ascending the first hill
and coming across this sight! :b 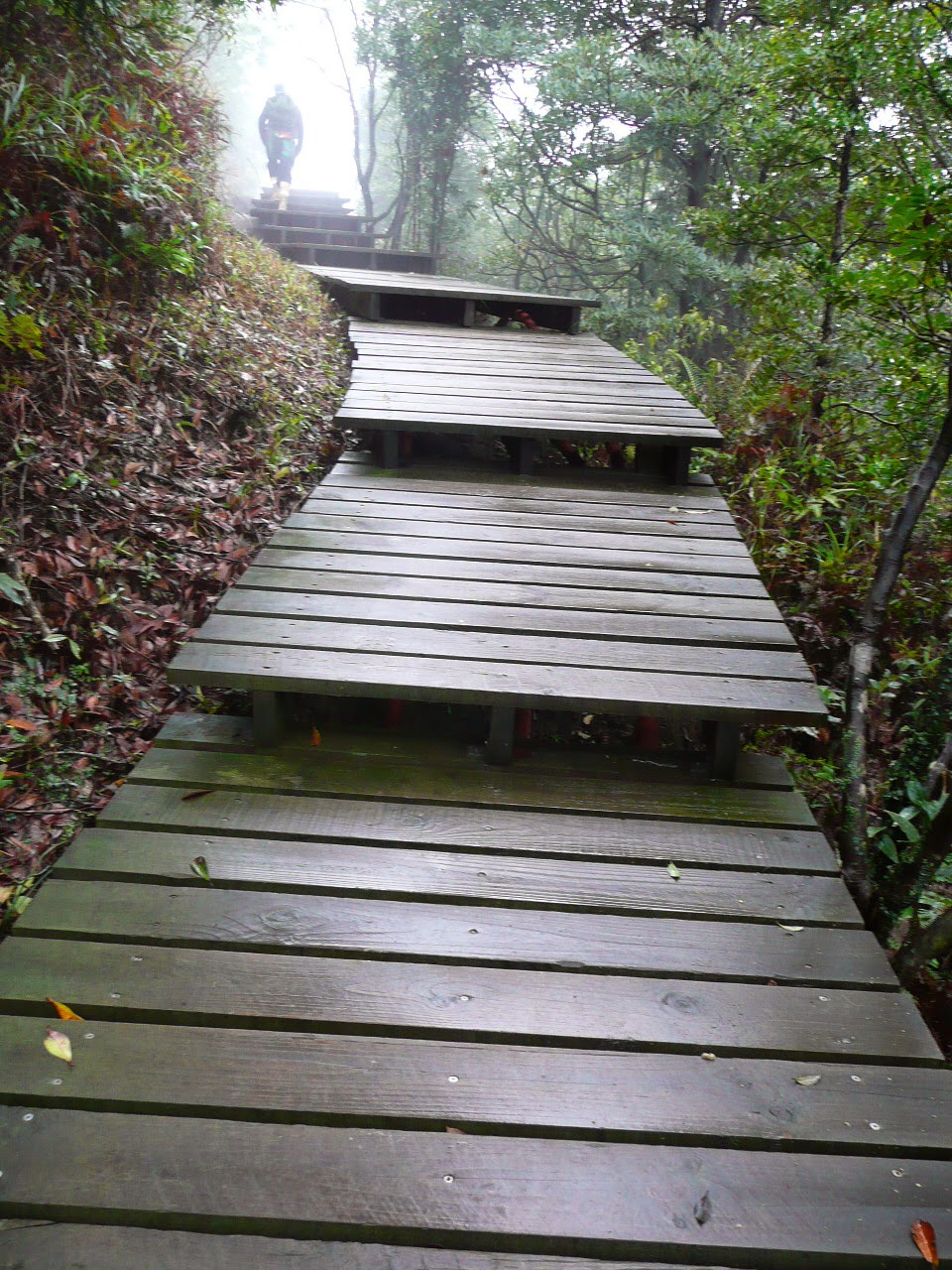 The worst part, frankly, was how slippery the
wooden sections of the trail were! 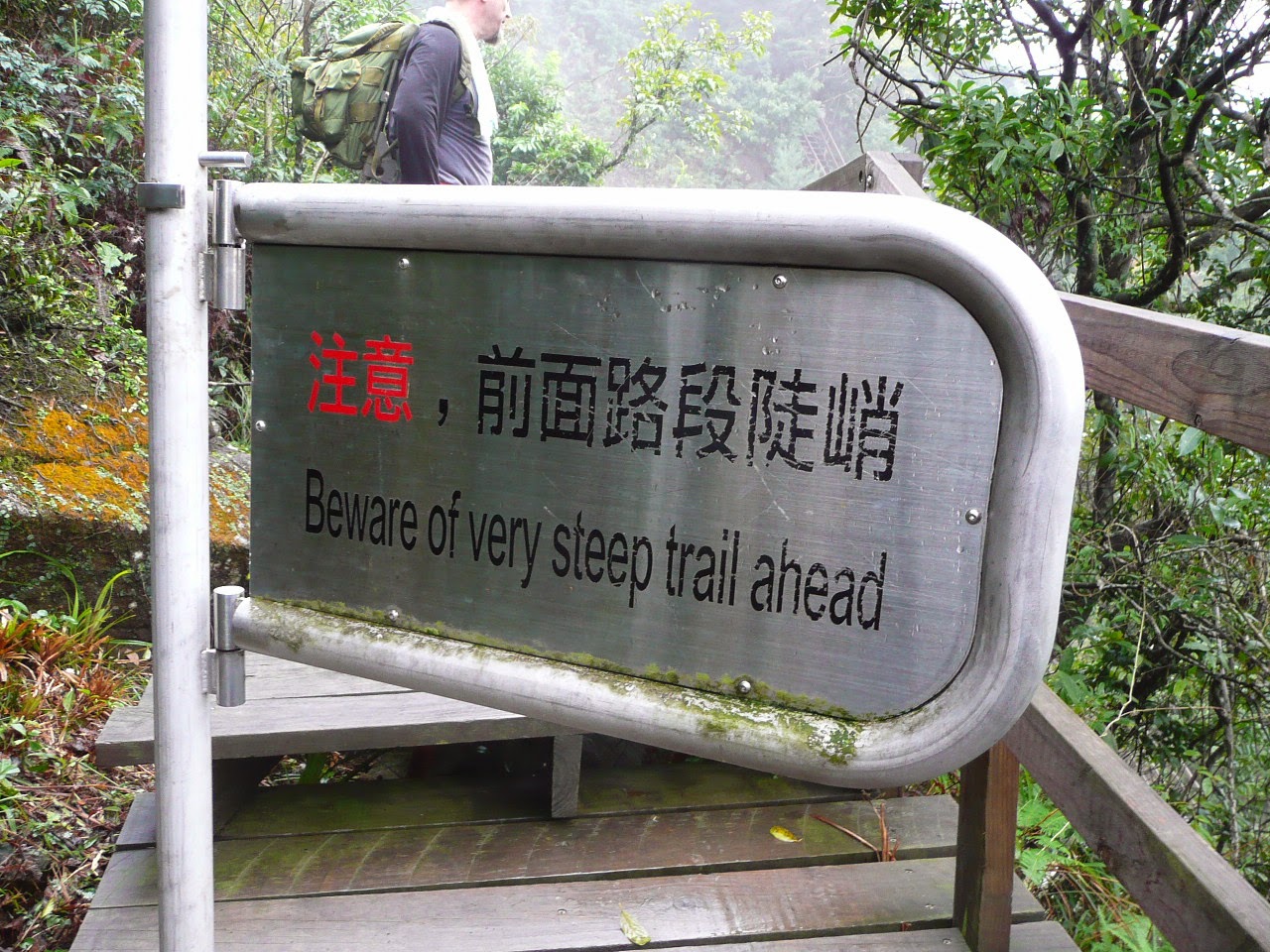 This frankly was a pretty discouraging sign to see
along what turned out to be the upper reaches of the trail! 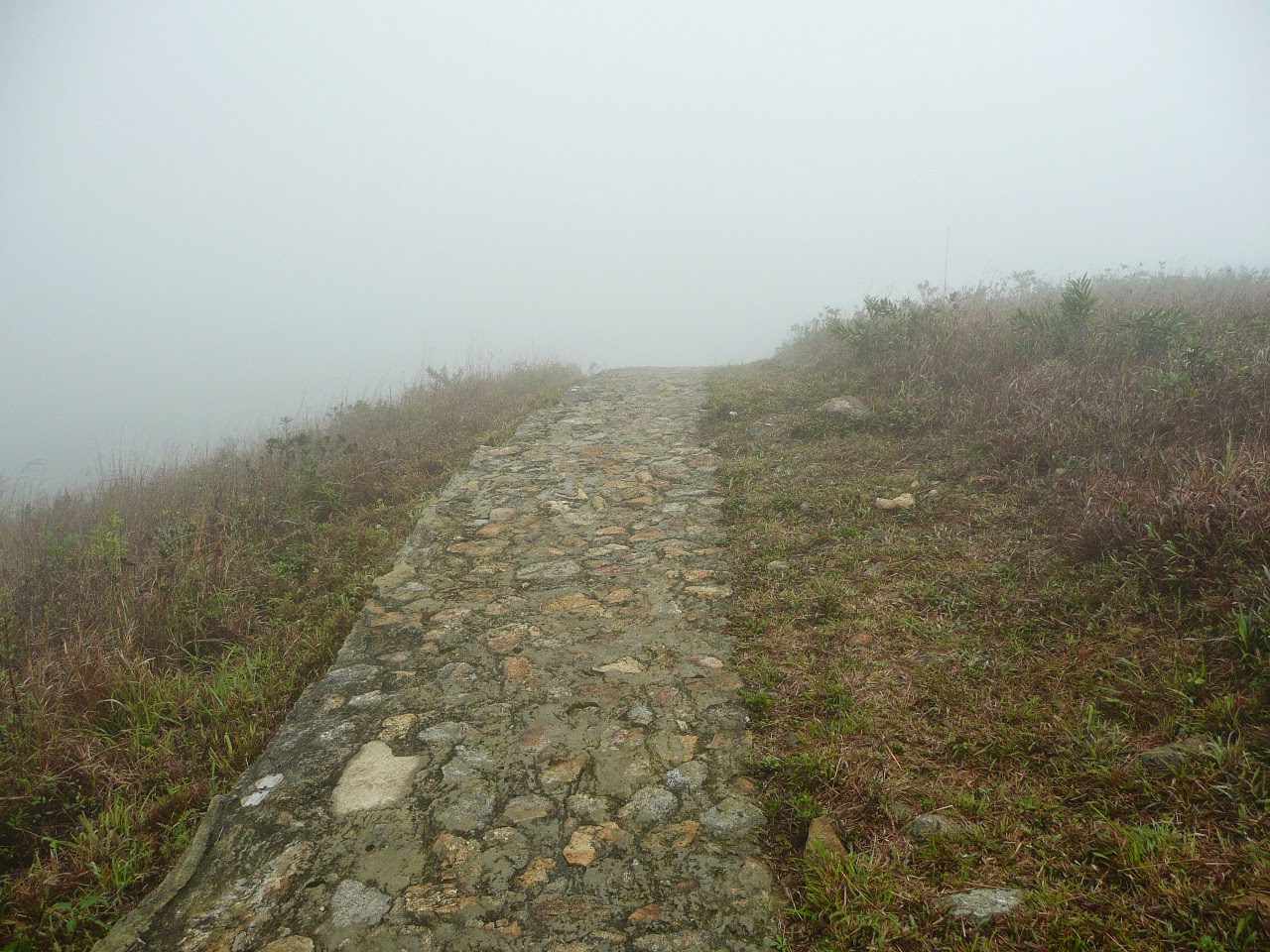 Near hike's end, the mist and/or fog did not help one to realize
that the end (of the hike) was, in fact, just moments away! ;O
Posted by YTSL at 11:59 PM