Though I Am Gone (film review) 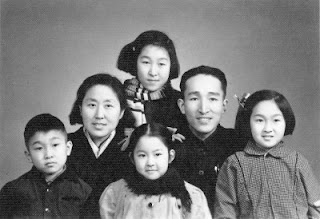 Years ago when I was living in Philadelphia, my Bahamian housemate and I went one afternoon to view Tian Zhuangzhuang's The Blue Kite at a local arthouse cinema. Although we knew what the 1992 film was about, we weren't at all prepared for how emotionally impacted we would be by the tragic drama whose story was set in China, between the years 1953 and 1968. (In all honesty, not only did we both weep a lot during the screening, we couldn't stop sobbing after we left the cinema, while we were waiting for the bus and on the journey back to our house.  And when we got back to the house, even though it was still daylight, we were so exhausted that we both decided we needed to go immediately upstairs to just sleep!)

Based on that kind of experience, I expected to have a similarly strong reaction to Though I Am Gone, a documentary by Chinese independent filmmaker Hu Jie about Bian Zhongyun, the vice-principal of a prestigious Beijing all-girls middle (i.e., secondary) school who was tortured to death by the school's pupils on August 5, 1966.  And although I didn't cry during the film or upon coming out of its screening, that should not be taken to mean that I didn't find it a powerfully moving work.  Rather, it's just that I was affected in different ways by this documentary whose main interviewees are now elderly individuals from Tian Zhuangzhuang's effort whose tale was told from the perspective of a young child.

Among other things, I was struck by how more than one of the people interviewed would often speak in a way that seemed designed to keep their own emotions in check in favor of relating terrible things that had happened (and were witness to -- and often on the receiving end too) in as factual a way as possible.  Nonetheless, personal feelings could not help but leak out -- often in reacting as well as while responding to queries intelligently posed by Hu Jie (who lensed, edited and produced as well as directed the work) as the camera rolled.  And more than once, the interviewees would pause to note with shock very much evident in their voices the very fact that it was children who had carried out the horrific acts on the very adults who were their teachers and school heads.

Even as I write this review, I feel physically chilled and unnerved by the accounts of the physical and psychological torture that children inflicted on other humans in that era of what can seem like mass madness. At the same time, I also took from Though I Am Gone a sense of how much Bian Zhongyun also had been loved by at least one other person.

Aged 85 years at the time that the documentary was made, Wang Jingyao was Bian Zhongyun's husband and the father of her four children. At work at another educational institution when his wife was tortured and then killed on the very grounds of the school where she worked, he only found out about her death hours later. The next day, he went and bought a camera -- and with it, took photographs of his wife's corpse (including at least one shot which has their children posed standing next to their mother's body in the morgue), the smoke coming out of a chimney during her body's cremation, the many hand-made posters with many terrible words directed at Bian that had been hung inside their apartment (which had been broken into days earlier by her school's students) and much more.

These -- together with such as the bloody, soiled, cut up clothes and broken watch she had on when she died, the books she had had taken with her to school that day, the bloody dressing that had been used to try to stem her bleeding (which, as one of their daughters noted in Hu Jie's documentary, continued even after she was dead) -- Wang actually has kept all these years, determined to have evidence of the crimes committed against his late wife, to help ensure that the atrocities committed against her are not forgotten.

Then there are such as the photo Wang took of the view from their apartment window of the open space where -- in the days before the onset of the Cultural Revolution -- he would wait to meet her when she returned from work, and the revelation that he secretly set up a memorial for his late wife inside a bookcase in their home -- things that have more to do with his love for her than his determination to see that justice will eventually be served.   Consequently, even while Though I Am Gone is undoubtedly filled with much sorrow, this thoroughly admirable effort also does leave its viewers with a sense that (some) humanity, love and bravery can and has managed to prevail even in incredibly trying times and circumstances.

*Viewed as part of the Moon Beam: Dating with Documentary program at the Film Culture Centre
Posted by YTSL at 11:42 PM

I suppose that this movie can actually be made shows some sort of progress. I've read so much of the literature of that time, I'm not sure I want to SEE it acted out. But I probably will.

This is a documentary, so there's no acting out of events. But even hearing people recount it is indeed very intense and powerful.

Re the progress: I really have great admiration and respect for Hu Jie, Wang Jingyao and the other people who were involved in this film's making. I also found myself fearing for their safety. I hope that they are okay -- and I also hope the day will come when the film is allowed to be screened in public in Mainland China and Wang Jingyao's wish for a Cultural Revolution museum (where the evidence he collected can be exhibited) is realized.

I wanted to thank you for recommending this film, Though I am Gone, which really introduced me to the Mainland independent documentary film movement. In an e-mail you sent 7/16, you recommended this film. I was pleased that Amazon had this for downloading. Judging by this film and Searching For Lin Zhao's Soul, which I also downloaded, I'd say Hu Jie is a major filmmaker.

It has been a long time since I was as moved by a film as Though I am Gone. Since Hu Jie filmed the documentary while Bian Zhongyun's husband, Wang Qingyao, archived the evidence of the crime against her, it became more of a layered docu-drama.

This is a film about Bian Zhongyun, and though she may be physically gone, it is her spirit which, for me, pervades this film. After watching this, I was motivated to The Blue Kite again, based in a similar time period.

Though I am Gone definitely achieved a purpose with me because the view from the apartment window, where Bian Zhongyun once walked, is now an active part of my memory.

Thank you for taking heed of my recommendation -- and I'm very glad that you got much out of viewing "Though I Am Gone".

And wow re your being motivated to watch "The Blue Kite" again. The one and only time I viewed it, I was pretty close to reduced to a puddle by that Tian Zhuangzhuang -- so much did I cry while and after watching it -- that I've been afraid to revisit it since.