Downhill to our hike's end at Mui Wo (Photo-essay)

From atop the hill where I took photos that ended the previous photo-essay, the trail that began in Discovery Bay and took my regular hiking companion and me steadily uphill could be seen going downhill pretty much all the way to our hike's end at Mui Wo.  Part of me wanted to stay a while longer on top of this hill where wonderful 360 degree panoramic views were to be had.  But I was getting peckish and knew that many eateries serving delicious fare (such as Bahce Turkish Restaurant and Wah Kee) awaited down in that rural Lantau town by Silver Mine Bay.

So down we headed... though not so quickly that we didn't stop every once in a while to admire the vistas that unfolded in front of and around us as we trekked that last section of a relatively short but still recommended trail... :b 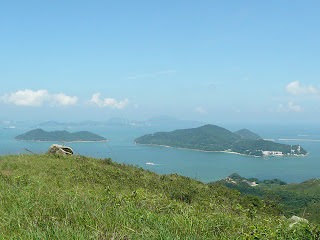 One last look eastwards from atop the hill --
towards Peng Chau, Hei Ling Chau and,
in the distance, Lamma and Hong Kong Island 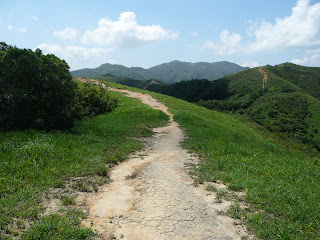 The kind of idyllic scenery I did not realize could be
found in Hong Kong until after I moved to --
and began hiking in -- the Big Lychee :) 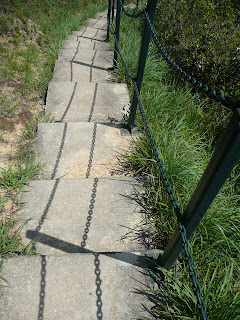 An attempt at an artistic shot along the way :) 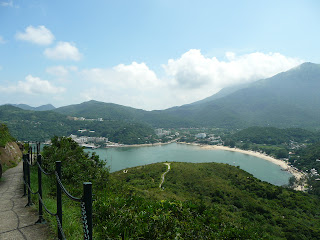 Not too far to go before hike's end -- really! 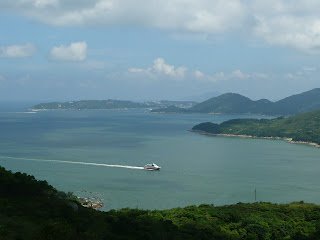 ...still, it'd be a while before we would be
taking the ferry (back) to Hong Kong Island! 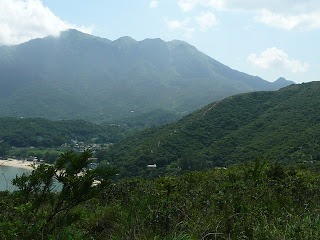 Those high mountains will have to wait for another day
(and ditto re the trail in the foreground!) 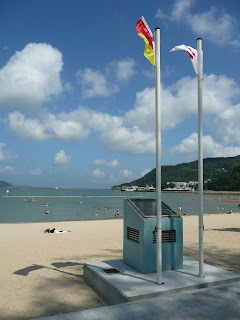 Soon we were at beach level (but no, we
didn't go bask on the sand there that afternoon) 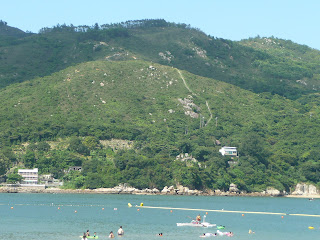 Instead, after a few satisfied looks back at the trail
we had come down the hill on, we went and
treated ourselves to our customary
post hike drinks and slap-up early dinner :)

This is one trail with such breath taking views! Hey there are REAL trees and grass in HK eh ;-)

Hope you checked out ALL of the photo-essays relating to this particular trail. And yeah re there being REAL trees and grass in Hong Kong. :)