How difficult can a hike be if its starting point is just a few minutes' walk away from an MTR station and end point is close to a bus stop? My answer, after taking two Hong Konger friends on one such hike (which begins just a few hundred meters away from the Quarry Bay MTR station and concludes near a stop from where one could take a bus or minibus back up to the northeastern sections of Hong Kong Island ), is that the difficulty level may be higher than one might think given the trail's accessibility as well as dependent on one's level of fitness.

Put another way: I think my friends -- who haven't been out hiking all that much before -- were generally surprised by their experience of hiking from Quarry Bay up Quarry Bay Gap (via Mount Parker Road) and past a few of the Tai Tam Reservoirs; both in terms of what they got to see while out hiking but also how a walk in a country park isn't quite the same as a stroll in an urban one! Still, I think that in general, the experience was pleasant enough to leave them wanting more -- since one of them has been on another hike with me since and the second has talked about doing so again (even if she hasn't actually done so yet!)... ;b 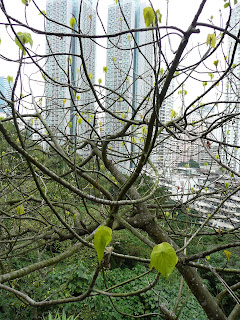 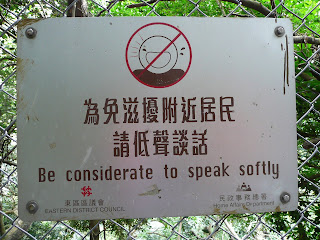 Indeed, this sign seems more for the sake of
human occupants of nearby homes than the non-human
residents of Tai Tam Country Park (through which
the entire trail we were on goes through) 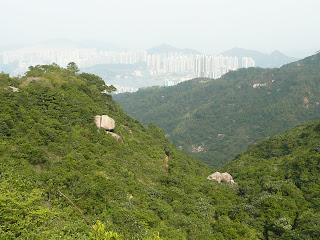 After a while -- and an actually pretty easy ascent up
to Quarry Gap -- though, one finds that one has left
the city quite a ways behind in the distance 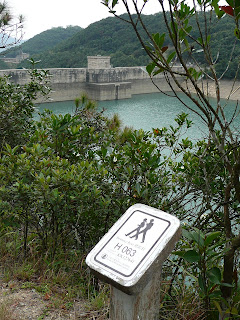 Rather than follow an official trail, I mixed
and matched -- and included (a small) part of
the Hong Kong Trail into the equation 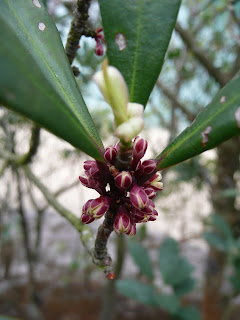 On days when the general color scheme appears to be
predominantly gray along with green and blue,
a sight like this brightens things up quite a bit 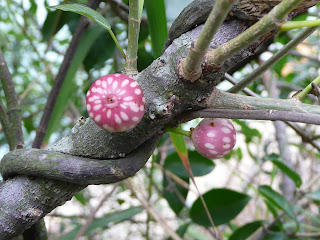 All in all, it's amazing how splashes of color can make
otherwise mundane objects so eye-catchingly noticeable! :) 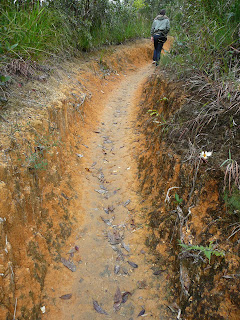 And for those doubters out there: yes, there
really still are non-concreted-over sections of
trail on Hong Kong Island! :D 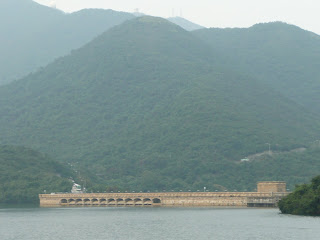 Near hike's end -- a welcome sight for the weary and hungry
(the latter of which we all were -- not least because one
of our party talked incessantly about food she wanted
to eat post-hike even before our hike was half over!)
Posted by YTSL at 9:13 PM